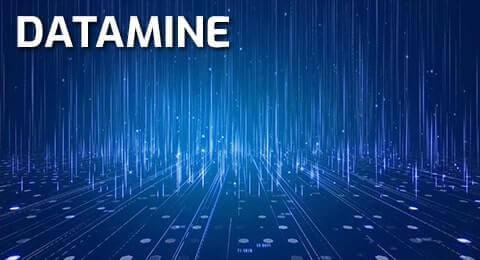 It's Tuesday and that means a new datamine! Today is some super big information as we found creature incubator images! Thanks to our expert dataminers jimbohi and ColoMtn! Without further ado, let's get to it.

Important Disclaimer: Datamine information is not official information and does not come directly from Ludia. Nothing listed in this article is guaranteed to come into the game. Ludia can scrap any of this at any given moment. If you share this information, share it responsibly.

Geminideus are usually found in pairs, appearing at dusk on the fringes of groups of other sauropods. Remarkably, these mysterious titans split from their partners as night falls, traveling alone until they reunite in locations unknown to specialists.

About 25% larger than a modern grey wolf, the Dire Wolf specialized in large prey, competing with Smilodon for Pleistocene bison, camel, and deer. This prehistoric predator went extinct when their prey did, in the Pleistocene megafaunal extinction roughly 10,000 years ago!

Like modern hyenas, Aenocyonyx packs are matriarchal: females lead hunts, and get prime cuts of the kill!

Pyrorixis means fire-breaker." It's a fitting name for this wild Atrociraptor hybrid, which has been observed ramming prey with its head down, shattering bones before attacking with teeth and claws!

Communities on the edges of Indolycan's vast hunting range call it the "Spirit wolf." Swifter than any of her canine ancestors, Indolycan's blue stripes are known to glint in the moonlight just before she attacks.

One of four lethal atrociraptors bred to kill on command, Panthera is swift enough to pursue a speeding motorcycle across long distances-- and deadly enough to take out whoever may be riding it!

Many thanks to jimbohi and ColoMtn for sharing this information with us! Datamine updates usually come out every Tuesday and we post anything we find on our discord server so make sure to join us in there as not all information goes into an article. What do you think of these new creatures? Join our discord and let us know!