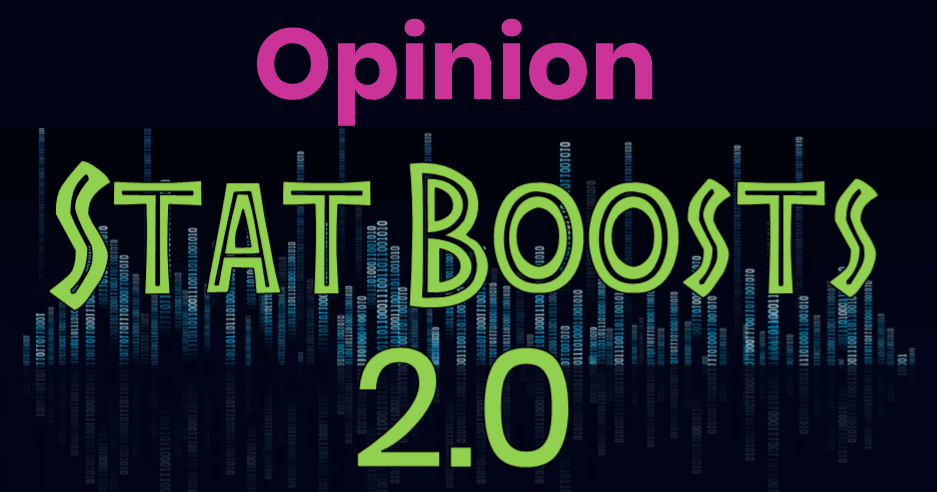 Welcome back, explorers! We are here to talk about the newest hot topic in the world of JWA. Boosts 2.0. Patch 1.10 is now live and with it came Boosts 2.0. And people have opinions about them. We knew Boosts 2.0 was coming as there have been multiple articles written about them and yesterday Ludia even provided a Q&A on what to expect when they went live. What people apparently failed to grasp is the cost of the new system and how that affected their team in the arena. So let’s break it down and discuss how you aren’t getting cheated from anything and this is actually a good thing for the arena.

With Boosts 2.0 came a complete boost reset. Meaning you got back all of the boosts you had applied to dinos. Ludia then applied a 1.5 multiplier to all of those boosts. So if you had 1000 HP, 1000 attack, and 500 speed boosts, you ended up with 1500/1500/750 respectively. This reset and multiplier were applied to every player so everyone is essentially starting from scratch.

Now unlike the old system, the boost cost is now linear. Meaning each tier costs 100 boosts to level up to the next tier. Previously the first 5 or 6 tiers were significantly less of a cost than when you started moving from 7 to 8 and up. This means your previous tier 6 team can now only be boosted to tier 2 across attack and hp stats. And the highest level is now 20 instead of 10.

This doesn’t mean, however, your boosts are suddenly worthless. This just means the progress is significantly slower. Instead of having teams starting to get close to “end game” with boosts and reaching tier 9 in some stats, most people aren’t going to be able to get past tier 5 on most dinos right away if they boost evenly (which you should be doing).

Looking at some of the disgruntled players on the forum and even in our discord, they keep trying to compare the 2 systems side by side. The biggest complaint I see is that they can’t get their team to the same level it was before and therefore their boosts have been devalued. The thing is they are 2 completely different cost systems. We now have a different economy and a boost costs different than it previously did.

And that isn't bad thing. They are trying to slow the progression of the game down so the “end game” can’t be achieved in 3 months. That’s not the point of the game. There were too many players already close to end game levels and reaching tier 9 in some stats. Moving the highest tier to level 20 and decreasing the gain between each stat allows for a lot more flexibility of teams and more strategy and gameplay in the arena.

What this means for the arena

Since boost levels aren’t near as high as they used to be, levels now matter again. Leveling up a dino is more beneficial than boosting it a tier since each tier is only worth 2.5% of the overall HP and attack. Level is also important because of the creature level cap they put on boosts. Since you can only boost a level 21 Thor to 21 boosts across HP/Attack/Speed, it benefits you to continue to level that creature so you can get more tiers for it. This also means it will be more difficult for an average 24 team to beat an average 28 team simply because they have more boosted dinos.

This also means you won’t be able to boost your team to the levels or strengths we previously saw. I have seen some screenshots of dinos already boosted to 15/15/0 (DC) or 4/2/19 (Thor) stats. That has to be about 80% of boosts invested in 1 dino. So what do you think the rest of that team looks like?  With this new system, you need to be even more strategic with where you place your boosts and what stats you invest in. We still believe teams that are boosted evenly and strategically benefit the most in the end. We are working on some more guides to help determine those setups so make sure you keep an eye out for those.

When it comes down to it, the core of this game is hunting dinos for DNA to level up a team to do well in the arena. While boosts have shaken up the arena quite a bit in the past couple of updates, this new change brings the game back to its core. Hunting, collecting, and battling. Give it some time and let the arena shake out. You might rise, you might fall, but ultimately you should end up where you are supposed to be based on the team you have. And if it isn’t where you were before, get out there hunt some dinos and start leveling your team to keep progressing. And make sure to join our discord for more discussion!