A Look at the GP Writer's JWA Teams 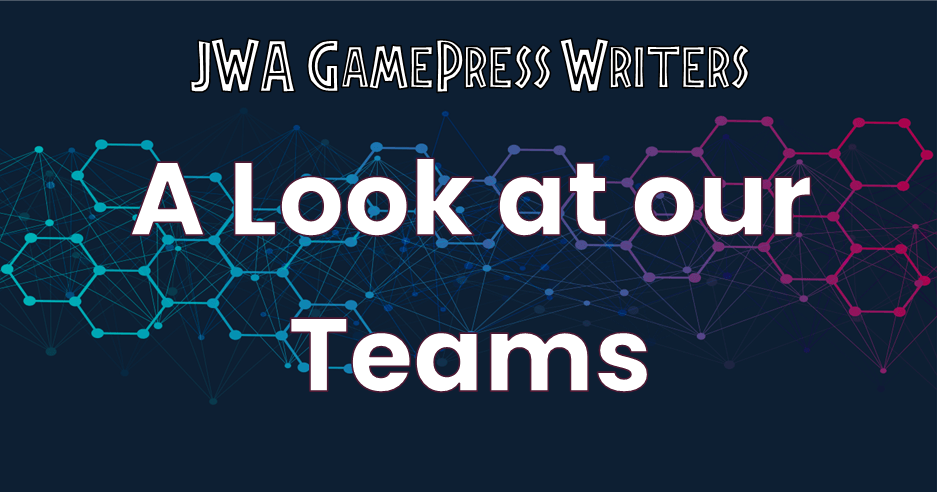 We (Eduardo, Kelociraptor, and Pierebot) have been writing articles for a while now and we thought it would be fun for people to get a glimpse of our JWA teams as well as some insight into why we run them. Eduardo will be discussing his very unconventional team, Kelociraptor will talk about her arena team, and since I (Pierebot) am more tournament-focused, I'll be showing off some of my tournament creatures. 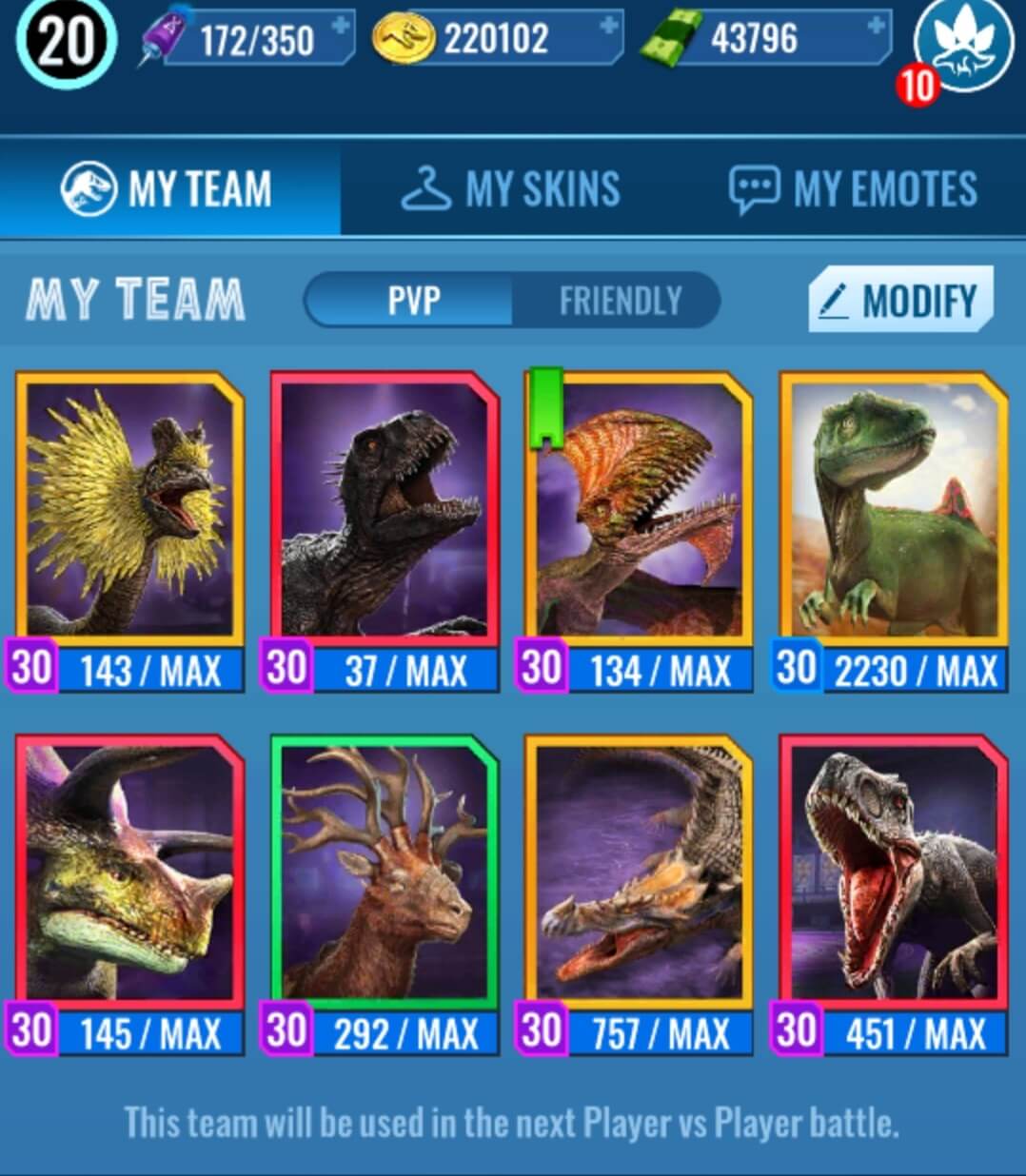 I don't like to brag, but if anyone has the weirdest team in the Lockwood Library, I think I take the cake. Based off my team, only 1 is somewhat relevant. Testacornibus is the one and only unique on the team. Nowadays I find uniques boring and broken (the new ones at least). However I liked Testacornibus before 2.0, and liked it despite what people say about its design. It is easily the best creature on the team, and it is probably the only reason why I'm up this high.

Next up is Indominus Rex. After Erlidominus and Indoraptor were bad for so long and I don't like Tyrannosaurus Rex as a dinosaur personally, I was sitting on all of this Tyrannosaurus Rex DNA and it was just piling up, so I decided to go for the first dinosaur hybrid to hit the big screen. I like the abilities and stats and see it as an underdog these days in the meta with all the flocks. I love the Scorpios Rexes. I find gen 3 too boring because all you do with it is swap it in and then hit toxic quills. I have gen 2 maxed up, but it is not on my team. I do have gen 1 on the team because I like the kit. I wish it was immune to stuns and some other things, but it is fun to swap this thing in on all the Thors and the Mortems of the library. It is a shame it can't use its quills turn 1, but I also see it as an underdog in the legendary meta.

My final legendary on the team is Monostegotops. I fell in love with this creature years ago, and I still love it today. It looks awesome. One of the best designs in the game hands down. It is alright, but it is a shame that stuff like Lystrosuchus is strictly better than it. But it is nice to have when you have to fight all those flocks. I think it'll remain on the team until the day I quit the game

Now I have 4 epics. First up is Dimodactylus. I used to try and make this work in epic skill formats before the buff it got, and now I love playing with it. Watching as all the Skoonasaurus and Trykosaurus down here get bled out. I like the constant pivoting it can do as well as swapping in and trapping something right away before it can run is nice.

Sarcorixis is my other big bad epic. Ferocious impact is nice and helps revenge kill stuff, but I do like it as a lead to test the waters. It's got some nice tools that I like, and the stunlocking is fun (for me).

Concavenator is my resident nonhybrid. My instant lead if I draw it as many people usually start tanks. Has a solid build, especially when fighting the occasional anky lux. Kind of sets the stage for a swapper or revenge kill.

Ovilophosaurus is my last creature, and in my opinion, it's the most fun creature in the game. It has a solid but wacky kit, a set of resistances that make it good but not broken, and you can't describe it, but playing with it is just a lot of fun.

Also like to give a shoutout to Sinoceratops and Stegoceratops. Both were on the squad for a bit, but got replaced unfortunately. Both are nice epic swappers. Not the best, but fun to play with. 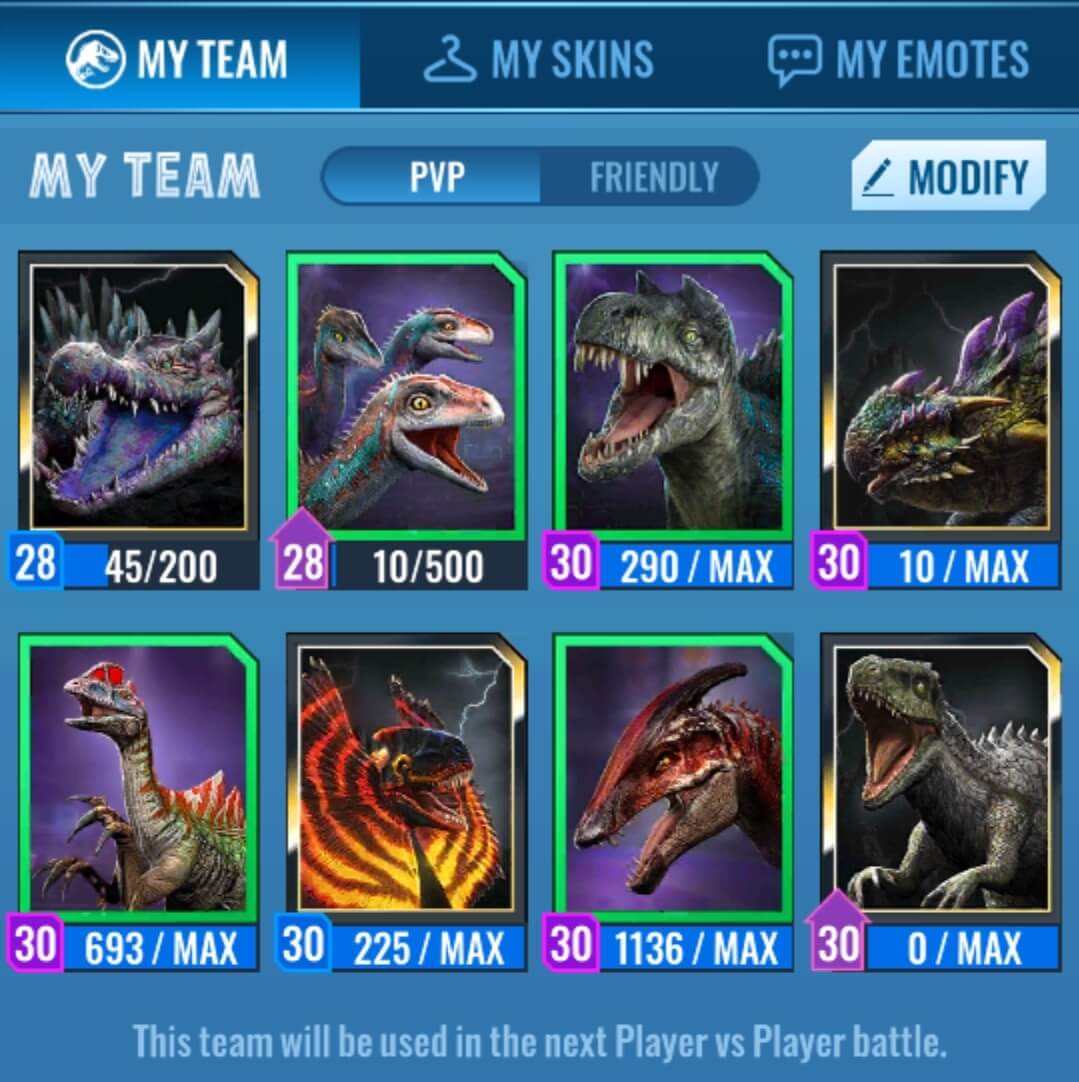 I’m not F2P, but I’m also not your biggest spender. In a nutshell, my team is fairly meta but the variety that comes with mild to light spending. The only creatures I am currently using that I used actual money to accelerate are Compsoraptor and Parasauthops. I waited out a very slow grind to get Imperato to Level 28 before recently boosting and adding to my team. I don’t really have a favorite of this bunch (I miss you so much, Magnapyritor, I hope they make you great again!), but I feel most confident when I see Compsoraptor in my lineup. Indonemys does own a special place in my heart because I like cats. It may not resemble a cat, but I know there’s kitty in the DNA! 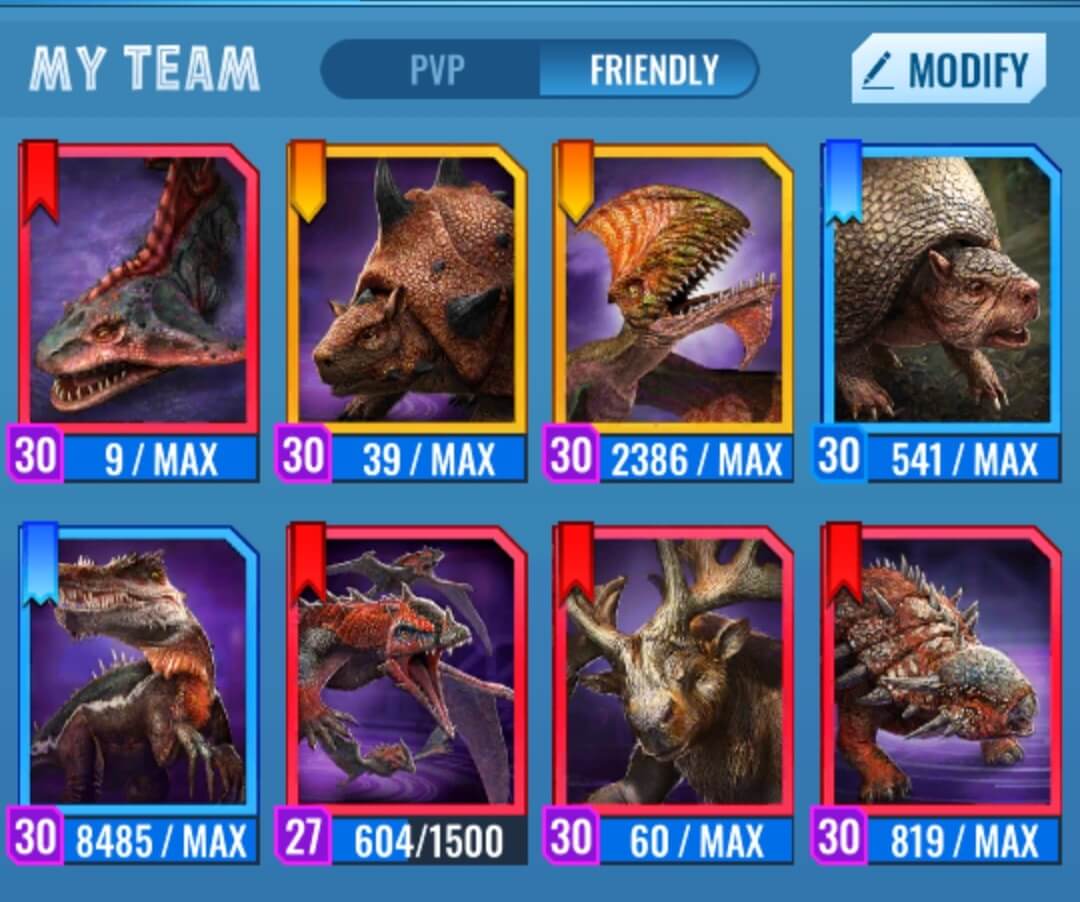 As I mentioned, I am a tournament-focused player. So that means all of my resources go to tournament creatures for the most part. While I have much more than what's shown above, I wanted to focus on my favorite rare, epic, and legendary creatures I have leveled and boosted. I have a mix of hybrid and non-hybrid so I have options when there are restrictions, and I am always working on more. I have many more boosted from these rarities, but these are my favorite among all the formats. We'll start with the Legendary.

I absolutely love Diplovenator. The ability to distract without being distracted plus the definite counter attack makes it a heavy hitter that can really deal out some damage. It is something that can catch people by surprise or even swap in for a sneaky counter attack kill.

Ankylomoloch is one of the best tanks in the legendary format. It is chonky and as is often the case with a lot of my team, it's a fantastic counter to flocks.

Ankylodactylus is on the top of my list for one reason: Rexy counter. We all know how formidable Rexy can be in the legendary format and Ankydac is one of the few reliable counters. The dodge as well as instant cunning attack make it difficult to kill. It can also slow opopnents down and shield when it needs to as well.

Eremoceros (or Sloth Deer as I like to call it) was one of my first legendary projects when I started working on my tournament teams. It's fun to bring out against the fierce creatures and the animations of it pounding the ground is one of my favorites in the game.

Ankylodicurus is probably one of my favorite epic creatures. I call it the spiky armadillo and it has some major survivability and can do some big damage as well. With creatures like Megalotops and flocks dominating many of these tournaments, Ankydo is a fantastic counter that can be tough to handle. For the Rare creatures, Doedicurus is one of my favorites for the exact same reason.

Dimodactylus is also another one of my must have creatures in tournaments that it is allowed. The no escape, counter attack, and ability to swap in and out to bleed something out is especially helpful. It can be a pain to kill and having immunity to swap prevention means it can often be swapped in or brought in several times in one match.

Suchotator was one of my first hybrids I ever made in the game and will always have a soft spot in my heart. It has so much versatility in its kit being able to slow, bleed, null, and distract. It can handle flocks, fierce, cunning, and almost every other creature. If it doesn't win the 1v1 matchup, it has the ability to at least get the health down enough for something else to be able to come in and clean up.

There is a peek at our teams and we hope you enjoyed some insight. What is your team and favorite creature? Join our discord and get in on the discussion!