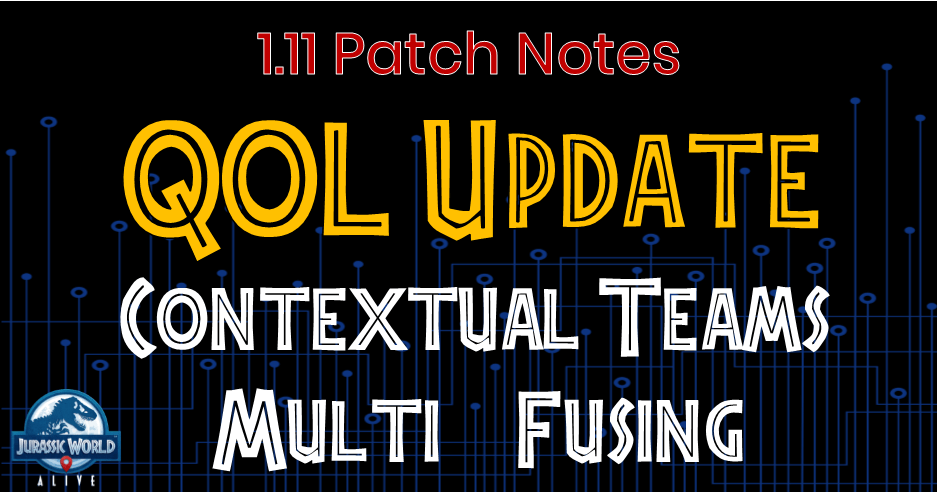 Perhaps the greatest addition will be the implementation of Contextual Teams. No more pit in your stomach as you accidentally jump into the arena with your tournament team. No more spending time adjusting your squad to defeat that Epic strike tower. Want to practice for a tourney or test out new creatures in a friendly battle without having to change your arena team out? We will have the opportunity to set up 4 separate teams for various battling: PVP, Friendly, Strike, Tournament. PVP and Friendly will, of course, be used for just those, and you will be able to switch between them via tabs at the top.

Tournament teams will be exclusive to that specific tournament and will expire once the reward is ready to be collected. This leads us to believe that you will still need to reset your team even if you’ve previously saved one when a particular tourney comes around again.

Finally, every Strike Event will have its own team which is automatically selected at each step. The selection flow has been changed to mirror Campaign mode, where you can fill up the slots by choosing from your roster.

It’s important to note that creatures on your PVP, Friendly, and Tournament teams may not be placed in the sanctuary while they are on those teams. As before, any creatures in Sanctuary will not be available for any of your teams.

Another long-awaited time-saver will be the ability to multi-fuse. I have been tracking my fusions toward Thylacotator and currently sit at 1,126 (Suchotator + Thylacotator) just to get to level 25! With new multi fusing, I could have taken care of that in hundreds of fewer presses. Trainers will have the opportunity to perform 5, 20, 50, 100, or 250 fusions at once. Of course, you will need to have adequate DNA and coins to support whichever level you choose. This feature is not available until players are level 17, and you must have already created the hybrid the old fashioned way. It will be possible to exceed the creature’s level up requirement which allows us to accumulate a large stockpile of the hybrid’s components before multi-fusing. I’ve always tried to save up multiple fusions in order to mitigate the 10s, and this feels like a great opportunity to take that to another level.

Both contextual teams and multi fusing are top-notch QOL improvements the player base has been wanting for a long time. We are extremely glad Ludia has listened and finally delivered! Make sure to follow us on Twitter and Facebook where we will keep you up to date with information, and join our discussion on discord as we talk about the patch notes and what it means for our teams and the arena!