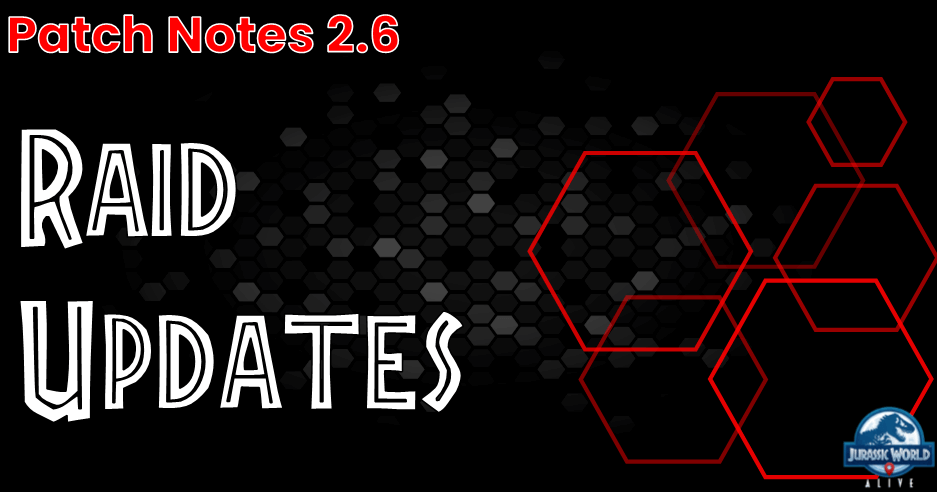 Explorers! Jurassic World Alive has received Patch 2.6, and GamePress has everything you need to know about it! As always we have compiled all the information into specific articles, so you can focus on what you need to know! Below you will find the full list of articles:

For this article, we are going to discuss a new raid that will be added to the map as well as some other raid changes.

When you thought the Raid schedule was full enough, they have added another with the introduction of a Carnotaurus Boss. Carno will be on the map on Tuesdays. This is a rare raid so that means it will be limited to Rare and Common only creatures that you can use to defeat it. However, it should be something you can defeat with only 2 players. Not many players really need Carnotaurus DNA but if you love raids then this is another way to stay active in the game! Here is the updated Boss Schedule with Carno added to it: 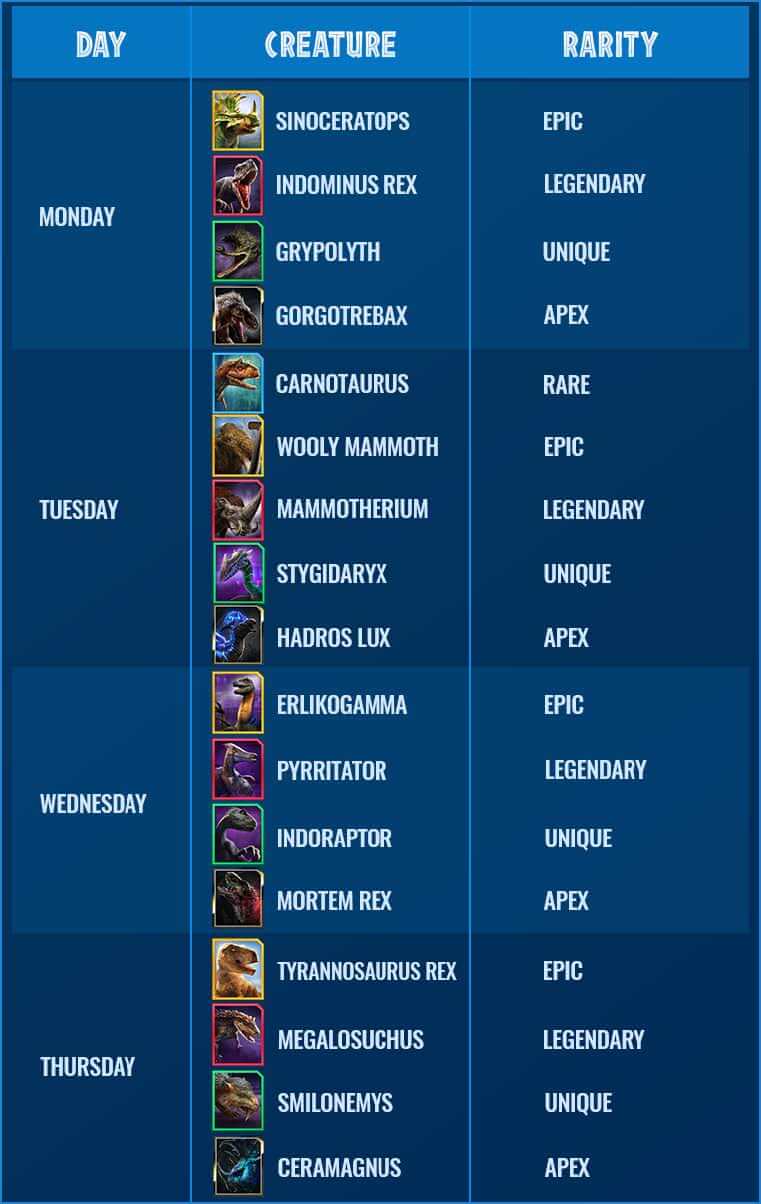 In addition to adding a rare boss, there are some other raid changes.

You might have missed this part, but raids are all unlocked after completing Chapter 3 of the campaign. That means more players should be able to participate in the raids. Not sure if this is a good or bad thing yet, but they should at least be able to help with the rare and epic raids to help get more DNA. Some other changes:

Raid Battles
- A warning pop-up will appear when a player tries to fight a raid boss alone.
- The Mammotherium raid boss’ Creature level has been reduced to 16.

Raid Rewards
- The contents of Raid incubators now depend on the player’s level to allow lower-level players to start participating in raids.

It seems they are wanting to allow more players to be able to access raids earlier. While this is great for the lower level raids such as the rare and epics, this can cause a major issue in the arenas for players that are able to get carried through some of the Apex Raids. While we love the idea of more players being able to participate in raids, the Apex are considered end-game creatures and shouldn't be in the Badlands. Hopefully, that's something they look at in the future.

The raid additions and changes will make for a crowded map on Tuesday and it sounds like we can expect more rare bosses in the future as well. Hopefully, they are exclusive DNA like Marsukpial Lion or Kelenken so everyone can benefit from participating. Our discord should be talking about the new patch all day so if you want to join in on the convo, come check us out!