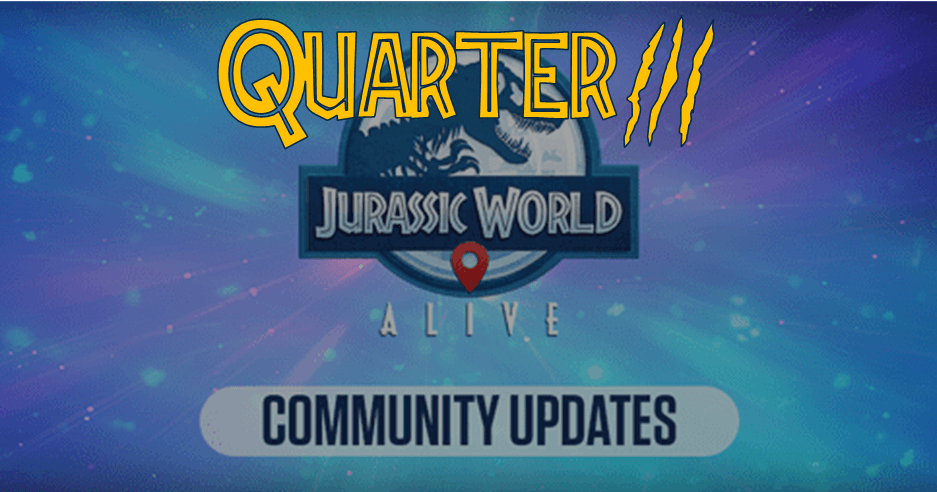 Explorers! Ludia has released the third Community Update for the year, revealing their Update Schedule, answering fan questions and more in it! We will break everything down in this article, and see what Ludia has to offer for the next quarter of this year.

The Roadmap shown for this Quarter shows that we have two updates coming our way. Considering how much Ludia has been pumping out Updates as of recently, this is no surprise, but we do not think we are the only ones who think it might be better to slow down the pace of releasing Updates. It's getting harder and harder to keep up with all the new stuff, getting to a point where people will just not go for a specific creature because it might be considered wasting resources (author's note: Still haven't unlocked Dreadactylus). We will put the Roadmap below for you so you can read the entire thing for yourselves if you haven't done so already. 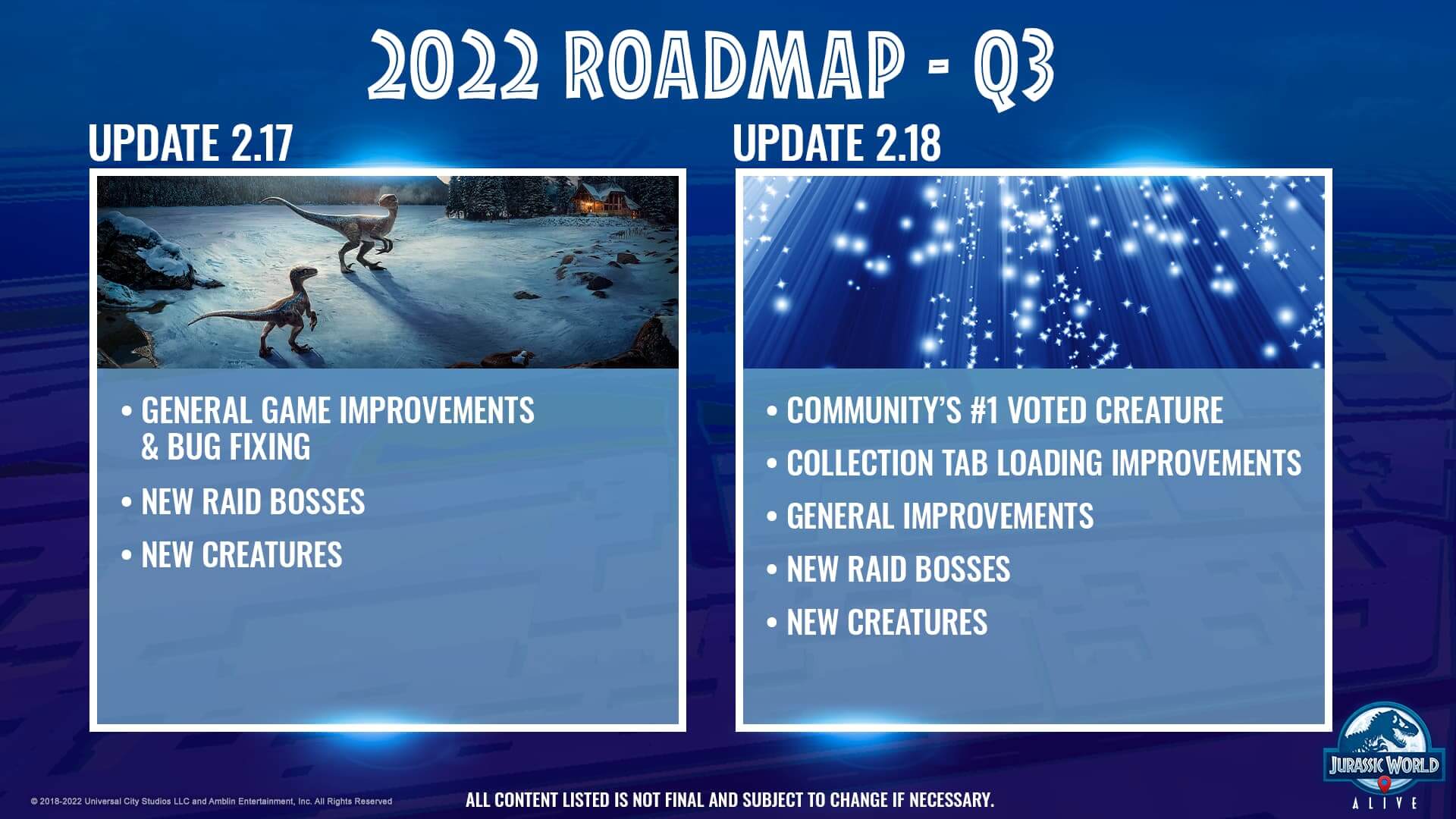 This Roadmap shows that in both Update 2.17 and 2.18 we will be getting new Raid Bosses, New Creatures and General Improvements. Of course we are already aware of what 2.17 has to offer thanks to the Patch Notes (go read our articles on them if you haven't already!), but this is the first information on 2.18. It seems we will be getting the Number 1 voted creature from the Creatures and Features Poll Ludia held a while ago, which is very exciting! Rumours have been going around that it is Indonemys thanks to the datamined move Prowling Cloak, but it remains to be seen until Ludia officially announces it!

With this Community Update, Ludia has given us some information of what to expect these Updates and the remainder of the year. We will break it all down for you point by point to see what Ludia is up to.

Ludia has also noted some information about Flocks, and the Community's so-called "Flock fatigue". Ludia has mentioned that they have taken notice, but they will continue to release plenty of Flocks this year to make sure hybrids and end-game content of the families they introduce. They will turn down flock release in 2023, but for now, expect Flocks to be in each Update until 2023.

They gave some minor information about Diloracheirus and its rework, reworking this creature to change it from the least utilized to properly utilized to combat the dominating Fierce at high level play.

Finally, Ludia has addressed the lack of Flock counters in Legendary Tournaments, and has mentioned to look into older families like Sauropods to counter them, providing more insight when they find a right design. This would mean that previously underused Legendaries such as Gigaspikasaur and Nodopatotitan might become relevant in a future update to combat Flocks, but let's not jump the gun until Ludia officially announces it.

Ludia has given us some more information on the Berserk abilities, as well as Alert Squall. They are nothing too special that haven't been said in the Patch Notes for 2.17 already, but they are a nice read if you want to freshen up on the two abilities.

Finally, Ludia has shown the future Raid Rarities that will be added to this game. 2.17 will bring us a Rare and Apex Raid, meaning 2.18 will bring us an Unique Raid. Which leaves the question why Ludia has listed Raid BossES in the Roadmap, but this could all be a typo for all we know.

In the Inquiry Incubator, Ludia has answered some fan-submitted questions that show a bit of the future of the game.

Insects coming into JWA was not really a surprise if you have seen Jurassic World: Dominion. To not spoil the people who haven't watched it, insects were featured in that film, so it makes sense Ludia is going to implement insects into JWA at some point in the future. It does open up a lot of interesting possibilities, as prehistoric insects are quite fascinating.

It is interesting to see Ludia mention Creature Tracking, as it was featured in the Poll they ran. Is this a teaser of what Feature won in that poll? Only time will tell.

A new Arena is something that people have been asking for a lot. With how crowded Aviary and Lockwood Library are, it is creating a bottleneck for the players in those Arenas, and a new Arena has often been proposed as a solution to this. However, with this statement, it seems Ludia is not planning on adding a new Arena soon, but this does not mean it's off the table.

Solo Raids are not coming into JWA, and to be honest we do agree with Ludia's vision of the Raids. They bring people together, and it is a good thing as an Alliance or group of Friends to work together to defeat the powerful Raid Bosses. So in this sense, we agree with Ludia on the Solo Raids. And if you really want to do Solo Raids, Rare Raids are always an option, as those are able to be done Solo (Purrolyth is a great option!).

Finally in the Community Update, Ludia has shown some fanart of people on the forum. They look really good so be sure to check them out if you are able to!