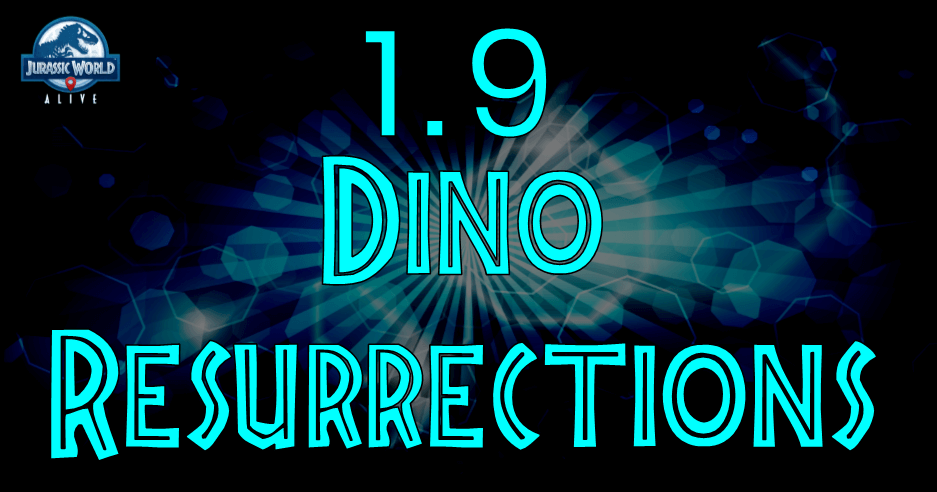 Now that patch notes are out for 1.9, it's time to totally overreact. THAT'S RIGHT! HYPE MACHINE!

And while everything always looks better on paper than in practice, we wanted to spend a little time going over some of the creatures in patch notes that had intriguing changes that might now put them at the top of your team once again. Most of these dinosaurs had relevance in old patches, maybe even enough to justify a top 8 slot -- but after nerfs and buffs and power creep and meta changes, they just fell further and further down your bench.

But the biggest reason we think this meta is going to shake up how things are done is because of how it affected dinosaurs that many who played the game since day one had benched. New dinosaurs don't do a good job at shaking up the meta right away, because it takes a long time to level them. Some easily accessible ones like Thor did a good number on the meta pretty quickly (because the materials were so easy to obtain compared to other uniques) but changing existing dinosaurs who used to be overleveled monsters? That'll have an immediate impact.

This is a big shakeup in the meta. And you might start seeing some familiar foes come back with attitude. So let's get into the 5 biggest creatures that are back in business and why we think they'll do well in the 1.9 meta! 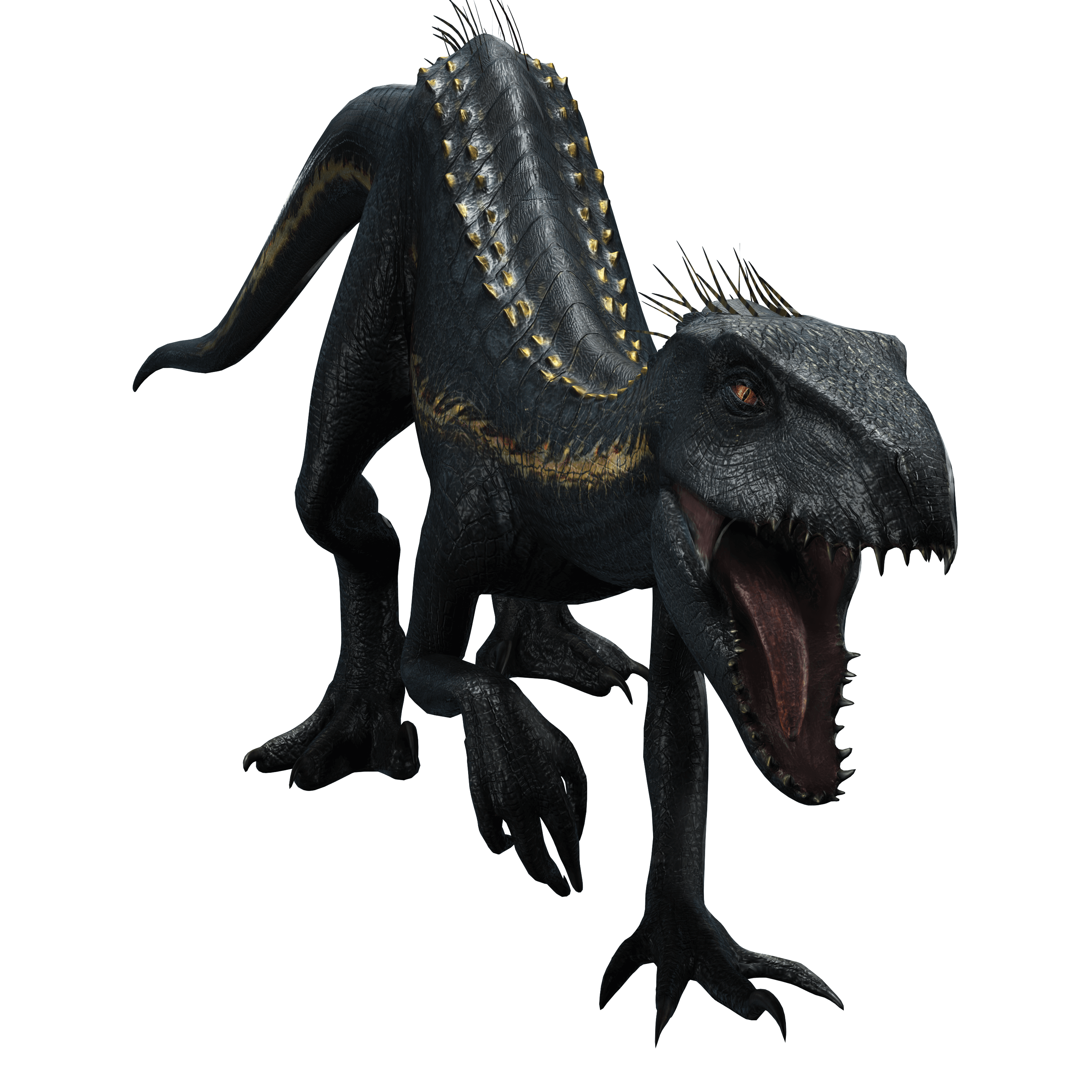 Many people dropped Indoraptor from their teams after the dodge changes. It suffered from power creep for quite a while, and it suffered entirely too much from a meta that was simply built to oppose it with nothing else ever quite gaining a foothold. While a true bleed meta would have caused Indoraptor to come back to relevance, we've sort of had 3 patches worth of a Theropod meta (Thor, Trykosaurus, Tenontorex) with some sprinkling of nullifiers, distractors, and stunners (Magnapyritor, Procerathomimus, Utarinex,and more recently Geminititan and Quetzorion) and a flat out cloak-killer in Diorajasaur. Looking at the list of relevant top tier dinos, pretty much all of them were beating Indo in a straight 1v1. So it's no surprise that after evasive stance was changed from the biggest gamble in the game to the biggest waste of time move (good for a less-reliant on RNG meta, but bad for indo), a lot of people dropped her.

But what do all of these foes have in common? Distract. And stun. Making Indoraptor immune to distraction and stunning may be the most clever move Ludia has made in terms of rebalancing a creature. For one, it's brilliant because it changes none of the stats of Indo -- an already balanced creature that just couldn't get two shots off. Second, the change is so subtle that it might take a while for players to catch up. But the first time Indo comes out and faces a Tryko -- and the Trykosaurus user realizes that instant distract won't work, and that it is taking at minimum a full strength Defense Shattering Rampage, people will start to come around quick. Sure, you still may need some help from evasive. But a properly damage boosted indo is going to two shot a LOT of things. Anything relying on instant distract is no longer going to be able to delay a massive hit. Anything relying on Instant Charge won't be able to stun away the pain. Indo goes from losing straight up to Dioraja, Thor, Tryko, and Tenontorex, to winning 50% or more matchups. As for Rinex, suddenly that's not an auto loss either. It goes from an auto loss to a head game, which leaves the cards in the hand of indoraptor and whether or not the sneaky former king of tyrants tries to evade. 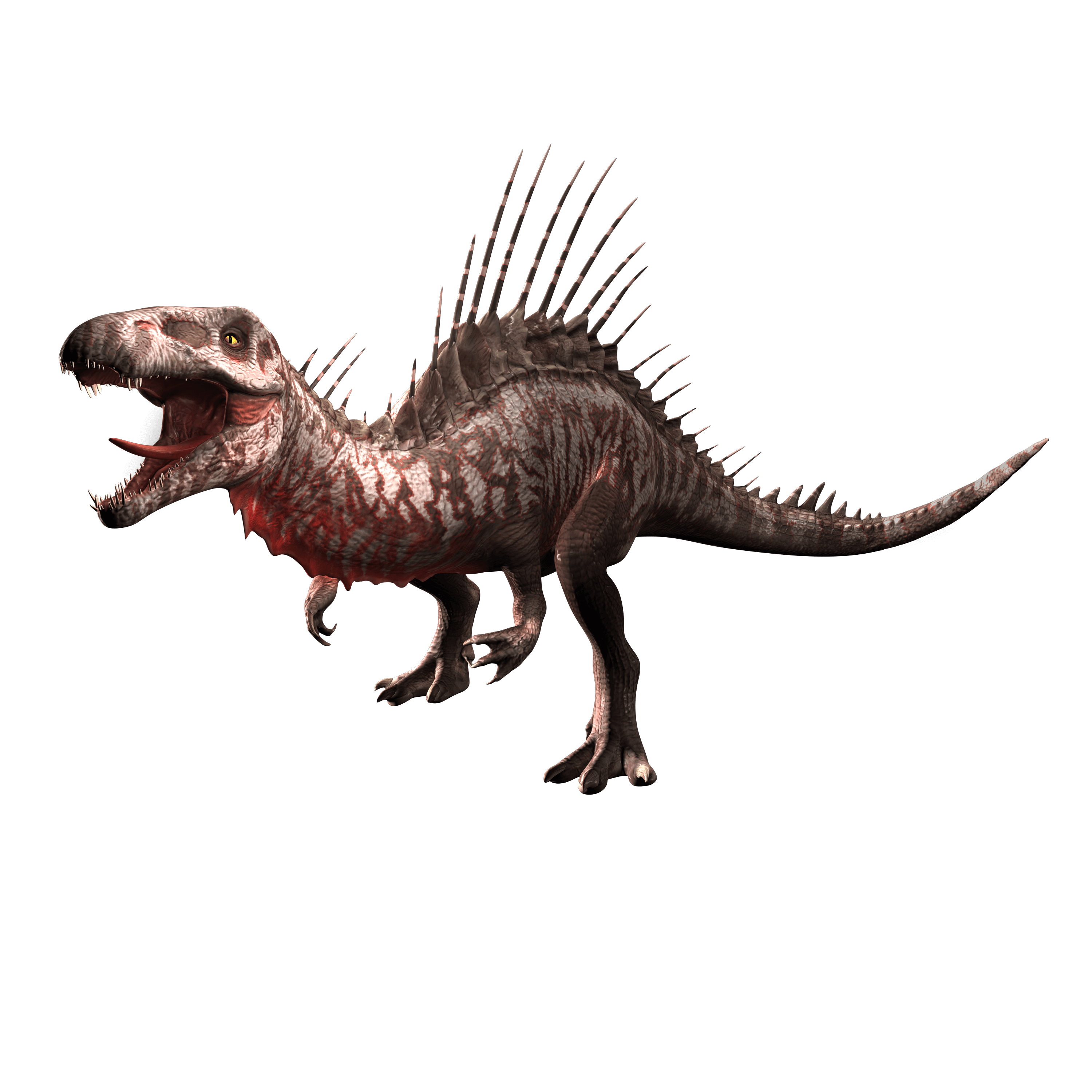 Another hidden gem of a buff came in the form of Tryostronix - who gained 100 damage and 350 health. Tryo was already a contender in the top end of arena and likely one of the best tank busters in the game. And it was already one that you did not want to let get going with Ferocious Strike (making that 100 damage buff a 200 damage buff) and ready to crush (making that 200 damage buff a 400 damage buff). But in a meta that feels more and more like it'll shift to immunes, the king immune of tank busters getting a buff seems pretty relevant -- though it may take a little while to work itself out.

In theory, if we see far more Erlidominus being run, and if we see Indominus Rex come back to relevance (something that essentially created the need for Stegod in the first place) and if we continue to see things with high HP busting armor (and in some cases shields), we'll need the Stegodeus-types to make a comeback. If that happens, and if those tanks prove more frustrating, don't be surprised if you see a few more Tryo's pop up too. This buff is sneaky helpful to a creature that was already pretty well balanced. 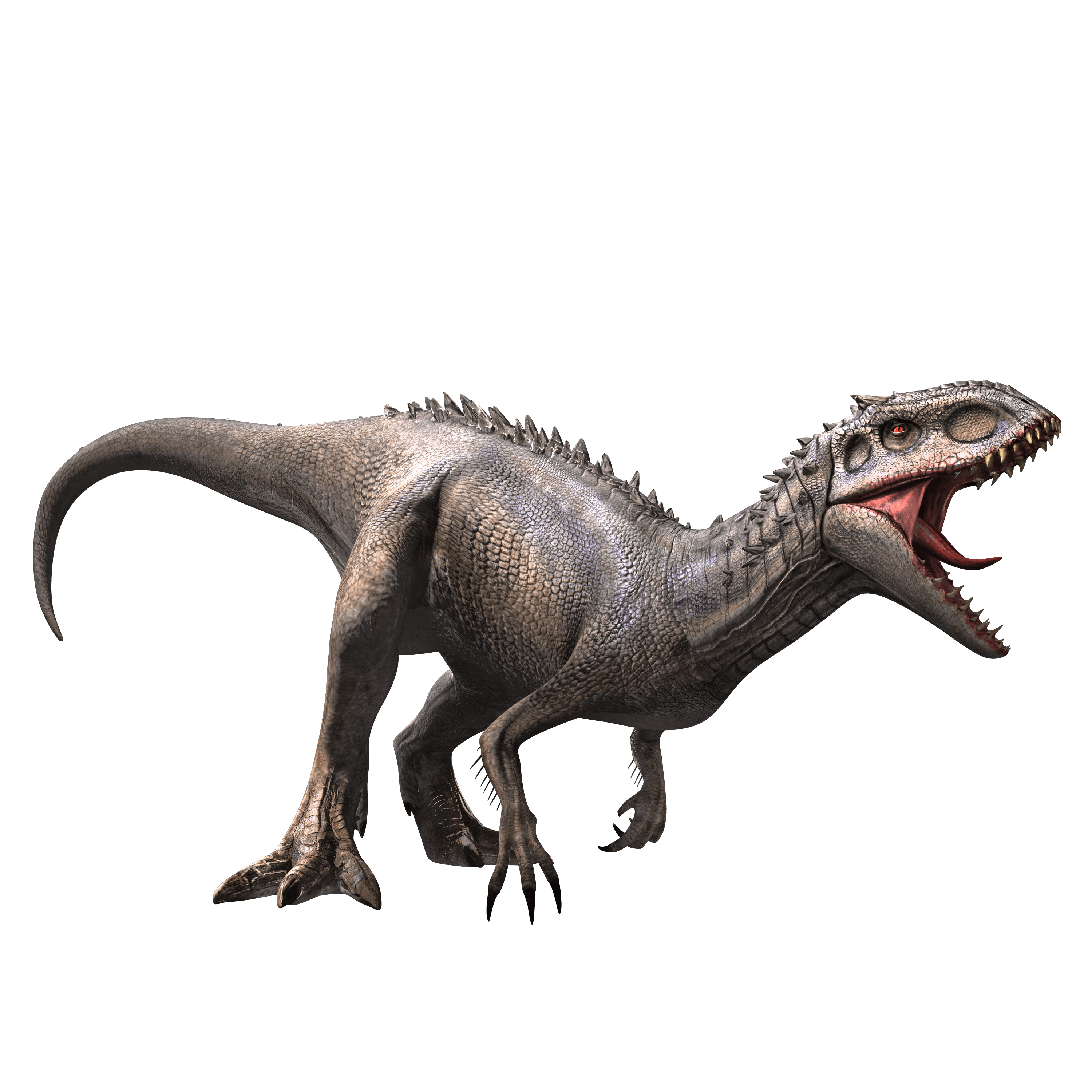 Indominus Rex was already a bit of a thorn in the side of middle and upper arena. Maybe it didn't hold water at the highest levels of arena play, but it certainly has caused its fair share of broken phone screens. Getting a 200 damage buff (that becomes 400 with cloak) and a 300 health buff is pretty substantial. How substantial is still uncertain but in a meta that seems to be shifting in favor of immunes, and a health buff that would help Indom survive for 2 turns against a Thor with a timely dodge, we might be seeing more of these beasts in the arena soon. 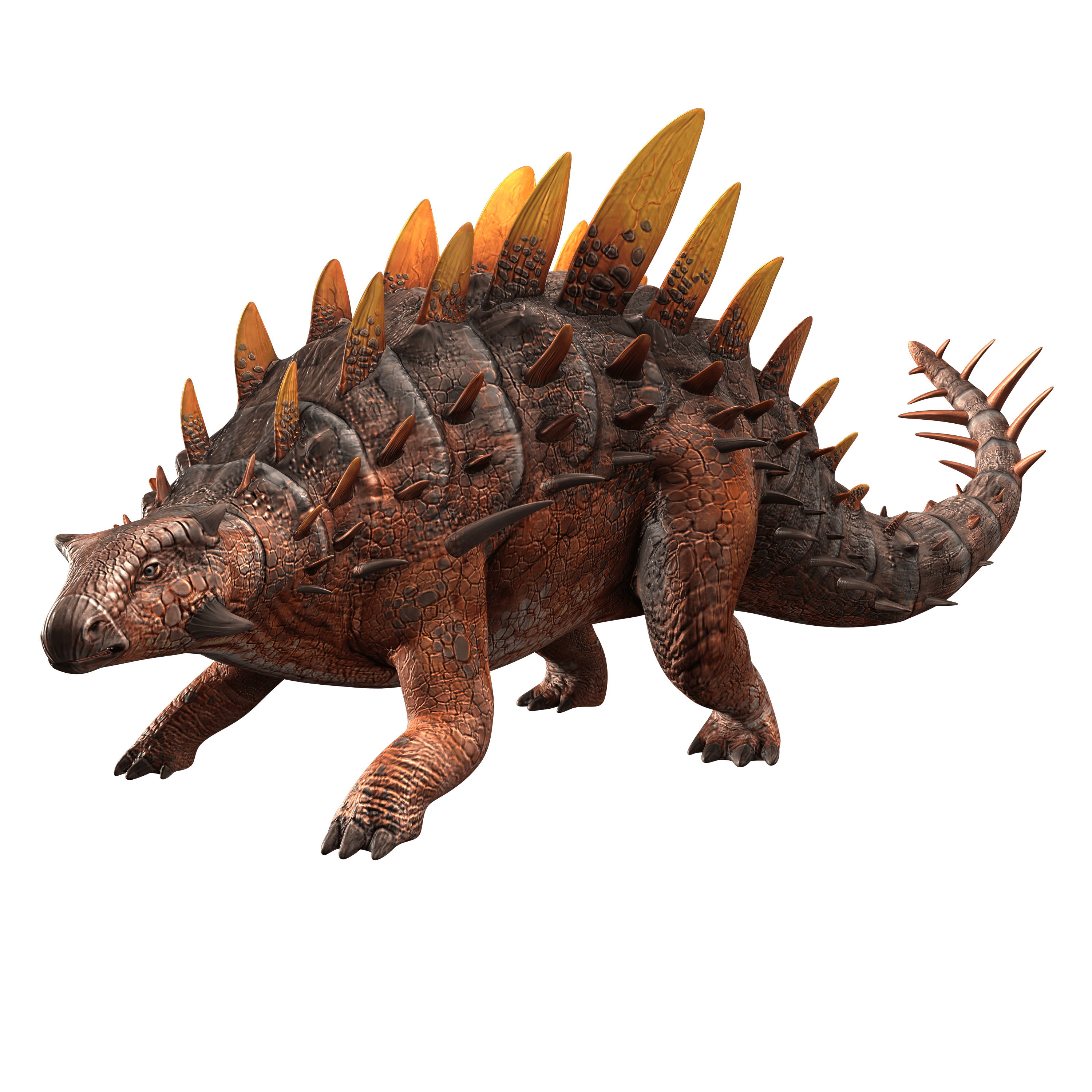 People forget that before the land of chompers and distractors and stunners, what we had to take down the most insanely powerful dino in the game (Indoraptor) was Stegodeus and Tragodistis -- and only one of them relied on a stun. That was about it -- in terms of things that lived more than two turns in order to kill Indo. But what's really fascinating is that Indo did not get immune to slows. Which means Stegod is a viable counter once again. And that alone may make it relevant enough to be brought back into the fold to face Indo and Indominus Rex.

It's very possible the king of tanks makes something of a comeback. Though it may take a while because the only way that's happening is if we see more of those chompers fall off teams to make room for other... more creative options. 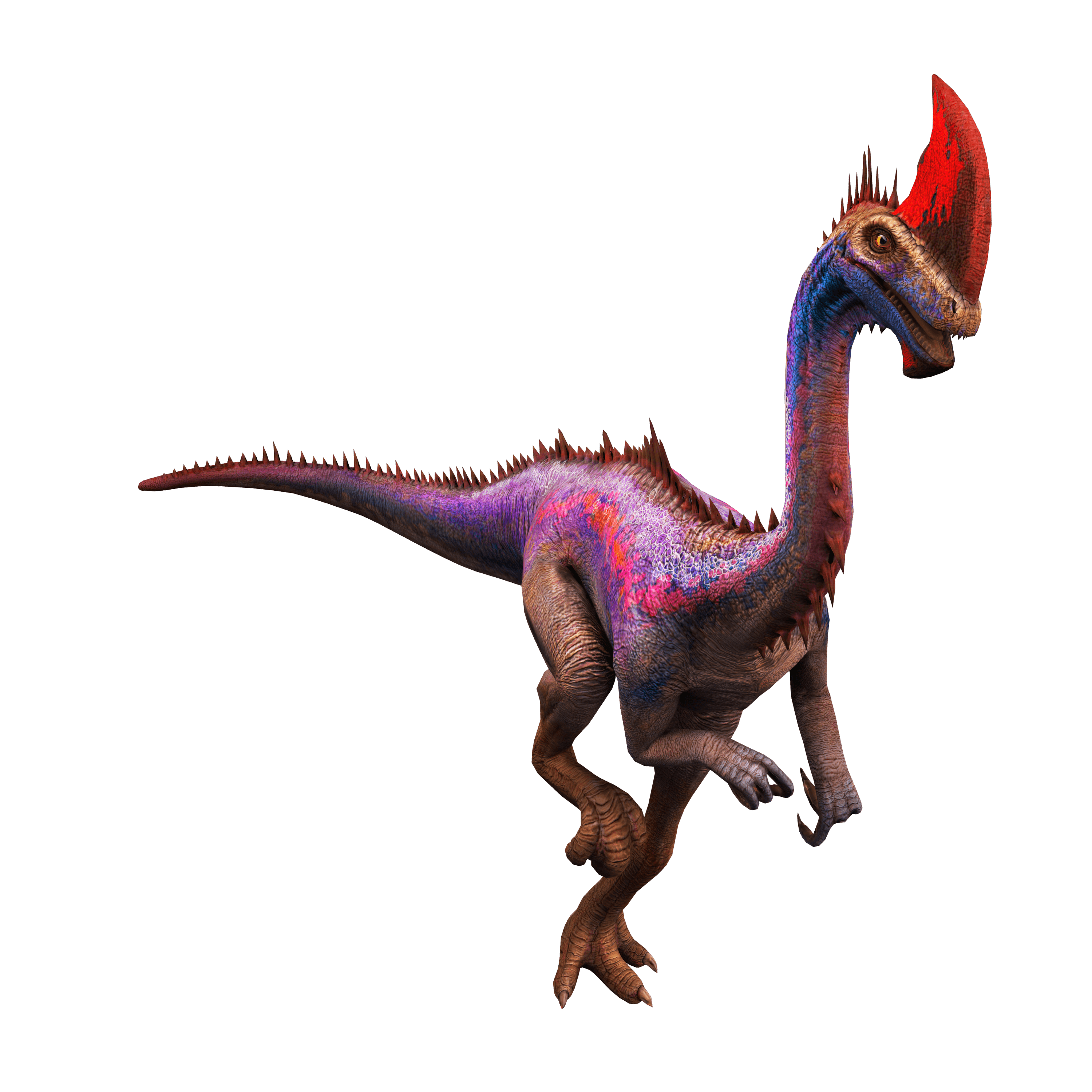 Monomimus isn't just a legendary dino. It's also legendary for how badly it was buffed and then nerfed in one of the largest roller coaster rides of any dinosaur we've seen in Jurassic World Alive. But this change may have it approaching relevance once again. The generic buff to Immune dinos means Monomimus gets a pretty large buff in health. At her peak, Monomimus sported some insane 3600 or so health. Today, in patch 1.8 it has 2700 health. And now it is splitting the difference with 3150 health. The original chicken of death also gets a rampage that she's never had (distracting rampage nonetheless) and keeps a second distracting move so that she can zero out an opponent for one turn. The damage increase was minimal (only 30 more damage) but adding the rampage and the possibility of zeroing out an opponent is pretty large.

It may not be enough to put her on top 8 teams, but it certainly is a decent buff to a dino that has seen a number of nerfs over the various patches. It might earn a place back on a team for some who had overleveled the monster to 30 and possibly even buffed it with boosts for that legendary tournament.

While not a lot of people were in the boat of benching Magna, if you didn't heavily invest in boosting it -- after the HP nerf of 1.8, lots of people struggled to justify keeping it on their team. Heck, even with boosts, with all the Dracoceratops running amok you may have benched it just so you didn't have to watch it get one hit off and die.

Still, the HP buff was much needed and it at least keeps Magna in the top end of Unique class dinos. So if you did bench mags, consider putting the ankle biter back on your team at least to give it a shot.

While Ardentismaxima isn't exactly an old guard dino that many had as their top leveled dino, it is one that has relatively easy to find materials and is potentially at a higher level than Geminititan and others. Maybe for you, it never made it to the level needed to be playable. Maybe you couldn't even unlock it. Or maybe you got it to team level but just didn't spend the boosts necessary to keep it really strong. Well, at this point it'll cost a lot less to get the damage to sufficient levels. So while Max may never have had the opportunity to get boosted or overleveled and be benched, it went from a pretty strong hybrid that might struggle to find a place on a high level team to a dino that could find a place on any team. You should seriously consider putting this sauropod in and seeing how you like it.

This one didn't quite make the list because it's hard to anticipate how much usefulness it'll actually have. While losing Ready to Crush in favor of another distract may have been helpful, it also removes the versatility of the kit. Granted, the kit has been broken ever since Pyrritator hasn't had a turn 1 move that does 2x damage. And it gains that now in a familiar raptor move - Pounce. The issue appears to be that anything with Superiority Strike will just wreck it. And while a distracting/armor piercing/speedy tank buster is a super cool idea, it's also a broken one when tanks by definition have slowing moves and Superiority Strike to remove distracts. Still, Pyrritator is now going to handle some niche matchups far better than before with a turn one distract/rampage. And it becomes the highest rarity creature with Pounce, which could be interesting. We're pretty sure it still won't earn a slot as a top 8 but it'll be intriguing to see how it plays.

All in all, there's a lot of interesting stuff happening with various dinos and kits in Jurassic World Alive, and we're excited to see how it all shakes out. What do you think? Are you going to pull any of these dinos off your bench and put them on your team? Hit us up in our chat room/discord and let's talk 1.9 hype!