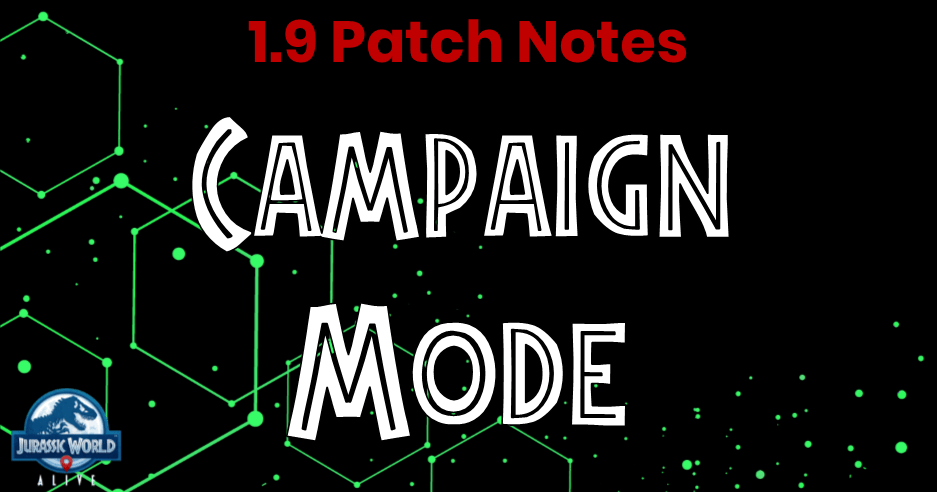 Patch 1.9 brings with it a bunch of awesome changes, and the biggest meta balancing shift we’ve seen since Thor entered the arena in 1.6. Bold statement? Maybe. But the highlights speak for themselves. We’ve got new terrifying hybrids like Carboceratops and Smilonemys (both sporting an INSANE 50% armor), a brand new meta-breaking move in Mutual Fury which makes BOTH you and your opponent stronger, insane new hybrids Indominus Rex Gen 2 and Indoraptor Gen 2 which use the beloved Raptor Pack DNA (Rip all that used up Blue/Echo DNA), balancing changes to Ceratopsians could be a nerf disguised as a buff, and a brand new Campaign Mode with some serious end-game level grit that’ll make an all 30’s boosted team shake in their boots – there’s just a lot to talk about.

There’s not a ton of information on what campaign mode is in the patch notes, but much like the addition of Sanctuaries from last patch, we can pretty confidently say that this below teaser must be related: 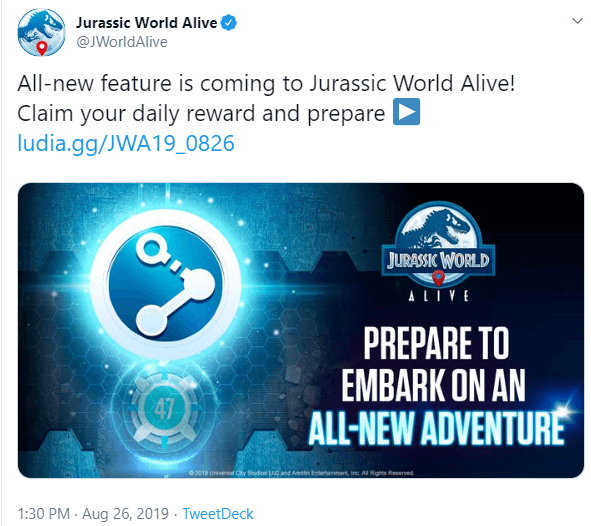 A few things however seem certain. For new players, Campaign mode is going to be an absolute blast. Each level might be challenging as you work your way through the tutorial missions, and slowly beat harder and harder stages with your team of dinosaurs.

What else did we learn from the patch notes? Let’s hit the highlights:

Finally, and this is important, the final chapter has END GAME CONTENT that will be challenging even for those teams at the top of the arena. EXCITING stuff!

So that’s what we know from the patch notes, but there could be more.

In an additional post created by Ludia, we also learn the following about Campaign Mode.

You will be a member of the DPG Defense League. You will begin your training as a Rookie. As you improve, so will your title. The training program uses Missions over the course of various Chapters. Most Missions have a special lesson about creature abilities and the interactions with their proper counters. By learning about all creature abilities DPG Defense League members will improve their battle skills

This new campaign mode looks exciting and a great option for players that don't enjoy the arena. Just keep in mind that the any missions you do in campaign mode will NOT count towards your daily battles or alliance missions. We'll have more information as the patch goes live and we are able to get in there an play some missions. We'll also have strike guides out for some of those end game missions they mention! Make sure to follow us on Twitter and Facebook where we will keep you up to date with information,and join our discussion on discord as we talk about the patch notes and what it means for our teams and the arena!