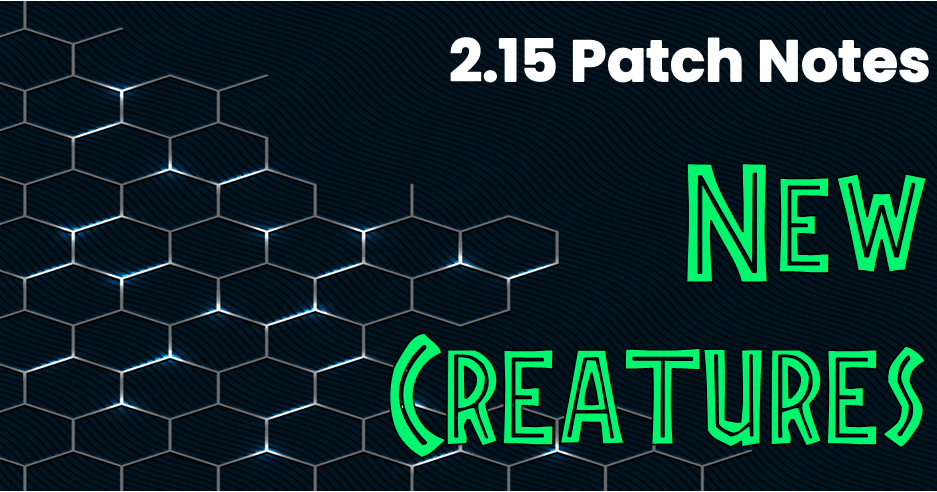 Explorers! Patch 2.15 has dropped, and if you thought fierce creatures were on the rise, well then you are right because this patch introduces the new devour mechanic, and boy is it going to shake things up in favor of these new fierce. GamePress has you covered on all things Release Note related, so be sure to read our articles for a breakdown of these packed Notes.

In this article, we will be breaking down the New Creatures! They all have a plethora of new Abilities, and some only have new moves introduces this patch. You can read a lot more about in the New Abilities article. In this one, I will only briefly touch on them to focus more on the creature itself. And these creatures look terrifying.

Rodrigues Solitaire looks like an interesting flock that is similar to the Dodos with protective alert and flightless strike, but this time it has cunning rampage over alert decoy. However, unlike the Dodos, these birds have access to alert roost, so swapping isn’t the best idea unless you have something that can remove that dodge like Dracorex. Whether or not this rare impacts rare formats remains to be seen, but based on what we got with the Dodos, my guess is that they probably won’t.

Everyone thought this was an epic, but Tarbognathus is ANOTHER legendary flock. Like we need more of those, right? However unlike most of the legendary flocks, which are usually cunning-oriented, Tarbognathus is more of a fierce creature instead. With priority, a good on escape move, rally heals, and fierce options, resilients beware. And if you want to swap out on this thing? Well be ready to take an impact because it has access to on escape impact. As a bonus, seeing as a component is Tarbosaurus, this is looking like Compsognathus gen 2 with big damage, so I personally have a good feeling about this guy.

Speaking of wrong predictions, Thylaconyx is actually Marsupial Lion and Baryonyx gen 2, not Thylacotator. And like the other legendary fierce joining the party, this creature is also incredibly strong. You first have essentially ready to crush with a priority dodge added paired up with skirmish (essentially group shattering rampage) or devouring wound, both of which are terrifying. As long as this thing has 1200 base damage, you can boost this thing up to 2000 attack, use crushing prowl, and then either rampage for 6000 + a critical hit for 7500 or devouring wound and, based off my understanding of the move, deal 4500 + a critical hit and heal about 2700 hp while also bleeding your opponents. And then on top of all this, it has Dracoceratops's swap in and a counter to deal even more damage. Yeah this thing looks pretty scary.

And if there is one creature that looks even scarier, it’s the new Albertosaurus hybrid, Albertocevia. With a completely unique moveset, this thing hits hard and has extremely good utility. First up, it has 3 revenge moves, and they are all pretty good. Distracting revenge blow can be used as a distracting rampage on revenge that reduces damage by 100%. And without revenge, a distracting impact isn’t bad either to have. However if the opponent is faster, then you can use instant ferocious revenge to attack with a priority impact, and if ferocity is applied before the hit, well then be prepared to take a beating if you come across this thing. And if you are up against a flock, well precise revenge can be used to bypass absorb and hit the opponent with a powerful rampage. And then you also have the swap move on top of that with devour as well as a counter to tack on. So wrapped together, this thing is looking like it’ll dominate. And seeing as Albertosaurus is a component, it’s probably going to have good damage and bulk as well as good resistances from its other parent, Edaphocevia. Watch out for this thing as it’s probably the best creature of the patch.

Alloraptor has never been that great of a legendary after 2.0, but that’s about to change with the introduction of Allodrigues. First up, Alloraptor had horrendous survivability, often dying by turn 2 if it was lucky. Now, it’s a flock, so unless you have a group attack, Allodrigues is sticking around for a few more turns. Not only that, but Allodrigues also has a turn 1 rending takedown in alert peck, so as long as you use it on the first turn, it’ll always be a rending takedown (because the alert mechanics work based off of your state when you actually click the move). However, when threatened, it is only 40%. And on top of that, it also has access to cunning rampage as well as protective alert. And like Rodrigues, these birds also have access to alert roost. While not as good as Albertocevia, these birds still look pretty strong.

While not a new creature, our newest snake Troodaboa got its basic attack reworked so that it always has priority. While probably not enough to warrant it moving up a tier on our tier list, it definitely helps out this snake. However, this was a unique that wasn’t really high on the list of creatures in need of some love. But based off the community update, maybe those lesser uniques will follow suit.

So those are the new kids on the block. Honestly, these creatures (minus Rodrigues Solitaire) are looking really solid, with Thylaconyx and Albertocevia really standing out as top tiers in their rarity and overall. If you would like to get more info on the new moves and features, we have a whole host of articles with those. Update is probably on Tuesday, so make sure you wait until then when the actual patch drops so that you don't accidentally sink resources into something you'll regret later.