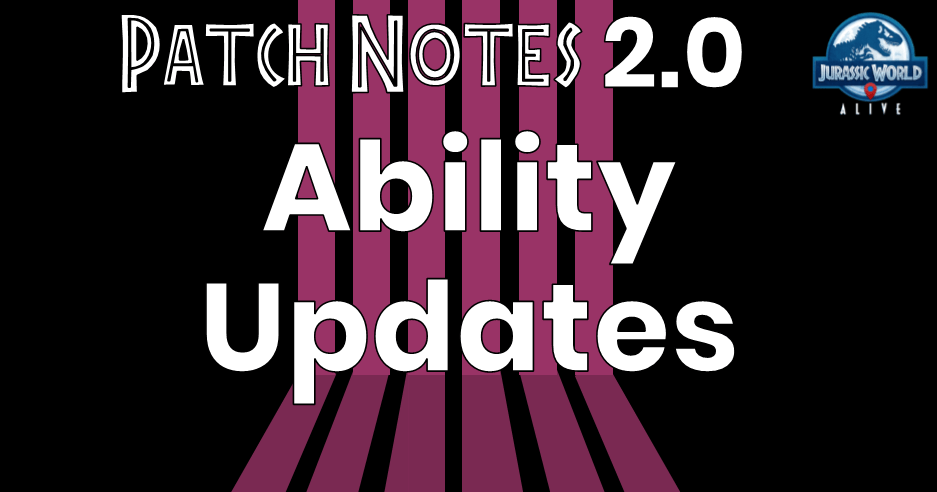 But we’ve got you covered. We’re here to discuss what the patch notes said and what it means for your teams. Let’s dive in!

Patch Notes 2.0 - Everything you need to know

Heals used to be based on a percentage of your health stat, which gave further reasons to increase health stats for creatures with heals (just like creatures with fierce moves have a great opportunity to up damage to sort of take advantage of even more of a damage increase).

Now, however, they are purely based on your attack stat – which will be interesting. For one, most attack stats on healers aren’t all that great. Grypolyth for instance has a very low attack stat due to it’s rending counter-attack. In the current meta, it can heal for 2220 (50%) at level 26. In the new meta, it would only heal for 2000.

Of course, this change has us thinking about heals completely differently. Now we want to find fast creatures (generally higher damage) which have the highest damage as our healers for Raids. And that brings us to a massive kit overhaul of poor poor Dilorachierus – who has been turned from a monstrous murderous machine into a weird healer.

At 1500 attack, I don’t see anything else that can heal for more than 3000 on an individual or 2250 on an entire team. It sneakily may be the best healer in the game and most useful to have leveled for raids.

Heals are certainly going to be very very different than they are today.

Furthermore, creatures that didn’t get Regenerate removed (looking at you Dracoceratops), now have Regenerate’s purpose changed from 50% healing to 1.5x your attack becomes your value healed. And Regenerate and Run also shifts to 1.5x attack value becomes the amount healed.

That certainly puts a damper on things like Edmontoguanadon and Paramoloch, who might not live forever anymore but likely won’t be used much in arena play anyways.

Other heals with changes come in the form of Adrenaline Pulse, Adrenaline Surge, Dig In, and Swap In Heal which all now heal for 1x the attack value (which sucks for the turtles who purposely have low attack due to the 3x Devastation moves).

Heals are going to look wayyyy different this time around. But it might be okay. It’s hard to control usefulness of something like a heal when it shares a base stat with attack, but they could also be globally buffed a bit (say 2x for the 1.5x and 1.5x for the 1x) if they end up being too weak. We’ll see what arena brings to light.

One possibly unanticipated consequence of having moves like mutual fury in Raids is they now affect like 1000 dinos at once. Using Mutual Fury in a raid setting means you and your three teammates get 2 turns of buffed attacks, but the boss and minions get 1 turn of buffed attack. That could end poorly.

It’ll be interesting to see how this plays out in raids. All I know is I’m scared.

Personally I love this change to instant distract. The goal of this move was already to mostly make an opponent irrelevant, and with the addition of resistances, that 10% difference may have a big effect. Plus, seeing something with 2 HP left survive for one more turn is just hilarious.

This is sort of an interesting development. Now Devastation taunts as well as doing 3x damage, which means after you use this move, everything in a Raid is going to target you. Might be an irrelevant change in PVP but this could mean some heavy hits take some hefty dives after they unleash the fury of Devastation.

Another massive change that may go completely unnoticed is that everything with the above four abilities now hits through cloak. These four attacks are now precise, so while they don’t remove cloak, they at least hit through it – which changes a lot more than it looks on face value. Once again, if Resilient Strike wasn’t enough to cut deep into the cloak/evade meta, this certainly does.

The programmers also found it important to note that cleansing moves will not clear a stun. Either you’re stunned or you aren’t. This is really most relevant for Raids at the moment, where someone could get upset that a cleansing move used after someone was stunned didn’t clear the stun. And it’s an important thing to know.

Finally, important to note that speed reductions stack. So if you slow a Raid boss by 50% for one turn and then another player also slows by 50% (assuming they aren’t resistant), they will be slowed to 0 speed. Thank goodness for those updated character sheets they mentioned that are dynamic and give the current speed.

This is not an ordinary update. This is insanity. We’ll keep you in the know so you can digest what in the world all of this means for your own teams!