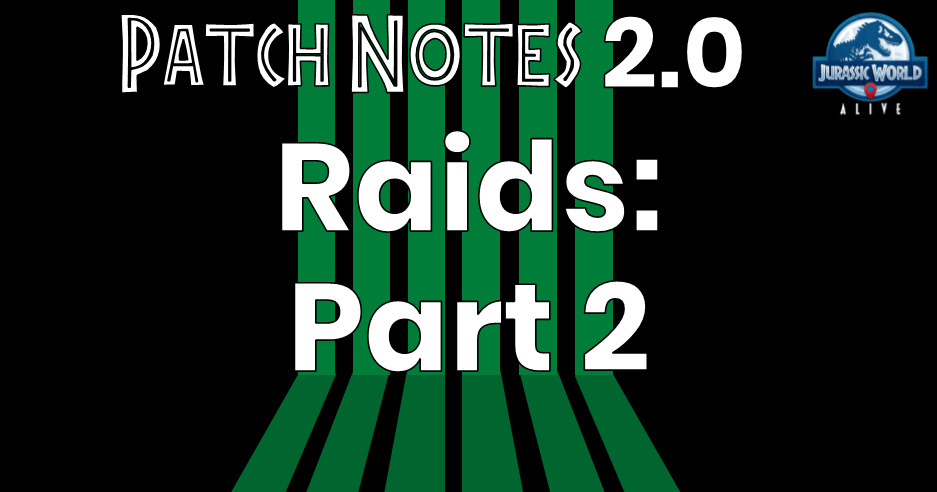 Part 2 will focus on the following aspect of Raids:

The new raids feature adds a layer of complexity that is so immense – it’s left our heads spinning. Not only does this feature make battles non-binary in nature (so instead of shuffling a deck with a faster and slower player to determine priority, we’re looking at a bunch of players to determine priority), but it also requires some form of targeting – and the targeting method the development team chose leaves us with all sorts of new strategy.

Let’s dive into how raids work in battle and what we know so far.

Raid bosses begin like normal battles in a group setting, with your team and an opposing team that includes a boss. Each member of your team can choose one creature to go into the raid. The raid boss needs to be defeated in two (or more?) rounds to win, and one very important thing happens when the round resets.

Determining move order during a raid is a complex thing – since we have a lot of individuals choosing a lot of moves. This means ties are going to be more common (primarily priority ties – where two people try to use a priority move and it has to go to the tiebreaker of speed).

One technical note – With slowing effects, speed can be reduced to zero. This effectively means that the usual tie breakers will decide who acts first. Because levels will likely be the same, that means it’ll determine speed by rarity, or if the same rarity, it’ll determine by who hit the move first.

Another CRITICAL note that was revealed in the notes – the RAID BOSS will always show its move PRIOR to players selecting their moves. This means the raid boss has an “open” hand. This will be critical to defeating raids. And it also means we should easily be able to see if the moves for raid bosses are scripted or situational.

The minions, on the other hand, will not show their moves until everyone selects moves. This means you’ll always know what the boss is doing next but never what the minions are until everyone has selected moves.

Coordination seems key in raids. We can only imagine how powerful some of these bosses might be, and with so many status effects at play and multi-status moves in this patch (just thinking of resilient strike, cunning strike, and fierce strike), there’s a lot to take in.

When we no longer have 1 creature versus 1 creature, we now have an issue of which creature should be attacked with each turn. Selecting a creature to attack may make sense, but Ludia opted for a more strategic route by building out target-specific moves that tell you up front who they are going to hit to lessen the complexity of the design.

Which creature you target largely depends on what the move you are using is built to do. One of the most interesting things in the patch notes was the note on design philosophy for targeting. I’ll copy the text here –

This way you can surmise that using defense-bypassing Rampages will usually target the Boss, and

Strikes will usually target the Minions, since Minions have lower max HP than the Boss!

You’ll notice each move now has that subtext “Target” so that you can figure out who it will attack. If all minions are dead and only the boss remains, your target will always be the boss. But a few features really can put a wrench in the works (such as Taunts which we’ll discuss next).

Targeting is usually based on the targets HP, Speed, or Damage. Some moves target highest HP, some lowest HP. Some target highest Damage, and some lowest damage, etc. The other two types of moves will target a random target (literally called Random) and area of effect moves that target ALL opponents.

Taunts put a wrench in the targeting works. If a creature uses a move that taunts (such as taunting shields), it will force all opponent creatures to target that creature until it either dies, another taunt is used by a different opponent creature, or a  move is used (like fierce strike) that removes the taunt and frees up the party to attack the normal target.

Taunts are EXCEPTIONALLY important to the raid system, and it will be extremely important that people understand how they work to accomplish the goal of completing raids.

There is just a ton to the raid system. It’s so hard to cover it all, but a few more notes that are important and mentioned in the notes from what we can see.

There’s so much going on in raids that it seems overwhelming, but we’re hoping the gameplay is smooth and easy to follow. No doubt these new challenges will take some getting used to, but they certainly seem like formidable challenges and exactly what this game needed.

We just hope healers are essential in raids, because they certainly seem pretty worthless in PVP now. RIP Dilorachierus and Touramoloch. We had a good run little buddies.