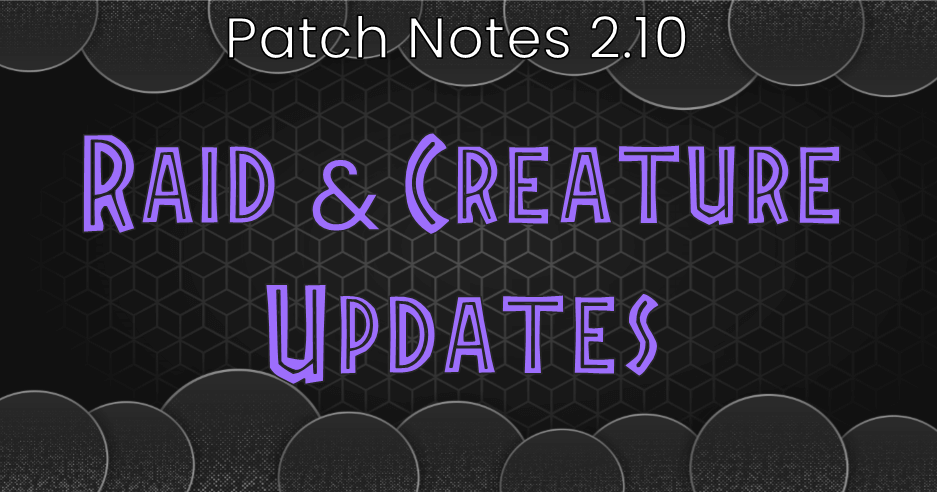 Explorers! Patch Notes for Update 2.10 are here and as always we have all the coverage on everything. We are getting some raid changes with 2.10 and while only 4 creatures are getting changed, they are pretty significant. So let's get to it.

We are getting 6 new raid bosses in 2.10, but they will all replace current raid creatures. There will not be any changes to Apex raids. Here's the full list:

As you can see, these changes will happen gradually, but we are excited to see some new creatures on the map! Several of the new hybrids also have exclusive ingredients so it's nice to see them as raid options so everyone still has a chance to get some DNA.

As mentioned, there are only 4 creature changes, but they are pretty big. This is what Ludia had to say about them:

As more Apex creatures find their way into Jurassic World Alive, their stats have to be adjusted to make sure they balance well against each other. Our analysis has shown Ceramagnus and Hadros Lux have been over-dominant within the Arenas and among other Apex creatures. Mortem rex, on the other hand, has been slightly underperforming. We’re therefore adjusting each of these creatures accordingly.

In addition to the Apex creatures, there was one other creature that seemed to dominate the arena.

Prior updates to Testacornibus caused it to become imbalanced and shoot up the Arena rankings too quickly. We have reduced some of this creature’s resistances and tweaked its ability kit to allow it to work better in the overall meta.

It's difficult to say how these changes will really affect these creatures until we see them in action. The Magnus and Hadros changes are pretty big and could result in them being dropped from teams. We're happy to see Morty buffed back into a little relevancy. The jury is still out on the Testacornibus changes. The changes to resistances make it easier for things like Grypolyth to counter it, but it still seems like it will be good in the current meta. Hopefully, the changes still allow team to run it without it being the OP creature it is right now. We'll have to see what happens on Tuesday when everything goes live.

We are pretty excited about the raid changes and are interested to see what happens to the arena with the creature changes. What do you think about all the changes? Let us know!