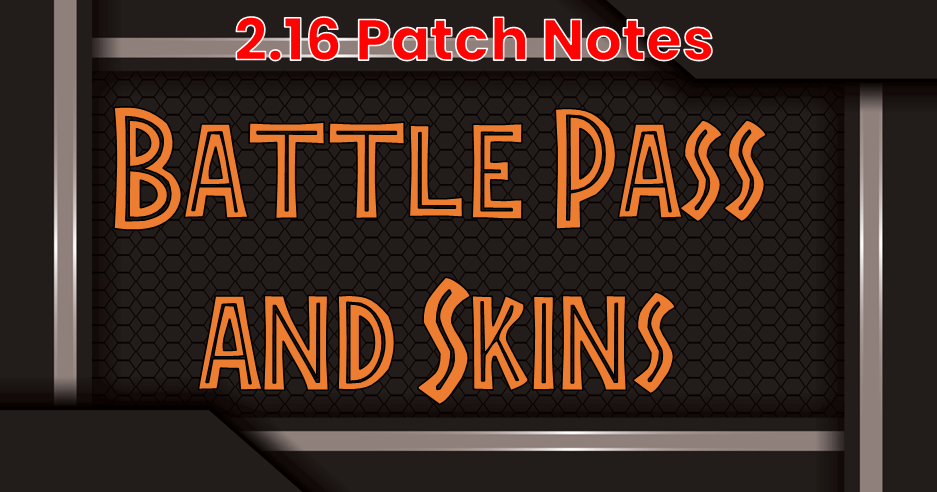 Explorers! Patch Notes for Update 2.16 are here and as always we have all the coverage on everything. This update doesn't have a particular name, but we still have the info summed up for you here. In this article, we'll go over 2 new features: Battle Pass and Skins!

The Pass is a new way to earn exclusive rewards and accelerate your progress in Jurassic World Alive!

These rewards include valuable items such as DNA, Scents, and even exclusive Skins for your creatures!

Each Pass will last roughly 30 days. All players above Level 3 can participate in the Pass by accessing the Pass button underneath the DPG icon on the Map.

Players progress in the Pass by collecting Pass Data. Pass Data is earned as rewards on Daily Missions, and new Weekly, Monthly and Special missions in your Missions menu!

Complete as many missions as you can while the Pass is active to level up your Pass progress bar. Each time you level up, you can collect a new reward! Reach the final Pass level before the Pass ends to collect all the rewards!

The higher you reach in the Pass, the better your rewards. There are many ways to increase your Pass level alongside earning Pass Data. You can fast track your Pass progression with Cash Unlocks, and Players who want access to even more rewards can purchase the Premium or Grand Premium tracks in the Pass menu for a bonus mission track and huge prizes!

The Tyrants Pass is an exceptionally high-value pass compared to normal balancing! The JWA team has made this first Pass extra special to give players a great introduction to this feature and in celebration of the release of Jurassic World: Dominion. Based on the impact of the Tyrants Pass, the overall reward values of future Passes may change.

We're actually pretty excited about this feature. Just like passes in other games, it looks like the premium option will be monetized, but it looks like there are some decent rewards even with the free pass and we'll have to see what the price of the premium is once the update goes live.

Creature Skins have arrived! Use Skins to modify the visuals of your favorite creatures, and show off the new look in Battle!

Skins are unlockable collectibles that can be earned via Pass participation. Each Skin you earn is exclusive to a single creature. You can view your Skins in the new Skins tab of your Collection, and equip it with the new Skins icon in the Lab! Once a Skin is owned it does not expire, and you can toggle them on and off as much as you like!

The community has been asking for skins for quite some time now and we're pretty excited they are coming! The red Thor looks pretty awesome and it sounds like there will be specific skins tied to the premium battle pass as well. It'll be fun to see different creatures in battle and we can't wait to see what others they come up with.

We're pretty excited about these new features and can't wait to see what kind of missions and skins we'll be getting. What do you think about the new features? join our Discord server and let us know!