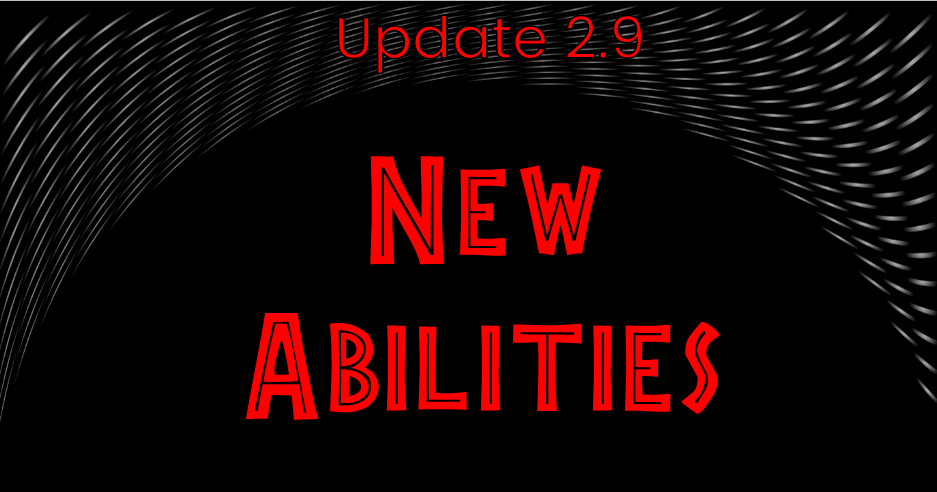 Explorers! Patch Notes for Update 2.9 are here and as always we have all the coverage on everything. Almost every time a new creature gets added, there will be some new moves. In 2.9, there are a LOT of new abilities added, some even crazier than others. In this article, we will be going over each new ability and see what they do! Let’s get right into it.

When Gorgotrebax was released and we saw we’d be getting a Cautious Impact, it was just a waiting game for Cautious Rampage to be added. It does everything Cautious Strike and Impact do, but it does 2x damage. It follows the trend of other special non-Class-type Rampages, having 1 turn Delay and 2 turns of Cooldown. It apparently also bypasses Armor this time, but we are assuming that this is a mistake on Ludia’s end, as usually Cautious attacks bypass Dodge. If Ludia addresses this, we will fix this article accordingly.

This is basically Decelerating Impact but with a Cleansing ability on top of it. This move is going to be one of the best Decelerating moves in the game, if not the best. Having the ability to just Cleanse all your negative effects while still Decelerating the opponent for 2 turns AND doing 1.5x damage on top of that is looking very strong.

Right off the bat, we are not a fan of more Delayed moves being added. They are just an outright nerf to the creatures receiving it, and there is usually no benefit for this. Delayed Cunning Rampage is the same as Cunning Rampage, but it has 1 turn extra of Cooldown, meaning it falls more in line with the non-Class-type Rampages like Cautious Rampage and Distracting Rampage. Overall, we are not a fan of this new move, and we do not think that Ludia should continue with adding Delayed moves.

Evasive Wounding Strike looks to be a good move. 2 turns of Evasiveness, although 50% is still good, allowing the user to potentially Dodge big hits. The added bonus of a 1x attack and the 0.2x DoT for two turns, giving the opponent a total of 0.4x DoT on their Max HP over the course of two turns is also a very good thing. The Cooldown of 2 seems fair on this, as it would be a very powerful move if this could just be used every other turn.

Impact and Run but Precise. Easy as it is. No shocking effects, but just an overall improved version of Impact and Run.

This move is just ridiculous. You target all other opponents with a Distracting Impact, but it’s also a Priority move. We’re glad that this move has a Delay and a good Cooldown, otherwise this move would just be too broken to have in JWA. It’ll be great for Raids though, especially seeing as the creature receiving this change is Skoonasaurus, one of the most powerful creatures in the game!

Definite Rampage, but if a creature has been KO-ed on your team the turn before, you can use it right away. This is in line with Revenge Shattering Rampage or Revenge Cunning Rampage, and we’re excited to see this move-in action. The cooldown of 2 should make sure that it won’t be truly broken, as the user has to wait a few turns to use Definite Rampage again

This seems like a powerful basic attack, allowing the user to buff their own Critical Hit chance as well as Cleansing Deceleration and Critical Hit decreases. While Threatened the Critical Hit increase becomes even bigger, so you’ll have to be careful to drop this creature’s Health too low!

This looks like one of the best set-up moves in the game. Dodge and Critical Hit increase are great for both defence and offense. While secure you do a guaranteed Critical Hit next turn and the turn after, while when Threatened you Dodge 100% of the time. The other effect also kicks in, but with a weaker rate. A good set up move, allowing the user to stay healthy and dish out good damage.

This move does a lot. It’s basically Fearless Flap but with an Alert state. When Secure, this is Fearless Flap. But when Threatened, this move foregoes its Distraction ability to guarantee a Dodge of 66.7% AND Rally Heal 33.4%, allowing you to revive a Flock member! This is a very powerful move to have for Flocks, as Fearless Flap is also a Group attack, attacking all opponents!

Counterattacks, Swap-Ins and On Escape Abilities

This move is showing as a new move on Testacornibus, but we didn’t see a move description on it. We assume it’s a healing counter but we aren’t sure of exact percentages or any other information on it. It looks promising though!

This powerful move lets the user Dodge all incoming attacks when the opponent swaps out, allowing it to be an expert at surviving Swap-In attacks! When Threatened, this also Rally Heals 33.4%, reviving another Flock member AND Dodge more hits! A very powerful passive ability to have, and Archaeopteryx is going to love using it against swapping teams!

It seems like abilities in the game continue to grow and have more things going on for every turn. What do you think about the new abilities and are you excited to use them? Let us know!