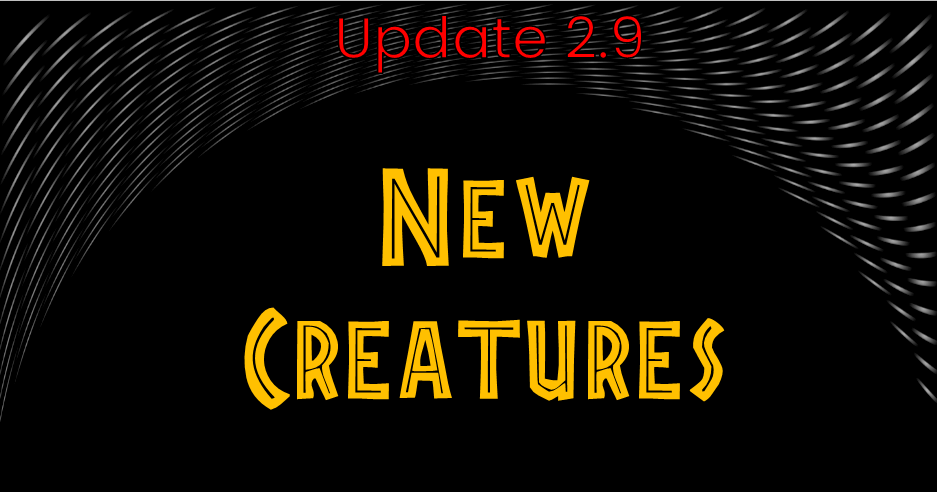 Explorers! Patch Notes for Update 2.9 are here and as always we have all the coverage on everything. With 2.9, we will be getting a couple of New Creatures! 4 new creatures have been added into JWA, all but one of them being Flocks. Let’s not waste any time and let’s cover them right away!

Coelurosauravus is the first Common Flock in the game. These tiny flying lizards are gliding in to Distract their opponent with Distraction, and they can get out of tricky situations with Impact and Run! They can punish Swapping with their On Escape move Alert Roost, which will increase its Critical Chance and Dodge chance. If you want to revive a Flock member, Alert the Flock will allow you to Rally Heal a member at the cost of needing to Swap In your creature. A solid Common. Nothing too exciting/game breaking, and we will have to see its stats and Resistances to see how well it can truly do.

These birds are now into JWA and give a great contender for the Spelling Bee Event if we ever get that again. Archaeopteryx is the second Rare Flock to fly into JWA, and it focuses on buffing itself with its basic attack Alert Buff and Strike and then dishing out damage with Evasive Impact and Delayed Cunning Rampage. Dodging seems to be it specialty as it also has Alert on Escape Evasion, allowing it to dodge incoming attacks once its opponent swaps out! No Stats or Resistances are known, but being a Flock already helps it out a lot!

Our only non-Flock introduced this patch, Megalonyx is a worthy upgrade from its Common counterpart Eremotherium. With more than one attacking option in its base kit, Megalonyx will be more offensive than Eremotherium. It also has a better Rampage, albeit at the cost of not being able to use it as much as Eremotherium can. Camouflage On Escape also allows it to punish Swapping, something all creatures do this Patch! This Cunning should do very well if the Stats and Resistances are at least decent!

Megalonyx will also be on the map starting on August 5th as the rare raid on Thursdays.

With all the Dodgers incoming, it wouldn’t be a surprise if Ludia introduced a creature that counters dodging. Enter Coelhaast, a creature which has almost all of its Abilities bypass Dodge! This Legendary Flock focuses on bypassing Armor and Dodge and provides great mobility with Precise Impact and Run. Restricted Group Distraction and Fearless Alert also give it tools to use against other Flocks as well! Depending on the Stats and Resistances, Coelhaast could become a very powerful Legendary creature! We’re excited to see this creature in JWA!

These are all the new creatures that are going to be added in JWA this patch. Not a lot, but you know how the saying goes: Quality over Quantity. And we think Ludia succeeded this time. What do you think of the new creatures? Are you going to use any of them in your team? Let us know!