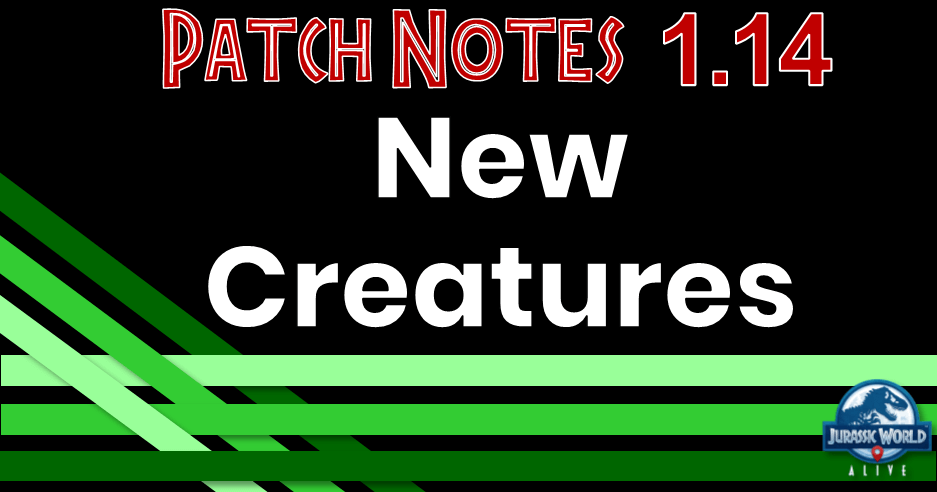 Explorers! Update 1.14 is here, and GamePress has all the coverage you need! With New Creatures, lots of Ability and Creature Updates and lots of New Moves, we have got all the information you need. Be sure to check out all of our articles on the Patch Notes: 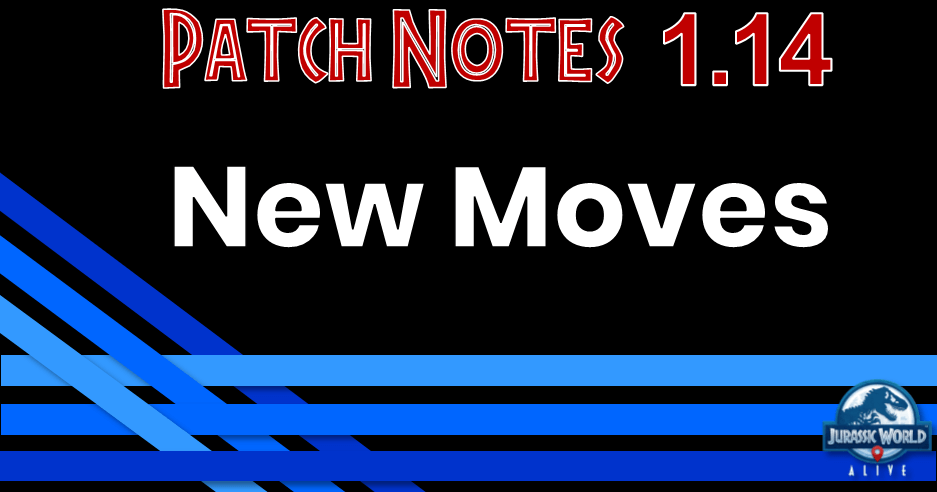 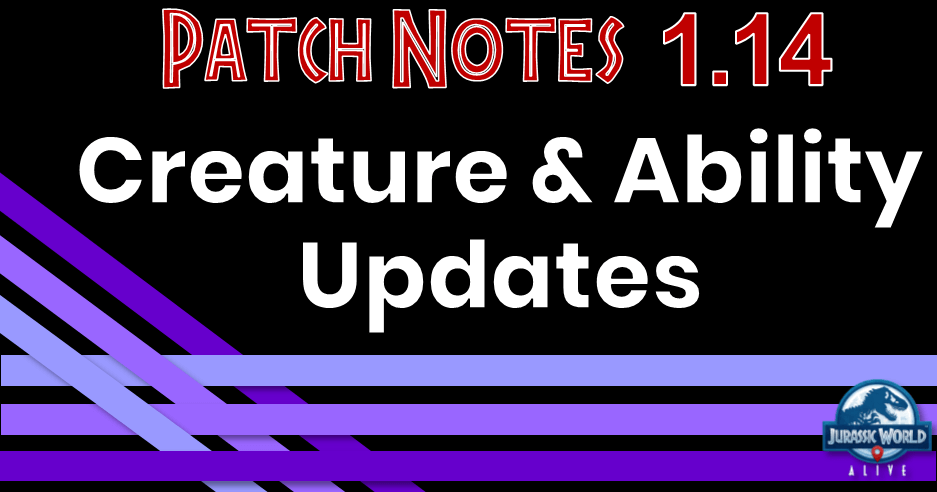 This article will go over the new creatures we are getting this patch! We got a teaser about Permian creatures coming to the game and they are the featured creatures this patch. In addition, we are getting 2 very strong Epic hybrids as well as a new Legendary creature!

The new Permian creatures are all ones you will want to save until the later in battle as they all feature one of the new Revenge Moves that are being introduced this patch. 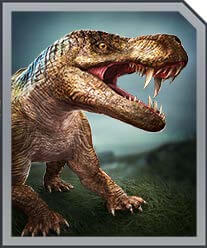 A simple creature, Inostrancevia features the Revenge Impact special ability. It can control its opponent's damage through copious uses of the basic attack Distraction . Its offensive dedication is felt with its Immunity to Distraction . This permian creature is the largest of the two gorgonopsians , with 1000 attack, 3900 HP and 130 speed, Inostrancevia is poised to exact revenge in the name of its lost teammates.

With speed rivaling that of Raptors, Inostrancevia will play very similar to them, only more bulky and a bit less hard-hitting. Its main use will be very late game as a closer, picking off weakened creatures with its Revenge Impact/Rampage. The 3900 Health and Distraction basic attack allows it to survive quite a few hits, but big damage dealers will probably still tear right through it. You'll want to use this creature as an anti-Speedster creature after they took one of your creatures out, or as a very strong match-ender. This creature, like Raptors, will struggle against any Armored creatures, especially those with Superiority abilities. So keep Inostrancevia away from Stegosaurs, Ankylosaurs and Turtles! Sauropods will also take this creature down, but they need to be wary of the Distraction abilities of Inostrancevia. This creature will do very well after a chomper like Allosaurus or Tyrannosaurus has taken those pesky Armored creatures out! 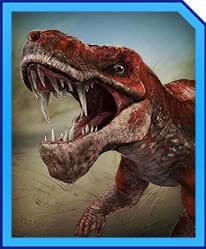 Arctops is the more aggressive of the gorgonopsians: it has 1300 attack, 3000 HP and 131 speed. Arctops is Immune to Distraction . It has access to the Distraction basic attack as well as Revenge Distracting Strike special abilities. This means that on turn 2, with the proper combination of abilities, it is possible to inflict a -100% or a -125% damage reduction to theopponent creature! Arctops can also use its Rampage to inflict the most damage at a critical moment.

The Rare variant of Inostrancevia, Arctops is looking pretty solid. With decent Attack and a blazing 131 Speed this creature will be able to move first almost every time. It has two great opening moves in Rampage and Revenge Distracting Strike, as well as a Distraction basic attack. Like Inostrancevia, Arctops will mostly play out as a Raptor, with decent Attack and mediocre Health. Just like Inostrancevia, Arctops will shine as a closer, coming in at the end of a match when its counters are gone. It will really do well if it has its Revenge ability activated, making it Distract even more! It's also able to reduce the opponents damage to 0 with the combination of its two Distraction attacks, so be sure to look out for that! Like Inostrancevia, Arctops' weakness will be Armored creatures with Decelerating/Superiority abilities. Keep it away from Ankylosaurs, Stegosaurs and Turtles! However, when you see a chomper or a speedster slower than it, be sure to send it out, especially when one of your creatures has just died. 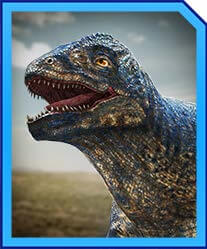 Fast cat got your mouse? Introduce it to Moschops! It can withstand a cunning opponent's onslaught while using Superiority Strike to gain the speed advantage. Featuring Revenge Decelerating Impact , Moschops can deal a high amount of damage while (once again) gaining the speed advantage. If you're facing an opponent equipped with Dodge, Moschops' Precise Rampage can hit it where it hurts the most. Moschops is Immune to Deceleration and Immune to Stuns.

We got two types of Permians this Update: Speedy Distraction based Permians and bulky Speed control Permians! Moschops is the Rare Speed control Permian, and on paper it's looking good. With two Speed control moves being Superiority Strike and Revenge Decelerating Impact combined with an Immunity to Deceleration you will find Moschops outspeeding a lot of creatures on Turn 2. The Speed Control Permians are very similar to Stegosaurs in that sense: both built with high Health and good Armor stats and having lots of Speed control. What differentiates Permians from Stegosaurs is that the Permians have kits with Precise abilities while most Stegosaurs take Distraction into their kit. They will function the same though: taking down Speedsters and Distracters like none other. Moschops will be amazing in taking down those pesky Speedsters like Erlikosaurus G2, Owens Raptor Pack and Utahraptor. Keep it away from Chompers like Gorgosaurus and Baryonyx though! Those Chompers will make quick work of Moschops, even though it will definitely leave a mark in their Health stat! 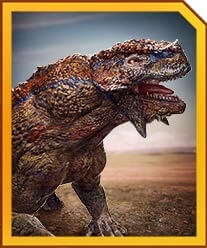 When the opponent is fast with Distraction abilities, accept no substitutes: Scutosaurus can either start its revenge on the defensive front with Revenge Protection, or set up speed superiority with Revenge Decelerating Impact or Superiority Strike . It is Immune to Deceleration and Immune to Stuns. Scutosaurus has 4800 HP, 1000 attack and 116 speed, with a solid 25% armor.

While we still need to see how it really functions, Scutosaurus looks very promising on paper. With a gargantuan Health stat for a non-hybrid, 25% Armor and Revenge Protection, this creature might become even bulkier than the dreaded Carbonemys if the opponent doesn't have a Defense Shattering attack! Like Moschops, this creature shines against Speedsters like Erlikosaurus, Pyroraptor, Erlikogamma and Blue with its Revenge Decelerating Impact and Superiority Strike. It also has the same weakness: Chompers. Tyrannosaurus Rex and Allosaurus G2 will quickly dispatch this creature, but not before taking heavy damage first. This creature will be a very good contender in Epic Skill Tournaments for sure with its massive bulk and amazing Speed control!

Some older creatures are finally getting a little love this patch! It is finally time for Majundasuchus to shine! We have 3 new hybrids that only feature one new creature so most people should be able to create them relatively easily. Whether or not you level or use them is up to you, but we have some good options. 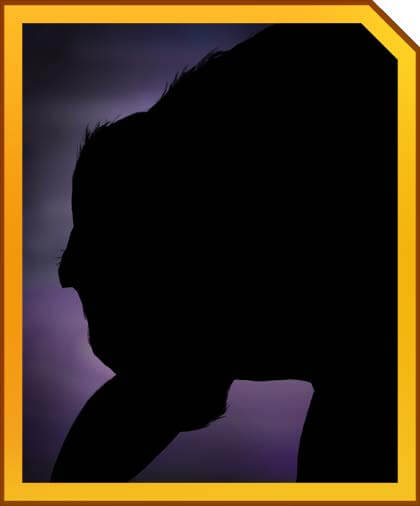 Similar to its Moschops parent, this hybrid combines the boarish ferocity of the Entelodon with the revenge abilities of Moschops. Entelochops' attributes make it a good bruiser, with 1100 attack, 4200 HP, 126 speed and 20% armor. Entelochops is a mixed hybrid, it's good for a variety of reasons: it can maintain speed advantage with Superiority Strike and Revenge Decelerating Impact , it can increase its damage and speed with Mutual Fury, and it can severely put the hurt on anything with Revenge Shattering Rampage . As with its Permian parent, Entelochops is Immune to Deceleration and Immune to Stuns. The scientists working on this hybridization project had a bit of fun when picking which creaturesto hybridize together. Can you guess what this creature's nickname is?

We're going to guess the nickname is Porkchops, or at least that's the nickname we're going to give it. Entelochops is looking to be a massive threat as an Epic. Mutual Fury on its own can make a creature extremely lethal, but then you look at the rest of its kit: Immune to Deceleration and Immune to Stuns means that it only has two real counters: Distraction and Nullification. Distraction gets countered by the Superiority Strike it has, so that's not always going to work. Forget outspeeding it because of Mutual Fury's Speed increase and the Decelerating abilities of Superiority Strike and Revenge Decelerating Impact. Armor and Shields also aren't helping you, as Revenge Shattering Rampage will break right through them. Overall, we might be looking at our new best Epic Hybrid creature! The only lucky thing is that its Attack Stat is quite low, so it won't hit that hard, even when it has used Mutual Fury. This creature is definitely deserving of a shot at being the 'Best Epic Hybrid', alongside Indominus Rex G2 and Procerathomimus. 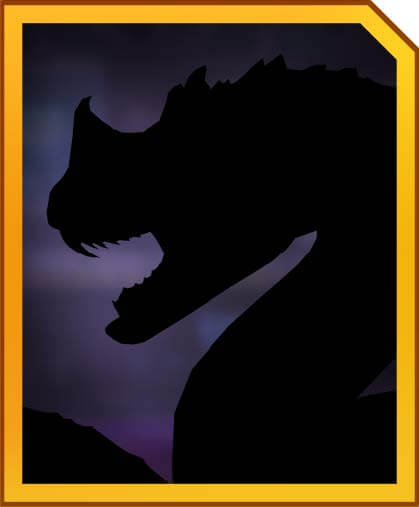 Consistency and long-term goals are this superhybrid's modus operandi. It inherits its traits from Majundasuchus and Titanoboa GEN2. With Raking Counter Attack, Immune to Distraction and Ferocious Strike, Majundaboa keeps the damage coming. With Shielded Decelerating Strike and On Escape Dust Cloud, Majundaboa ensures that it benefits from multiple sources of Shields to outlast the opposition. Last but not least, Majundaboa is a patient jack of all trades that has access to useful contingencies in the form of Cleansing Impact and Precise Impact. Its attributes are Attack 1000, Health 3600, Speed 110.

It has taken 14 updates, but Majundasuchus finally has received a hybrid. And a good one at that! This snake specialises in taking down Dodging creatures like Ornithomimus, Kelenken and even Procerathomimus with its Raking Counterattack. Fun fact: As long as Procerathomimus doesn't have the Distracting Rampage available to use when Majundaboa doesn't have a Shield up, Majundaboa wins 100% of the time. We will show you how in a future article. It itself is looking very weak to Chompers, with its average Health stat and relatively low Attack stat. Good thing it has Ferocious Strike and On Escape Dust Cloud to increase that! You really don't want to swap out against this Boa, as it will be able to increase its damage with 2 Ferocity boosts to add another 100% damage to its attacks! So that basic Shielded Decelerating Strike basically becomes a Shielded Decelerating Rampage, or even worse: Precise Impact becomes a Precise Devastation if it gets two Ferocity boosts! This is one Superhybrid you will definitely need to prepare for in Epic Hybrid Tournaments! 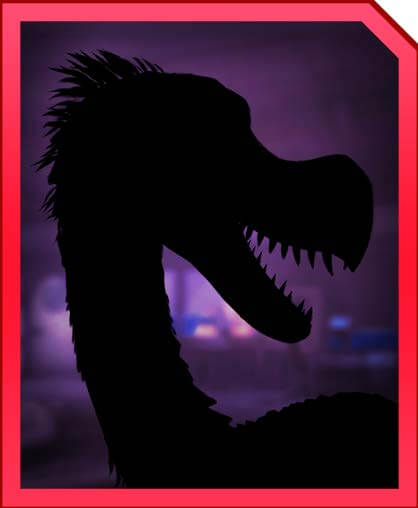 Gryposuchus ancestry combined with Kelenken DNA means that almost no one can escape the Grylenken, since it has No Escape. This hybrid maintains its speed advantage since it is Immune to Deceleration. Grylenken can counter certain arena matchups thanks to Evasive Stance and Immobilize, while it can pile on the hurt with Raking Claws. Its Simple Rending Counter Attack lets it deal consistent damage no matter the size of the foe. The snap-jaw terror bird hybrid has 1100 attack, 3000 health, 126 speed and 10% armor. Its basic ability is Distraction.

Grylenken (or Crockatoo) is a hybrid of the powerful Rare Speedster Kelenken and the No Escape crocodile Gryposuchus. Honestly, on paper, it doesn't look good. Very low Attack and Health combined with a kit not really giving it high damage aside from Raking Claws and Simple Rending Counterattack make it very weak damage-wise. This is shocking, as both of its components specialize in high damage output, with Kelenken having high Attack and Gryposuchus having Ferocious Strike to boost its damage. While No Escape is certainly a good ability to have, it might be wasted on Grylenken, as it really doesn't have the bulk to survive it unless it can Distract or Evade hits. 126 Speed is also on the lower edge of the Speedster bracket, allowing high damage creatures like Utasinoraptor, Pyrritator and Indoraptor G2 to outspeed it and Distract its damage even lower. Simple Rending Counterattack is a non-Armor Piercing/Shield Breaking counter, similar to how Swap in Savagery operates. That will help it out against higher Health creatures like Ardontosaurus, but overall, we think that Grylenken is going to be a bit of a letdown in Tournaments due to its lackluster stats. 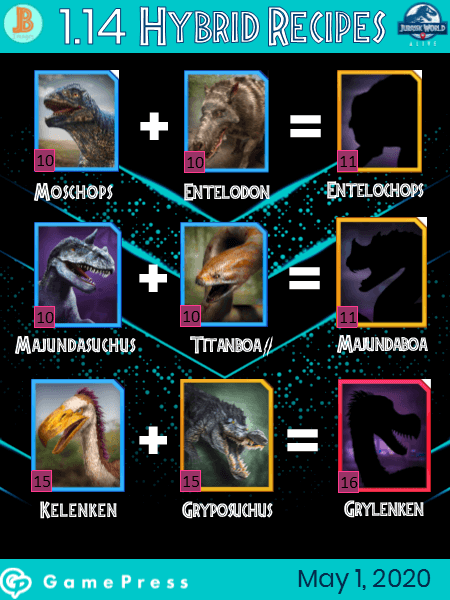 These are the new Permian creatures and Hybrids, and we are excited for them and what they will do in the Arena and in Tournaments! What do you think? Will they make a big splash in the arena, or will they just be Dinodex-fillers? Let us know in our Discord, where we are discussing Update 1.14 with all our members!

Join our Discord to discuss Update 1.14 with us!