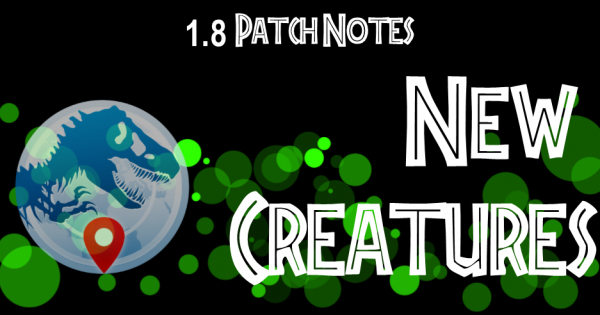 Update 1.8 brings with it 7 brand new hybrids, and they all could potentially be meta-relevant. We've got five Legendary creatures and two new Unique creatures. Let's talk about what they look like so far! (image provided by LlamaGod17 on Reddit) 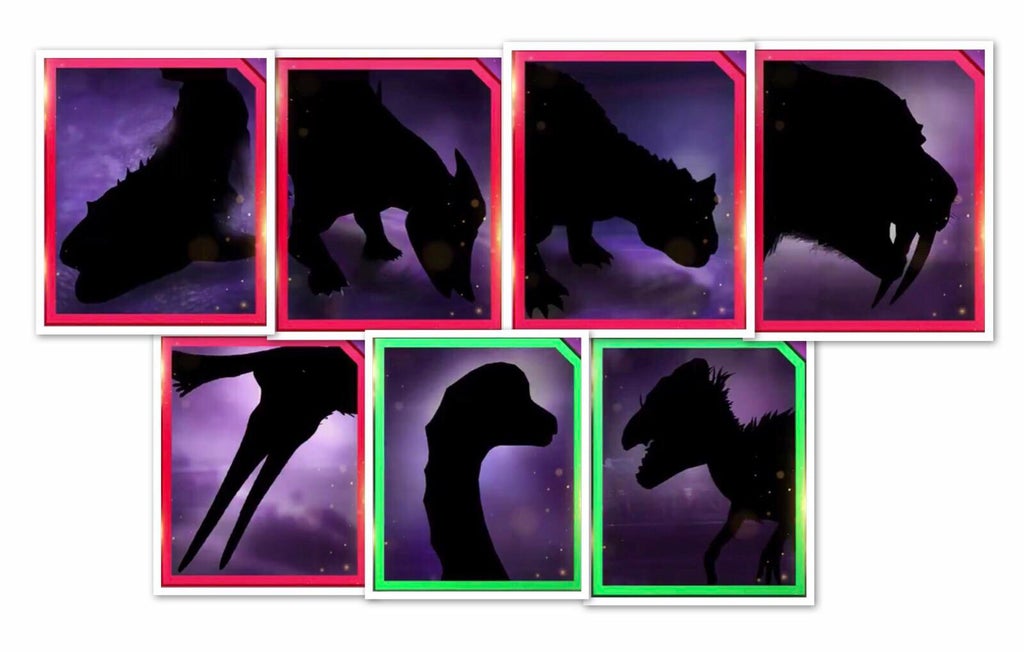 Smilocephalosaurus is a mix of Smilodon and Pachycephalosaurus. Both dinosaurs will need to be at least level 15 to begin fusing.

It's really the first hit-and-run type dinosaur with two cloaking moves (both deliberate prowl and evasive strike potentially reduce damage a good amount). And because deliberate prowl is slow (not instant) it could really cause some issues for dinos like Trykosaurus or Diorajasaur, since their instant move would go first. The addition of Precise Pounce means Smiloceph also ends up with distraction and a massive hit, making any matchup (even versus armor) a head game.

Finally, the addition of rampage and run means Smiloceph can get in and get out. It's an interesting combination, fitting a role that doesn't really exist right now. Nothing else is quite like it in the hit and run area. As long as it has enough HP bulk, it could be quite the problem in the arena.

There's a new distraction monster and it looks insanely interesting. By combining DNA for Diplocaulus Gen 2 and Concavenator (both need to be level 15) you end up with a distracting, counter attacking lizard-beast.

Anyone who has faced off against Pyroraptor knows that distraction effects stack. So distracting twice (like with Pyroraptor's Distracting Impact followed by Pounce), leaves the opposing dinosaur stuck for a full turn of zero damage. And Diplovenator has a MESS of distraction at its disposal.

Instant Distraction, Distracting Impact, Distracting Rampage, and Definitive Strike, in addition to Precise Shattering Counter Attack means this enormous lizard is a tanks worst nightmare -- and possibly Thor if it can live for a turn or two. But the real matchup nightmare again falls to Trykosaurus and Diorajasaur, the counter attacking tanks.

The only saving grace may be the low speed that the patch notes mention. Average damage and good health sound promising.

The only thing worse than Miragaia -- one of the most insanely powerful Common Dinosaurs in existence -- is adding the same skillset to something with Ferocious Strike. So now not only can this thing Regenerate, and not only does its shielding strike now also slow opponents, but this new hybrid can buff it's already terrifying attack and slow you with every single counter attack.

Both Dsungarpteris and Miragaia will need to be at least level 15 to fuse this monster hybrid.

Yeah. This thing might be a problem. Oh, and did I mention it comes equipped with around 124 speed? Those of us who were fortunate to be long past the early arenas by the time Miragaia was released aren't out of the woods. We'll be seeing a lot of this thing in upper arena, so long as the stats are halfway decent.

Combining Pteranodon and Quetzalcoatlus, you end up with a powerful counter-attacking bird. Both of these creatures will need to be at least level 15 to fuse this hybrid.

Equipped with Superiority Strike, Long Protection, Nullifying Impact, and Impact and Run, as well as the benefit of Swap-in Dodge and an Armor Piercing Counter Attack, this bird doesn't really inspire much enthusiasm. Unless it comes equipped with enough health to have the kind of survivability that has become so necessary in the new age of boosts, this Legendary bird may have some issues.

Still, this bird is a necessary component in one of the new Unique's, and that Unique creature looks really fascinating. Perhaps there's some worth to this brutal counter attacker yet.

By combining Pteraquetzal with Tanycolagreus DNA (both will need to be level 20 to fuse this new Unique), you end up with a fast, tiny, counter-attacking monster.

Not only does this thing come equipped with Swap-In Dodge and Sidestep, it also has Armor Piercing Strike, Long Invincibility, and Nullifying Rampage. But that's not what seems most scary about this new Unique. The patch notes boast more health and attack than Tanycolagreus, and the same speed. Tany was already a pretty overpowered little common raptor-substitute. Adding Invincibility, a Rampage, and a move that dodges and buffs crit chance makes this thing flat out scary.

What could make Carnotaurus better than it already is? Apparently adding armor. Wuerhosaurus finally gets a hybrid (yay!) but the opinions on this new creature are a little mixed.

While some people may not see the benefit in such a simple change (and the removal of Cleansing Strike in favor of Superiority Strike from Wuerhosaurus) adding 20% armor is actually a clever way to really make this slow counter attacker (with the strongest counter in the game) quite annoying.

After all, if Carnotarkus can just survive 3 turns, it literally kills anything (that doesn't dodge or distract) in the game. And with Superiority Strike, it can take priority for that shielding move instead of being stuck as the slower dino for the entire match. Honestly, this minor change looks very interesting.

As a sauropod fan, I am super excited to see this second Unique sauropod in the mix. We got one last patch that was a little underwhelming (thank goodness it was buffed this time around), but adding to the immune nature of Ardontosaurus is a brilliant way to make a terrifying... well... terror lizard.

Ardentismaxima requires fusing Ardontosaurus (at level 20) and Brachiosaurus (at level 20) to create something of the Sauropod king. Not only does this thing have insanely high HP due to the Brachio DNA, but it also benefits from the higher crit chance of Brachiosaurus too. It's moves are Definite Rampage for tank and cloak busting, Decelerating Strike, Decelerating Impact, and Instant Invincibility to turn away any would be massive moves that can't break shields.

But because you can't bleed this giant immune beast, you're really left picking away at it over several turns. If it has any kind of decent damage to go along with that high hit pool, it may be a staple on teams for many patches to come.

We are so excited about all the new things patch 1.8 is going to bring to the table. Pretty much everything the community has been begging for – from a nerf to Dracoceratops and Dracorex Gen 2, to balancing changes with critical strikes and cloaking, to more free ways to engage with the world and earn DNA for players who aren’t paying large sums, this patch has a ton to offer.

We’ve broken our patch notes for 1.8 down into six separate guides, giving you the rundown on all the changes. If you’ve missed the other guides, click the links below.

Get ready explorers! It's going to be fun!