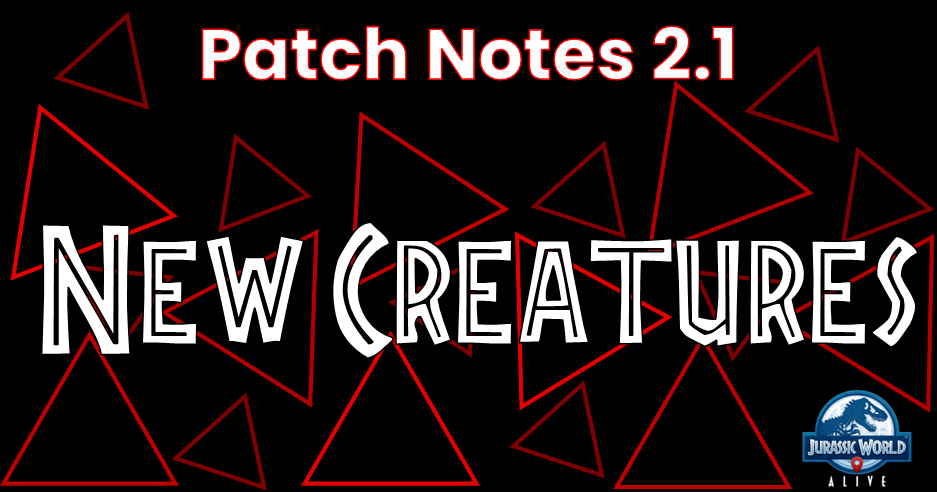 This article will focus on all the new creatures. So for everyone who has completed their Dinodex by unlocking Mortem Rex (and everyone else too) you have a new challenge! Ludia has introduced 7 new creatures this update, including a new Apex Tier creature! Let’s see how all these new creatures stack up! 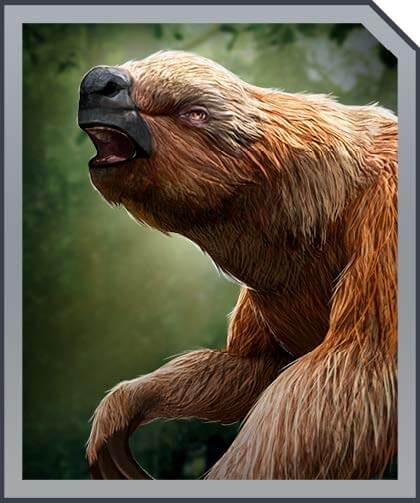 Ludia has introduced the massive sloth Eremotherium this update. Being classified as a Common Cunning creature Eremotherium specializes in damage reduction. It has a new basic attack called Camouflage that we will go more in-depth on in our New Abilities article, but it gives Eremotherium a Speed buff, dodging change for 2 turns and it reduces the opponents damage for 1 turn by 50%. So basically Cautious Strike without damage. It also has access to Cunning Rampage to dish out some big damage when it wants to. Ludia describes its stats as higher-than-average Attack and Health and extremely low Speed. Maybe we will be getting a new 101 Speed creature? It also has a 100% Deceleration Resistance, making it the first pure Cunning creature to have something like this. We are very interested to see how Eremotherium will play out in JWA. 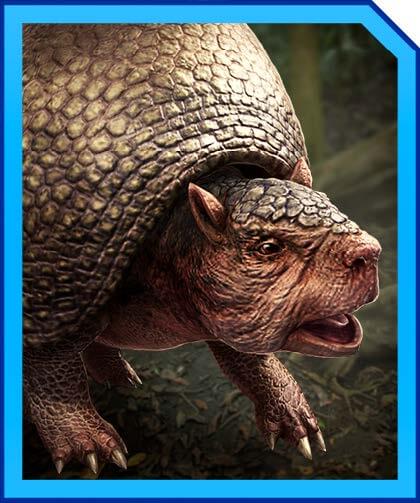 Did you know that Sloths and Armadillos are in the same animal order? Neither did I before doing some research on this new creature. Doedicurus is a Rare Armadillo-like creature, specializing in the Resilient category. With Resilient Strike, Resilient Rampage and Group Taunting Shields this creature is very defensive. Pair this with its Excellent Armor, meaning it will most likely be 25% or above and good Health Doedicurus will be able to survive quite a bit of hits! It has lower than average Speed and average Attack, meaning that it will probably sit in the 110 or lower Speed department and 1000 Attack. Overall, this seems like it will be a great addition to the Resilient group and we are excited to play around with Doedicurus. 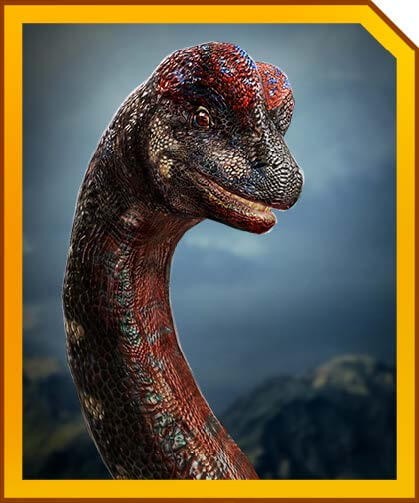 We have got another Epic Sauropod joining the fray, this time the Sonorasaurus. This behemoth is described as an Event Exclusive, so this means all Epic Sauropods are now Event Exclusive. So here’s to hoping it’ll have an event soon. Sonorasaurus is listed as a Resilient Taunter Tank, with it acting quite similar to Bajadasaurus. For big damage output it has Devastation, but it also has some other tricks up its sleeve that make it better than its Rare counterpart: Resilient Counterattack, Resilient Strike and the new move Taunting Vulnerability, which we assume will act similarly to Taunting Bellow, Taunting the opponent and at the same time inflicting them with Vulnerability. It itself cannot be Taunted, as it has a 100% Taunt resistance, so this creature might prove to be useful in Epic Raids! With average Attack, very low Speed and very high Health we suspect this creature will have 1000 Attack, about 102-104 Speed and it might even hit the fabled 6000 Health mark with its very high Health! Overall we are interested in seeing how Sonorasaurus will be in the game, but please Ludia, give us an Event for it quickly. 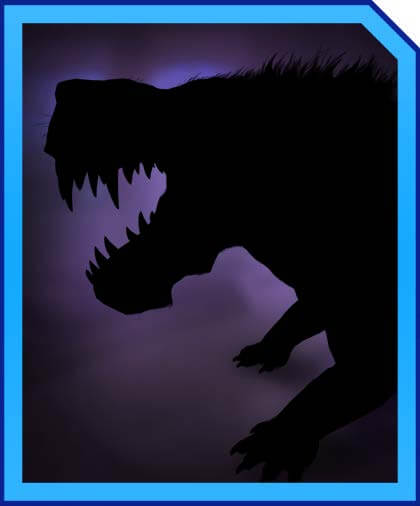 Now we are getting to the Hybrids, and we have got a new Rare Hybrid for the first time in a while! The two Commons Inostrancevia and Archaeotherium combine to create this Cunning hybrid. It focuses on Distraction, with half of its kit consisting of Distraction and it being 100% Resistant to it. It also inherits the amazing move Mutual Fury from its pig component, as well as some firepower with its Revenge Impact. It has higher-than-average Attack, assuming to be 1300, Average Health, so probably around 3000/3300 and extreme Speed, most likely being 131 due to the Inostrancevia component being that fast. We like the inclusion of this new Hybrid as it gives beginner players more options to play with. Keep it up with these Rare Hybrids Ludia! 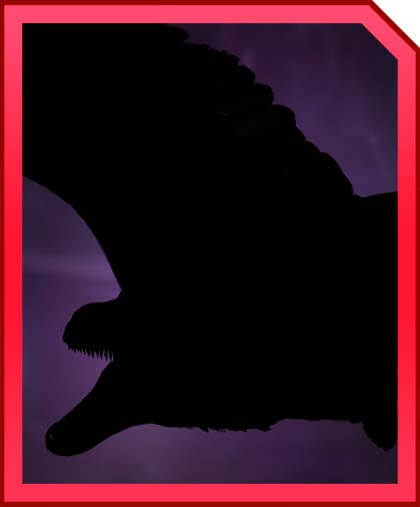 This creature was already spotted in one of Ludia’s promotional works but never really got acknowledged by Ludia. But it’s here now. Consisting of the Epic Haast Eagle and the Common raptor Deinonychus, we have got a Cunning focused creature. It’s modus operandi is making sure you will not be able to do big damage to it, with all of its move having either Distract, Evasion or even both! It has higher-than-average Attack, average Health and extreme Speed. Will we see our first 132 Speed Legendary creature with this Eagle? It has 50% Distraction and 100% Stun resistance, making sure that it will hit you even if you try to Stun it. Losing the 100% Swap Prevention Resistance Haast Eagle had sucks, as this creature will now be able to be trapped effectively by creatures such as Sarcorixis and other trappers. However, it has some pretty good moves, let’s hope the stats will back this creature up too. 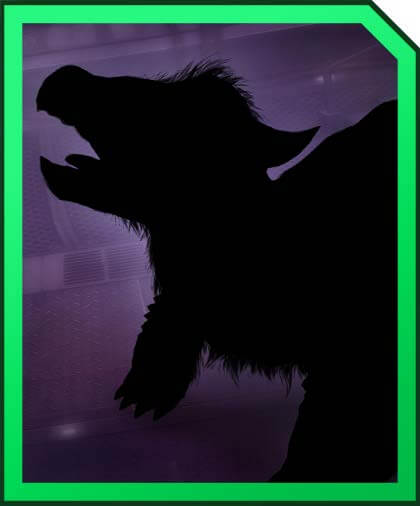 What is it with Mammoth superhybrids wanting to hybridize with Meiolania? Entelomoth has received a superhybrid and like Mammotherium it is with Meiolania. This creates an Unique Resilient creature that specializes in Support and Area Of Effect Speed control, ditching the Fierce elements of its Entelomoth component. It has Persistent Ferocious Strike, Emergency Heal, Group Decelerating Impact and Bellow. The Ferocity boosted Heal will  be quite hard to deplete quickly as it has higher-than-average Attack and Health, making its Healing more potent. It also has High Armor, which you can guess will go to 40% or even 50 or 60%. It also will not be Slowed down or be Vulnerable due to its 100% Resistances to them. Overall this seems like it is the more Raid focused of the two Mammoth Superhybrids, and we will see how useful it will be in Raids. 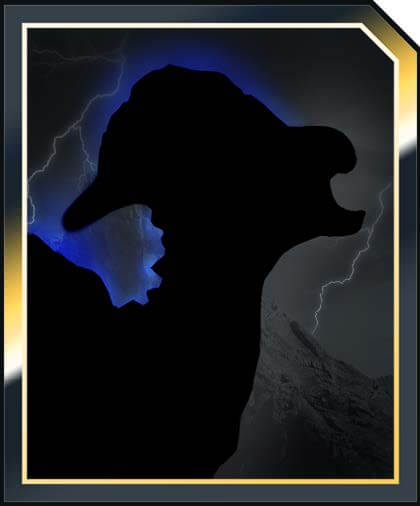 Speaking of Raids, we have come to our new Apex rarity creature. Hadros Lux is the first Apex Hadrosaur and it’s looking to challenge some creatures as the best Resilient creature. Hadros Lux sports very high Health and Attack and low Speed as its stats, which you could expect for a Healer. However, it has more than enough ways to make up for this low Speed. Resilient Strike, Resilient Rampage AND Resilient Counterattack will allow it to bring something down to 0 Speed in one turn just like Tuojiangosaurus and some other Stegosaurs are able to do. And forget about slowing Hadros Lux down, as it has a1 100% Deceleration Resistance. Its other Resistances are 100% Stun and Vulnerability and 50% Distraction. Overall Hadros Lux will seem like it’s going to be a force to be reckoned with, both in the Arena and in Raids. Unfortunately we will have to wait a couple weeks until we can start Raiding for it, but when the time comes be sure to Raid for it! This will be a top-tier Healer for Raids if you can unlock it!

These seven creatures are a welcome addition to the game. As a collector myself I will be trying to unlock them as quickly as possible to play and experiment with them. What is your favourite creature of the bunch? Let us know in our Discord server! We hope to see you on there!