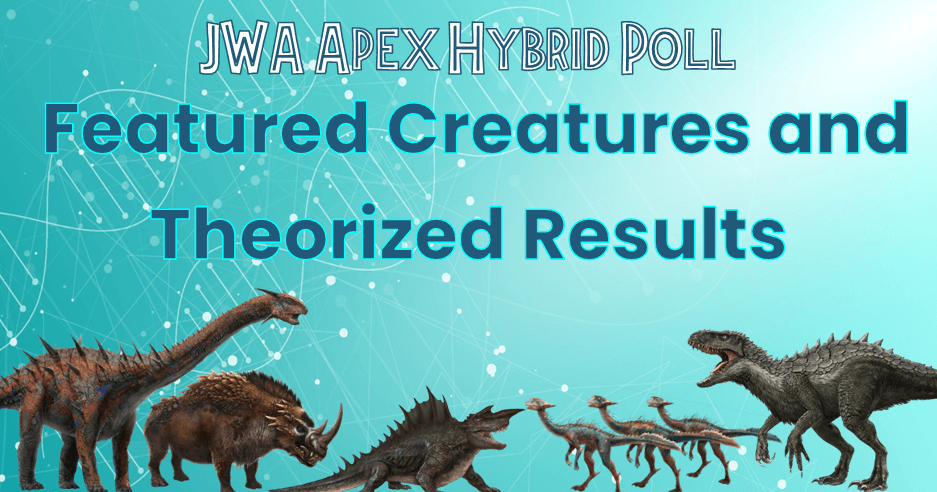 There has been a lot of talk lately about the Apex Hybrid Poll that Ludia released back in May. In it, we were able to vote for the 2  fusible Apex Hybrids we would like to see in the game. Almost daily on our discord, we get questions about when those results would be released and recently, there seems to be a lot of chatter about a specific winner of the poll. We would like to start this article by stating that there has been no official winner released by Ludia and any specific talk about which creature won is purely speculation and guessing by members of the community.

In this article, we want to go over all of the creature options we had, and why the community seems to think that one in particular is the winner.

There were 5 different creatures to vote on and we were supposed to vote for our favorite 2 creatures. It's important to note that the text on Indonemys says Indominus Rex, while the picture shows Indominus Rex Gen 2. Since nothing has been officially confirmed by Ludia, we are unsure which one is actually supposed to be part of that hypothetical hybrid. All of these images are official renders from Ludia and we have to say the design team did amazing on them as always.

After the official poll was released by Ludia, we made a poll on our discord to see what people voted for. Remember, that players were able to vote for their top 2 creatures. We also understand that the GamePress discord community is but a very small fraction of the overall playerbase. We had 642 people vote in the poll and according to our results, Geminideus was the clear winner. 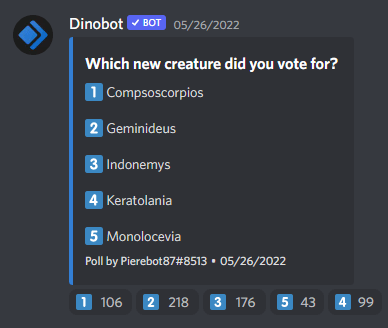 Based on discussion in our discord, there were various reasons people voted on specific creatures. Many voted based on what they could create the easiest while others went purely on design. Stegodeus is one of the oldest creatures featured as an ingredient in the poll so it makes sense that one was one of the top choices. People had a lot of nostalgia talking about that creature and would love to see it get a hybrid. People were also very excited about the possiblity of a long neck Apex.

Based on those moves above, it is theorized that Indonemys could be the one receiving those moves and therefore it is theorized that it won the poll. And it makes sense. Smilonemys has a prowling move and Indominus Rex has a cloak. This is not absolute proof that Indonemys won the poll, but it seems to be pointing in that direction based on those moves and this is why we see a lof of the community talking about Indonemys lately on various platforms (including Discord, Facebook,and the official Ludia forums).

While it is possible that Indonemys might be the winner, it is important to note that this has not been verified in any way by Ludia and that there has not been any official results of the poll actually released. It is fun to theorize and discuss potential winners, but it's also important to be very clear that this is all theory and speculation. Saying outright that a specific creature has won can cause a lot of confusion, especially with people that might not be on all platforms.

Since this is all theory and speculation we would also highly suggest you don't level or fuse any specific creature based on the above datamine. It's always okay to hunt and stock up on DNA for potential hybrids, but fusing and leveling could be a potential waste of DNA if that particular creature doesn't actually end up in the game. 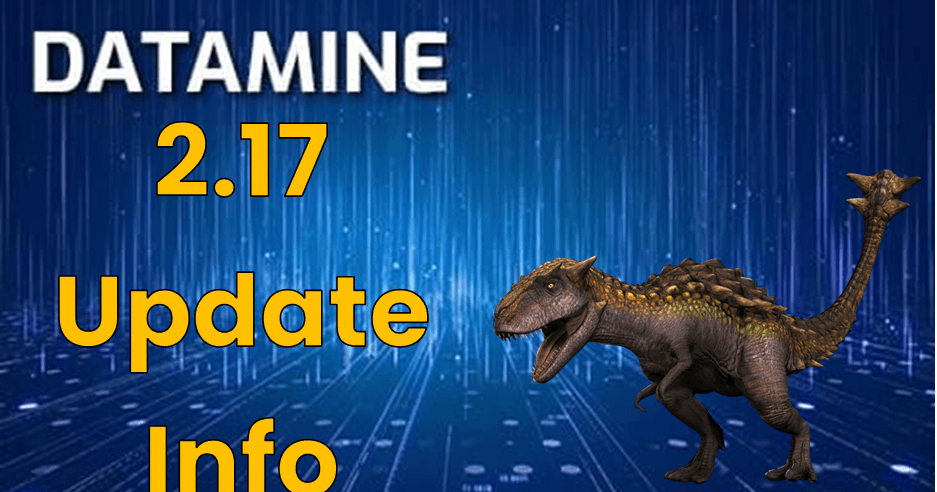 Hopefully, we get some more information soon on the winner of the poll and we'll see what new fusible Apex could be coming in-game next. GamePress will make an announcement or release an article as soon as we receive any information about it. Join our discord to let us know which creature you voted for and which one you would like to see in-game and make sure to follow us on Twitter as well so you don't miss any important announcements or articles as soon as they are released.