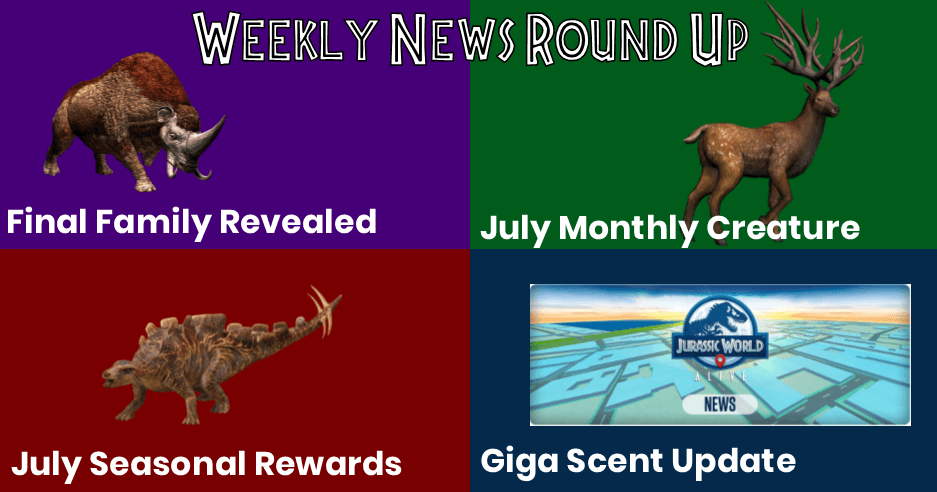 Hello Explorers! We are still anxiously anticipating more information about the next update! A Mod on the forum confirmed we won't be getting any notes this week and since we haven't seen any real teasers outside of the families being revealed, we are thinking it'll be another 1-2 weeks before we hear anything else about it.

Make sure you check your in-game mailbox as there is an incubator that included Ardentismaxima DNA! This is compensation for the tournament reset that happened last weekend. You will receive up to 100 Maxima DNA depending on your player level. This incubator will not replace the Championship incubator your alliance will earn and you will be able to collect those rewards on Monday. There is also a Fireworks scent since that failed to appear on the map this week.

We've had plenty of other news this week so let's get to it.

Today the last family was revealed. We still don't know eactly how these families will function in the game, but we know they will be associated with the new Co-Op mode in some way.

Today they announce that the final family that will be revealed is the Rhinocerotidae family.

These horned creatures can survive any attack from your opponents with Armored and Shielded Taunting Tanks! They will remain undefeated as they have some Speed Control and Anti-Dodge abilities.

This mighty family consists of: 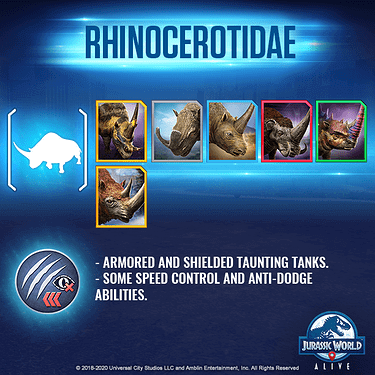 When you look at this family and several of the others in the thread players have noticed a lack of several key creatures (like Mammolania, Tuoramoloch, and many others). Apparently this isn't a mistake as one of the forum staff verified that:

dinos who are in those families but not on the list means that they won’t be gaining the co-op abilities.

The Rhino family was the last one to be revealed so there are several still missing that we would expect to see (like the birds and Rex's), but that doesn't mean we won't get them once the new update goes live. They could also be introduced in future patches. Either way, we are really excited to see how these families function in the game and can't wait to get more information about the Co-Op mode!

The Kelenken season ends next week and today they announced the next Seasonal reward. 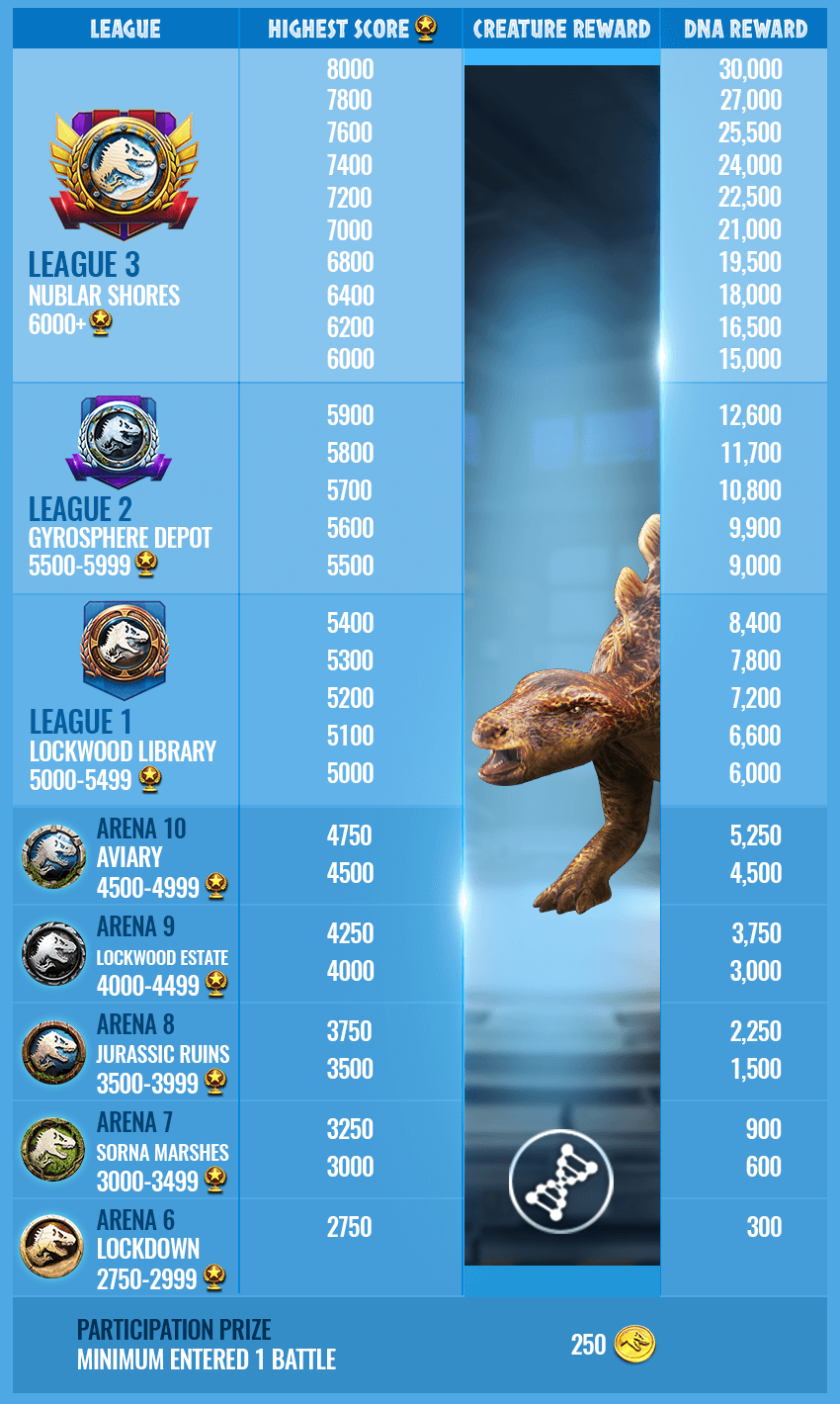 Once again not the most exciting DNA in the world. I would still like to see more exclusive or harder to obtain DNA in the arena to really motivate players to do well. Wuhero isn't a horrible reward and being a park spawn it isn't as easily accessible to many players, but it's also not something many find worth fighting for in the arena. We hope the Championships offer some good DNA next month so at least we have the tournaments to look forward to.

The July daily creature was also announced and we are pretty excited about it! 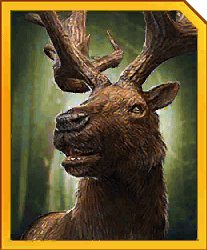 Since this is a dawn/dusk spawn only this is one of the more difficult epics to hunt down so we are excited about getting it for the whole month of July! This should definitely be the motivation to finish those daily missions. It might not have the best hybrid of the bunch, but this is helpful to all of the collectors that want to finish their collection and haven't been able to.

As the COVID situation continues to affect players around the world it looks like Ludia is taking it a couple of weeks at a time regarding their response and the in-game perks we are receiving as a result.The last announcement said they would be extended until June 30th, but it looks like they have extended it once again until July 15th. Posting on the forum:

We hope everyone is staying safe during this time. As we have previously mentioned, Jurassic World Alive is adjusting the game to make your playing experience a good one from home. Here are some of the new changes:

We are really enjoying the Giga scents especially and hope we get an Entelomoth pursuit soon so we have even more chances to get out there and get that Mammoth DNA!

We are really hoping to see more teasers this next week and can't wait to read patch notes once they go live! We should also be getting a new hybrid pursuit next week and I am crossing my fingers for Entelomoth, especially with the extension of the Giga scents. Make sure to join our discord for more discussion and the most up to day information in the world of JWA!