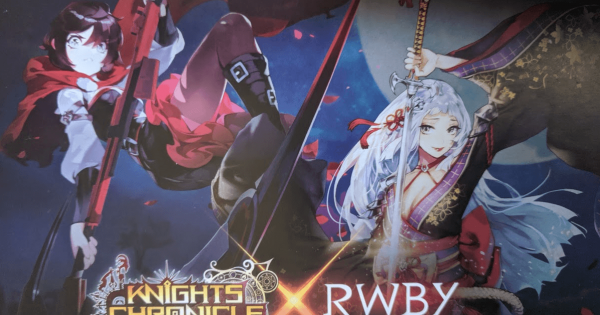 On July 5, 2019, at Rooster Teeth Expo in Austin, Texas, Netmarble announced that a new crossover event will be taking place in the game Knights Chronicle, available both on iOS and Android.

GamePress spent some time with a Netmarble representative, who told us that this partnership was initiated by Netmarble originally.

"We're all really big anime fans, and also just fans of animation in general. So when we were thinking of possible collaborations for Knights Chronicle...RWBY was immediately at the top of our list."

They also confirmed that Cinder will not be a summonable unit, but instead will be obtained through missions.

"Cinder is available through an Advent Dungeon. This one's special because most Advent Dungeons have little bits of dialogue, this has actual cutscenes with an original story that we collaborated with the Rooster Teeth team to write. Team RWBY actually comes to the world of Knights Chronicle and meets the heroes there, and has to fight Cinder to find their way home."