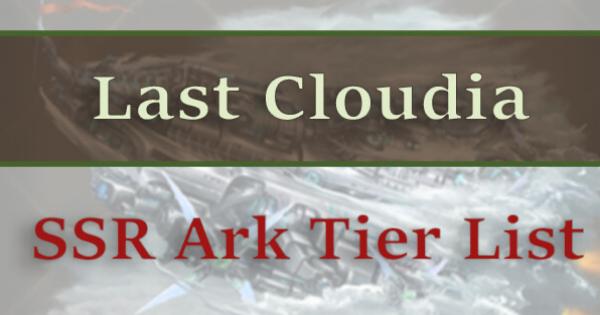 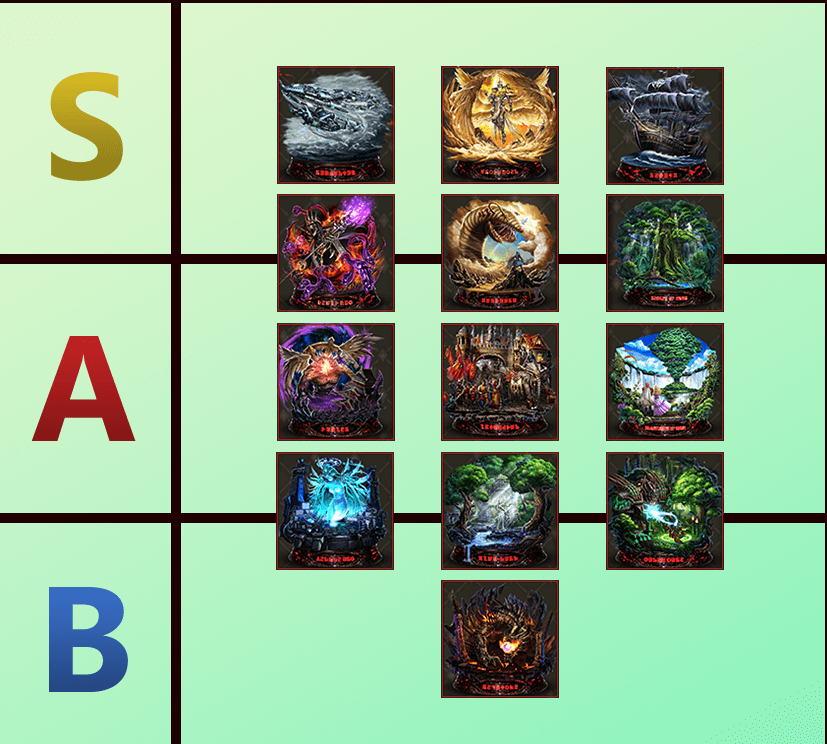 These Arks have meta-defining skills for your units that will significantly improve their performance, so long as the unit can effectively use them of course. They also have very strong Ark passive abilities and/or Ether items. Aiming for these is the most common recommendation for rerolling.

These Arks either have very potent skills for your character to learn, or sport a very powerful Ark passive and Ether items. It's not the whole package like the S tier, but it's still recommended to focus on them as they will greatly improve at least one particular unit build/role.

These Arks have skills that will generally improve certain roles' performance, although the power up they provide is not as big. They still may have an awesome Ether item, or a great passive, so not a bad pull by any means.

These Arks can help a very specific build type (mostly niche) achieve its full potential, and while it's kind of vital for those particular units, it's generally not wise to invest into these until you already have a wide roster of Arks leveled up.

Sadly these Arks do not significantly aid any kind of build at all, since their skills are mostly subpar, or of very situational use. Their ark ability is also generally poor, and even if their Ether items are actually pretty nice, it's not enough to save them from B Tier.

Rating: 9/10, perfect for neutral Phys DPS like Shin or Robin

Rating: 8/10. This ability would be great for farming. The catch is that, once you have this at level 10, farming with this Ark on will take a toll on your blue orbs. At that point it's better to rely on Pirate Feast instead. The Stun resistance part will be very handy for PvP however, when that comes out.

Rating: 8/10. This is the same as Robin's passive, and will turn any other unit into a great farmer as well.

Rating: 6/10. Great for tanks, and melee units in general, if you prioritize survivability.

Rating: 9/10. The best sword in the game, competing with a future ether reward (Megrona's).

Rating: 7/10. Good for tanks and physical units in hard boss fights. It's probably one of the best arks to use if you feel like trying to solo a boss with a single unit.

Rating: 6/10. Solid ark for healers, especially early on. But it does become redundant if you choose to equip Immovable Object.

Rating: 6/10. A great survival accessory, it basically gives the Blessing of Mana skill for free, saving you 3 SC.

Rating: 3/10. This passive is really situational, I can only recommend it when facing a boss that deals ice-type damage.

Rating 6/10. Only good on bow users, and bows are generally subpar in terms of STR, except for this Ark's ether reward.

Rating: 7/10, great for the few physical units that have Light/Earth skills.

Rating: 4/10. This is meant exclusively for tanks, which can usually benefit more from damage reduction since guard rate is still quite low.

Rating: 3/10. A lot of effects, none of which are particularly useful.