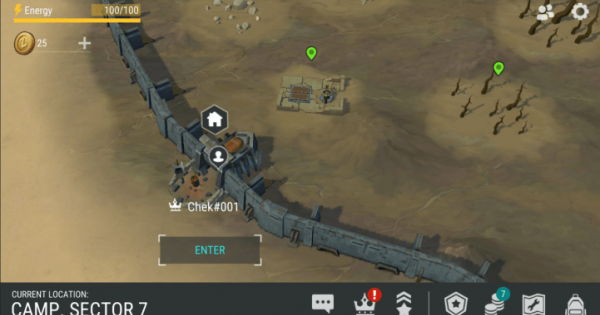 Kefir! Has released a few sneak peek images and videos for the upcoming Sector 7 update. Specifically, on player rankings and rewards.

Hello survivors! Earlier today, Kefir! released some sneak peeks about an upcoming Sector 7 multiplayer update. It’s been a while since the last multiplayer update, so we’re very excited to see what this update has in store for us!

In this teaser video, we can see a few interesting images. The first of which appears to be a large horde of zombies, many of which appear to be new zombies. Currently, the horde can only be encountered outside of Sector 7, could this mean there will be a new horde inside of Sector 7? The other image we see is 2 players inside of the clan base building up workbenches. Currently, in Sector 7 there isn’t a lot to do. This could mean that we’ll need to finalize these workbenches to fully utilize this new update.

Along with this video, Kefir! shared some more information with us. The developers said that this Sector 7 update will be released between Season 2 update (the last update), and the Season 3 update. This means that this will be the next update guaranteed.

Just earlier today, Kefir! shared a few other images of the upcoming update with us. They also shared some very interesting information about the update. The most shocking of which is the fact that in the next update, they will finally be removing the storm! The storm was an equalizer that reset all Sector 7 clan progress weekly. This was widely disliked by most players, so we are definitely very happy to see this go! It’s still unknown why they’re removing the storm, but we hope that that should be explained when the next update is released.

This image here shows us something called “Camp. Sector 7”. From what we see in the image, it appears to be some sort of competition. If you win this competition, you would then receive individual rewards, as well as clan-based buffs. To win the competition, it seems you need to have the most points. We’re unsure how these points will be obtained, or who you’ll be competing against, which should be revealed in the next update. 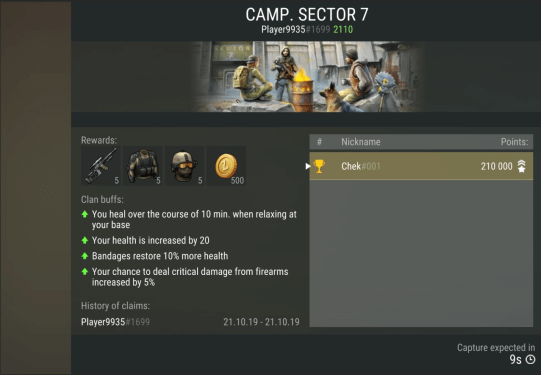 This next image doesn’t show a whole lot. It gives us a brief overview of the Sector 7 map, which has a new location. Again, we’re unsure what this new location is, but it should be revealed when the next update goes live. 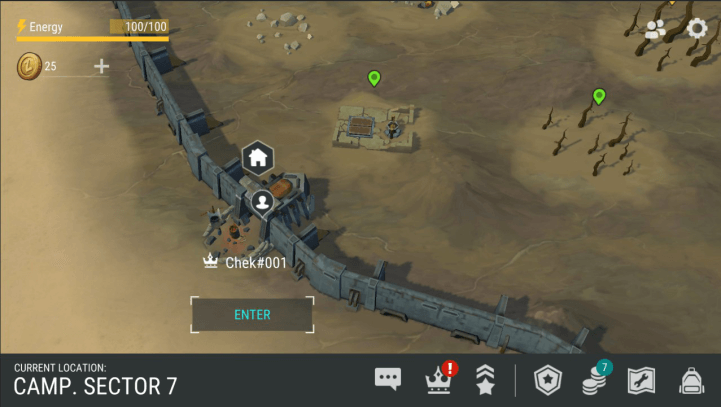 Lastly, we have an image that shows us exactly what rewards you would receive for having the most ranking points. As for individual rewards, you would receive 500 coins, 5 sets of armour, and 5 rifles. The armour and rifles appear to be new items that have not been released yet. On top of the individual rewards, your clan will also receive several buffs such as faster healing, increased health, increased healing of bandages, and increased critical damage odds. 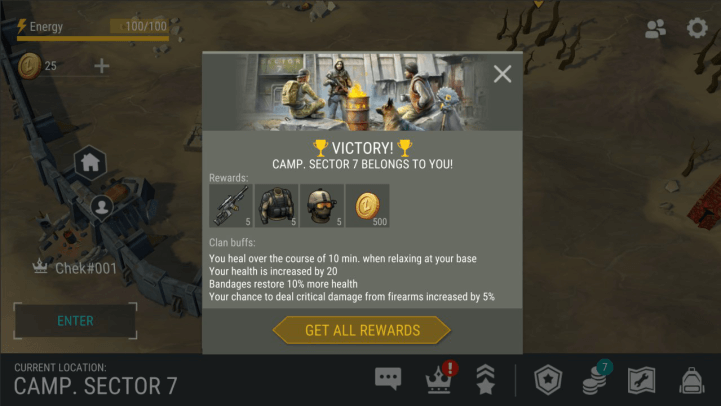 Overall, this update looks to be jam-packed full of new multiplayer content. Combined with removing the pesky Storm, we can see this really taking Sector 7 to the next level and giving it the competition it has badly needed. We look forward to seeing just how awesome the update is when it goes live! Until then, happy grinding, survivors!