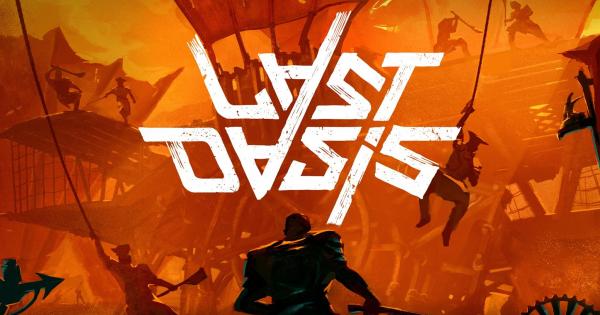 If you've spent any time playing mobile games like Durango Wildlands or Last Day on Earth, or watching The Walking Dead, you're probably a survival horror fan.

And this new game from a brand new studio called Donkey Crew looks to be a really interesting addition to the space. With a trailer that seems influenced by Steampunk style novels and Mad Max films, and elements of survival games that have become cult classics on mobile, Last Oasis looks really fascinating.

Set In A Post-Apocalyptic World

The developers describe the setting as follows:

Last Oasis is set on Earth thousands of years in the future. A cataclysmic event has destroyed the moon and halted the planet’s rotation, plunging it into two extreme environments. One habitable strip of land sits between razor sharp ice and darkness and the burning desert wasteland, slowly moving as the planet rotates around the sun. A day now lasts a year and the only way to survive is to keep moving. The remnants of humanity have built a large waking city, Floatilla, from which unwilling nomads must be sent into the passing oases to gather necessary resources to keep the city moving. Outside the city walls, warring clans clash in bloody battles over resources, territory and alliances. Not many return alive.

That right there should have you interested, especially given the pretty strong looking trailer.

And with games like World of Warcraft Classic trying to bring back the good ol' days of MMO's, who better to create such a game than a bunch of people who used to mod Mount & Blade.

Get prepped nomads. It's gonna be an epic ride. To get in on the early access, check out the game on Steam. And check out the below for some more footage of gameplay!