The Last of Us Part 2 Is Not Comparable to Schindler’s List, Stop That 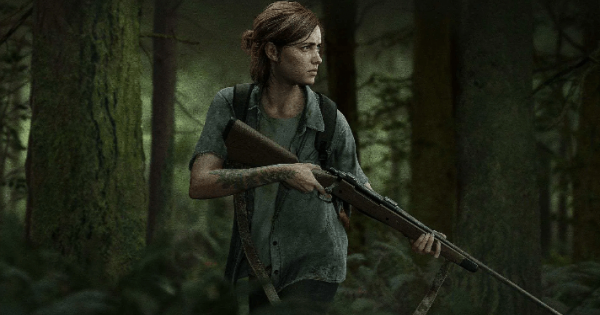 (I am responding to one specific review of the latest PS4 exclusive that will surely sell exponentially well. )

This is a sentiment I see often in game reviews, albeit worded differently. An amazing smash-hit video game must be compared to other great works of art. Journalists love to declare games to be the Citizen Kane of Dark Souls of video games but the truth is, video games do not have a history as an art form like movies and music and books do. As a medium it struggles to maintain authenticity and respectability. Roger Ebert famously declared video games are not art and, well, he is an expert on MOVIES, so he has an informed opinion on media.

His argument has been refuted a multitude of times, but in today’s media inundated society, comparing two narratives seems like common sense, even if they are in different forms. In doing this, stories in video games are simplified and contextualized in a way that devalues them for what they are: experiences that grant agency over narrative.

Video games are not movies, and comparing the two is akin to comparing a movie and a book. Looking at the history of adaptational movies over the years, a trend I have noticed is that recent successful movies based on books use source material that has reached popular culture critical mass. Lord of the Rings, Harry Potter, Twilight, and The Hunger Games come to mind immediately (Anyone else remember Percy Jackson or Artemis Fowl?). The first series is one of the biggest fantasy IPs of all time, and the latter three were inescapable at the height of their popularity. Book adaptations which are successful movies typically transcend the original words to bring visual excitement to the viewer. A kid reading Harry Potter and the Philosopher’s Stone doesn’t have to imagine the twisted head of Lord Voldemort on the back of Professor Quirrel’s skull if the movie shows it to you and makes you gasp. And if you told someone Forrest Gump, The Princess Bride, or Schindler’s List were movies based on novels, they might be surprised. Those movies use the art of cinematography to engage the audience in a way that the mind’s eye cannot.

A Book Into a Game Into a TV Show

Video games that are adapted have fared much worse. This century we have seen Hollywood try Prince of Persia with Jake Gyllenhall (so Persian), Hitman with Timothy Olyphant, Doom with Dwayne “The Rock” Johnson, and Assassin’s Creed with Michael Fassbender. Detective Pikachu and Sonic the Hedgehog have recently become the frontrunners, but The Witcher series on Netflix starring Henry Cavill cannot be ignored. The Witcher book series, which was adapted into a hyper-famous video game series, inspired the adaptation of the work into a Netflix Original.

Andrzej Sapkowski released the first books of the series in the early 1990s and they weren’t translated into English for over a decade. CD Projekt Red can be credited for almost all of the series’ mass popularity, thanks to the success of The Witcher 3. But if you have seen the TV show, you’ll know that it varies wildly from the game. Sapkowski has had disagreements with CD Projekt Red’s adaptation in the past and his involvement with the project has caused some friction, especially when it comes to his opinion of it.

"The game - with all due respect to it, but let's finally say it openly - is not an 'alternative version', nor a sequel. The game is a free adaptation containing elements of my work; an adaptation created by different authors," he noted.

"Adaptations - although they can in a way relate to the story told in the books - can never aspire to the role of a follow-up. They can never add prologues nor prequels, let alone epilogues and sequels.

"Maybe it's time to set the matters straight," he went on. "'The Witcher' is a well made video game, its success is well deserved and the creators deserve all the splendour and honour due. But in no way can it be considered to be an 'alternative version', nor a 'sequel' to the witcher Geralt stories. Because this can only be told by Geralt's creator. A certain Andrzej Sapkowski."

Toss a Coin to Your Sapkowski

Sapkowski’s tenuous relationship with the game series has resulted in litigation in the past, and his disposition is revealed a bit more when he spoke about his opinion on the series as a Witcher story:

"The visual effect will be stunning, the players delighted - some might even consider it to be better and easier digestible than the original book, because in the book the letters are so small.... Some will never even reach for the original book; as for them, the game will be enough," he believes.

"But it is the book that's the original, this book is the result of the author's unique, inimitable talent. 'Transfer a book into a virtual world'? Funny. It's impossible."

Sapkowski is arguing that video games cannot capture an author’s intent, especially in adaptational work. To him, The Witcher is his story that can only be told with his voice. His opinion is reiterated when asked about the TV show adaptation as well.

io9: Was there anything you insisted be included or fought for?

Sapkowski: For the record: I strongly believe in the freedom of an artist and his artistic expression. I do not interfere and do not impose my views on other artists. I do not insist on anything and do not fight for anything. I advise. When necessary. And asked for.

io9: Were there any creative changes the show made that you agreed with, or even changed your view of your work?

Sapkowski: It was inevitable. The process of transforming words into pictures cannot be done without some losses. But I’d rather keep the details to myself.

io9: What surprised you the most about the production process?

Sapkowski: A lot of things. Even though I am not so easily surprised. Believe or not, when I write I don’t see any pictures. It is not a visual process with me. I see letters only and I work with letters. So, when I see some visualization of my work—be it comics, games or movies—sometimes I am really surprised. Mostly pleasantly.

io9: What do you think translated best to screen in the show adaptation?

Sapkowski: My name appears in the credits. I cannot praise the show. It wouldn’t be decent.

io9: What do you feel didn’t successfully translate to screen in the show adaptation?

Sapkowski: I would have to be an idiot to say. My name appears in the credits.

Sapkowski is wise in withholding his opinion and speaks from an experience many cannot relate to. His story, characters, and world have been perverted into a medium that he has zero familiarity with (aside from bridge and poker), and to a level of success that few achieve. The games have sold millions and won dozens of awards, and while the players have fallen in love with Geralt and Cyril and Whateverthefuckhernameis, their personalities and narratives are not faithful to the original intent. I don’t believe Sapkowski is keeping quiet for any malicious reasons. He acknowledges his opinion has little to no value due to his association with the source material, and that viewpoint is necessary for quality media criticism.

The Last of Us Part 2 is probably a fantastic game. Naughty Dog doesn’t make bad games typically. TLOU1 was hyper successful and the amount of work put into its sequel is megalithic, to the point of dangerous. This is not reflective of any kind of production pipeline in the movie industry, unless the movie is 100% made of special effects like Pixar. I don’t think the filming of Schindler’s List was as work-intensive as creating the graphics, story, and music for a game that takes as long as the full movie to get through a tutorial.

Schindler’s List is intense in many other ways. Such as depicting one of the biggest war crimes in history. Liam Neeson’s monologue at the end of the movie moved me to tears as he lamented all the work that he could not do to save the innocent Jewish people he kept working in his factories. He is a hero who fought against tyranny and the end of the movie has no celebration. “I could have got more,” is his response to the people he saved. “I threw away so much money, you have no idea.” Schindler devolves in front of these starving, dejected workers into a crying mess that valued his possessions over lives he might have been able to save.

So how would a Schindler’s List video game work? (It wouldn’t, just play Papers, Please). If a story as heart wrenching as Oskar Schindlers could be told as a book and a movie, why not a video game?

Because nobody wants to be immersed in the world of Schindler’s List. They want to be Joel or Ellie or Geralt of Rivia, killing bad guys and saving the day. Oskar Schindler saved the day, yes, but the final scene of the movie is the ancestors of the people he saved leaving flowers on his grave. It’s a solemn moment, and enjoyment is hard to get out of it, let alone anything resembling fun. The Last of Us Part 2, or any video game, cannot have that type of emotional impact on the audience. Video games are popular because they make the player feel good and enjoy themselves.

When a game review compares its subject to a movie like Citizen Kane, it does both series a disservice. Sapkowski understands that, and CD Projekt Red understands it too, shown by their response to Sapkowski’s game comments:

"Our cooperation has a strict and defined direction. I can't imagine Andrzej Sapkowski playing a game to do research for the new novels. This is unlikely and would look like writing a book for a game or movie release, which ends badly in most cases; the novel winds up in a collector's edition and then covers with dust somewhere on the gamer's shelf.

"We want to develop The Witcher's universe in other media, not only video games. We have Mr. Sapkowsk's blessing and what we create is in line with his vision of the world, no matter how the saga will evolve.

"We want The Witcher's universe to be a part of pop-culture like Star Wars or The Lord of the Rings, and for our fanbase to expand rapidly. We just have to carefully and diligently do our thing. 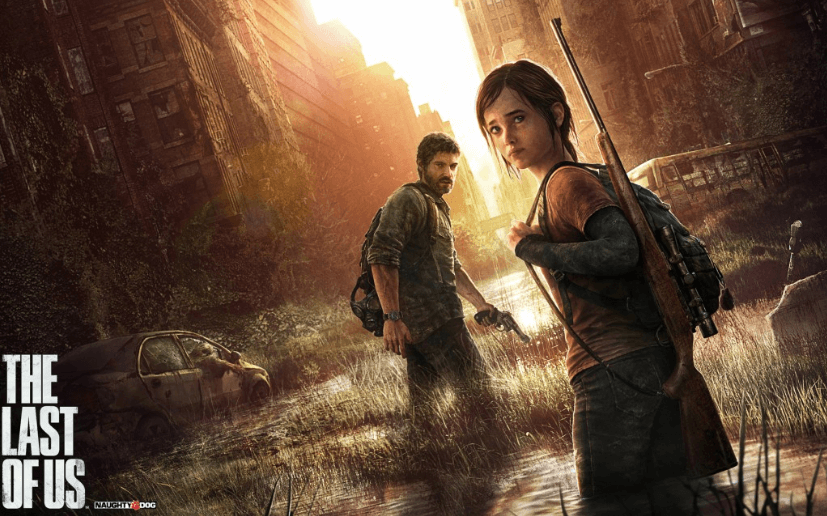 Just change Joel to Brad Pitt and Ellie to Eli Roth and maybe we could get an Inglorious Basterds thing going?

Badowski knows The Witcher is a compelling story and has the sales charts to prove it. He also knows that a good story transcends the form it takes and changes into something unique every time. If the narrative or plot shifts a little and if the characterization gets thrown around, that doesn’t detract from the game having value. The Last of Us Part 2 is not remotely comparable to Schindler’s List, and if I wanted it to be, I would have to imagine myself being Oskar Schindler. Looking at ledgers of names and deciding which ones to send to genocide. Watching a little girl in a red coat be massacred and immolated. Living the most traumatic experience a person could imagine.