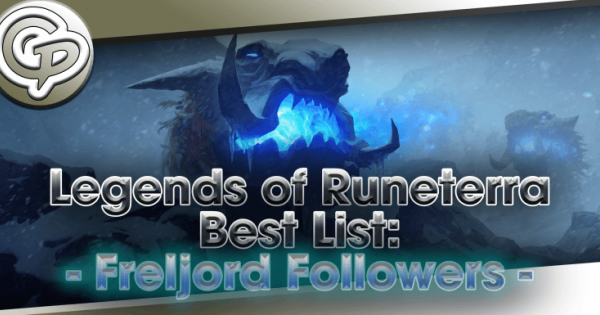 The Freljord Region is a land of history buried under the label of "uncivilized". The young warmother queen, Ashe, is believed to be the reincarnation of Avarosa, one of the three sisters who united the Freljord Region thousands of years ago.

While Ashe fights to preserve the Avarosan traditions, another Iceborn has made his way into Legend of Runeterra. Trundle, the Troll King, personifies the brutality of the Region. Trundle brings with him big Troll Followers who capitalize on large stats and Regeneration to wall out aggro decks and Overwhelm the opponent.

Tier 3, by virtue of being on this list, are still some of the best Freljord Followers but risk falling into obscurity without further support.

Spiritually, Freljord plays like an avalanche; ramping by placing or buffing future Followers. Omen Hawk is a cheap chump blocker that buffs the top two Allies in the deck, building quick momentum for the following turns.

Omen Hawk remains a Freljord staple and is unlikely to lose value without power creep or a complete meta shift as Omen Hawk is, in most cases, at least a welcomed draw at any point in the game.

Prophetic midrange draw power that pulls a stronger reinforcement from the deck, Babbling Bjerg can be manipulated to ensure the same finisher is drawn or provide useful synergy for Behold decks on top of just universal value in his ability to ensure that the player has options to play on curve. A 3/3 body is at least standard, making Babbling Bjerg a good defensive option that sets up for a big summon on the following attack phase.

Draw power is always a priority in any card game. Avarosan Sentry replaces himself by drawing a card when his Last Breath is activated, helping to maintain hand size against the opponent and cycle the deck for useful cards. A solid card at a fair Mana price that can find itself splashed into many decks that may not necessarily heavily feature Freljord.

A well placed Frostbite can ruin an attack as well as a well placed defender. For 3 Mana, Icevale Archer does both, potentially preventing crippling or lethal damage before it begins.

Offensively, Icevale Archer can disable a defender and threaten a 3 damage poke. Icevale Archer is a versatile momentum shift that should be played strategically.

Not a new card, but one who appreciates the new, slower meta. Healing effects have become much more common as the meta drifts into later turns and stall oriented tactics gain footing; something that the Freljord Region has always capitalized on.

As Regeneration becomes more common among Freljord Followers, Kindly Tavernkeeper has less targets. The fact that he can target the Nexus as well keeps him from becoming obsolete.

Augur of the Old Ones -

At 6 Mana, 5/5 feels just a half step behind, but with Regeneration and Overwhelm, Augur of the Old Ones bullies the board while passing Regeneration and Overwhelm to any Ally. This powerful buff is appreciated by more targets than have been thoroughly tested at this point and Augur is likely to continue discovering new targets for this unique ability, even if it is locked behind a Behold keyword.

Behold makes sense in the Trundle Troll archetype that Augur of the Old Ones belongs to, but is a bit of a hindrance in any other deck, as it means holding one unplayable and expensive spot in your hand. Augur coming in at 6 Mana means that the player's hand is most likely filtered to the late game cards at that point, so Augur and his deeply synergetic ability can venture outside of dedicated Behold decks and into other builds which already capitalize on a big Follower finisher.

Buffs every Ally in the deck and comes in at a hard-to-ignore 5/5 body as well. Still a solid Set 1 card that is a common midgame presence, although his ability reads better on the card than it performs in practice. Buffing every Ally in the deck by +1/+1 is only as good as your draw power, especially as Freljord moves away from buffing future Allies and more towards playing big Regeneration finishers.

While this ability seems like a step up to Omen Hawk, Omen Hawk's cheap price affords the prophetic hunter some mobility

Still a great setup, but is being pushed off the board in favor of Mana ramp as Freljord now favors placing big Allies instead of buffing future Allies. Starlight Seer still sees plenty of play in other Regions, especially enjoying the Gem package from Targon and the surge of quick Spells meant to trigger Nightfall.

The 8 drop meant to be held in hand to trigger the Behold ability. A strong finisher and wall breaker on his own, as the combination of Challenger and Regeneration makes it difficult to defeat Uzgar in combat while also being a powerful target removal.

Not a bad 8 drop, although in decks which do not run Behold, there are better late game options, namely They Who Endure. 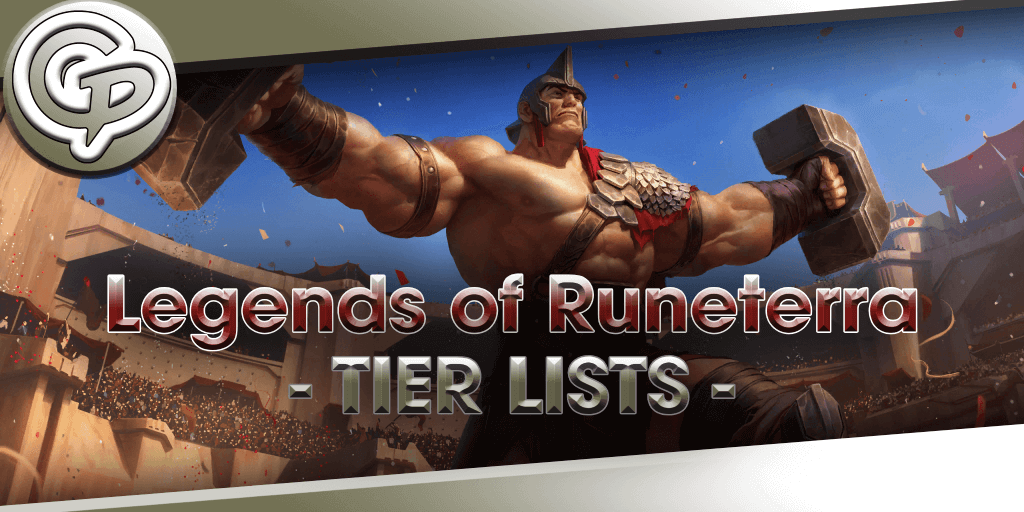