LEGO Brawls is like Super Smash Bros. for Apple Arcade 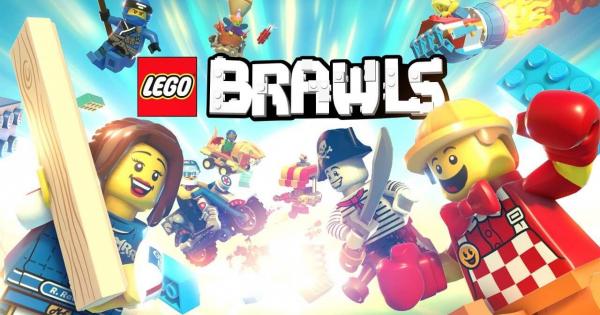 A game that can be played with the whole family, LEGO Brawls was introduced as one of the exclusive titles available with Apple Arcade. Playing somewhat similarly to Super Smash Bros., players compete in a 4v4 multiplayer battle to be the first to reach the objective given to them. It features environments based on popular LEGO themes such as Ninjago, Castle, and Pirate. As you progress through the various arenas, you will find mystery chests along the way that you can use to customize your character, from clown suits to using fish as weapons (because why not?). LEGO Games VP Sean William McEvoy says the game was developed as something families can play together:

“Having grown up playing with LEGO, we were inspired to make LEGO Brawls something that families could play together. Apple Arcade is the perfect venue for this shared experience. Whether they’re playing on iPhones in separate locations or sitting next to each other in front of an Apple TV, players of all ages can enjoy the fun of LEGO Brawls anywhere at any time.”

LEGO Brawls is available on the Apple Arcade platform and can be played on multiple Apple devices, allowing you to jump into a match any time or anywhere. Unlike other brawler games, you can also play on multiple screens, making it more user friendly. It also has a training mode so you can get some practice in before battle.

The Super Smash Bros. style of this game mixed with the LEGO theme brings a lot of nostalgia that should attract gamers (and even non-gamers) from all generations. Something that parents can share with their children as they reminisce about the Smash nights they used to play in at their college dorms (or maybe that's just me?). If you have Apple Arcade It's definitely something worth checking out, and hopefully we will see it featured in additional platforms as well.