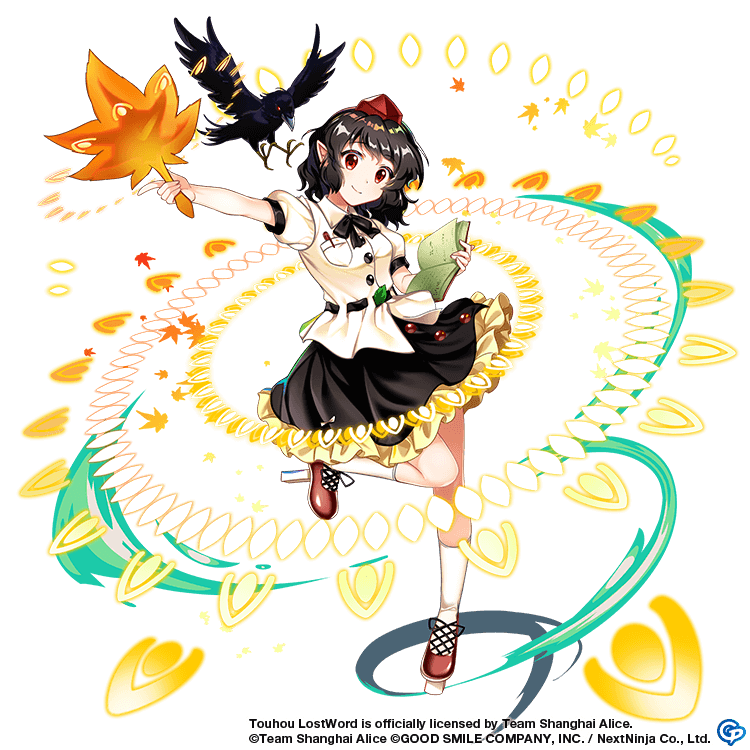 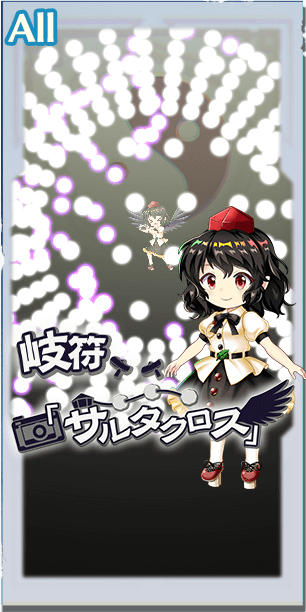 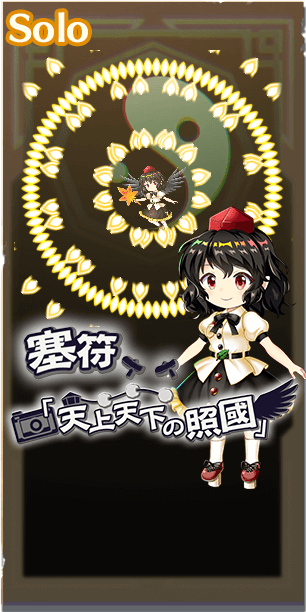 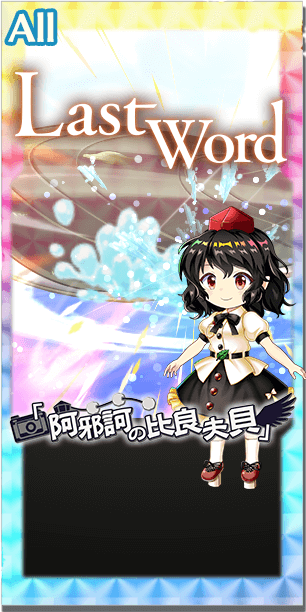 Aya Shameimaru (Flower) is an alternate version of Aya similar to Eternal Reisen or Scarlet Reimu in the sense that she is a version of Aya that takes place during an older story, usually one of their origin. That much so is true as this Aya made her in-game debut in Touhou Kaeidzuka ~ Phantasmagoria of Flower View, the 9th installment of the Touhou Project franchise. This isn’t actually Aya’s first appearance, however, as she debuted in the first official Touhou book, Bohemia Archive in Japanese Red (2005). In Touhou LostWord, Aya does not disappoint in the slightest.

Flower Aya’s kit, for the most part, revolves around her excellent utility, buffing her allies and debuffing her opponents. Aya mainly focuses on the buffing of her team’s accuracy and the debuffing of both the opponent’s dodge as well as their Yang DEF. In addition, her breaking is phenomenal. Collectively, Aya has 8 Wood breaks, 3 Sun breaks, 3 Water breaks, 4 Star breaks, and 4 Metal breaks. In addition, one of her Metal Wood breaks is a P0 break on her first shot, which means it is repeatable every turn.
Solo Stage Farms: 3-3-3

For farming, Aya is a solid addition. Her overall first turn damage is definitely considerable and can stand up to all but the best of the cast, however, it pales in comparison to the top tier farmers. She is able to enhance her own damage very well between scaling, buffs, and debuffs, but falls just short of being able to farm most of the story cards by herself. She is able to provide a ton of accurate support to her team which is certainly good for the units who can pack enough of a pun, but this isn’t very practical for efficient farming.

For harder content, Aya excels in team buffing and breaking. Killers, slicing, access to 5 bullet lines turn 1, great self buffs, and AoE debuffs all contribute to excellent last word damage.  Otherwise, she is most delegated to buffing, breaking, and applying her 2 Darkness anomalies provided from her second skill, Geta of Gales.

Overall, Flower Aya is a powerful team player who performs the utility role better than any other in her class. In addition, her powerful breaking makes her a must-have for challenges like the Scarlet Devil Tower.

The Slicing scaling for Aya's attacks are as follows:

Aya benefits a lot from P which makes use of her solid breaking, otherwise, Yang damage is the way to go to make her hit just a little bit harder.

A bit of a no-brainer for any character that can capitalize on the Heavy Bullet damage boost.

Wind God Girl, Aya's third skill, should be prioritized first to bump her last word damage up significantly.  After that, Wet Crow Plumage enhances her ability to support the team by debuffing enemy evasion.  Lastly, Geta of Gales forces the enemy to reckon with both blindness and accuracy down, making it much harder for them to do damage to Aya or the rest of your team.

+Great utility from both team buffs and enemy debuffs to evasion, accuracy, and yang defense.
+Her self quick means the debuffs will be applied to the enemies before your other friends get their shots in - perfect for taking down extra stubborn enemies.
+P0 Wood shot and a host of other elements for breaking
+Good turn 1 damage

-Good farmer, but not as good at farming Story Cards as a result of her kit
-Reliant on anti bullets to deal sufficient damage