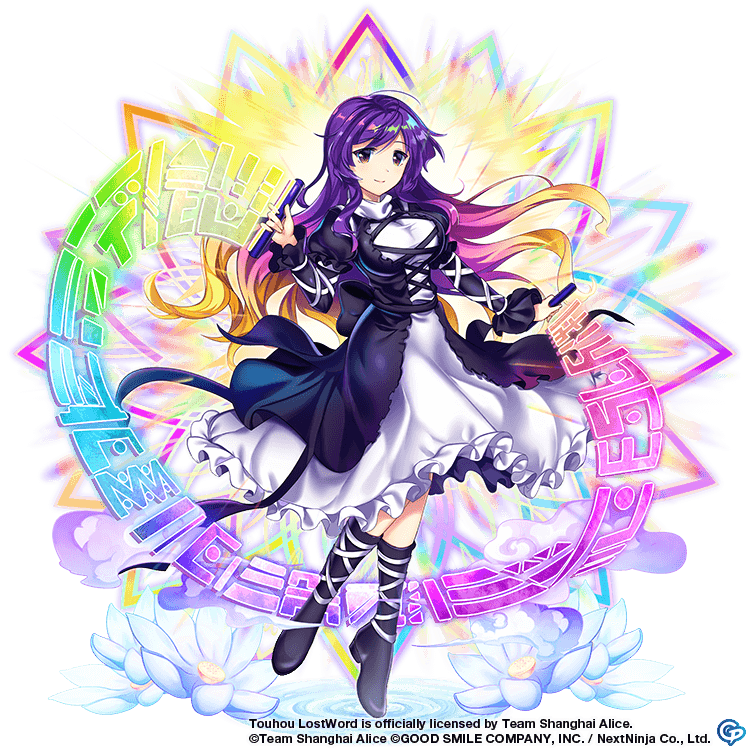 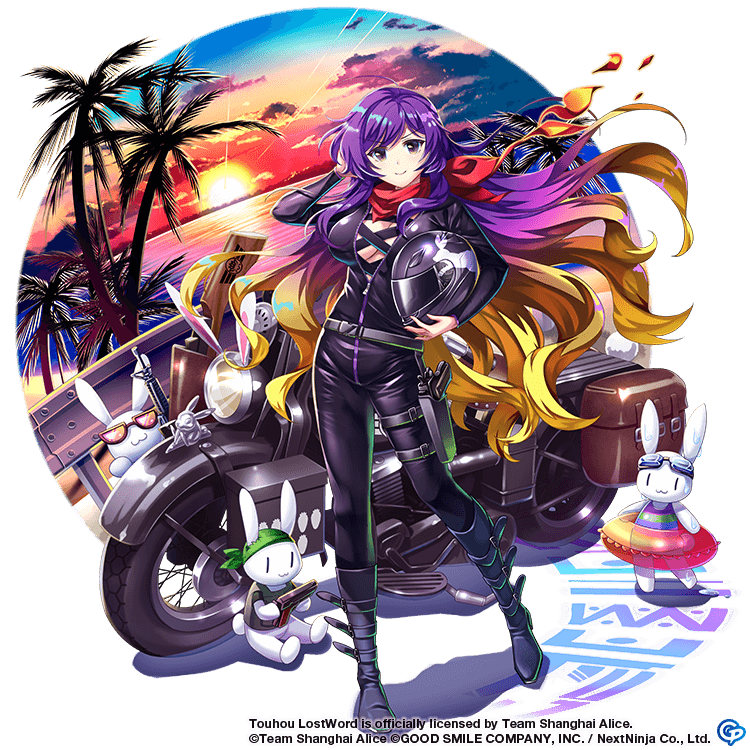 Byakuren Hijiri's Spread Shot (a Touhou LW original). She uses an incantation to momentarily increase the strength of her body and then attacks her opponent. The mysterious sutra scroll she often carries was one she created herself with materials from Makai and is said to have the characteristics of a creature from Makai.
Star Vortex

Byakuren Hijiri's Focus Shot (a Touhou LW original). She summons a vortex of stars and uses it to attack her target. The universe is a mandala, a world of perfect order woven together by the Buddha. This is just a tiny part of it. 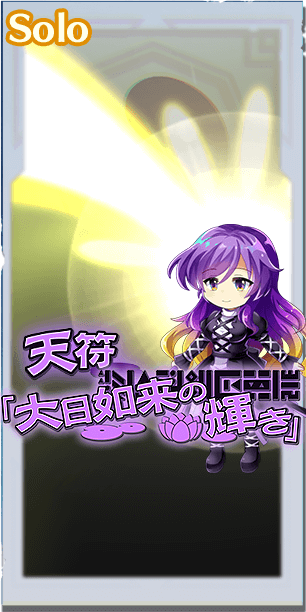 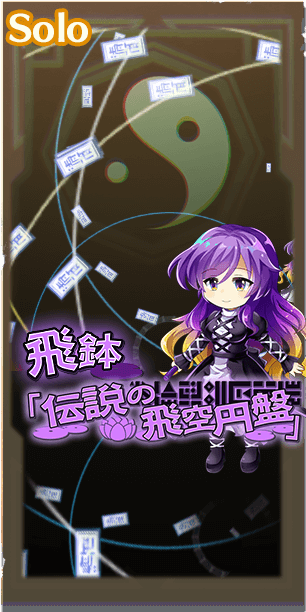 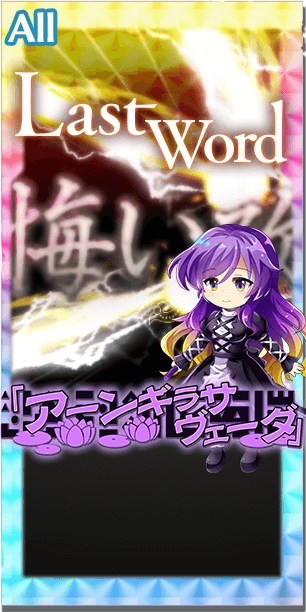 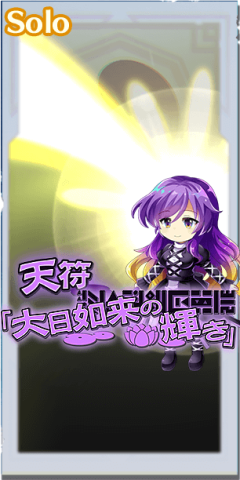 Byakuren Hijiri's Spell Card. This bullet hell attack recreates the radiance of Mahavairocana. Mahavairocana is the name of a celestial buddha that was once syncretized with Amaterasu, the Japanese goddess of the sun. To put it in more modern terms, you could also say that the Mahavairocana was cosplaying as Amaterasu...
*Pre- and Post- effects assume max level. Effects per level can be viewed here.
Pre-Attack Spell Card Effects 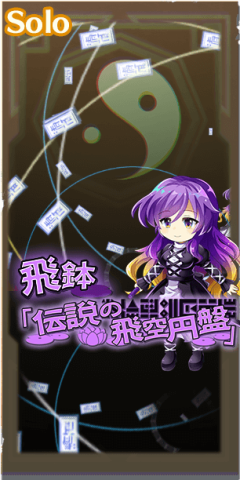 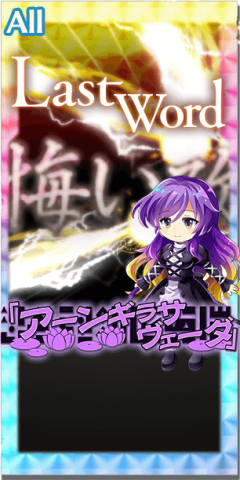 Byakuren Hijiri's Last Word. This barrage of bullets lets out all her protective magic in a burst. The Angirasa Veda refers to an old religious text from a certain country and is said to be filled with incantations specialized in attack. Stories of those on the path of Buddha often speak of fighting to protect others, making this a perfect text for Byakuren.
*Pre- and Post- effects assume max level. Effects per level can be viewed here.
Pre-Attack Spell Card Effects

Byakuren Hijiri was released on June 25th, 2021 in Festival: Magician of the Youkai Temple.

Byakuren Hijiri, the chief priest of the Myouren Temple, is a kind woman. With gentle words for human and youkai alike, she preaches the value of co-existence and harmony, as well as the tenants of Buddhism. She packs her gentle words with a clenched fist - unlike the other magicians of Gensokyo, Byakuren prefers self-enhancement magic, which she uses to deliver a physical beatdown to her foes as a E-Tier Friend.

For farming, Byakuren's Last Word, whilst All targeting, is heavily backloaded on a character who lacks both ATK UP and Spirit Power UP and as such, the monk is unsuitable for solo farming Lunatic. If you still want to farm with her, you'll likely have to heavily support her with teammates, or simply do it on Hard.

For hard content, Byakuren is somewhat lackluster as well. She simply doesn't have very much going for her - her ability to raise her team's defenses is limited, and her damage is overall very low. However, it's not all bad - she has a average amount of Sun Breaks on her first Spell Card, her access to Focus is average for a tank, and her Spread Shot can allow you to cheese some earlier Tower fights, assuming you have a large amount of time on your hand.

Overall, Byakuren's somewhat lackluster as a unit, but she's not unusable. She's at her best if you need Sun breaks, against fights with enemies lacking in All targeting attacks, or if you simply need to buy time in any particular fight.

Byakuren's first Spell Card should be equipped with Accuracy, to ensure that the Sun breaks land. For her second Spell Card, you can equip her with either Yang ATK Up to bolster her Last Word as much as possible, or Midnight Tea to give her a source of Spirit P gain.

For hard fights, Ordinary Magician is Byakuren's best option, as the Yang ATK Up it provides goes a long way towards patching up her damage issues, alongside the Laser DMG up. Her Accuracy issues should be resolved by a teammate or by equipping one of her Spell Cards with a multiple-turn Accuracy UP Story Card.

Garuda's Wings should be prioritized, as it helps Byakuren keep her team alive. Afterwards, Lost in Prayer gives her a solid amount of Focus up, though it only needs to be brought up to level 9 for the full effect. Lastly, Sword-Armored Protection can safely be left at level 1 until you're out of other characters to raise, as it gains little from levels and is rather situational to begin with.