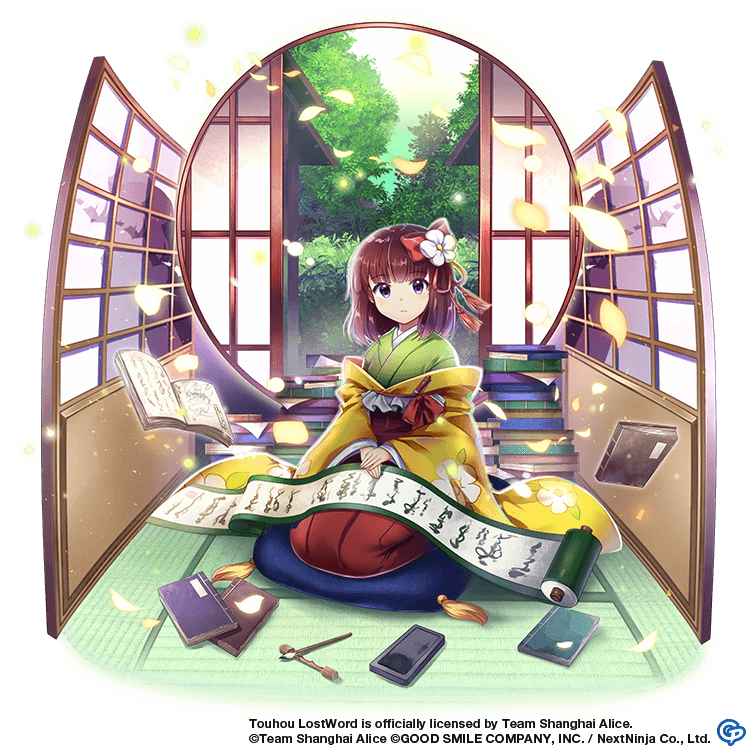 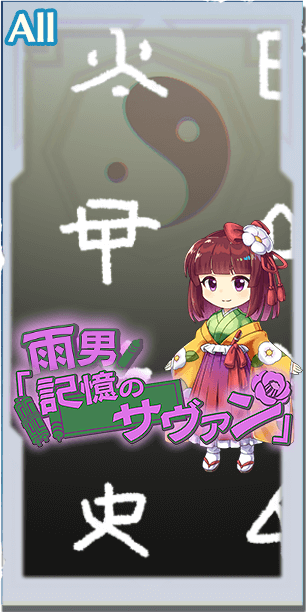 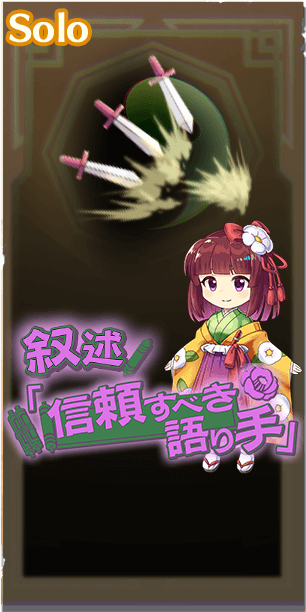 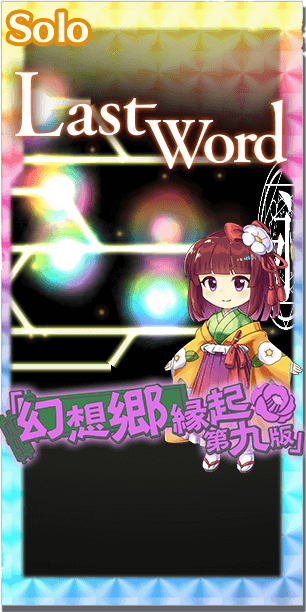 “I would like Gensokyo to continue to be the unselfish and happy, if cramped, place that it is. “

The ninth Child of Miare, a series of reincarnations with photogenic memories, Hieda no Akyuu serves as the Memory of Gensokyo. She is the author of the Gensokyo Chronicle, a sort of encyclopedia of Gensokyo. Once, this was simply to keep the scales of power balanced between humans and youkai - these days, in a more relaxed Gensokyo, it’s more of a guide for both human and youkai than anything else. As such, even Akyuu herself partakes in battles of bullets, as a B Tier Friend.

For farming, Akyuu enjoys some use as a buffer in the Akyuu Toyohime Kosuzu team for farming Chapter 2-7. Outside of that, she has a Solo Last Word that does low damage - don’t expect her to handle many Event stages, if any.

For harder fights, the Child of Miare is rather situational. She primarily provides CRIT Acc & ATK buffs to the team, with some Yin ATK and Accuracy on the side if you can give her turns to Boost and use her Last Word. She can also apply Blind with the Smokescreen bullets on her Spread Shot and first Spell Card. Unfortunately that’s about the extent of her strengths - her Barrier Break potential is below average, her damage is low, and she doesn’t fit as a partner for very many units due to how narrow her buffs are.

However, with all that said, when Akyuu’s good, she’s very good, due to how incredible CRIT ATK can be with the right teammates combined with how hard it can be to get. Just make sure you’re partnering her up with Friends who enjoy CRIT ATK, most notably crit heavy attackers and Friends with Killers applicable to your current fight.

Here are the chances for Akyuu’s secondary effects (per bullet):

For most fights, Akyuu probably won’t use her Spell Cards very much, so either look to Ordinary Magician to try to sneak in some extra Yang ATK UP or give her stat sticks with Yang ATK on them. If for some reason you need extra Spirit Power (such as attempting to leverage her Smokescreen bullets), look to Story Cards like Witch of Scarlet Dreams.

Since Akyuu isn’t likely to be farming any time soon, the extra damage that a Yang ATK Up Spell Card provides such as Ordinary Magician is preferred over anything else, as she doesn’t need to be super consistent and her Last Word already provides Accuracy UP.

It's no exaggeration to say that School Texts is Akyuu's most defining skill, and should be leveled up first due to the additional damage output a 80% chance for a third Level of Cri ATK can provide. After, Insight of Miare is useful in crit comps, and can be maxed second. Lastly, whilst Spirit Power is always nice to have, Akyuu typically doesn't need a ton of it and as such Miare Ritual can be saved for last.

+Provides useful buffs in the form of CRIT ATK, CRIT ACC, Yin ATK, and Acc UP
+Can apply Blind barriers

-Whilst Akyuu's buffs are potent, not a ton of units benefit from CRIT buffs.
-Below average Barrier Break potential
-Low damage
-Acc UP support requires a turn to use her Last Word