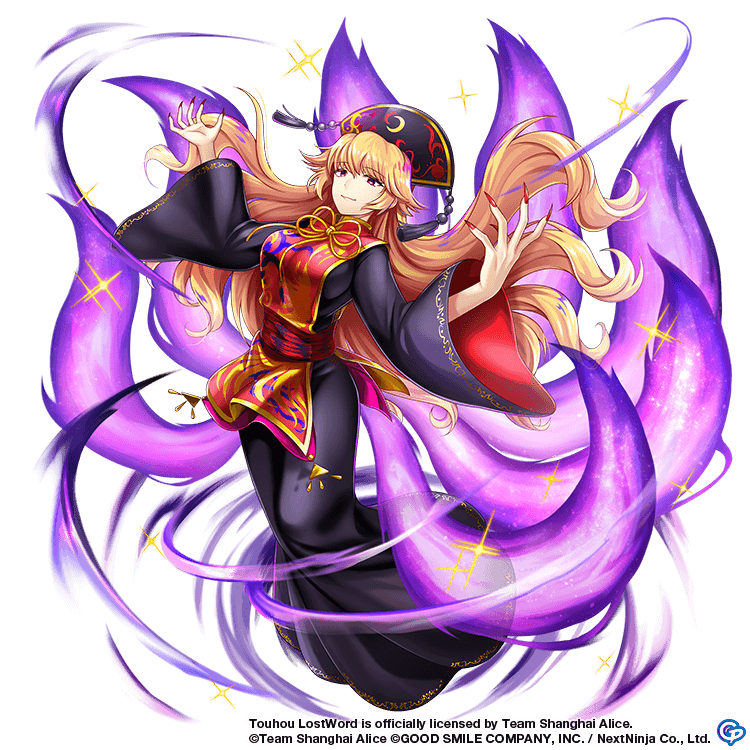 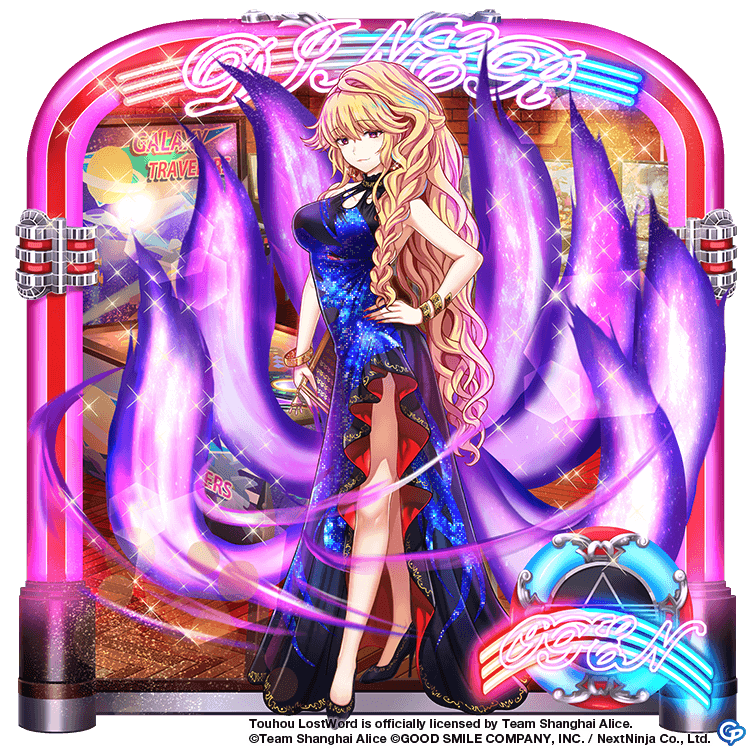 Junko's Spread Shot (a Touhou LW original). She attacks by unleashing the concept of Rahu. Rahu is an imaginary celestial body that is said to swallow the sun and the moon. Rahu is also known as the Dragon's Head―a malefic planet in astrology.
Ketu

Junko's Focus Shot (a Touhou LW original). She attacks by unleashing the concept of Ketu. Ketu is an imaginary comet that is said to swallow the sun and the moon. Ketu is also known as the Dragon's Tail―a malefic planet in astrology. 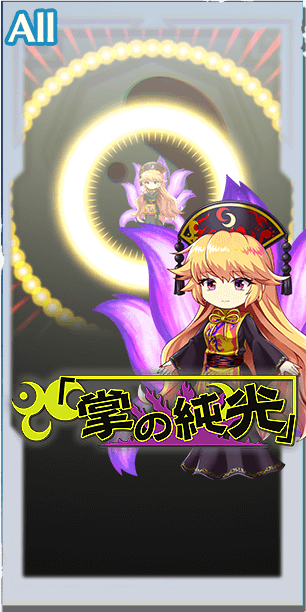 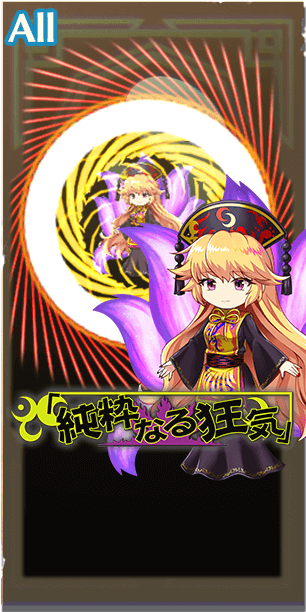 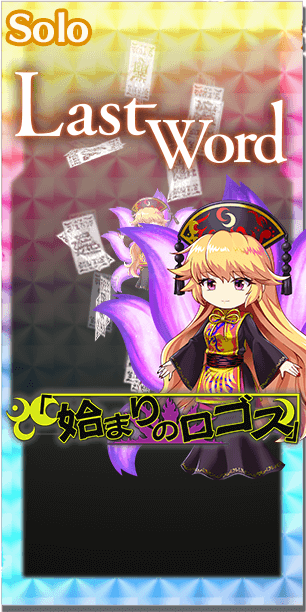 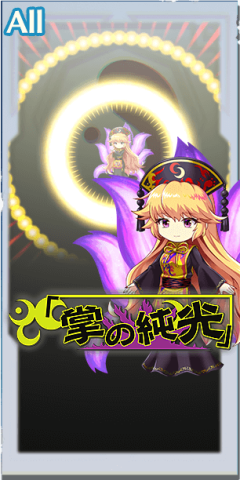 Junko's Spell Card. She shoots out bullets of pure light. According to a religion from the west, light was the first thing to appear when the world was created. From a scientific perspective, it has been deemed that light came into being the fastest and that this primordial light still defines the outermost reaches of the galaxy.
*Pre- and Post- effects assume max level. Effects per level can be viewed here.
Pre-Attack Spell Card Effects 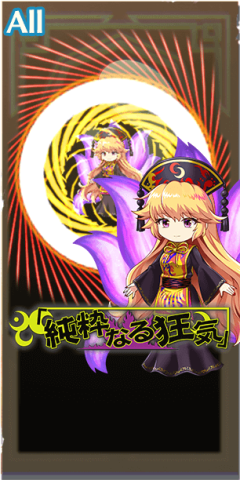 Junko's Spell Card. She emits lunatic waves in this attack. There are countless stars in space, but there is much more darkness. However, this darkness is not empty space but dark matter and cosmic background radiation. The darkness has ''substance.''
*Pre- and Post- effects assume max level. Effects per level can be viewed here.
Pre-Attack Spell Card Effects 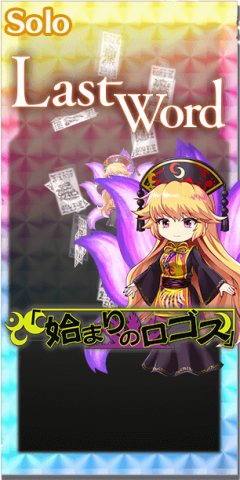 Junko's Last Word (a Touhou LW original). She attacks by calling out a name that should not exist. The act of giving something a name and then calling that name out is the primeval form of magic that has existed even before the dawn of history. Giving something a name makes it distinct, and calling that name out gives the speaker control over it. Once something has been named, it can no longer return to a state where it has no name. However, it seems Junko's purification can break this curse.
*Pre- and Post- effects assume max level. Effects per level can be viewed here.
Pre-Attack Spell Card Effects

When using Boost, own CRIT Accuracy 1 level UP (1 turn).
DMG to resisted elements 25% UP.

Junko was released on February 28th, 2022 in Festival: Purity & Pandemonium.

Junko is a individual consumed by rage and loss. Her son was murdered when the husband of her eternal enemy, Chang’e, shot down the ten suns of legend. After that, she held a grudge against Chang’e and the lunarians – said grudge has been purified over the years, and now she simply hates them for the sake of hating them. But it’s no longer all-consuming, leaving her with plenty of free time, and so she’ll lend you her power as an E-Tier Friend.

Unfortunately, farming is typically out of the question for Junko – she simply requires too much time to get going. Needing Spirit Power, Accuracy, and sometimes even ATK UP, you’ll want to look elsewhere for an event stage farmer.

For harder fights, Junko’s strengths are in the 0P Solo targeting Water Break on her Spread Shot, and the damage which her Solo targeting Last Word is capable of outputting if given two or three turns, which is decent but nothing spectacular. Unfortunately she needs a lot of setup time to accomplish this and the rest of her kit is unimpressive.

Overall, Junko’s kit is simple, and not altogether that strong, but she can put in some work if you need a Solo targeting nuke and don’t care if it takes a few turns, or if you need spammable Water Breaks.

Since Junko’s breaks are extremely lacking, there’s no real point in giving her any Spirit Power UP, as she can build it by simply using her first Spell Card. As such, focus on giving her at least one source of Accuracy UP to use before her Last Word, and otherwise bolster her CRIT and Yang ATK, as she already gives herself sufficient Yin ATK.

Due to the ATK UP and Ofuda Power UP it provides, A Curious Festival is far and away Junko’s best option. Otherwise, look to Accuracy UP (if not giving her Accuracy on her Spell cards), Yang ATK UP, or Yin ATK UP.