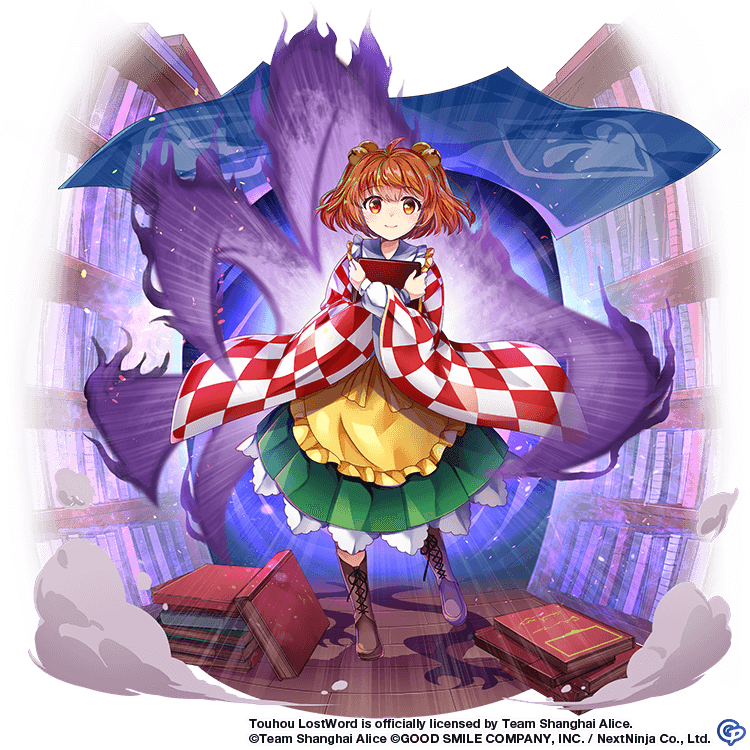 Bibliophile with a Deciphering Eye 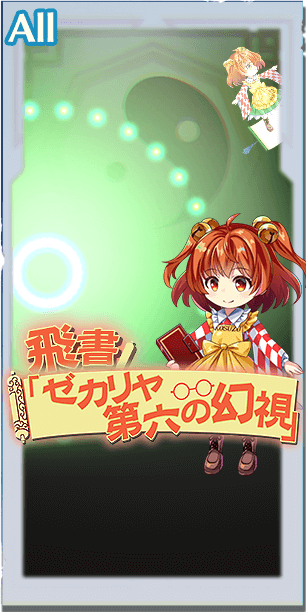 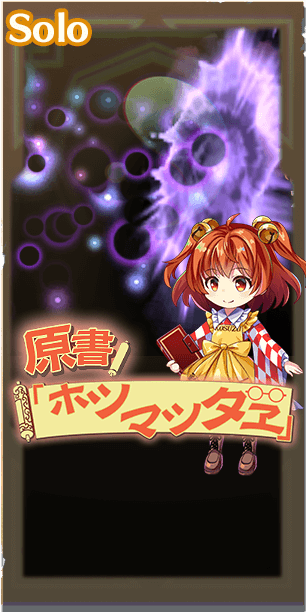 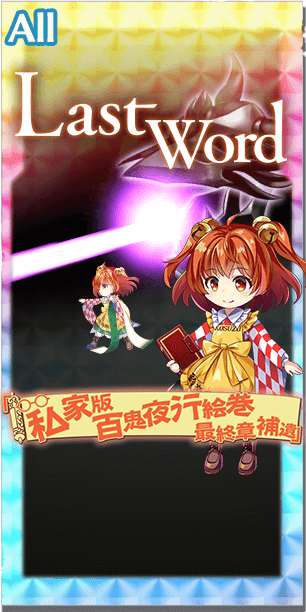 “Well, we’ll cross that bridge when we come to it!”

The Bibliophile with a Deciphering Eye, Kosuzu Motoori works at a bookshop in the Human Village named Suzunaan. Whilst it primarily sells and rents books that have drifted in from the outside world, Kosuzu herself is far more intrigued by youma books - that is, anything written by a youkai. Between this and her interest in youkai as a whole, she’s certainly an atypical human. One who’s willing to dive headfirst into battles of bullets, backing you up as a B-Tier Friend.

For farming, Kosuzu’s primary use is for farming Chapter 2-7-1 on Lunatic, as her Piercing damage (that is, it will ignore DEF Up) Last Word will bypass Marisa’s DEF Up. Do keep in mind that she will need proper teammates - one popular composition is Kosuzu, Toyohime, and a buffer such as Akyuu. Outside of this, Kosuzu’s damage is somewhat low for 1 Turn, and she’s not very well suited to farming Events by herself.

For harder stages, Kosuzu’s primary use is once again in the form of her Piercing damage on her All targeting Last Word. As numerous hard fights include numerous levels of DEF Up, it’s certainly a valuable asset. However, this is let down by a few things: Firstly, Kosuzu herself is somewhat lacking in ATK Up, alongside having a serviceable but not particularly high Yin ATK. Her Accuracy is also rather low. Additionally, the Piercing is only on the first and second bullet lines of her Last Word - whilst this still makes up a majority of its damage, it does somewhat put a damper on how effective her Piercing is. Lastly, Piercing itself is unfortunately virtually non-existent on Last Words outside of Kosuzu’s. All of this put together means that Kosuzu will typically need assistance to complete a stage, which means your other attackers will need to somehow deal with the DEF Up themselves, which means her Piercing, whilst still useful, ultimately isn’t as attractive as it initially seems.

Outside of this, Kosuzu has some team utility as well. Both of her Spell Cards pack an average amount of Breaks, at 1/2/3 Wood or Water Breaks for 0/1/2 Spirit Power, for her first and second Spell Card respectively. Additionally, her first Spell Card also packs 2 Levels of CRI Evasion DOWN for all targets for 3 turns, which combined with her above-average Crit rate makes her a nice addition to Crit heavy teams. Do keep in mind however that her second Spell Card has considerable Rebound on it, and she may need some help if you want her to stay around after using it.

Here are the chances for Kosuzu’s secondary effects (per bullet):

Which Story Cards you use on Kosuzu’s Spell Cards will depend on her role in the fight. If you’re bringing her for Breaks, she’ll want to use Spirit Power granting Spell cards like Witch of Scarlet Dreams, as she has no special means of Spirit Power generation. Alternatively, if using her simply for her Last Word’s damage, you’ll want to favor Story Cards which provide Yin ATK Up such as Overwhelming Firepower.

With Kosuzu’s extremely low Accuracy, there’s no way around using a Story Card which provides 3 Levels of Accuracy Up, such as a MLB Valued Tools of the Trade. If you can provide her with external Accuracy support, then you can look to a Story Card which boosts Yin ATK instead, such as Overwhelming Firepower.

None of Kosuzu's skills affect her ability to farm Chapter 2-7, so you can safely skip leveling them if that's all you care about. Otherwise, Ancient Tengu Book should be leveled first, as it provides the best return on investment. Next, Read Demon Books provides somewhat low returns due to the random nature of crit and only giving a 50% chance for another Acc stage at max, but it's better than nothing. Finally, Customer Attraction gains almost nothing from additional levels, and can be safely saved for after you're out of other characters to train, as you'll likely never use it.

+Last Word deals a lot of Piercing damage
+Average access to Water and Wood Breaks, at 1/2/3 Breaks for 0/1/2 Spirit Power
+Some Cri EVA DOWN Support for teammates

Servant analysis Achilles vs Odysseus
Between Achilles and Odysseus, who is the better overall rider? 3 posts -…
Buster Sundays with Mister Mystery :fgo_buster: - Summer 4 rerun Merlin banner roll thread!
Welcome! Come one, come all! It’s time for Mister Mystery’s Buster Special, but be…
FGO Death Battles: Medea vs Gilles de Rais
It’s been a while since the last one eh. We return yet again to a fight between F/SN…
Busti's Stall Diary Chapter #506: Bang Dream!
(Disclaimer: I don’t play the idol rhythm game. Sorry Nam.) BANGS While these aren’t…
Astraea NP damage
If a player wants to use Astraea as a DPS, what should be in your opinion the minimum…
Read More