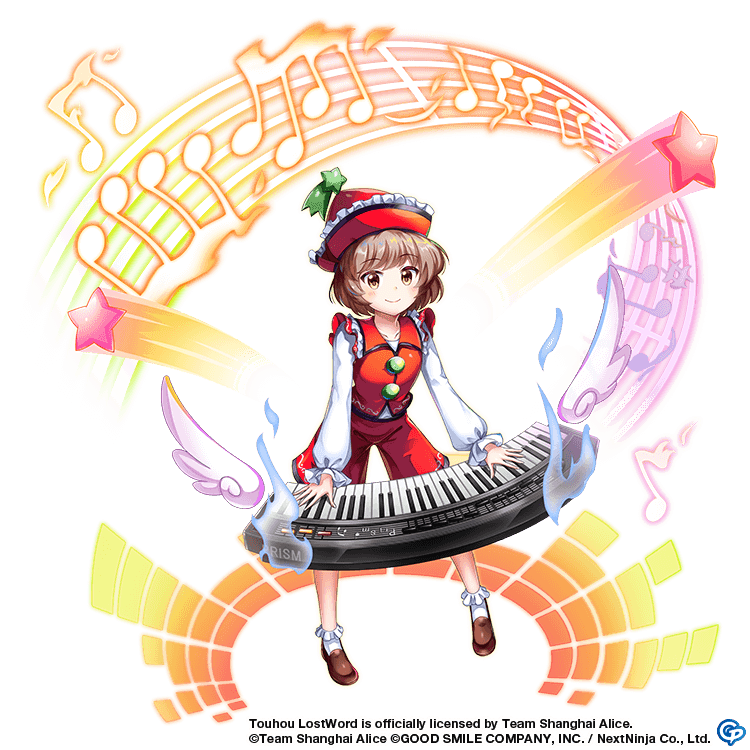 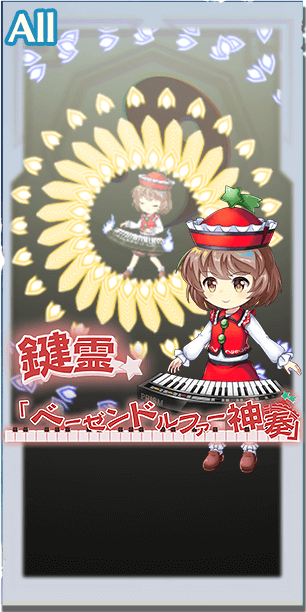 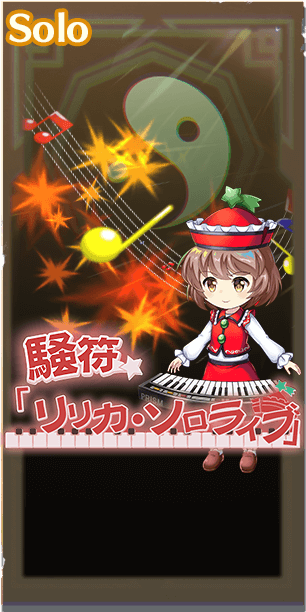 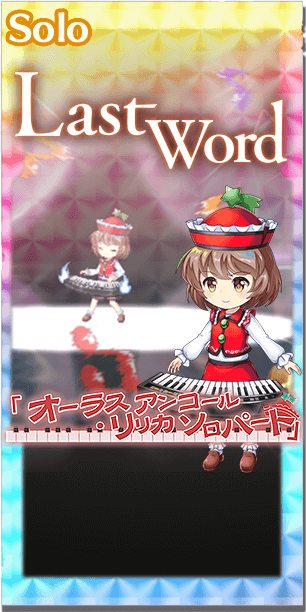 Lyrica Prismriver is one of the 3 Prismriver Sisters who performs music as part of the "Prismriver Ensemble" along with her two other sisters. Out of the 3 band members and sisters, Lyrica is usually considered the most clever of the group. She believes in the philosophy of “doing as little to get as much” and stands true to this as much as she can, often having her sisters do the harder work as a result. Her musical ability, and unique to her sisters, is her ability to perform ‘illusionary notes’ which are notes many often, or rather cannot, hear in a song. It is said that these notes make their music “more tolerable” to its listeners. In Touhou LostWord Lyrica plays the role of a B-tier support Friend, befitting for someone who is very open about the fact that they don’t prefer to fight.

Lyrica is a bit of an odd support, given that she doesn’t exactly focus on one or two main things and rather buffs a lot of different stats at the same time albeit only by 2 levels which isn’t very potent. To be more specific, her skills combined collectively buff the following by 2 levels: Yin DEF, Evasion, Agility, Yang DEF, Yin ATK, and Yang ATK. In addition, she is also able to buff Accuracy by 1 when using Graze. These are all certainly useful in their own regard, however it doesn’t stand out as anything too special. Lyrica’s breaking ability is also nothing out of the ordinary as well as a significant number of her Breaks are locked behind Spirit P. Lastly, and similarly to her 2 sisters, Lyrica’s solo-targeting Last Word is very lackluster given the poor breaking ability and mixed damage. Overall Lyrica has some decent use as a support but doesn’t exactly stand out from the crowd, regardless, she is certain to find some use should you pick her up.

Due to the mixed damage on her story cards, going for ATK-raising story cards isn't very useful. It's best to raise her Spirit P in general to make use of what little she has in the breaking department.

Thunder Beat does what it can to make up for the already lacking damage in Lyrica’s Last Word. Any other Yang ATK buffing Story Card can suffice as an alternative.

To start, Up-Tempo Music should be your first priority, as the added Yang/Yin ATK is certain to help in most team compositions. Secondly, Spirit Synthesizer, offers a bit in the defense category and is generally more useful than the buffs provided from Illusionary Acoustics.