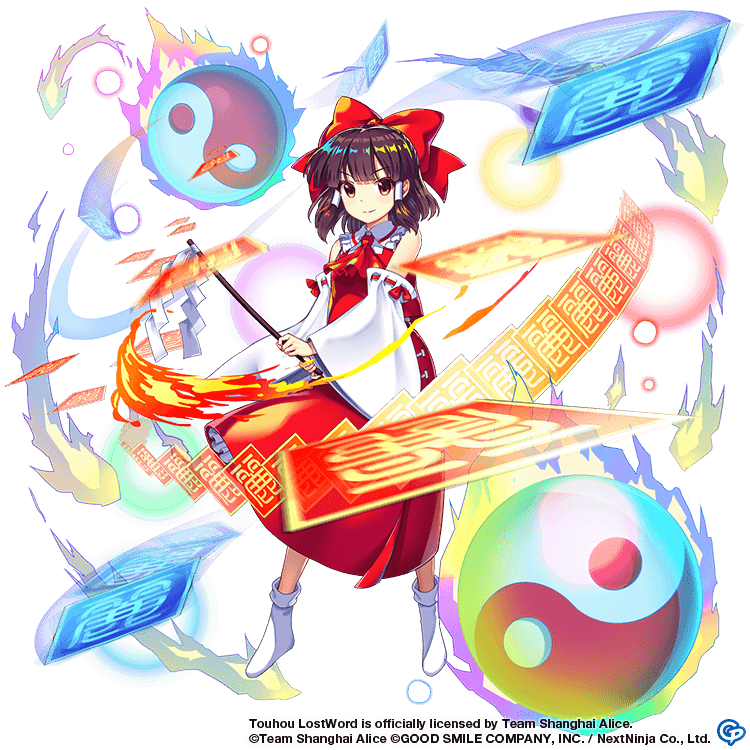 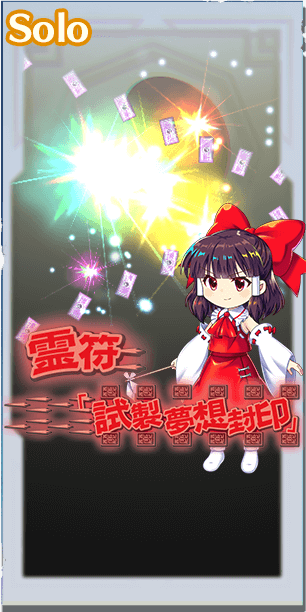 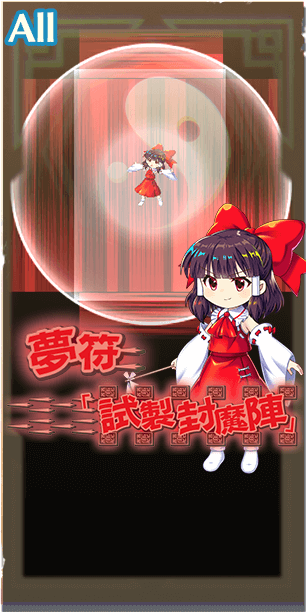 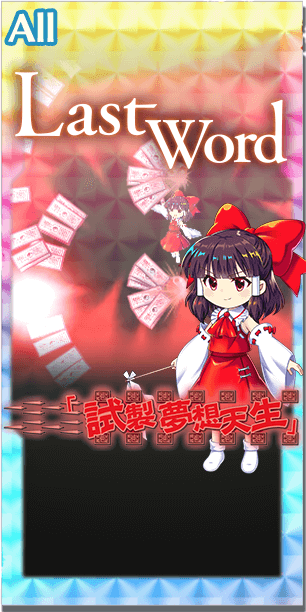 Reimu Hakurei (Scarlet) is the version of Reimu Hakurei which showed up in the first of the Windows era Touhou games, Embodiment of Scarlet Devil. As such, this version of Reimu Hakurei has yet to solve the Scarlet Mist Incident - in which Remilia blanketed Gensokyo with the titular scarlet mist (just so she could go outside in the sun without a parasol!) in the first major incident under the Spell Card rules. She’s still just as competent, if not moreso than her present day counterpart, as an EX Tier Friend. Do note her rating is currently partially based on the incoming Story Card with Chapter 3 Act 3.

For farming, her powerful All targeting Last Word, Experimental Fantasy Nature, packs a devastating punch. Featuring impressive Hard scaling, and with potent skills to back it up, it’s capable of taking on just about every one-wave event stage. She’s also got a kit well suited to taking on Story Card farms such as Chapter 3 Act 1, though the exact extent of her farming ability isn’t entirely clear yet due to her recent release. Feel free to leave a comment about what stages she’s helped you to farm!

Overall, Reimu’s a not too terribly complicated unit with damage, solid Breaks, and reasonable team support. She does a bit of everything, and pretty well at that. Do note her damage won’t be as high as you might expect from JP estimates until Chapter 3 Act 3 is released, as her Best in Slot Story Card (by a solid margin) is not available.

Depending on the content you’re doing and her role, Reimu wants either Yang ATK UP, Spirit Power UP, or Yang DEF UP. Spirit Power UP fulfils dual roles of making her Spell Cards hit harder and give her more access to Breaks, whilst Yang ATK UP and Yang DEF give her an even stronger punch when needed. Look to Yang ATK and Yang DEF for stat sticks, favoring Yang ATK if you can't get both.

As Reimu’s best Story Card currently is not out, her best option is Yang ATK Up, with Members of the Yakumo Family being slightly better than other options due to the Yang DEF on it. If you maximize your ATK UP in harder fights, you can look to Wood DMG UP, Yang DEF UP, or Sun DMG UP.

Busti's Stall Diary Chapter #453: Fascinating
1224 posts - 47 participants Read full topic …
General Amazones.com discussion
I apologise if I’m making a dupe topic. I did a quick search and didn’t see anything,…
Game update not showing for me?
Logged in this morning to burn ap before school, but was greeted by an error message…
F*** Waiting for You to Get it On Your Own, Penth gon Deliver to Ya!- The Amazones.com ~CEO Crisis 2022~ roll thread!
Welcome new employees, to your new position at Amazones.com! The most reliable and…
Busti’s Stall Diary Chapter #452: Madam Cosmotic Beauty's Earthling Self
Queen of Bad Timing herself. She is pretty great in general. Maybe one day she will…
Read More