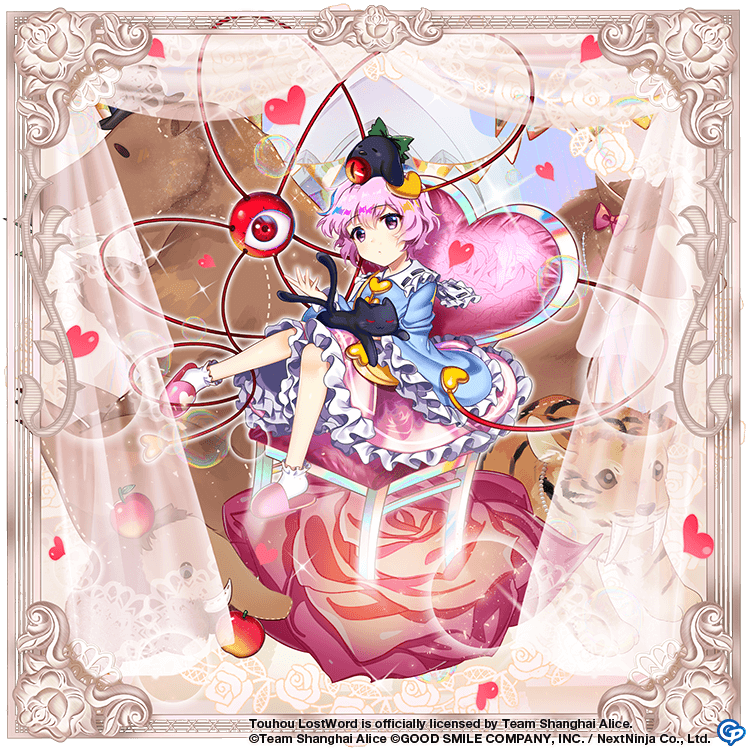 The Spread Shot of Satori Komeiji from the buried city (a Touhou LW original). An attack that reads her opponent's mind. As long as she can recognize something as a mind, she can read it. However, she cannot read anything that falls under the domain of the unconscious mind. This is somewhat similar to Rinnosuke's ability.
Telepathic Arts

The Focus Shot of Satori Komeiji from the buried city (a Touhou LW original). An attack that reads her opponent's mind. Reading minds is similar to one-way telepathy. Apparently, reading minds can make the telepath feel unwell, depending on how the mind is read. This could be due to the content they find, an overload of information, or the nature of the target. 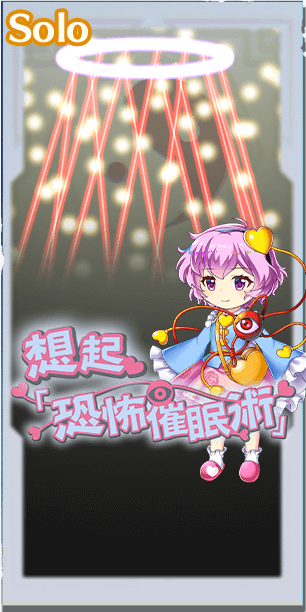 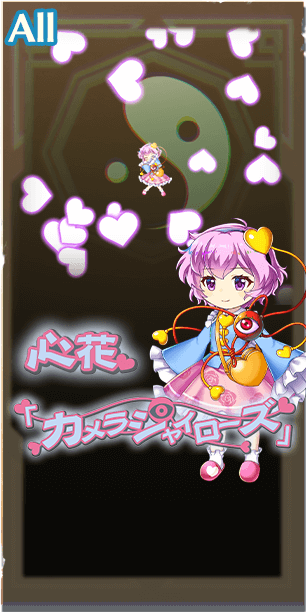 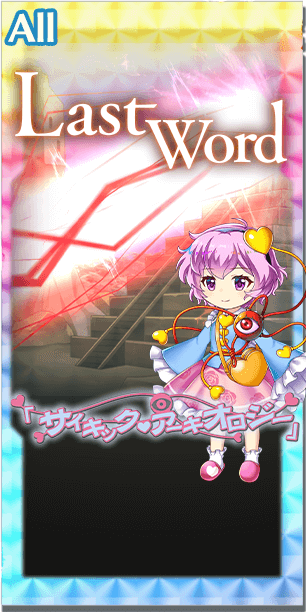 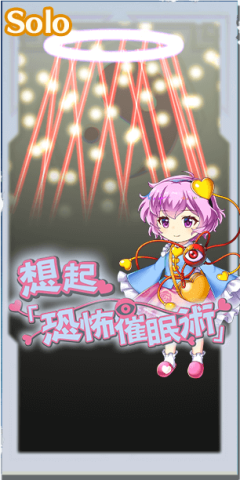 A Spell Card of Satori Komeiji from the buried city. An attack that uses fear to evoke memories. The Satori of this world must be good at hypnosis too. She believes that she should be able to read anyone's mind as much as she wants. Well... as long as she can hypnotize them first.
*Pre- and Post- effects assume max level. Effects per level can be viewed here.
Pre-Attack Spell Card Effects 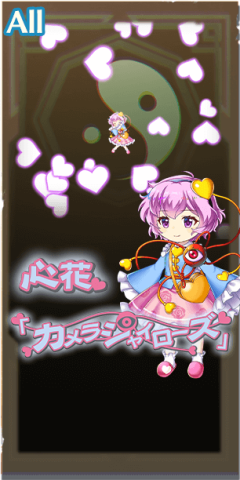 A Spell Card of Satori Komeiji from the buried city. She attacks with camera-shy roses. It is a mystery as to what kind of youkai dwell in this world's Underworld. Perhaps tengu, a species you would never expect to live in the Underworld under normal circumstances, also live down there in this world...

In the words of this world's Satori, ''You take photos of people without permission, so you can't really complain if everyone starts hating you and sends you down to the Underworld!''
*Pre- and Post- effects assume max level. Effects per level can be viewed here.
Pre-Attack Spell Card Effects 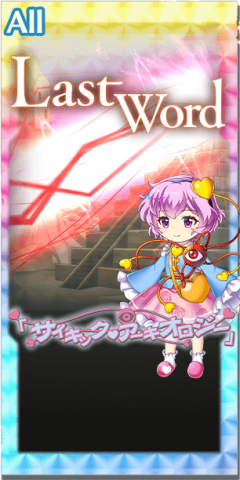 The Last Word of Satori Komeiji from the buried city (a Touhou LW original). A Ruins of Memory attack. What are Ruins of Memory? The only thing that is known about them for certain is that they are the memories of some greater beings. These memories are so vast and so complex that they have both form and mass. The Satori of this world has touched upon a portion of these memories. Could this be a cause for hope, or is it merely the meddling of an evil spirit?
*Pre- and Post- effects assume max level. Effects per level can be viewed here.
Pre-Attack Spell Card Effects

Following on the heels of Yuyuko and Remilia comes the next Friend experiencing the blessing and curse of stunted growth: Satori Komeiji! Trapped within a body several sizes smaller than her L1 counterpart, Satori (S2) reigns upon her heart-shaped throne, with visions of ruling the Underworld as its queen.

With all of her bullet lines containing element breaks and her Blind breaking capabilities locked at 3P, Spirit P cards like Midnight Tea and The Witch of Scarlet Dreams will give her the staying power she needs to continue firing on all cylinders. Mansion of Memories is a great way to provide team Yin ATK support while also boosting the output of her second Spell Card with a 20% boost to base damage

Boosting either Fire or Laser damage would benefit Satori most. Bonds of Blood is an easy choice, with a flat 50% boost to Fire while providing a solid boost to Yin stats. The new Satori (S2) Challenge Quest card, Little Sister and Sweets gives a lesser 45% boost to Laser damage. For supplemental damage boosting powered by Crit ATK, Look to either Bloody Order (40% Fire, +2 CRIT ATK) or Worlds in Hand (25% Fire, +2 Team CRIT ATK).

You can prioritze either her second skill, Private Eye for fast Spirit P charging to unlock her farming potential, or her third skill, Earth to Fantasy to immediately make her useful for challenging content involving party Seals. Her first skill, Earth Spirit's Words provides her party (and herself with additional Spirit P and some bulk for longer fights, and can be left for later.