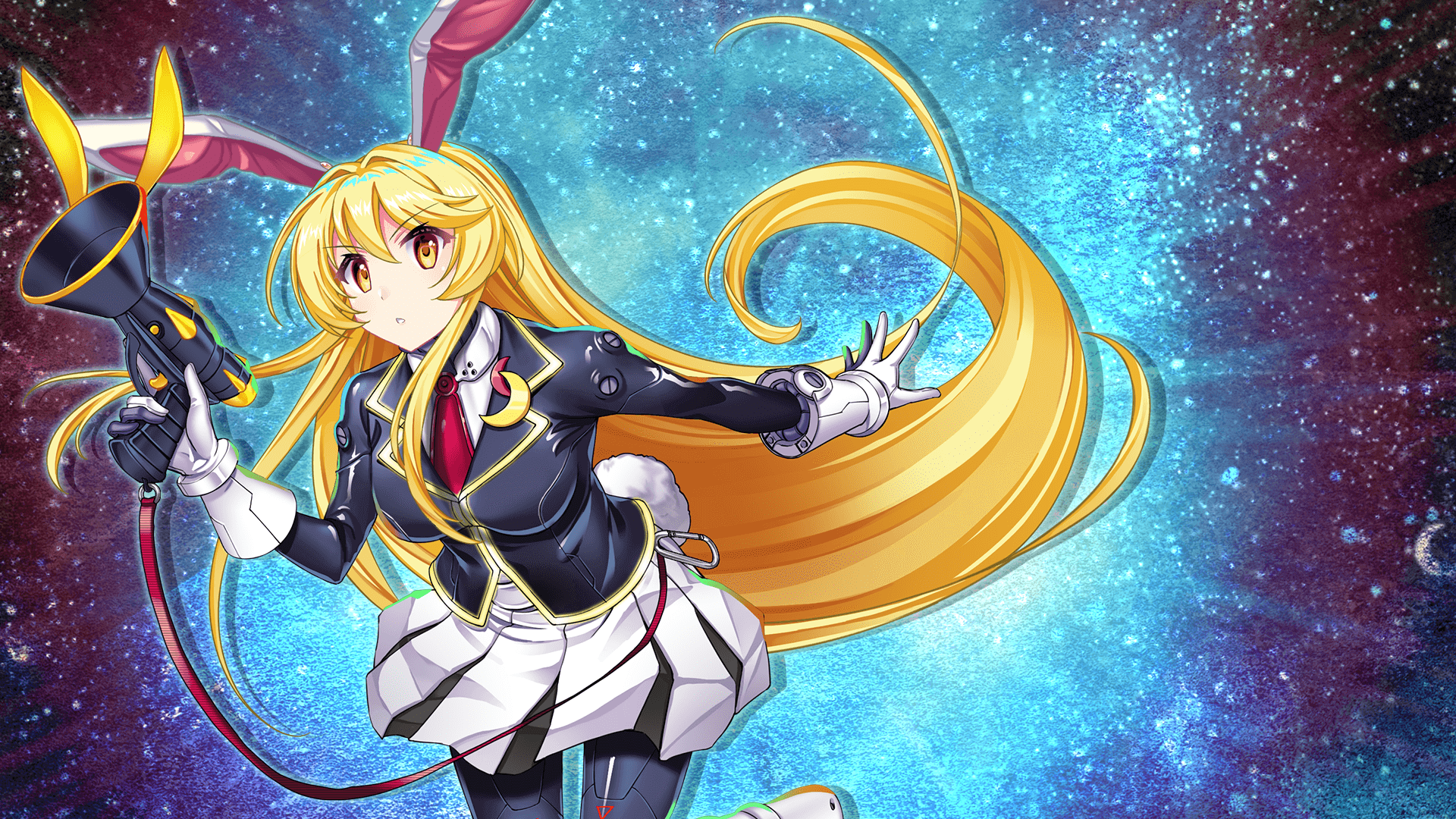 Around half anniversary, Touhou LostWord Global added a second story mode on top of the currently existing main story; “Hifuu LostWord”, which mainly features the Secret Sealing Club members, Renko Usami and Maribel Hearn, as its main cast members, along with “You”, the main character and first person point of view of Hifuu LostWord (for the sake of this article, I’ll be referring to “You” as “Lossy” to avoid confusion in reading). In the spirit of the official Secret Sealing Club CD stories written by ZUN, it is mysterious, vague, and revolves around complicated subject matter like science, religion and the nature of dreams. This article will give a brief introduction to the B3 EX story (also known as Bm3) and its original characters.

Renko and Lossy are deep in thought in Lossy’s lab, nose deep in their respective research, when suddenly Lossy notices a letter on her desk. Renko takes a look at it, but sees that it has no writing or address on it at all, perplexed. Forgetting about that for the time being, Renko and Lossy notice that it’s late at night, and also that Merry is missing. They set off into the underground area of Lossy’ lab and find her down there. After regrouping, they go to sleep for the night.

Lossy wakes up yet again in the broken shrine. But unlike the first time she visited, where the two voices that were speaking to her were unrecognizable, they reveal themselves; as Reimu and Marisa, but obviously not from the worlds we’ve known so far. They launch into a mysterious explanation about how Lossy’s help is needed to “watch over probabilities”, and send her through a portal into tomorrow… 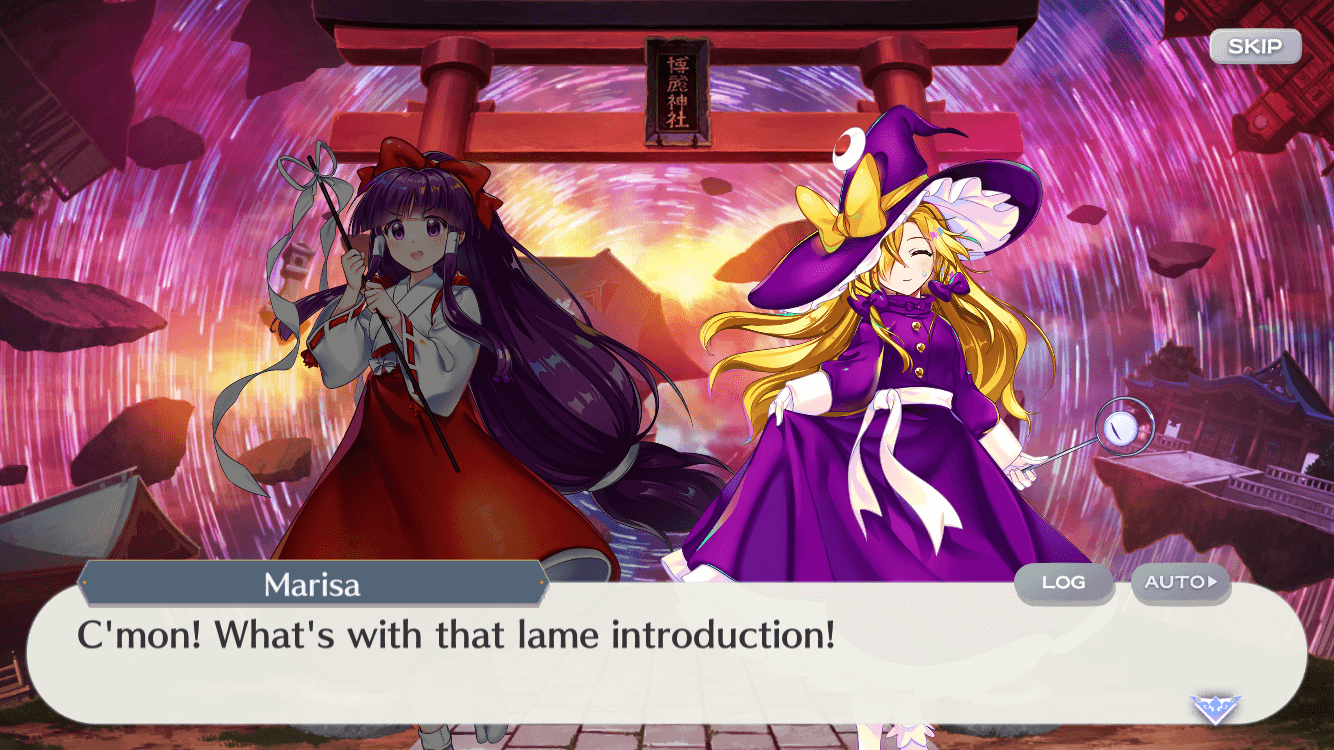 The Hifuu LostWord Code: Bm3 story isn't difficult to clear on Normal difficulty, nor does it necessarily require reading the main story first. However, it does require you to clear the B3 story on Normal difficulty before you can access it (it wouldn't make much sense to read first anyhow). Also, being EX, you can only clear 3 Bm3 Stages a day; I recommend clearing all of the stages on Normal and then going back to the Journal on the main menu to read it once you're done, so that you can read it all at once rather than in bits and pieces. Here are some introductions for some of the Bm3 characters.

Watatsuki no Yorihime takes on the codename of “Kannagi” as she serves the Peace Temple of Modesty and Devotion. Devoting is a very important aspect to Kannagi, as summoning different gods is her main form of attack and a crucial part of the Lunarian Peacekeeper’s offense. Apparently, Kannagi’s ability of summoning gods is dwindling compared to the Yorihime we know from L1. However, this is quite the opposite of how she appears whenever using her in combat. 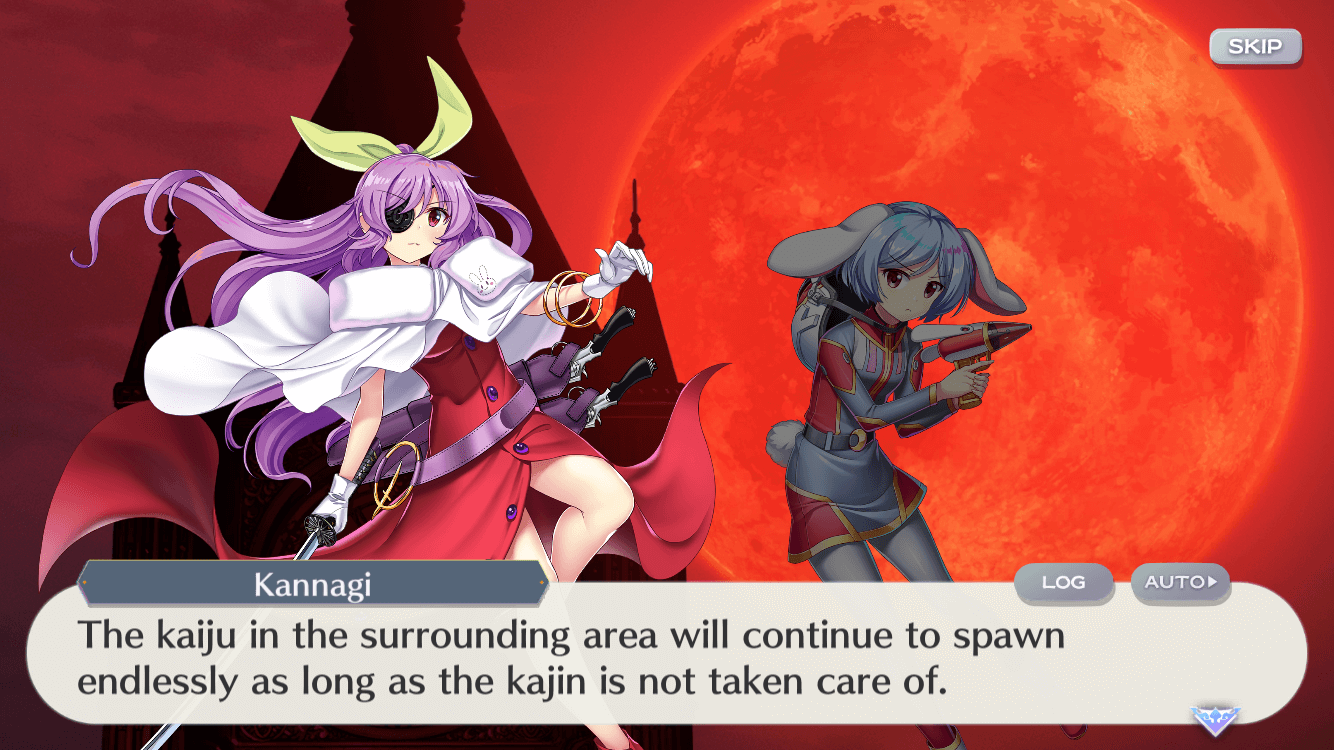 Watatsuki no Toyohime’s temple is described as plentiful for a pretty self-explanatory reason: Toyohime’s generosity. Studying hard under the tutelage of Lady Yagokoro has provided her with many opportunities to learn about nourishment and medicine, perfect materials for inventing her own candies. Her sweets come in many flavors and sizes, some even taking the form of Yin-Yang orbs! Out of all of the Lunarian Peacekeepers, Toyohime, with her codename being “Otohime,” serves as the primary healer to make sure everyone in the group is protected and well-fed. 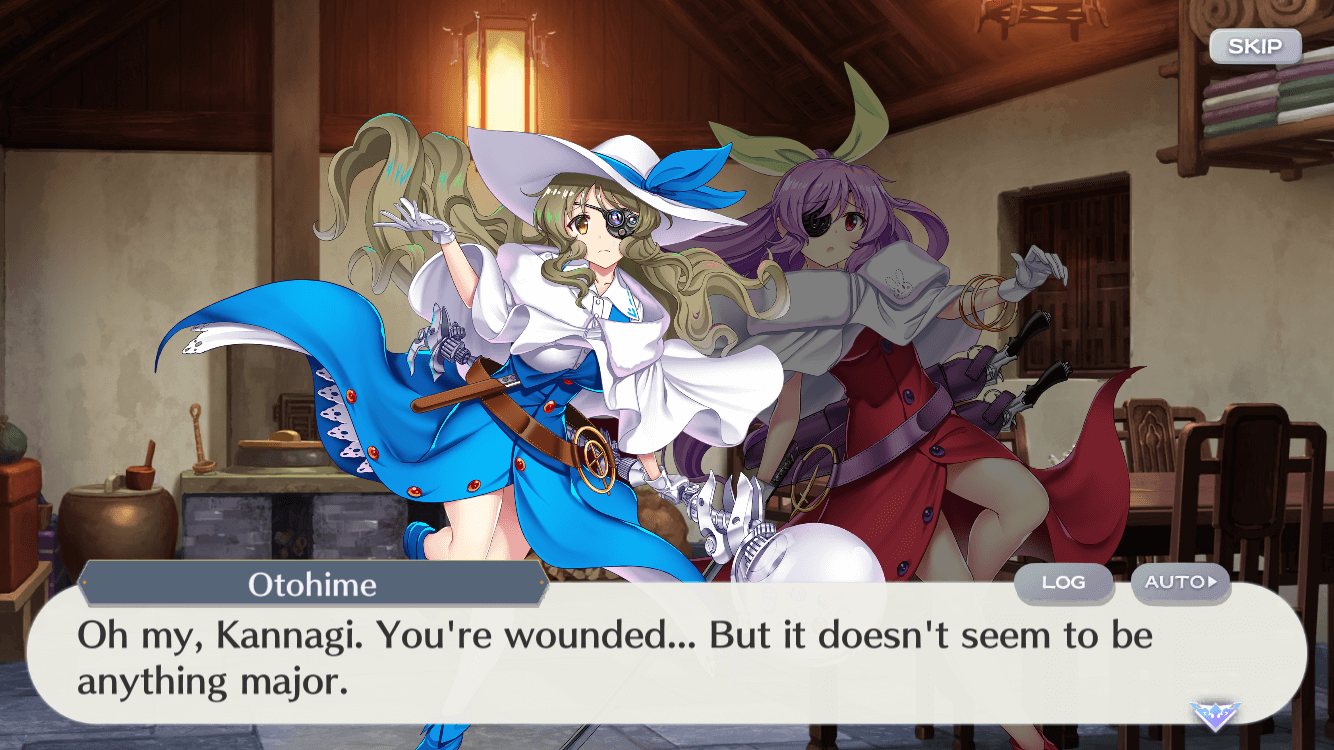 Sagume Kishin retains the same ability as her base form, like the other peacekeepers, in which the fate of whatever she mentions is reversed. To allow her to speak with the rest of the group, they developed a gas mask-like device that takes the words she utters and returns them through a text filter to prevent her ability from activating needlessly. With an even greater mastery of her Yin-Yang orbs, Sagume mainly supports the rest of the team to ensure their unfortunate fate of failure can be reversed.

Kaguya Houraisan makes an appearance as a fellow temple guardian, alongside Yorihime, Toyohime and Sagume, with the codename “Nayotake”. She acts as the leader of the group, and keeps everyone in high spirits with her sense of humor and playful attitude. With her ability, to manipulate the eternal and instantaneous, she can get to the bottom of the great mystery surrounding their challenges at the Lunar Capital. 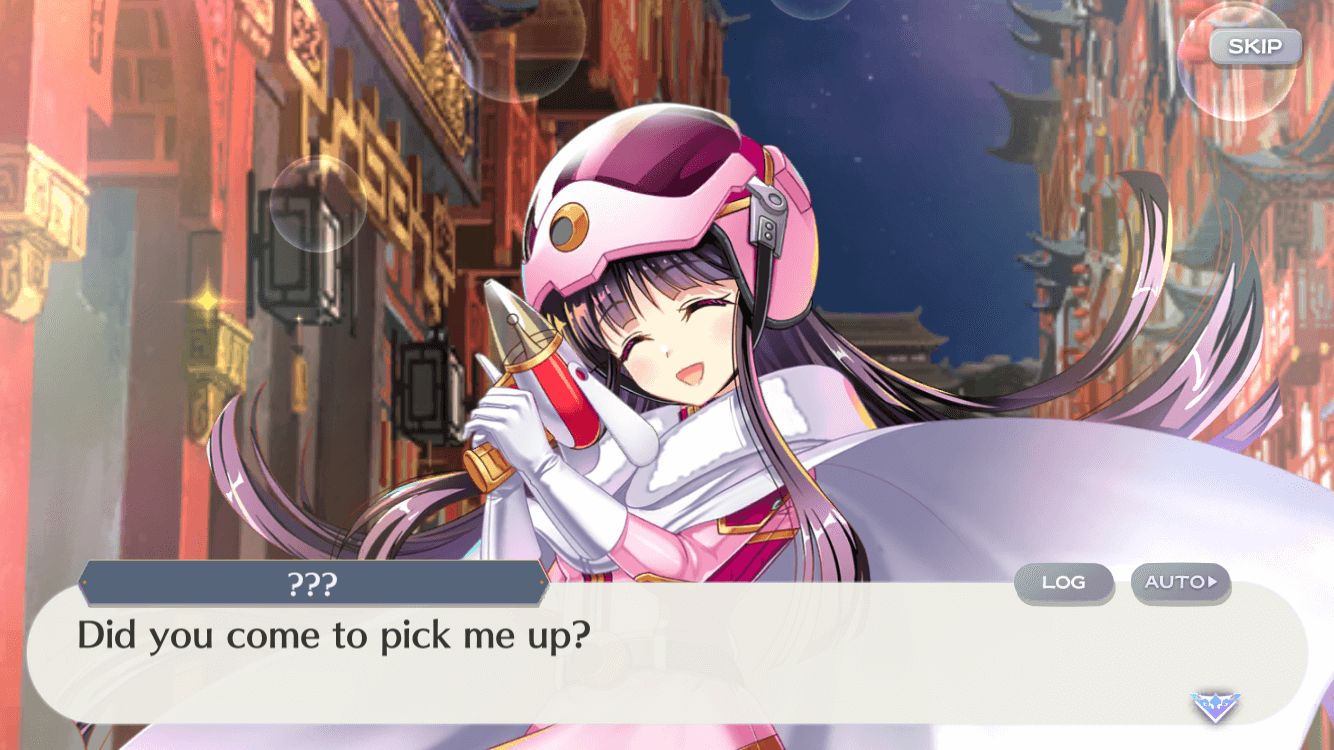 As with any story involving Touhou and the Moon, rabbit characters are inevitable. For this scenario: we have two of them: Rabbit 2 and Rabbit 1. Rabbit 2 is a loyal soldier working with the peacekeepers to protect the Lunar Capital, with her loyalty shown especially when around Kannagi and Otohime. Rabbit 1, on the other hand, is only seen conspiring with a nameless force. With a metallic outfit that looks out of place even compared to everyone else, it’s a mystery of what this rabbit is capable of. 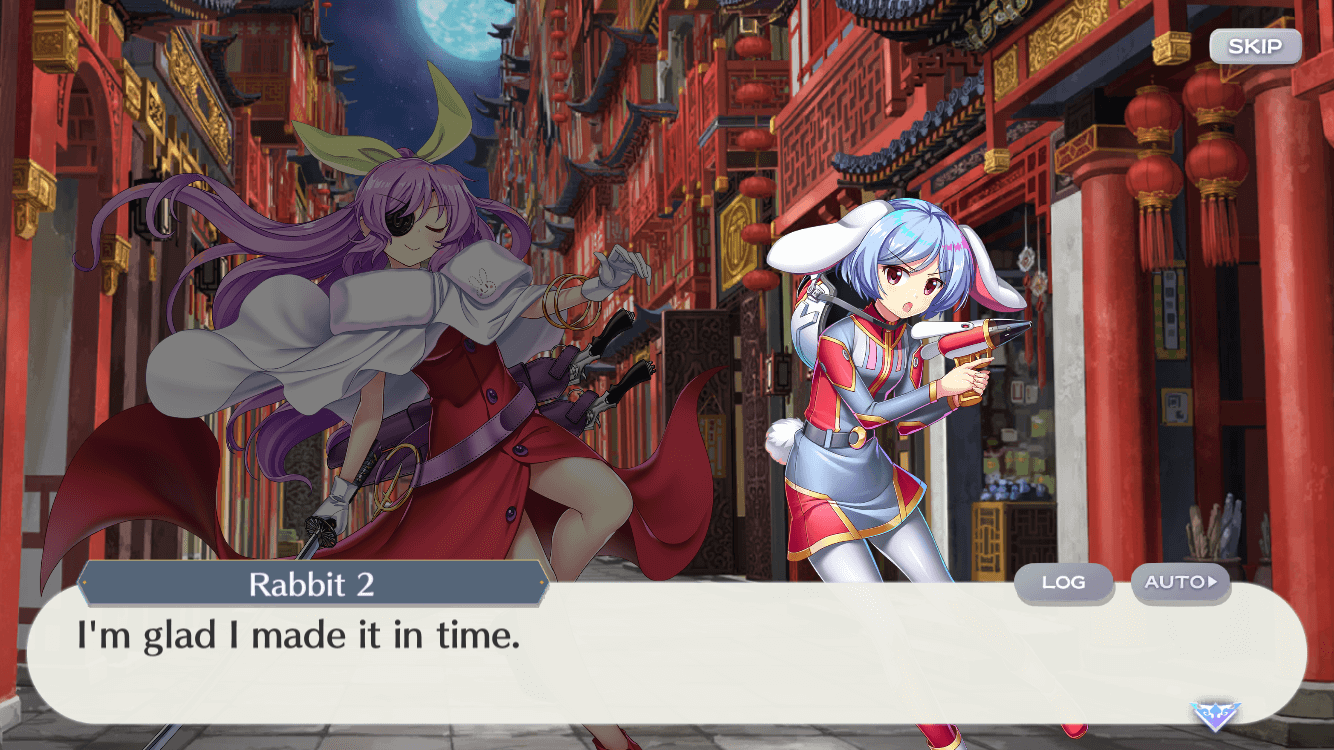 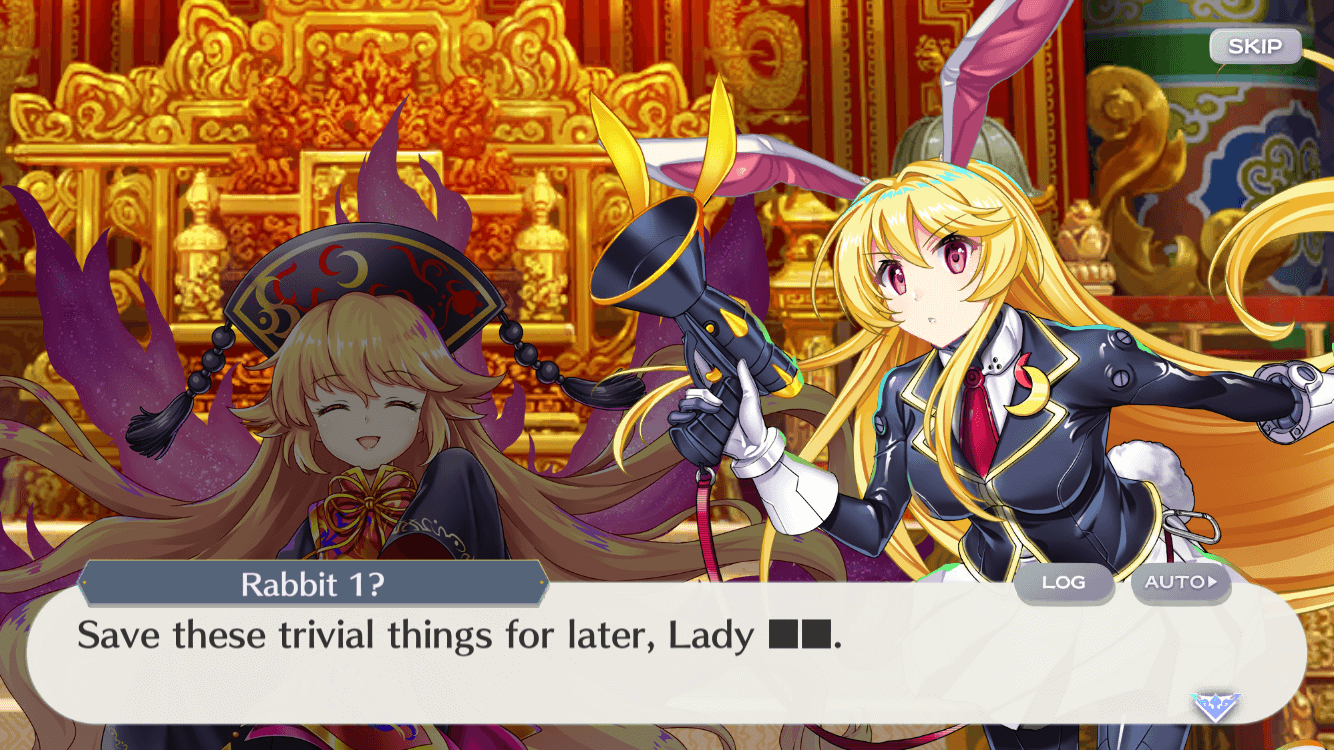 Junko, the Nameless Space Terror, is a mysterious being. A smaller version of the Junko we already know, and yet she holds the same abilities of purification as L1 Junko, perhaps even stronger. Her hatred for the Moon seems intact as well, but for reasons unknown; but depths of this emotion have practically turned into insanity.