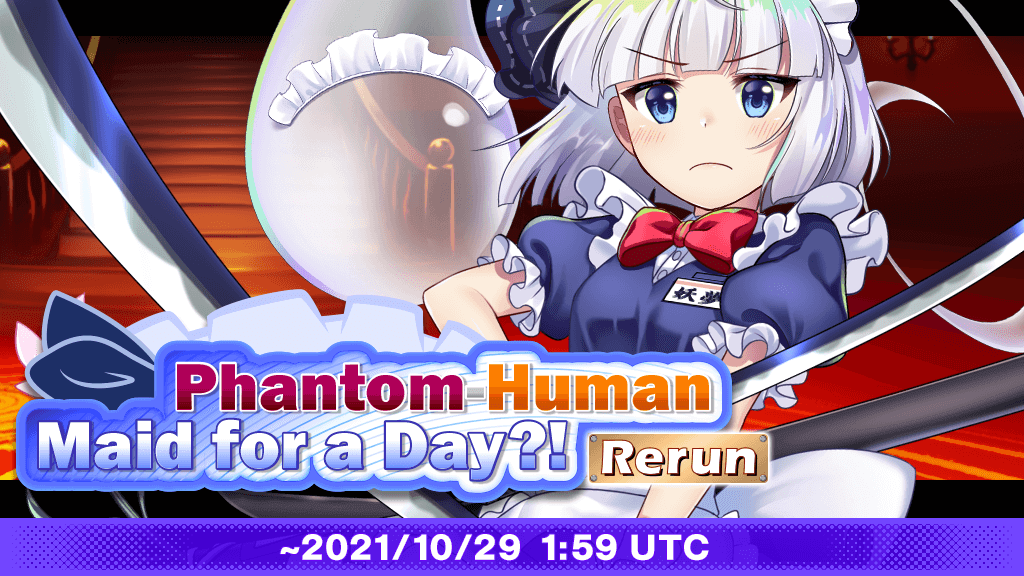 Phantom-Human Maid for a Day?! is the first event of Touhou LostWord, introducing many of the charms that come with each in-game event. Along with new side stories and unlikely interactions, the battle stages contain familiar Friends or opponents with special names. These titles may reflect on the current situation of the story or simply reflect on an aspect of the character. Along with that, players collect special Event Points from completing the stages to exchange for upgrade materials as well as music CDs and story cards unique to the event's runtime. This guide will serve as an organized presentation of the unique character names and items that would not be accessible until a rerun of the event.

While there is less material to cover here compared to the amount of content that future events provide, the rerun of Phantom-Human Maid for a Day?! is an opportunity to look back at the charm provided by the first event of the game and note how that aspect has increased over more events. 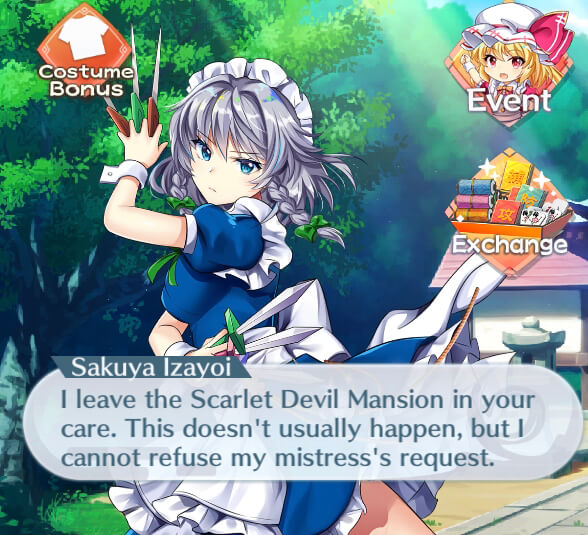 Every unique character only appears in the first event stage associated with the episode that it is a part of. Therefore, instead of multiple tables that would only end up highlighting one single character, this is a singular table that goes over each Scarlet Devil Mansion resident (and invader) encountered over the entire event.

If you would like to learn more about some of the cast listed below, or about the Scarlet Devil Mansion residents in general, the page below provides an informative overview!

Guide to the Cast of Phantom-Human Maid for a Day?! 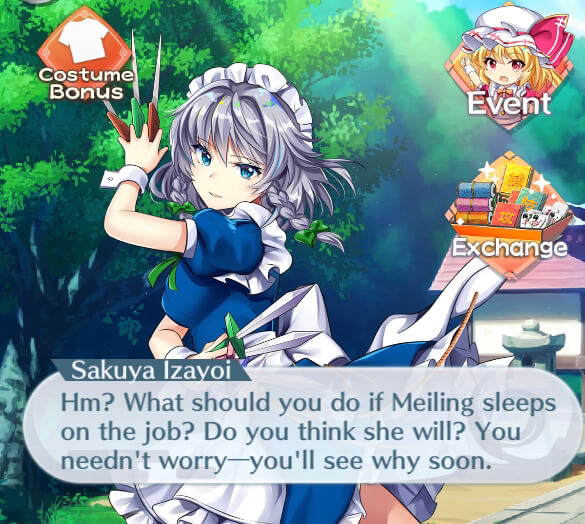 Unlike future events, generic enemies will not receive special names on different difficulties. However, some enemies will only appear on a higher difficulty. For the sake of concision, only the species of the enemy, their unique name during the event, and the series of generic event stages (A Maid's Duties) will be listed. A special note is placed under the stage section if an enemy only appears on Hard or Lunatic. 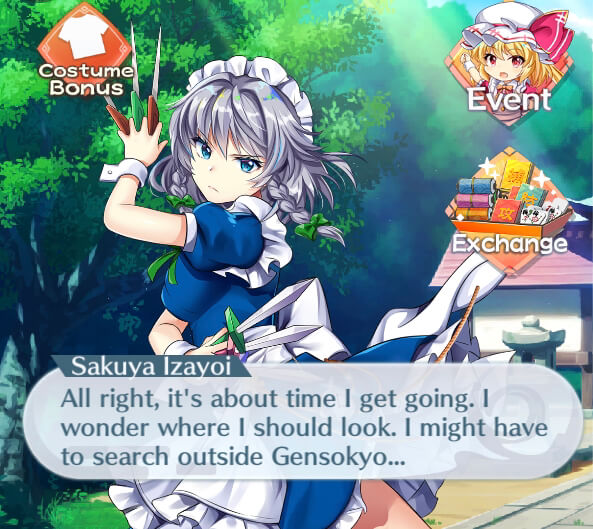 Normal Event P: Points awarded by Sakuya to Youmu for her efforts. Gather them to become a full-fledged maid! Rare Event P: The plates of the Scarlet Devil Mansion. Collect them and set the table for Sakuya's return before Flandre breaks them all! 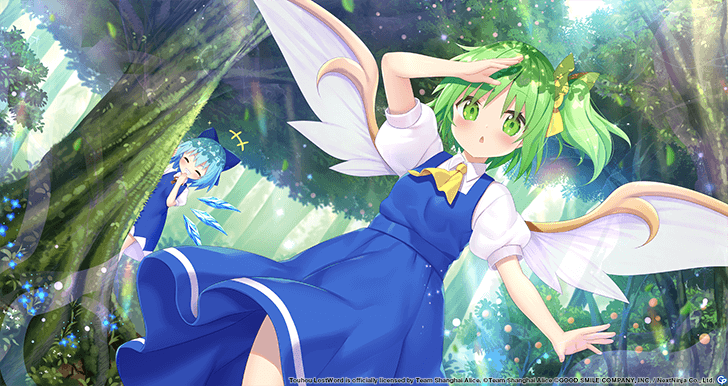 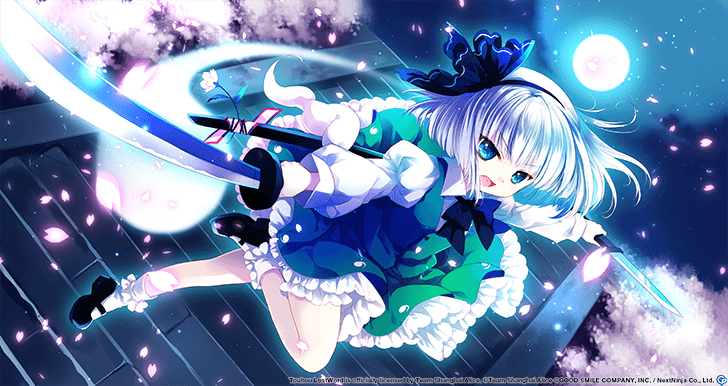 I Can Cut Pretty Much Anything

Since every character only appeared in one battle at the start of every episode, there was not a girl who stood out for participating more than another. Perhaps it was for the better, with the amount of work Youmu already had to complete within the single day.

**Life of a Tengu was introduced in the Rerun of Phantom-Human Maid for a Day?!