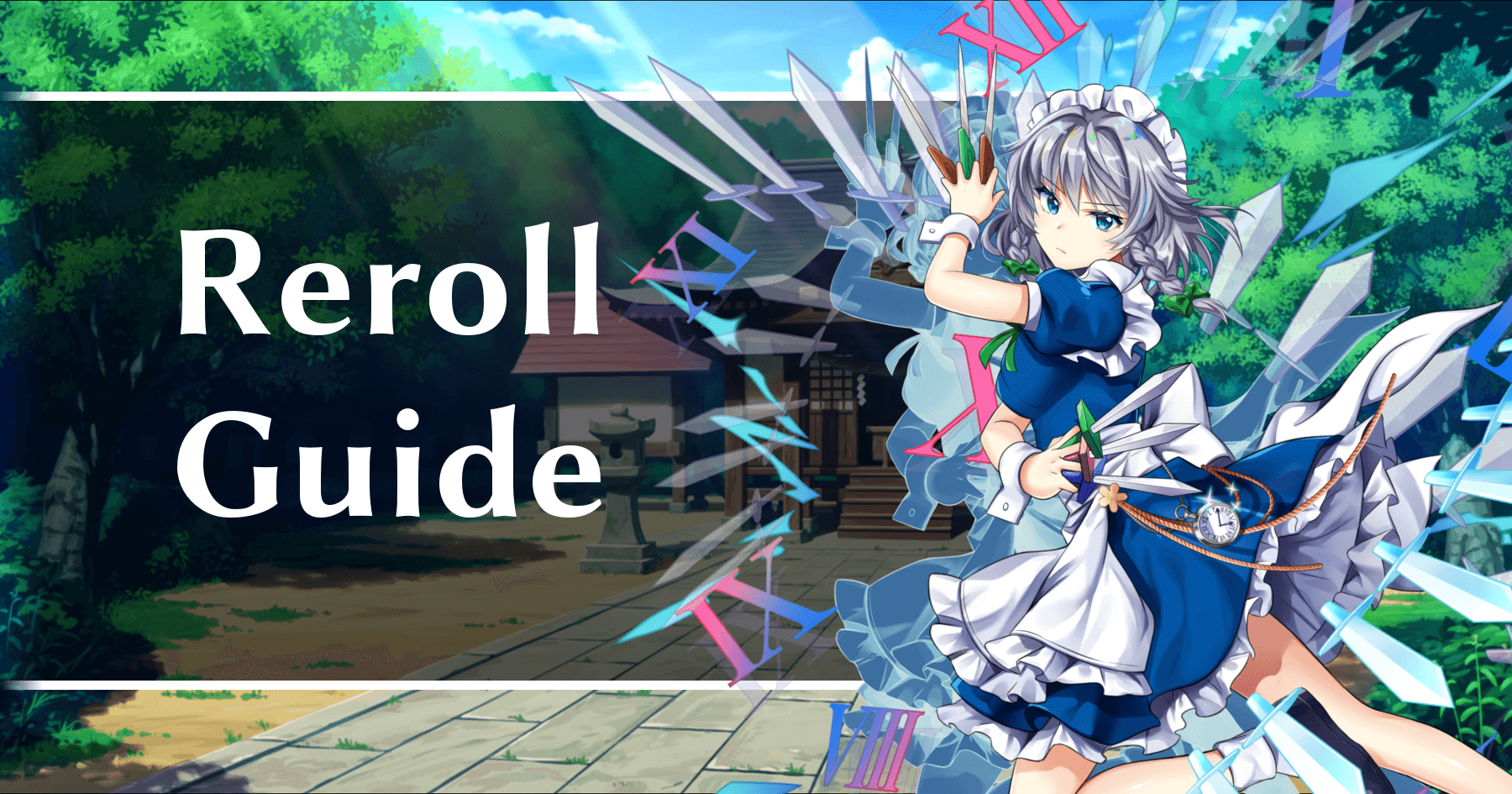 For first-time gacha players looking to get a good head start in LostWord, or mobile veterans who know the name of the game by now, rerolling is an excellent idea. LostWord makes the process extremely easy and quick, and even the most casual player will be well served spending a few minutes getting an ideal starting account. This guide will explain what rerolling is, what the benefits are, and who you should reroll for.

Rerolling is generally defined as starting a new account, and using all the resources that are immediately available either after the tutorial or reasonably soon afterwards to get the best possible results within a reasonable timeframe. LostWord is, however, a bit different.

When starting a new account in LostWord, you are given a predetermined Tutorial Roll, a forced ten pull shortly after the tutorial on the general banner, and then thirty draws (150 Seal Crystals and 45000 Coins) from pre-registration rewards.

As this predetermined Tutorial Roll happens so soon, there are generally two categories of rerolls: those that simply try for the best possible Tutorial Roll result, and longer rerolls which go past that point for either additional characters or, depending on the active banner, a specific character not available in the Tutorial Roll.

All new accounts for LostWord are blessed with two very useful starting characters: Marisa Kirisame and Reimu Hakurei. Marisa will carry you through the levelling process, and Reimu will serve as a very powerful event farmer for a long time. You also get a free Sanae Kochiya.

With that said, while the combination of these two units makes any new account start off in a solid position, even one additional powerful unit can be a big help in the short-and-long run. As such, it is highly recommended, but completely optional, you at least reroll the Tutorial Roll.

You'll be offered a choice after the character Remilia offers you - just choose to go again, until you get the character you desire!

At the very start of the game, quite literally seconds after starting the app, Remilia Scarlet will give you a predetermined ten-pull (ten draws at the same time). For this Tutorial Roll, you will always be get one of the following characters, along with nine Story Cards:

Every time you delete the app from your device and reinstall it, you will be on a new account, and get this Tutorial Roll again. As a result, if you want the strongest possible start, or even if you’re just willing to spend a few minutes, rerolling for Youmu Konpaku is highly recommended.

A more in-depth explanation of why Youmu is the only character worth going for from this predetermined tutorial pool can be found at our Reroll Tier List.

Rerolling past the Tutorial Roll

For most players, simply picking up Youmu Konpaku is sufficient. However, due to how the Errand system works within this game, having additional unique characters can be desirable to reach the 18 character mark, and with it maximized rewards, as soon as possible. As such, a longer reroll that goes for additional characters is a powerful strategy if you are willing to spend additional time.

It is generally recommended you only aim for, depending on how long you are willing to reroll for, up to 3 non-Sanae, Marisa, Reisen, Cirno, or Reimu characters in addition to your desired Tutorial Roll character as draws.

Finally, depending on when you reroll, a highly powerful or desired limited (Fes) character might be available within a rate-up banner. This is another reason you may wish to do a long reroll, but keep in mind that you will only have a single ten-pull to work with for this purpose, as the forced ten-pull shortly after the Tutorial Roll will always be on the general banner.