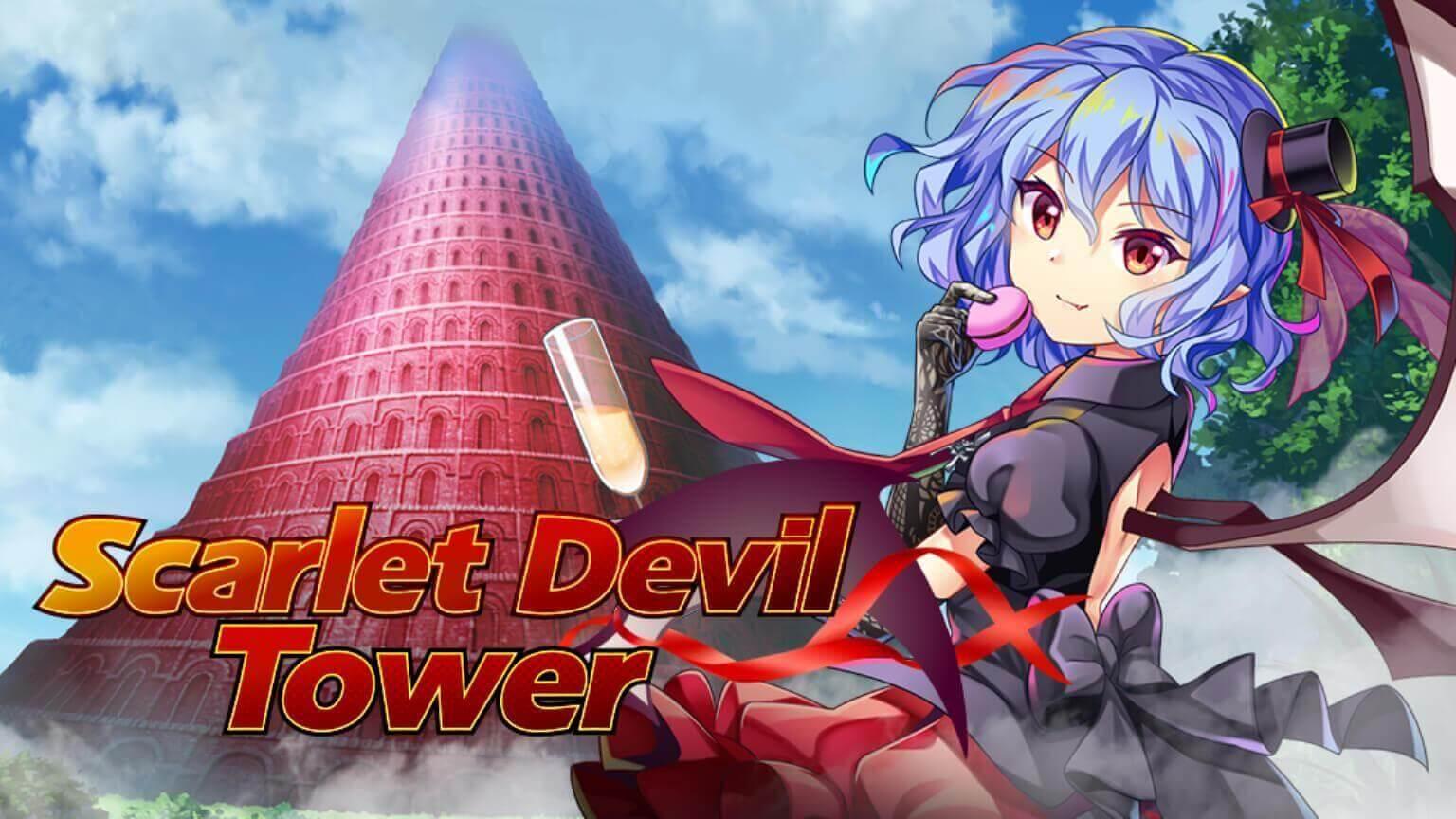 Welcome back to the Scarlet Devil Tower! This time around, there's two gimmicks: firstly, every grunt floor has a 30% resistance to a Bullet type. Make sure to check what your Last Words are tagged with! Secondly, half the fights on the floor hate stall with a burning passion, so look forward to enemies healing their whole team for huge amounts and recovering Barriers nonstop.

This is a guide to floors 61 through 70 of the Scarlet Devil Tower. If you’re looking for an overview of  how the Tower works, click here. To return to the floor index, click here.

Watch out for Toyohime's ability to grant her team Quick - Last Words will still outspeed their Spell Gauge, as it's the same priority as Spell Cards. Otherwise, try to refrain from Body Bullet Last Words if you can - having their damage cut by 30% is pretty nasty, and they're somewhat common.

Watch out for the Star Ghost's ability to lower Heavy damage - they lift (even without any hands...?). Heavy damage is fairly common too, especially on potent attackers like Ran. Otherwise, don't bother trying to stall this fight out unless you take the Earth Ghost out first - the 20% heal and Barrier recovery is impossible to outgun with basic shots.

This dynamic duo of news reporters brought protection against Energy Bullets - so make sure to avoid Energy Last Words if you can, they're really common. Strange to see the two working together, but there's a Gensokyo out there where they're friends it seems. Or they just decided taking you down's more important.

The miniboss floor of this section of the tower is rather rude - Lunasa will raise her team's Yang DEF or Yin DEF, and the Star Ghost will sometimes recover 2 Barriers for its entire team. You can try to go for a Full Break against all of them at once in a single turn to mitigate this, or just take them down one at a time with focused fire.

Light Bullets aren't too common, so you likely won't have to worry about Seiga's skill that resists them. Still, the tenacious Yoshika will recover their HP and Barriers, so take them out quickly or focus Yoshika down first.

Whatever you do, don't listen to Seiga, and if she calls you cute, run.

You almost certainly won't have to worry about the Missile resistance on this floor - it's so rare, only Nitori has it on her Last Word. Unless you're a Nitori superfan in which case uhhh sorry this is your personal hell. Watch out for the Quick, and remember that Last Words will always go first.

Ofuda isn't very common, so the resistance of this floor isn't a huge concern. Patchouli, meanwhile, will be a royal pain - between her weakness only to Star attacks, and her healing and barrier restoration for her allies, you may just want to bring a especially powerful Solo targeting Last Word to take her out ASAP.

A rather nice floor. There's no need to worry about the resistance here, as only Satori and Alice have Sharp Last Words - so just blast the two of them.

A rather nasty floor - between Satori restoring 2 Barriers each turn to her entire team and Koishi granting them constant resistance to All targeting Bullets, it may be hard to decide who to take down first. Whilst you can subvert the EX attack as usual by switching out (and you may have to, banning Graze is nasty), it only lasts one turn so a particularly tanky frontline may be able to simply ignore it.

Why is Ran with Satori and Koishi? Did she wind up being their pet in the Gensokyo they hail from? Perhaps Satori and Koishi are youkai sages - who knows which youkai wound up as sages in other Gensokyos...