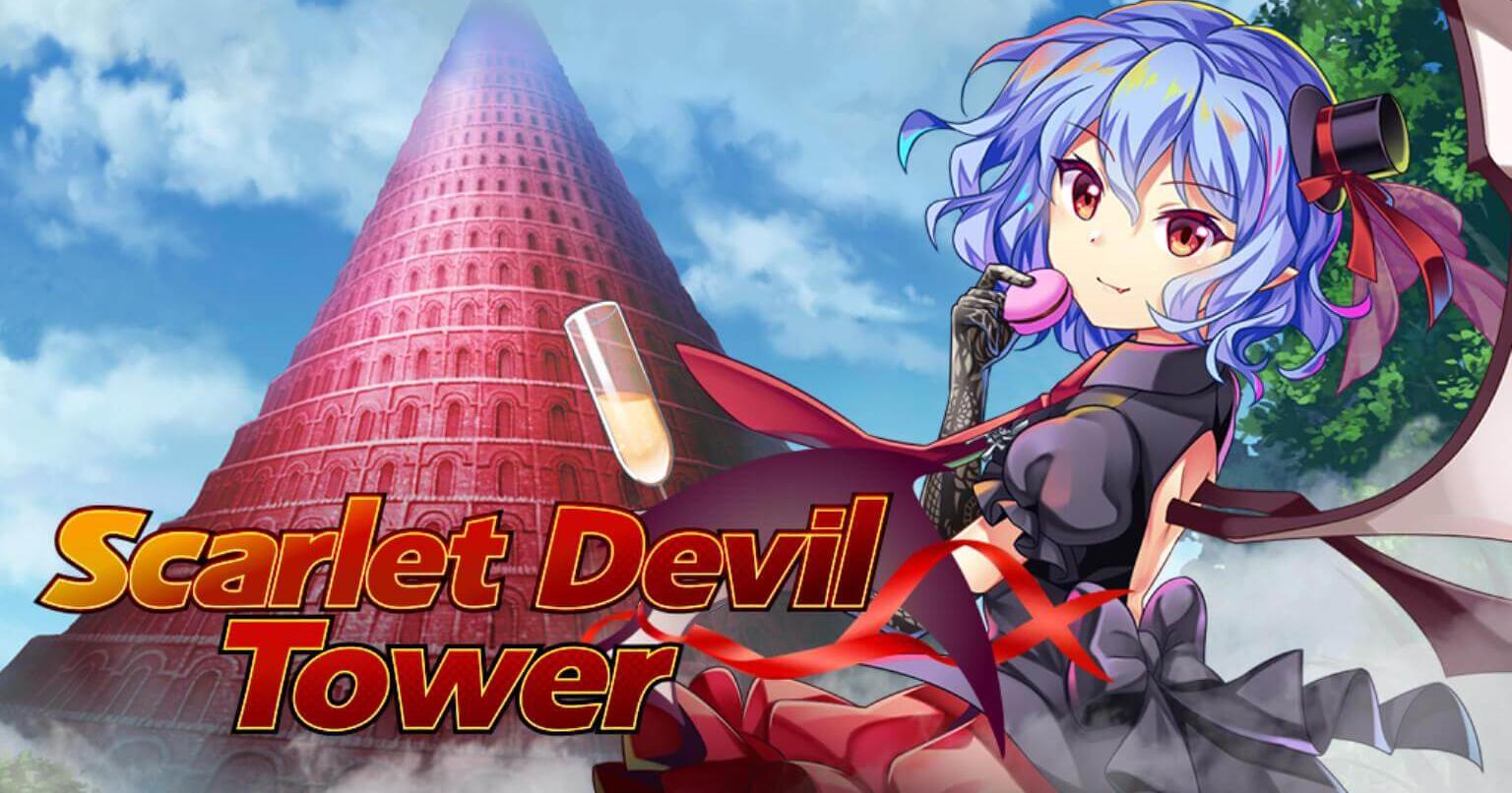 Hi Friends! It's time for the final push before reaching the triple-digit floors of the Scarlet Devil Tower! These floors are definitely more tricky than the last few, taking their mechanics of guarding against certain bullets and making them stronger, pairing them up with dangerous debuffs, and throwing in some more Barrier restoration for good measure. Not every floor will be immune to slower stalling strats, but be sure to stay on your toes against the anomaly-casters. You can bet they're going all out with the Floor 100 boss as well...

This is a guide to floors 91 through 100 of the Scarlet Devil Tower. If you’re looking for an overview of  how the Tower works, click here. To return to the floor index, click here.

The enemies here have already 1-uped the previous set of floors by increasing their starting resistances from 50% to 70%. Unless they are full broken, these opponents will take very little damage from Sharp and Missile bullets. Oh, and Seiga is our first return to Barrier restoration, giving everyone 3 layers back. Take her down first if you plan on spending a long time on this floor, or else the enemies will just have infinite barriers.

This floor plays a dirty trick, seeming innocent at first with Sagume and Nemuno having no explicit skills and seeming like a generic strong floor. Then Patchouli tries to drown you with 3 layers of Poison. It's not the most threatening anomaly, but with 3 layers on all of your Friends, it can definitely pile up. Even if not threatening, the opponents without skills are intended to use anomaly breaks on their spells if they are not properly Grazed, making the anomaly caster the most threatening target. This is the same for every other anomaly floor this set of floors.

The middle target of Aunn is actually not the bulkiest HP-wise this time. Instead, she tries to make your Friends whiff all their attacks while Sanae and Yukari provide support through large resistance. Heavy elemental resistance can seem dangerous, but it is another buff that is removed from Full Breaking. They don't even protect Aunn from the elements she is weak to, so they're doing a bad job at protection...
Take Aunn down first before she messes with your Accuracy too much.

Another anomaly-based floor, this time more dangerous due to the possibility of being stunned while holding onto a Paralyze barrier. Definitely try to remove Joon from the battle first before she forces you to use up all of your barriers. Of course, a friend who is immune to Paralyze anomalies helps out a lot here.

As usual, Reimu specializes in Barrier restoration on this midboss floor, where all opponents already have 7 barriers to deal with. Along with that, the incident resolvers seemed to make a truce with Yuyuko and now they all take advantage of teamwork with a brutally large buff of 8 levels of CRIT Accuracy UP. Sealing your spread shots isn't the worst effect in the world (unless you were relying on a 0P elemental break, which Barrier restoration already crushed...), but the effect can be countered through switching Friends out. Oh, Marisa is also there but her job was just to stand and wave.

Another basic floor; just watch out for the resistances to Laser and Energy bullets. Medicine heavily decreases every Friend's Yang ATK by 5 levels, so if you're going all out before a Full Break Yin nukes would be preferable.
I wonder what universe has it so the emissary of the Moon gets to work with those from Gensokyo...?

The helper of Autumn delivers a chilly twist by applying Freeze anomalies to your entire team. They can delay your Friends' spells and attacks, but it's better than your turn being skipped entirely like with Paralyze. All of the opponents are starting to get rather bulky in health, though.

Nothing very different from the 91st floor, just replace the bullet type resistances with elemental ones. Once again, none of these resistances cover Ran, acting as the Barrier restorer this time, so taking her down first will definitely help in the long run.

Last push before the 100th floor, and it's a last hurrah from the anomaly floors. Blind barriers are rather dangerous, lowering Accuracy while they are applied. Komachi is definitely the most dangerous of the three targets, so remove her first. Don't be shy to take a breather before the next floor, it's really heavy.

The Myons have arrived to unleash judgment. From the start, the Mysterious Sword Master already seals off Graze, making it necessary to swap out for any chance of survival. From there, the purple-flavored Myon will keep the offense up while the normal-flavored one stays defensive and even heals with a break when she has the time. It doesn't help that these buffs apply to both foes, making both of them competitive threats.

And of course, each Gauge Burst only makes things more difficult. The first burst will seal another mechanic for the entire team: Boosting by Mysterious Sword Master and spells by Youmu Konpaku. Allowing these to be inflicted at the wrong time will prevent any damage, barrier breaks, or any progress from being made in general. Their second Gauge Burst is still brutal, giving themselves 100% elemental resistances to fully guard against many attacks. But hey, at least there's no Barrier restoration! ...on their skills, at least. Mysterious Sword Master's spells replenish Barriers, and with a single spell gauge, she's going to be restoring a lot of them.

The key to this battle is to swap out Friends at the right time. After getting past all of their sealing skills, the battle can be taken care of at a much better pace. Instead of removing the Myons' first HP bar immediately, time it so that you can swap back to the Friends that are already sealed down so they can endure the second wave of heavy sealing. They might be screwed, but they were already doomed when their Graze was sealed. Afterwards, you can try to target a single target and defeat them to make taking down the other one easier. With normal Youmu's defense and heals, perhaps try removing her off the board first.

Take note, this fight is very difficult and will likely take multiple runs and Friends to clear. Don't be ashamed if you cannot defeat the swordswomen in one go, the odds are heavily stacked in your favor. But that only makes winning this battle and reaping the Divine Paper Doll all the more worth it!

Memories of the Lunar Sea Mystic Code skill rate oddity
So while leveling up this Mystic Code Ive noticed that its third skill ‘Punishment’…
Busti's Stall Diary Chapter #518 : Yes I am Your Maid But You Have to Serve Me
Source Source Source Source Source 1283 posts - 48 participants …
On the game's old files
My phone was acting up, so I was clearing up some space. As I was, I looked and saw…
Regarding SE.RA.PH. quests availability after the event
Once the current event ends, I get that the main interlude quests will be added to the…
Is np1 fran a good aoe ? Answer needed asap. Thanks
On my alt, I have a lv70 spartacus, and lv80 maou for my neutral farming, but maou…
Read More