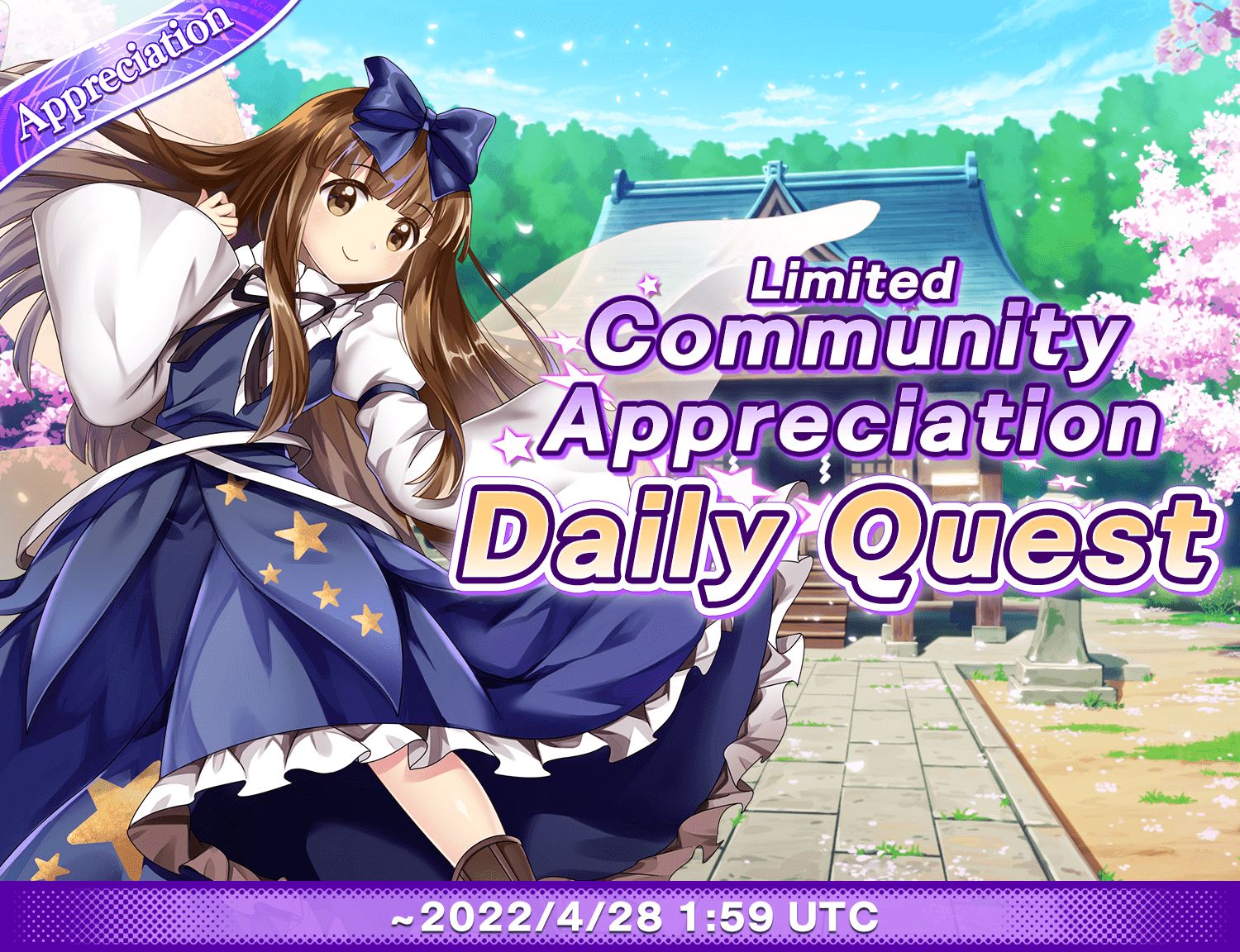 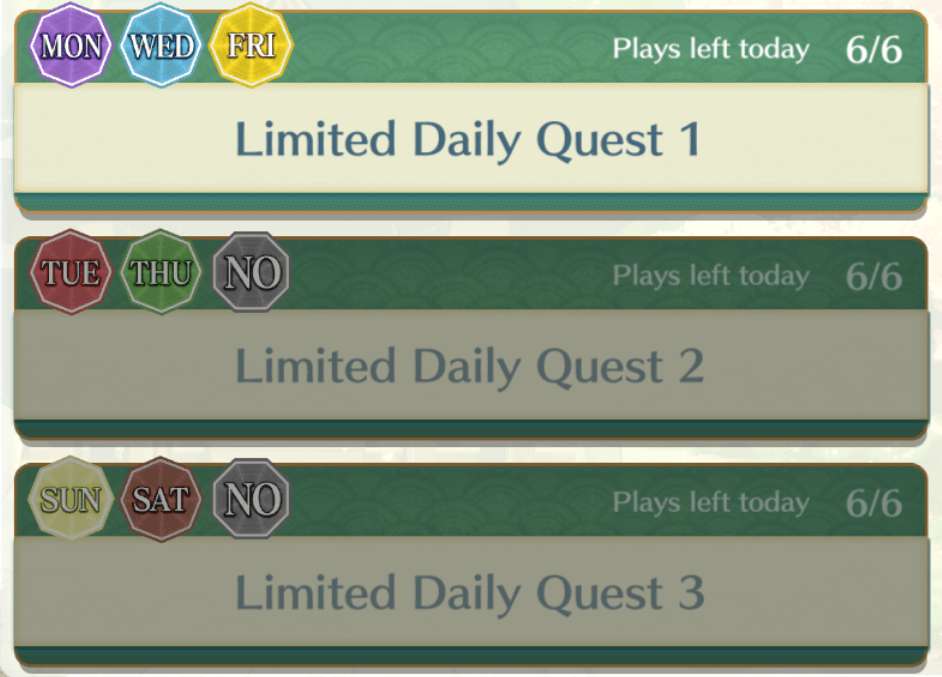 This is the schedule of the Limited Daily Quest campaign. Note that the 6/6 attempts is caused by the ongoing Daily Quest +3 campaign which will end at the 14th of April at 23:59 UTC.

Hello Friends! As part of the Community Appreciation campaign, we've got the ongoing 3x Daily Limited Quests event which adds in three new daily quests! The stages are targeted for new players as it is relatively simple to do since the enemies only have 3 digits of HP, which makes them able to clear it and be greatly rewarded for it. These daily quests unlock based on the given schedule and they all have the same drop table. Do note that this counts towards the "Clear Daily Stages" task progress which makes it easier for players to accomplish the task within a shorter amount of days. This event will last until April 28th at 1:59 UTC

Below is the rate at which the materials drop: