Introduction to the Secret Sealing Club 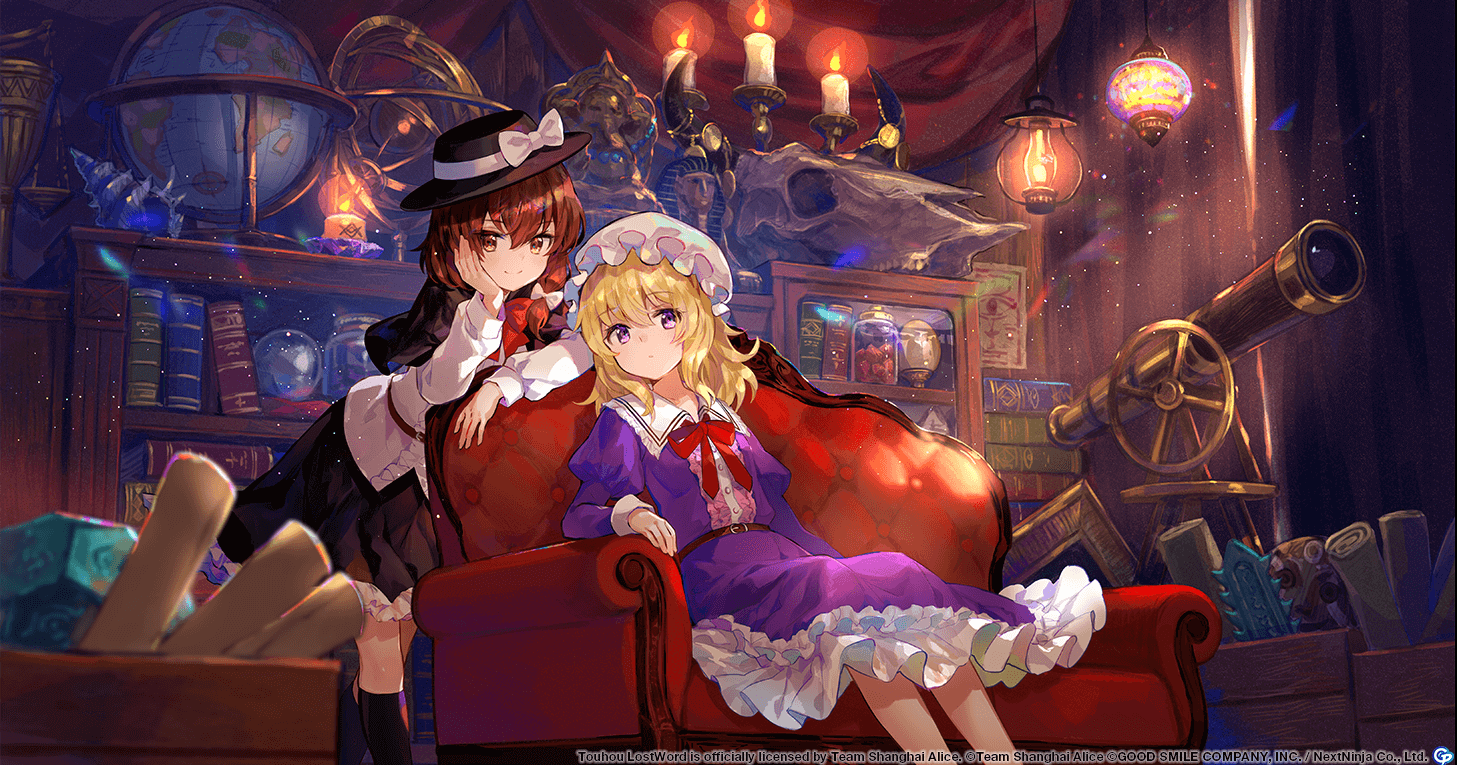 “The Secret Sealing club is a club with just two members, but really it’s a common occult circle. We don’t do ghost summoning or exorcizing, as others tend to do though.”(Maribel, Ghostly Field Club, Track 02. Girl’s Secret Sealing Club)

In Hifuu Lost Word, we meet two new characters, Usami Renko and Maribel Hearn. These two primarily appear in the CD stories written by ZUN to accompany his non-game original tracks, such as Greenwich in the Sky, as well as arrangements of his own themes. These stories take place in futuristic Outside world Kyoto, an unknown number of years ahead of the rest of Touhou. The world they live in is bleak, but the austere setting is swept away by the girl's conversations. After all, Maribel's ability to see and cross boundaries is the primary focus of these works. 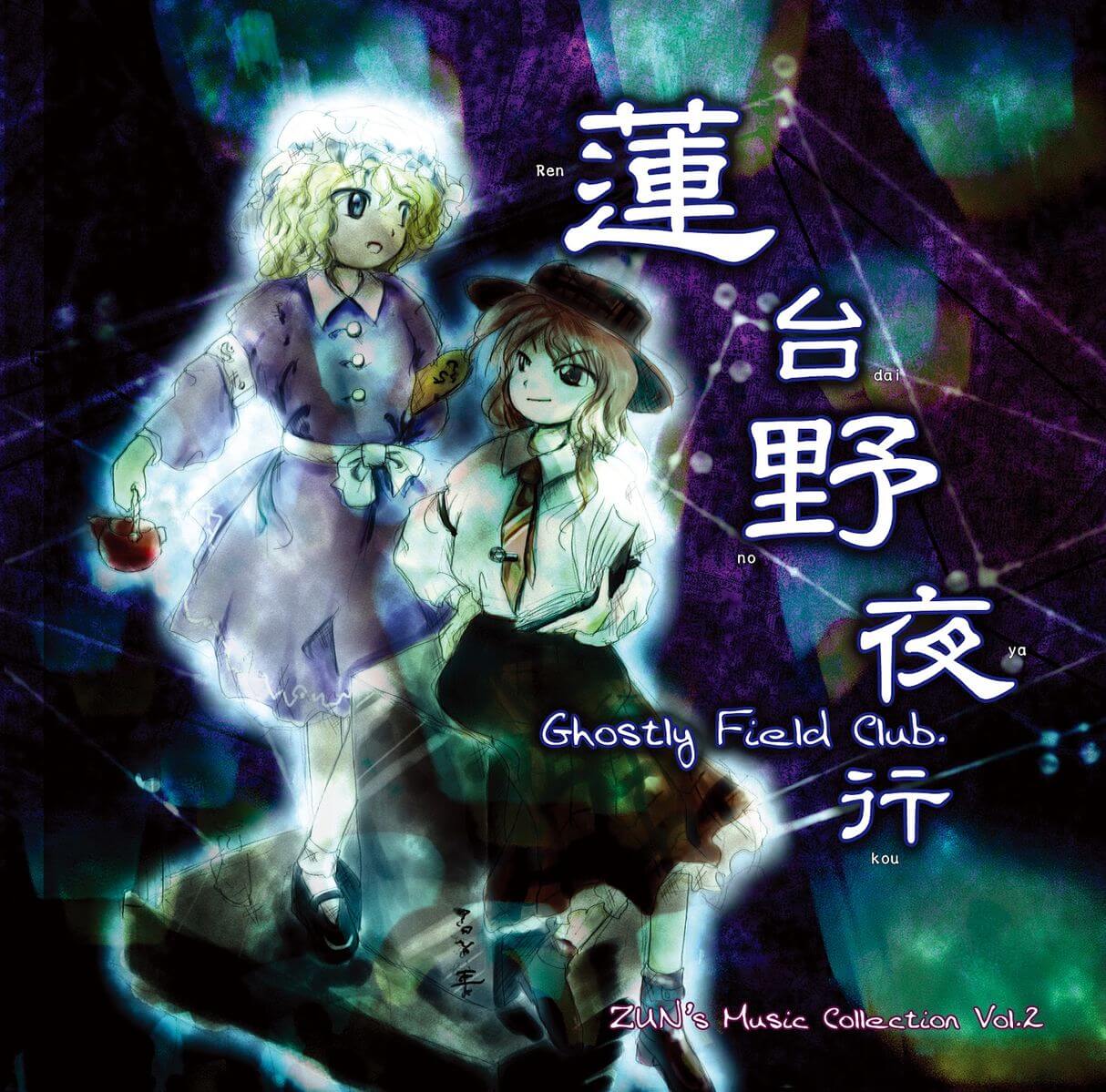 Their story begins in Ghostly Field Club, introducing Maribel and Renko as they plan a nighttime graveyard visit. This desire was sparked by a photograph Renko had obtained of the Netherworld(somehow), showing a gravestone in their world through a temple gate. The Secret Sealing Club’s activities, as well as their member’s specialties are also introduced to us here. Maribel’s ability to see boundaries and at times cross them, and Renko’s ability to tell the time to the second by looking at the stars, and the location if she can see the moon as well. Using both of these, precisely at 2:30 AM, Maribel rotates a gravestone(after trying various other methods), and they find themselves in the Netherworld, surrounded by swirling cherry blossoms, even though it was still Autumn. 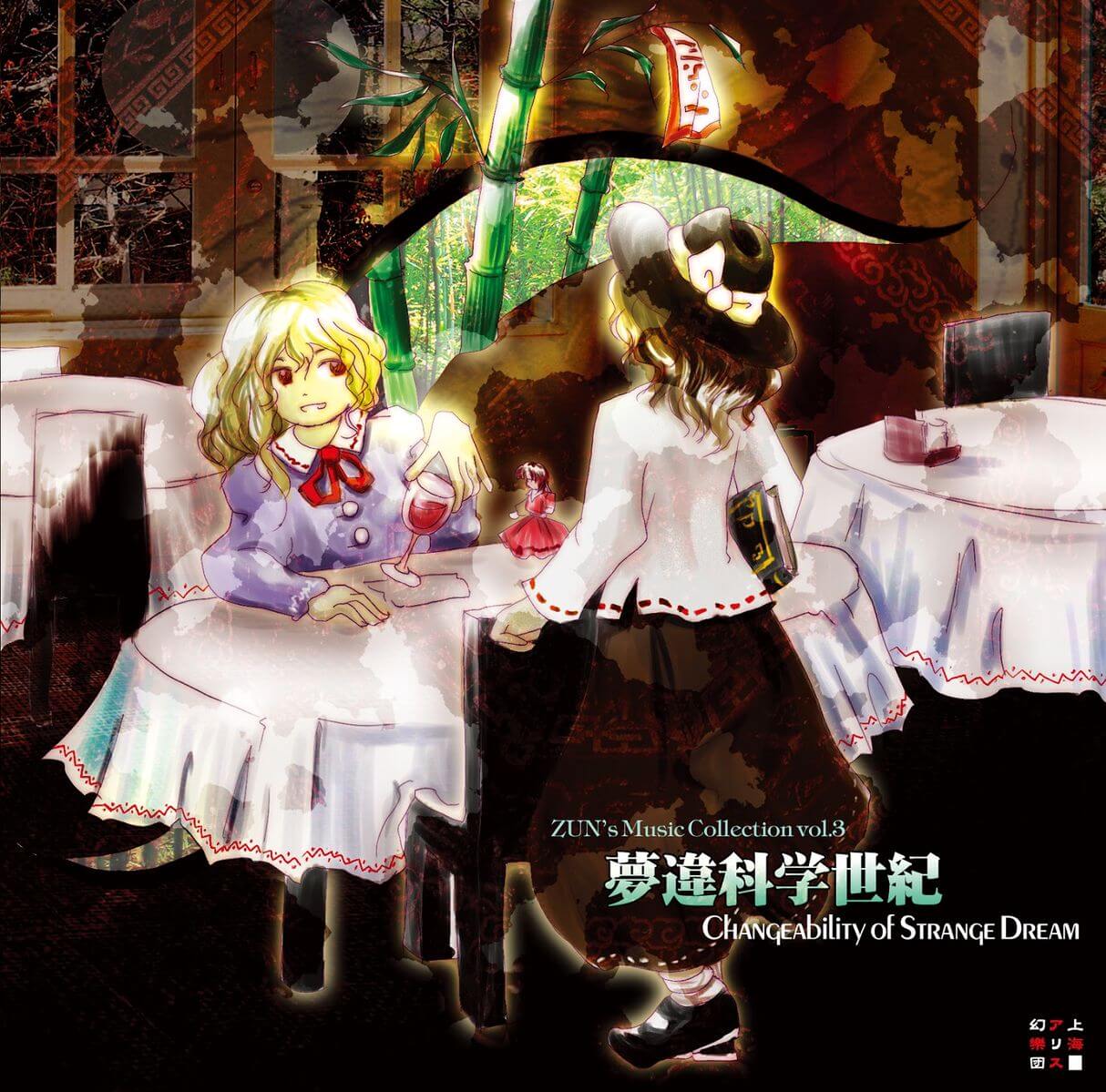 Changeability of Strange Dream is where we begin to see more clear connections to Touhou. Maribel describes her recent dreams to Renko, dreams which are so vivid she can no longer tell them apart from reality. She’s afraid she’ll forget which is which. In her first dream, Maribel recounts a red mansion on a shimmering lake, where she is greeted by a maid. Her next dream finds her lost in a bamboo forest at night. Wandering around, she reassures herself she won’t starve at least, not with so many potential bamboo shoots. However she’s reminded that she’s never actually seen one. Any bamboo shoot she’s eaten has been a synthetic imitation. Her encounters here are less hospitable. A giant rodent with a human’s face, gleaming red eyes and an equally terrifying savior in a girl with flaming wings. She recounts these with excitement to a concerned Renko. 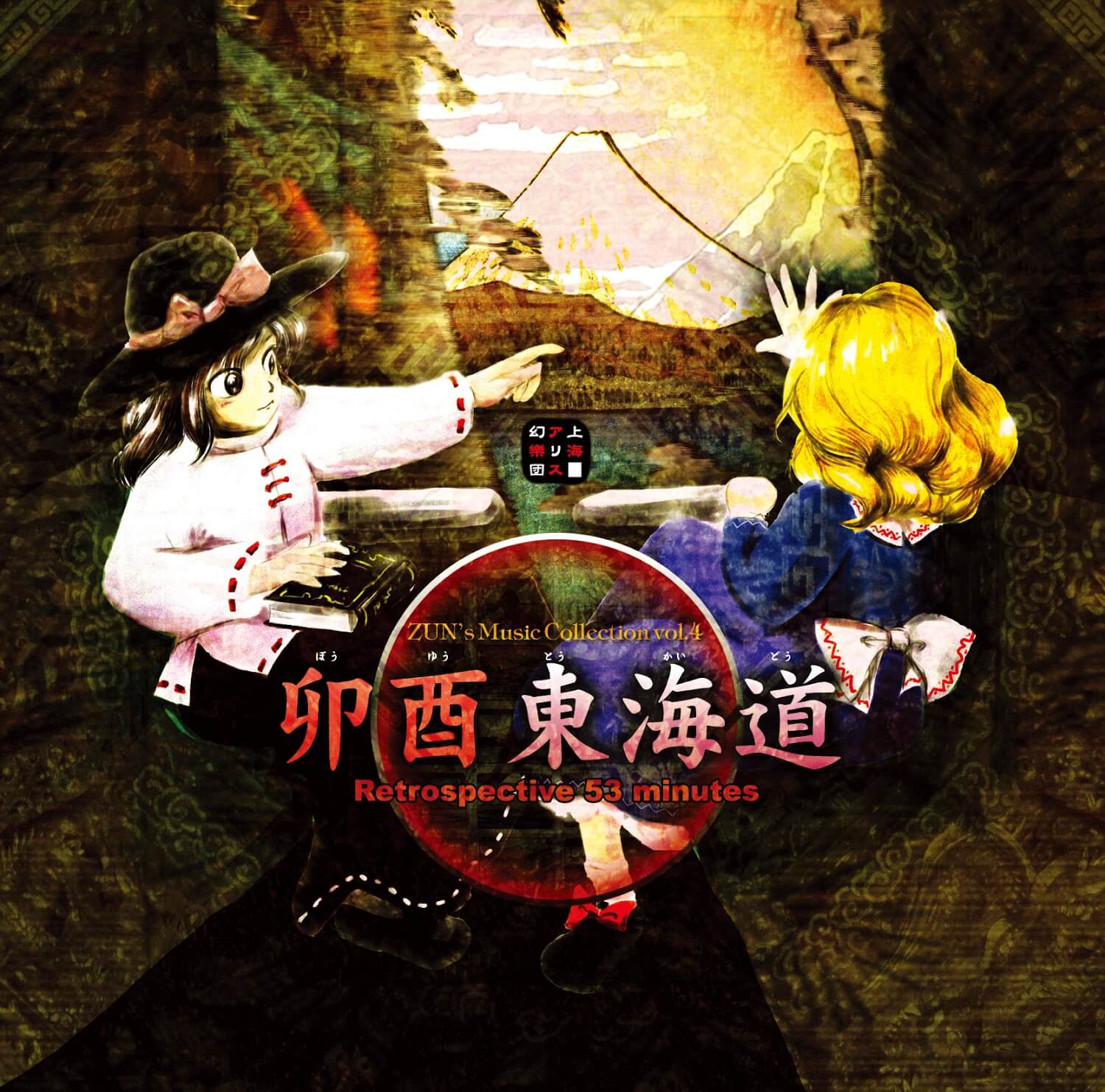 Retrospective 53 Minutes does not have the Hifuu Club traveling across boundaries, nor carrying out their usual club activities in general. It takes place on the Hiroshige No.36~Neo Super-Express, a futuristic shinkansen which travels in an (almost) straight line from Kyoto to Tokyo with no other stops along the way. We learn a lot more about their world of the future and its relation with the past, such as the decline of cars and large shopping malls and tall skyscrapers being considered archaic, and the intentional design of the Shinkansen’s journey to last 53 minutes, to align with the 53 ukiyo-e woodblock prints created by Utagawa Hiroshige called The Fifty-three Stations of the Tōkaidō. 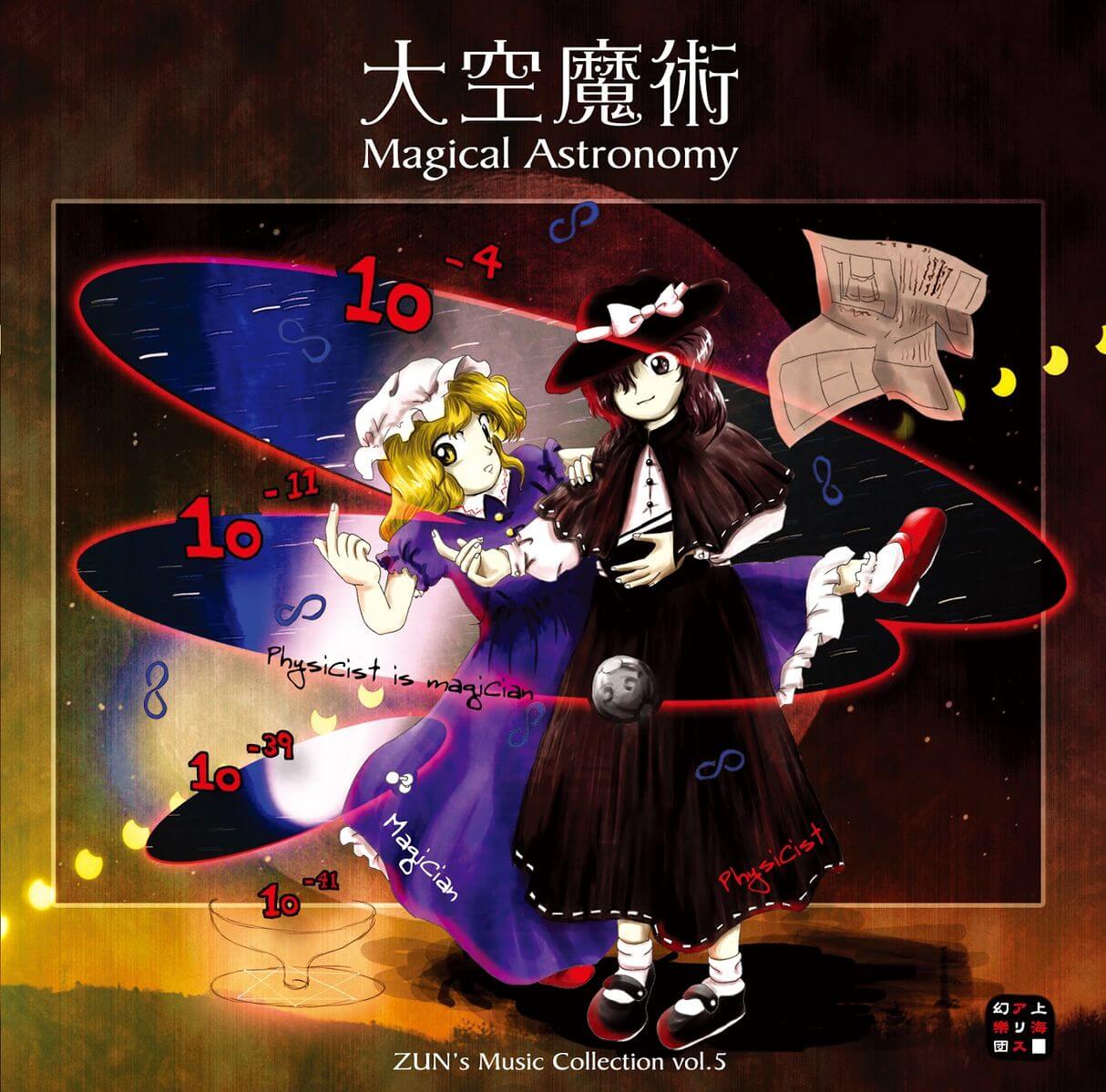 Magical Astronomy introduces an interesting connection, which once again ties it back to a familiar Touhou work. Maribel and Renko relax on their university’s campus and discuss the latest big news—Moon Tours. The public now has access to commercialized tours which can take them to the Moon. Of course, the adventurous members of the Hifuu Club want to go, but the cost would be too high for any university student to realistically acquire. Later, at night, Maribel looking at the border of the moon reflected in the water of a fountain, has an idea. We see that idea play out in the manga Silent Sinner in Blue. 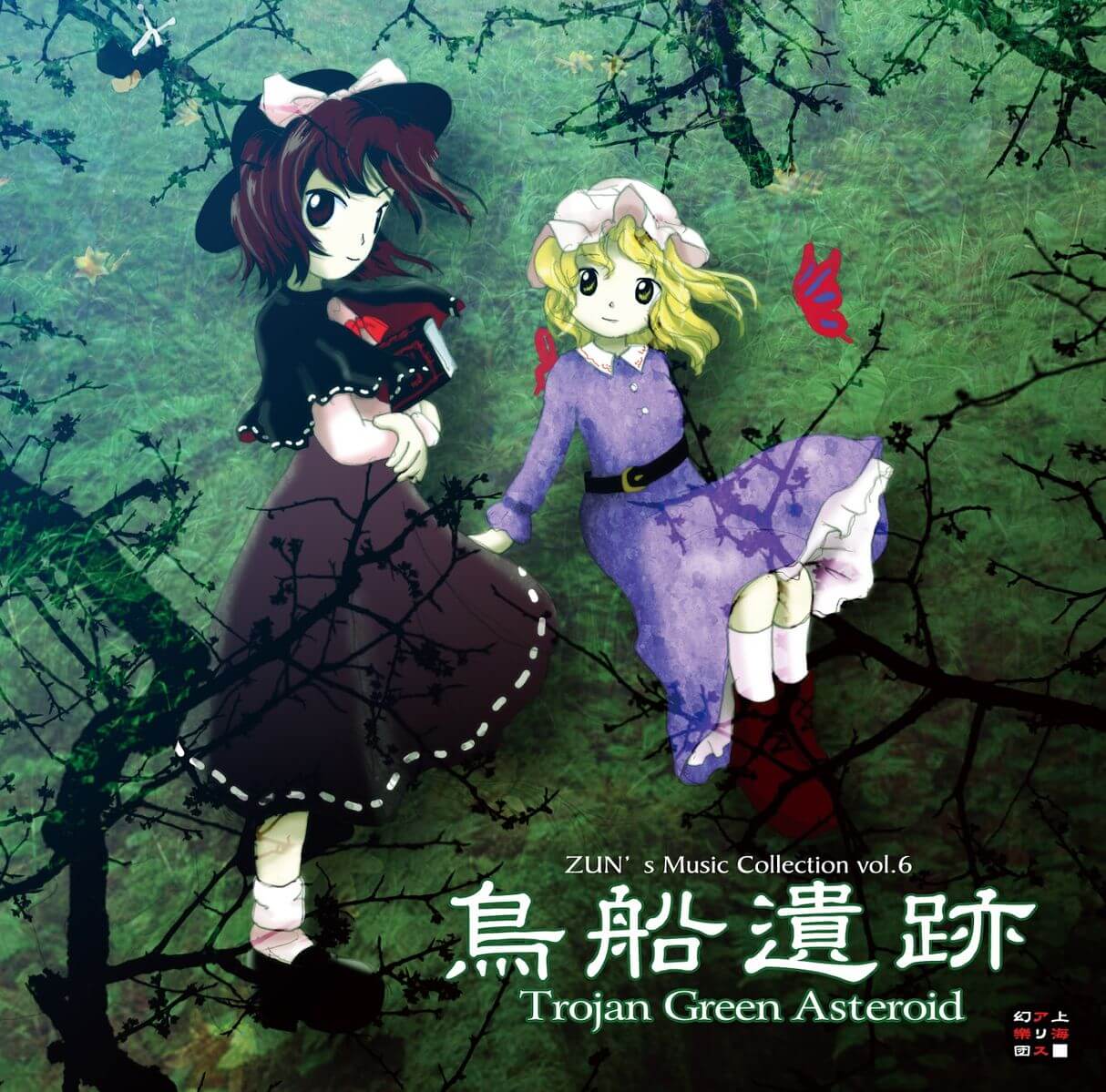 Trojan Green Asteroid is another story with the central idea of space travel. Satellite TORIFUNE is a failed government project, a ruined satellite suspended at a Lagrange point, that was meant to cultivate plant and animal life in a confined zero gravity environment, to study the possibility of terraforming. Not Mars or Venus, something which could only occur in science fiction, but Earth itself. This grants us another chilling realization about the future these two live in. However, onboard that satellite, is a torii gate, an entrance to a shrine to Ame-no-Torifune, a god their futuristic society still relies on for safety in space-travel. Using that gate, the Hifuu club enters the Satellite in Maribel’s dream to find it now teeming with fantastical life, all having adapted to zero gravity. However, Maribel is attacked by a chimera, and sustains a wound–one which stays with her when she awakes. 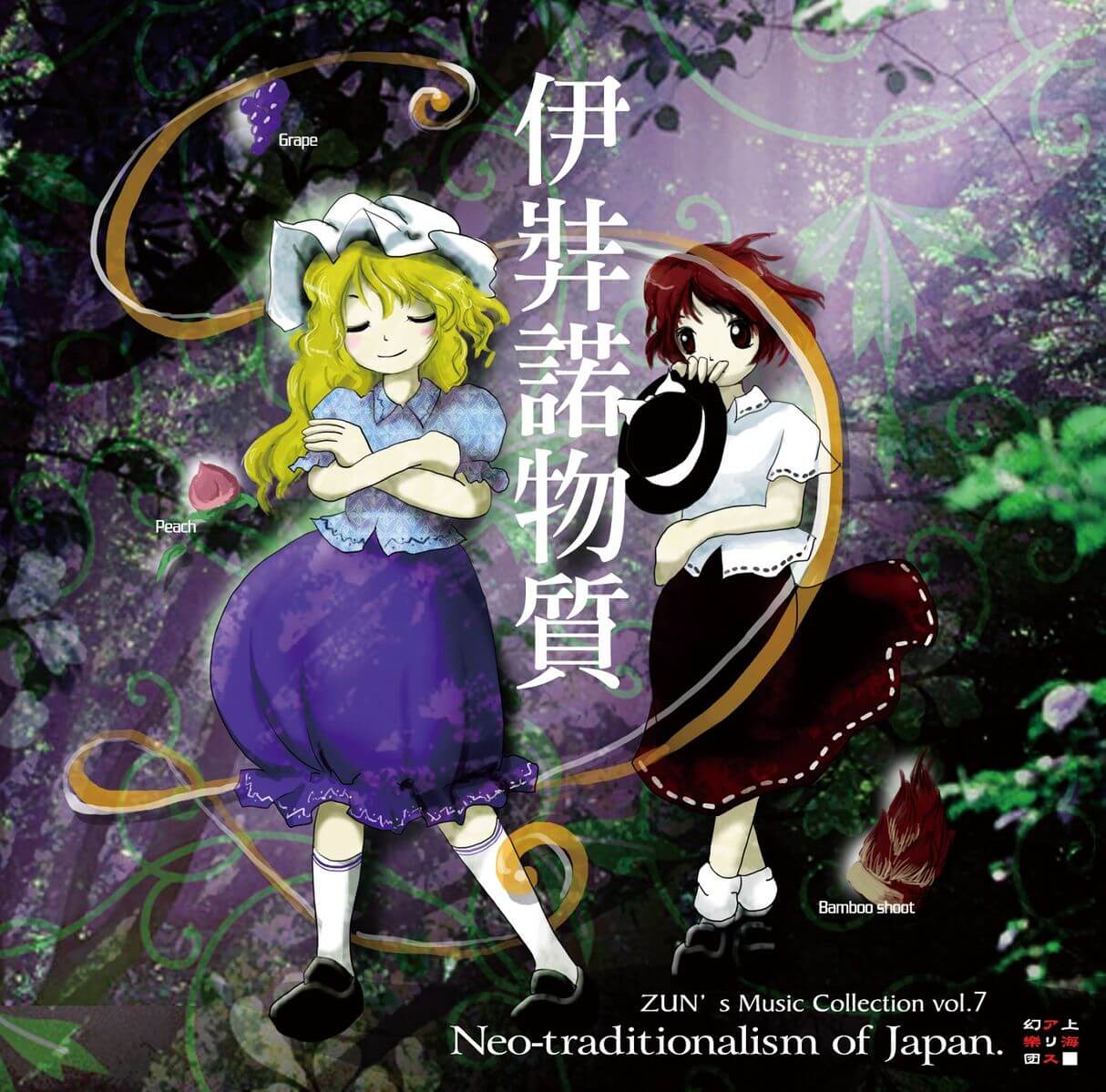 Neo-traditionalism of Japan follows up directly after the events of Trojan Green Asteroid, Renko visiting Maribel after her release from a sanatorium. It seemed Maribel became infected by a virus from her wound on TORIFUNE, and the resulting fevers and visions had her diagnosed with a psychological anomaly. After all, the virus wasn’t one the doctors knew of on Earth. The story itself covers many themes familiar to Touhou, hence the name of the album, such as humanity’s modern relationship with the divine over the years, and locations such as Paradise and Hell. This was because Maribel’s ability had grown stronger, and she had seen and visited places in her dreams, now even bringing back souvenirs. One such souvenir was a curved stone from a cave filled with noxious gasses, something from the time of the gods. An “Izanagi Object”. 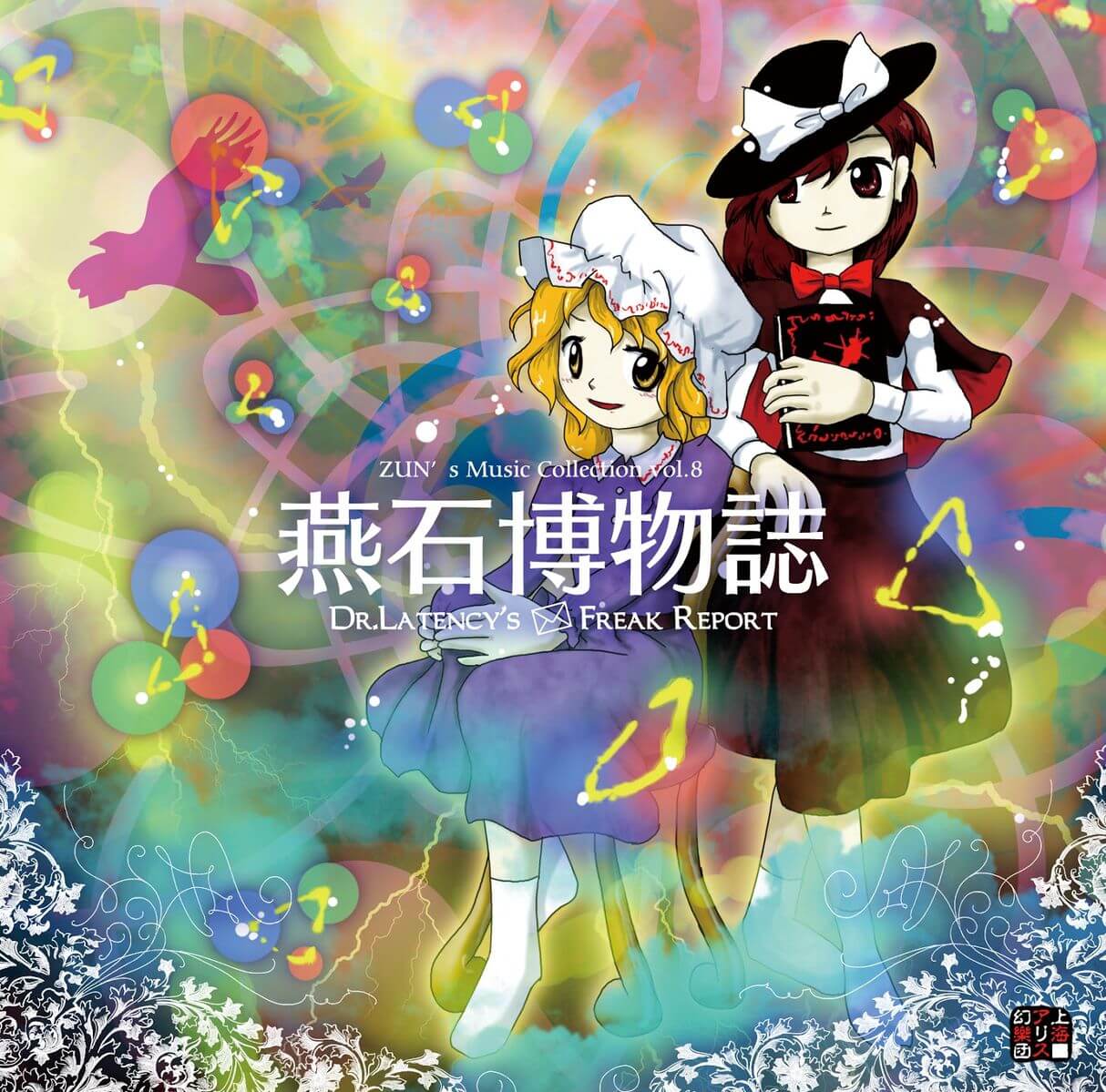 Dr. Latency’s Freak Report details Maribel’s and Renko's project of journaling and cataloging their club’s experiences in a fanzine, under Maribel’s pen-name “Dr. Latency”. The story, intriguingly, goes into the topic of youkai from a scientific(in the future) point of view. Youkai are beings that exist in brane worlds composed of fundamental different elementary particles (according to Maribel and Renko), and exist in the same place as us, but in a different world. 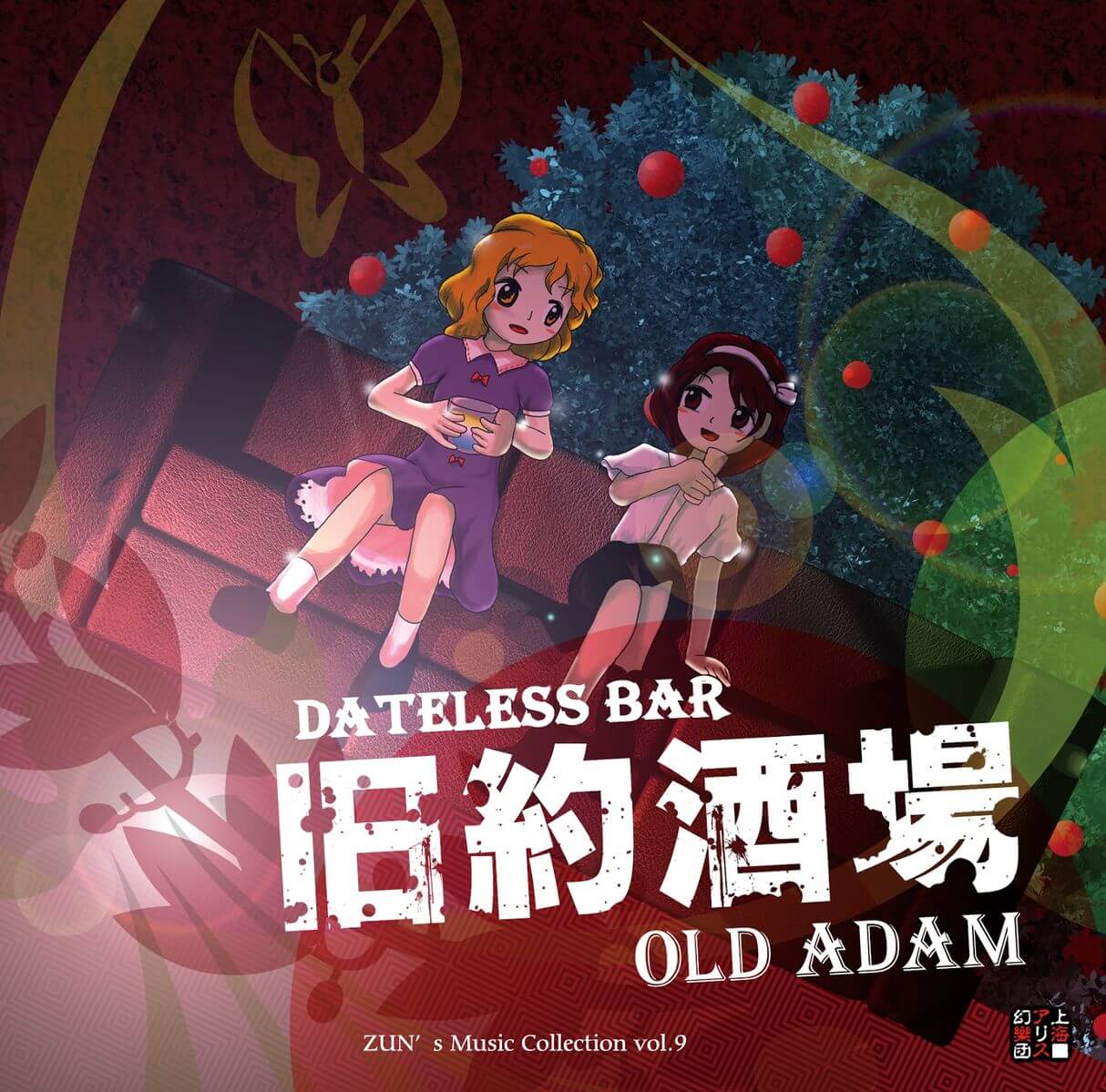 The latest installation of these works is Old Adam Bar. This is another follow-up type work, where we learn the name of the fanzine the two produced, “Swallowstone Naturalis Historia” and its success and proliferation within the occult community. Renko hears of a bar frequented by the buyers of their fanzine, and so they go to that place, where others who have seemingly shared similar experiences to those that Dr. Latency wrote about gathered. They went to both confirm the truthfulness of those people, and to hear about the other stories themselves.

ZUN continues to produce these CDs, the latest being a short three-track album unaccompanied by a story, Rainbow Colored Septentrion, its first work dedicated to the wolves of the Tabayama Village, similar to also three-track CD Unknown Flower, Mesmerizing Journey, which was dedicated to the tragedies of the 2011 Tohoku earthquake. These two albums both have Maribel and Renko on their covers. Please give these all a listen, and a read, if you can!

One thing of note is that there are probably several connections you were able to make to familiar locations, characters and events that were mentioned. First, they visited the Netherworld with its cherry blossoms. The red mansion on the shimmering lake was the Scarlet Devil Mansion, and the maid who greeted Maribel, most likely Sakuya Izayoi. The bamboo forest being, well, the Bamboo Forest of the Lost, and the fiery girl with flaming wings, Fujiwara no Mokou. Magical Astronomy makes a reference to the method Yukari Yakumo uses to invade the Lunar Capital in Silent Sinner in Blue. One that only paid off recently, was the location Maribel visits in Neo-traditionalism of Japan. A cave filled with noxious gasses, from which she takes a curved stone. A magatama made by Misumaru Tamatsukuri from the anoxic mines within the Rainbow Dragon Cave of Unconnected Marketeers.