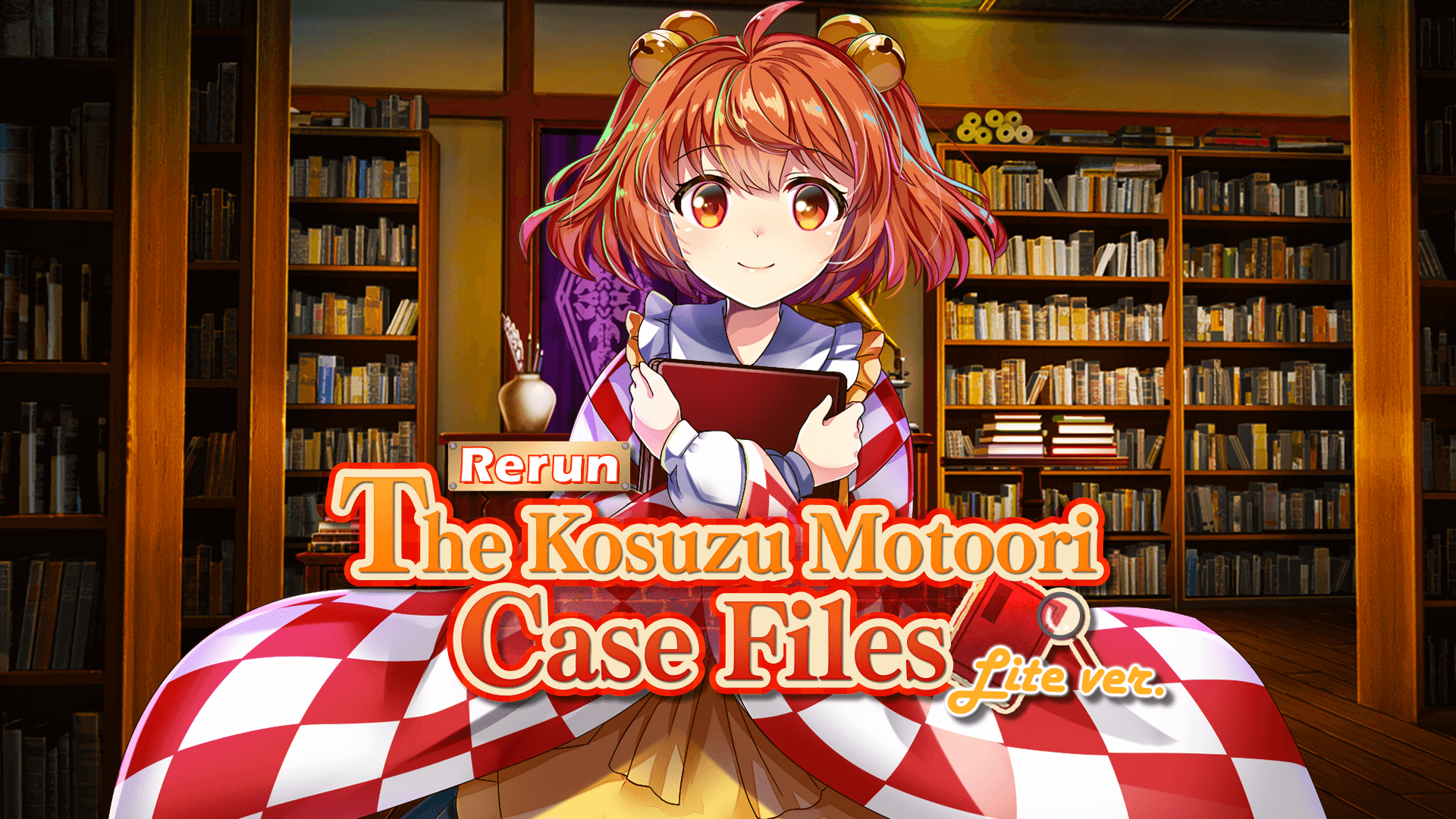 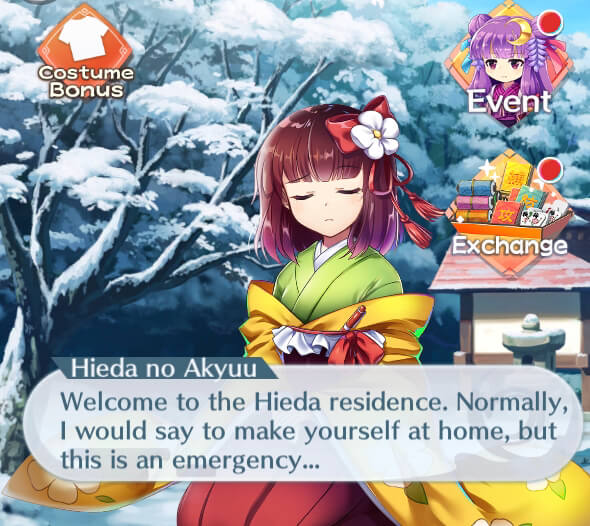 It's mystery time for Gensokyo! How can a mystery in a mysterious place such as Gensokyo occur, you may ask? Well, if something went missing, of course! Hieda no Akyuu requests help from the Hieda residence, and the most natural picks are some of the smarter people within Gensokyo: the three magicians Marisa Kirisame, Alice Margatroid, and Patchouli Knowledge. Byakuren Hijiri was likely too busy with her temple teachings to participate in a detective case. Will the mystery be resolved as easily as an incident? And will there be a way for Kosuzu Motoori and Akyuu to help out?

Naturally, a mystery requires interrogations with many of suspicious and tough faces. In terms of LostWord events, that means that the ordinary enemies and bosses will have unique titles of them to relate to the event story's events. Additionally, the detectives will get paid in event points that can be traded for rewards unique to this event. This article will compile all of the unique text and items available over this event, as well as have a small reflection at the end.

This article goes over the appearance of everyone throughout the event battle stages, meaning spoilers for character appearances will be present. However, summarizing the stories of each event section will be avoided this time around and the structure of this Event Gallery will differ from previous ones, as will be explained below.

Unlike future events (which translates to after the fourth event, The Little Sister Contest), every generic enemy, such as fairies and spirits, share the same titles between difficulties, making them rather generic (if being an unnamed enemy wasn't enough). However, the enemies make up for this by being named after certain mystery-related tropes and twists. So instead of looking at each stage and what enemies they include, the theme related to each opponent and their names will be listed, followed by all of the unique Friends.

As a note, even more unique opponents appear on Lunatic difficulty, but are focused more on gameplay changes over personality (ex. Freeze Breaker Fairy/Phantom), so they are not listed below.

Fairy Maid: Unfortunate maids of the Scarlet Devil Mansion that are shot down just for being potential witnesses.
Little Devil: More residents of the Scarlet Devil Mansion that are stepped over while investigating the mansion.
Fairy: ...yes, there are a lot of Fairies. They are the main generic enemy throughout the event. The table spreads them out in 3 main rows for having related themes: being named after methods of murders and criminals, those involved with the investigation, and...are those types of books?
Phantom: Spirits in the Netherworld named after tricks involved in mystery novels. Hey, do you think they are describing the ways that they were killed...?
Spirit: More spiritual entities that suggest ways to solve a mystery. Rather helpful, but sadly they must be shot down with bullets.
Big Fairy: A much smaller group of fairies that are joining in ways to obtain information during a mystery.
Crow Tengu: Tengu from the Youaki Mountain that are looking into ways to solve a mystery. That's nice and all, but I wouldn't trust them in an honest newspaper report of the case... 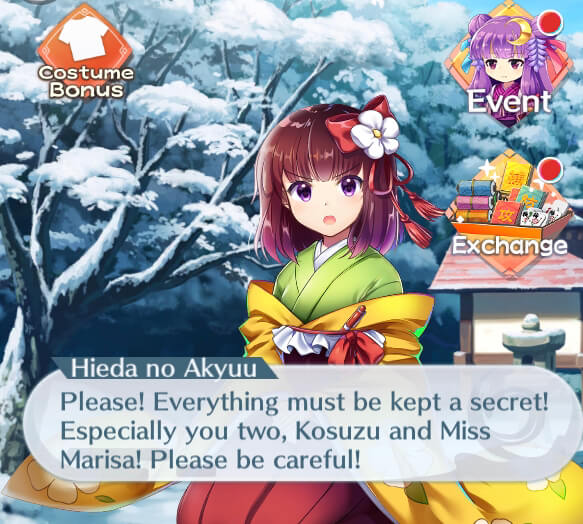 Event P: Points denoting the proficiency of Kosuzu's and the others' detective work. Akyuu is keeping tally in secret.
Rare Event P: All detectives need a magnifying glass. Though not many clues are ever actually found with one... 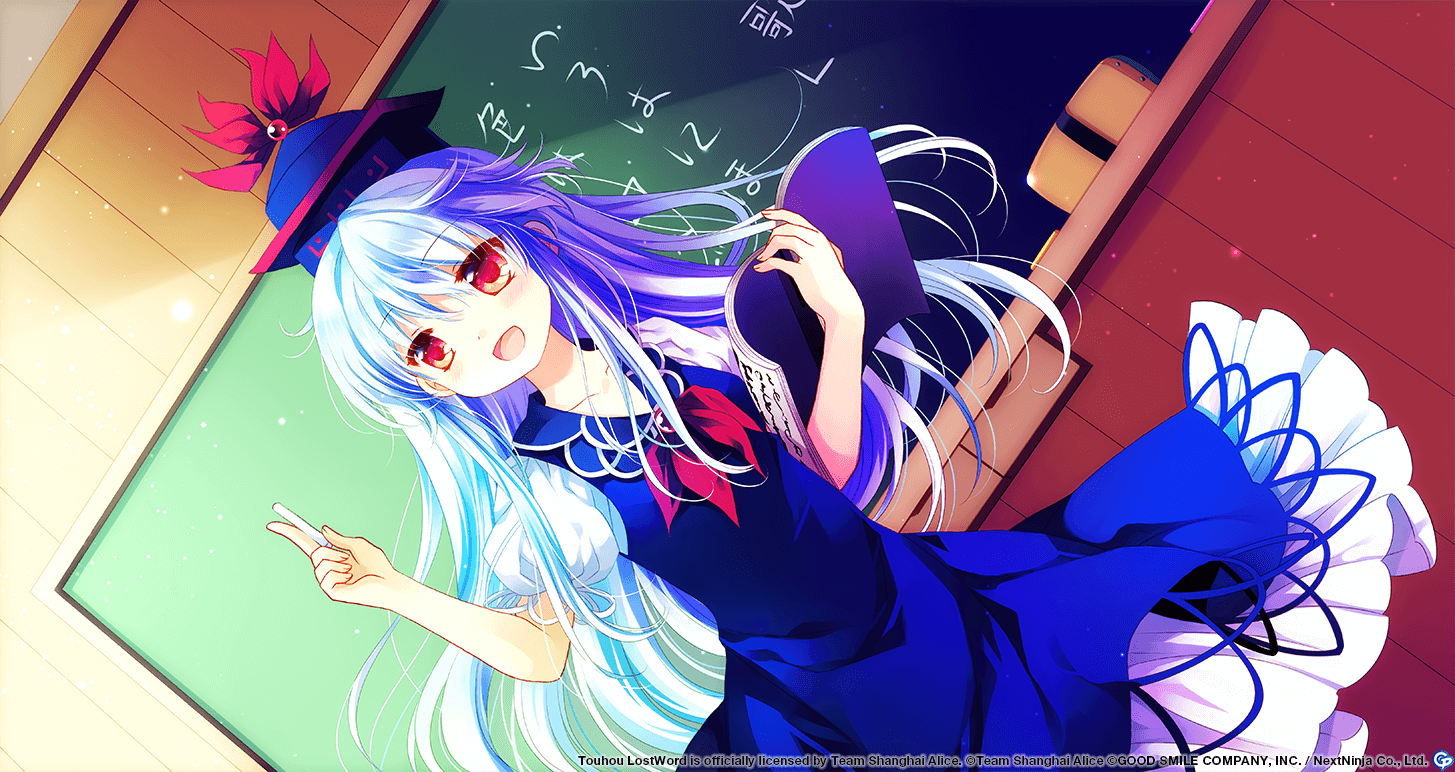 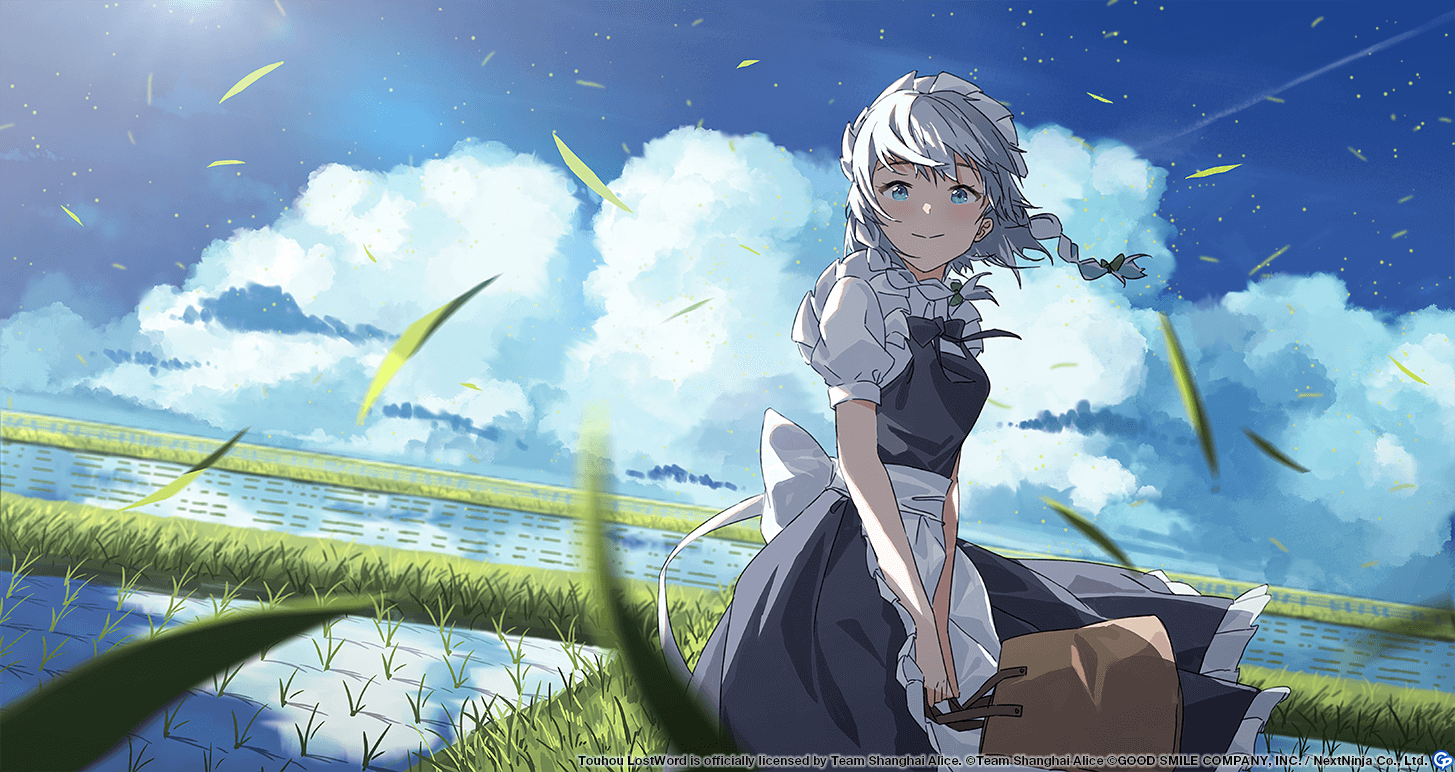 A Perfect Day for Errands

Favorite Generic Enemy: No-Element Crow Tengu (Detective & Culprit Tengu) - The name of this tengu just feels so out-of-left-field when compared to the rest of her tengu crew that are at least pretending to be good-natured. This one literally admits to being a culprit of whatever she attempts to solve, and that is just in-character for a reporter tengu.

Favorite Boss: Kaguya Houraisan (Sheltered Detective/Moon Deduction/As Clear as Night!) - Kaguya being able to take a page out of her favorite mystery novels and finally put her intellect to the test is a cute and rather rare sight of her...even when it just turns out to be a good excuse to antagonize Mokou more. 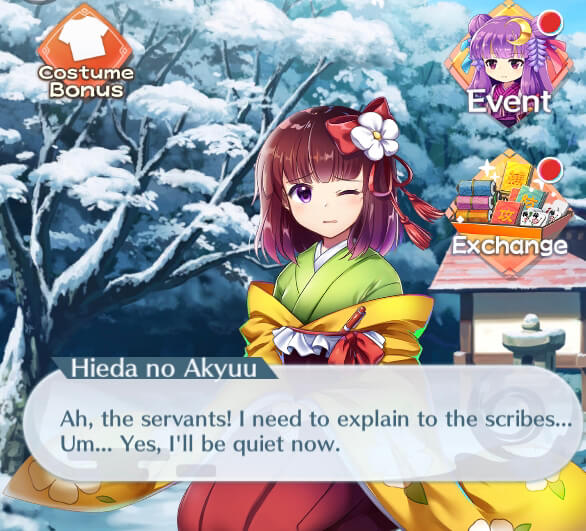