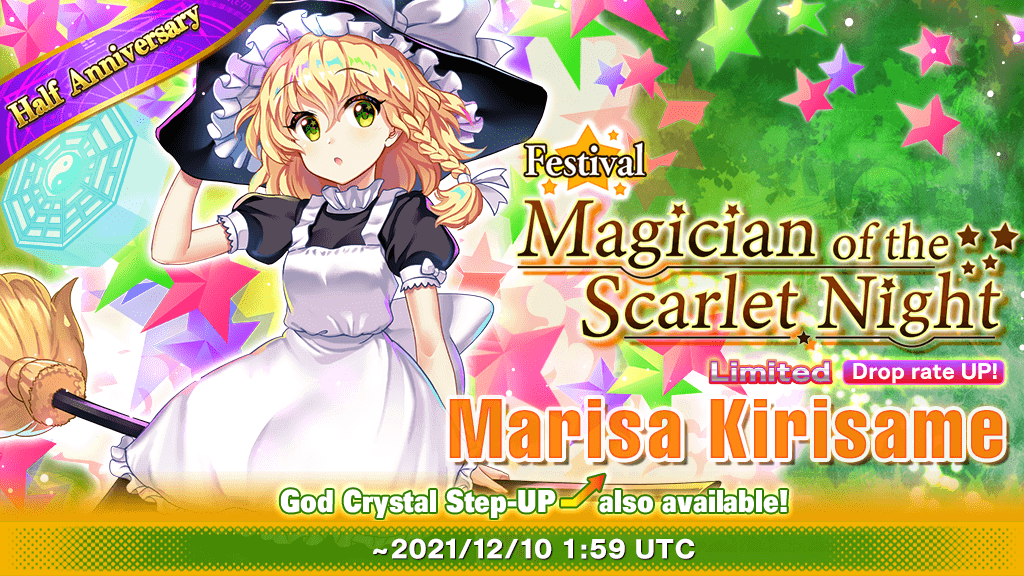 If you’re looking for another All targeting nuker, the powerful DEF DOWN support for your CRIT & Killer attackers, or just plain love Marisa, this is the banner for you. Marisa Kirisame (Scarlet) brings a whopping 4 levels of CRIT DEF DOWN between her skills and attacks, and her damage’s top tier as well, if a step behind the strongest of attackers.

This is a Festival banner - this Marisa uses normal Paper Dolls, has the normal spark requirement, and will not join the general pool. 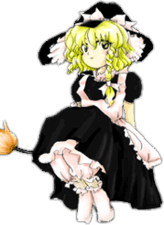 How Marisa used to look like (in Embodiment of Scarlet Devil). ZUN's gotten quite good at art over the years, check out Unconnected Marketeers, the latest in the series, for a example! 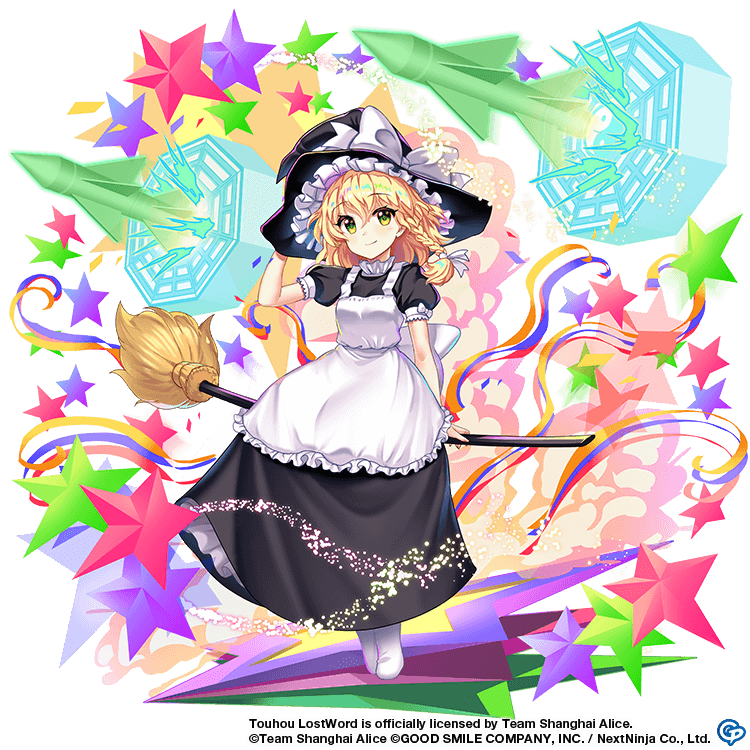 -Doesn’t quite hit the damage levels of other meta units 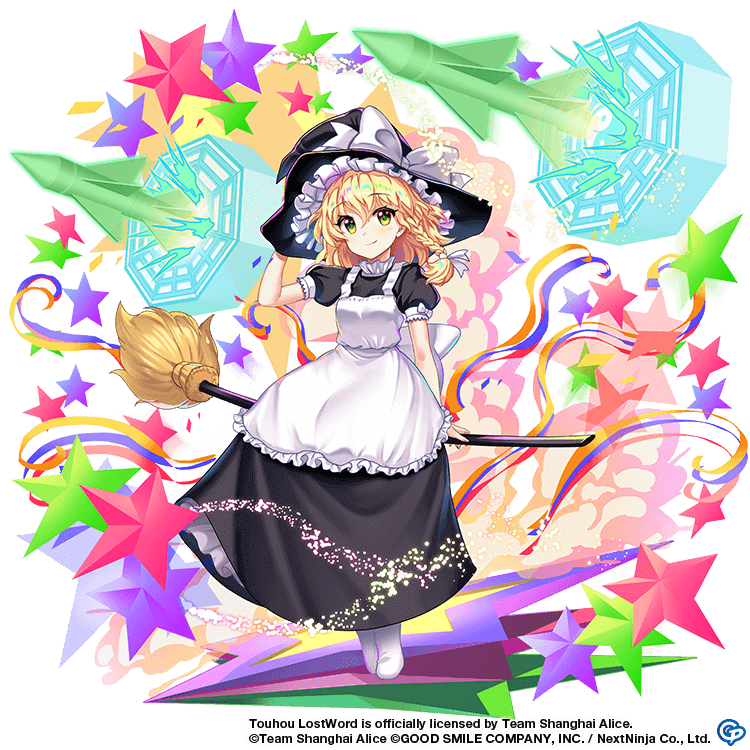 Hailing from a land where she and Reimu have failed to resolve the Scarlet Mist incident (as featured in Embodiment of Scarlet Devil, the game which started modern Touhou), this version of Marisa is still sharpening her skills. Her Spell Cards are experimental and prototypes, but she’s still raring to go, Mini-Hakkero blazing, shooting first and asking questions later. Still, she’s less selfish than some other versions of Marisa, as a supportive nuker. She’s also wearing socks and not shoes, for some reason…?

The cornerstones of Marisa Kirisame (Scarlet)’s kit are her skill Borrowed Grimoire and All targeting Last Word, Prototype - Blazing Star. Each lowers all targets CRIT DEF by 2 levels for 3 turns, letting her inflict a staggering 4 levels of CRIT DEF down against every enemy. Whilst she can take advantage of it herself with her Youkai killer, this is particularly stellar when paired with other CRIT or Killer focused attackers. Otherwise, the rest of her kit’s all about attacking - starting with her skills, her character ability gives her 1 level of Yang ATK UP (1T) for Boosting and Agility (1T) for Grazing, alongside an additional 20% damage UP to effective elements - meaning anyone weak to her will fall over real quick. Hidden Items provides 2 levels of Agility UP (3T) for her entire party, Rusted Mini Hakkero provides 1 Spirit Power UP and 2 Levels of Accuracy UP (3T) for Marisa, and Borrowed Griomire gives Marisa 2 levels of Yang ATK UP (2T), a further 2 levels of Agility UP (3T) for her whole party, and the prior mentioned 2 levels of CRIT DEF DOWN (3T).

Meanwhile, whilst her attacks may be experimental, they pack a huge punch. Magic Missile (Scarlet) provides 1 Solo targeting Fire Break for 0 Spirit Power, making it very spammable. Magic Sign: Stardust Reverie provides an above average 1/1/3/4 All targeting Star Breaks for 0/1/2/3 Spirit power, and grants Marisa 2 levels of Agility UP (3T) and inflicts 2 levels of CRIT Evasion DOWN (3T) - the former is only really noteworthy in longer fights, and compliments the Spell Card’s 50%/0%/0%/0%/50%/60% Slicing scaling well. The beta version of Master Spark, meanwhile, is no slouch either - Love Sign: Proto Spark doesn’t quite have the control yet to be All targeting, but it still inflicts a solid 3 Fire and Star Breaks for 3 Spirit Power, alongside raising her Agility by 2 levels (3T) and inflicting 2 levels of CRIT DEF DOWN (3T) - complementing both its 40%/0%/50%/0%/50%/0% Slicing scaling, as well as its solid Youkai Killer. Lastly, Prototype - Blazing Star is reckless enough to lack the Solo targeting finesse of its finished version, instead being an All targeting nuke with a ton of buffs (3 levels of Yang ATK UP (3T), 2 levels of Agility UP (2T)) and the prior mentioned 2 levels of CRIT DEF DOWN (3T). Between its 90%/100%/100%/0%/0%/0% Slicing scaling and the Youkai killer, it’s a devastatingly strong Last Word perfect for farming and harder fights alike.

Overall, whilst this version of Marisa may be getting dunked on by Remilia still, that’s more a testament to how powerful the Remilia of her world must be. She’s an incredibly potent attacker with great support for CRIT and Killer attackers - just watch out for her lies, she hasn’t quite broken out of that habit yet.