Hi Friends! We’ve got a shiny new login bonus giving out a brand new Story Card, the Reitaisai login bonus! Veterans of the series might already know what this is about, but for our newer Touhou fans, here’s what it’s all about.

The Annual Hakurei Shrine Grand Festival, known in japanese as Hakurei Jinja Reitaisai, is a biyearly convention that focuses entirely around the Touhou Project series. It started in 2004 as a way to distribute trial versions of two official upcoming games (Imperishable Night and Immaterial and Missing Power). However, it was so popular (having a whopping 114 groups participating in its introductory year) that it then became a yearly occurrence, once every April or May. Yet with how absurdly popular the series is, just once a year wasn’t enough, and so in 2010 a second Retaisai was born, held every autumn (typically in October).

Over the course of the convention, various groups (also known as circles) gather to sell their Touhou Project merchandise - which can run the gamut from games to plushies to music to clothing and more! Team Shanghai Alice and Twilight Frontier, the two official developers, will also release official games at these events. Yes, this does mean most of the groups are completely unofficial - Touhou Project has a rather loose relation with copyright, and anyone’s allowed to make and sell products based on the series as long as they follow ZUN (the creator of Touhou)’s official guidelines. This doesn’t mean it’s a wild west, anything goes, but as long as you follow the guidelines you can do whatever you want.

Additionally, every year the event releases a catalog documenting which groups will be at the event, which also doubles as the ticket to enter the event. The illustrations to these catalogs are always gorgeous, and the illustration on the cover this time is what’s on the Story Card. This time around, LostWord also got an ad within the catalog, which you can check out in the image below. Finally, if you want a idea of what Reitaisai’s like, you can check out a trip report here!

The effects of the Story Card are as follows:

When Spell Card is used, own Accuracy 1 level UP (3 turns).

When Spell Card is used, DMG from dwellers of Gensokyo 10% DOWN (3 turns).

If you're looking for a place to use it, the Story Card is a pretty solid budget option for Meiling. 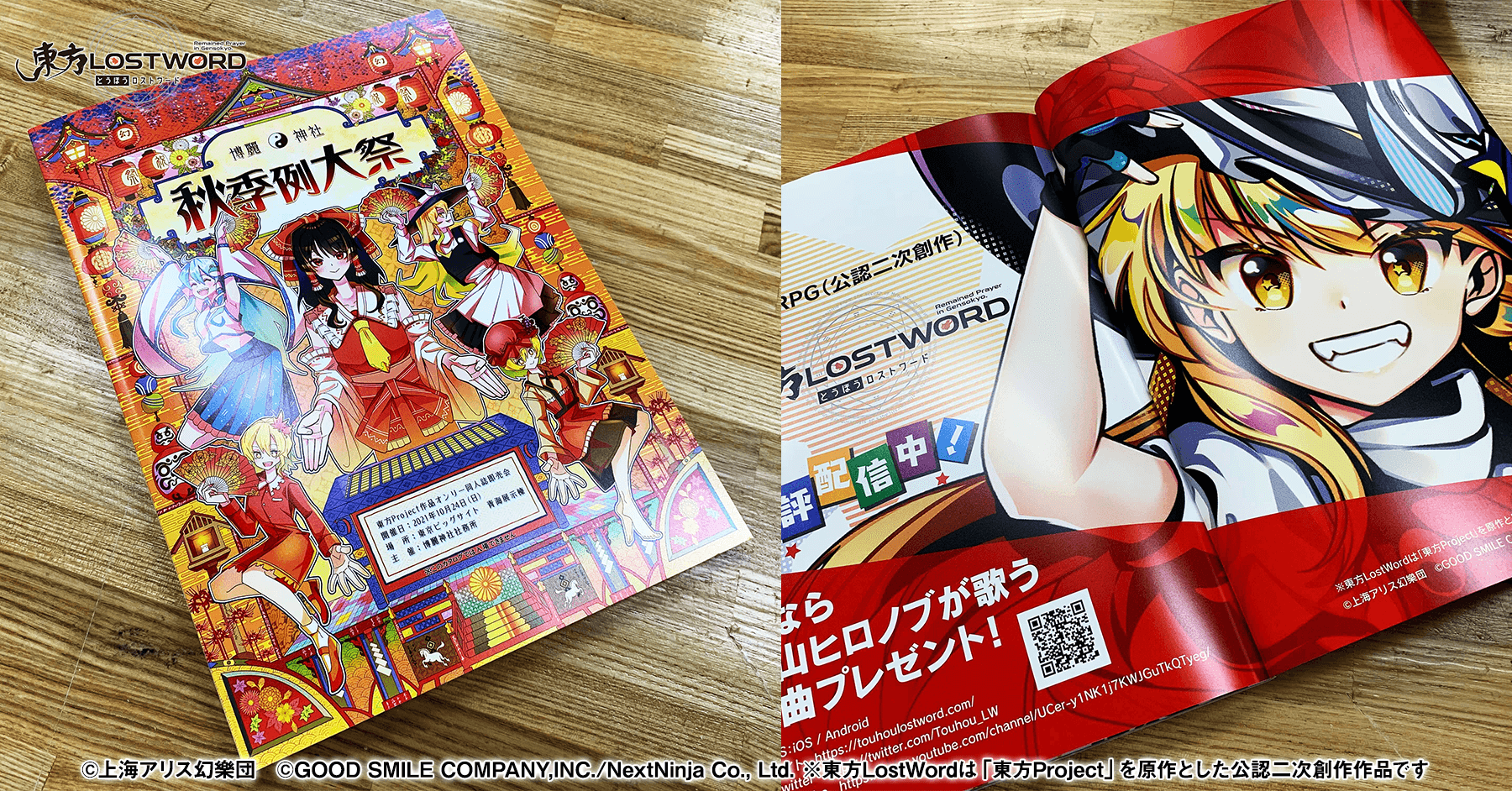