Should You Pull? Festival: Ice Fairy of the Scarlet Night 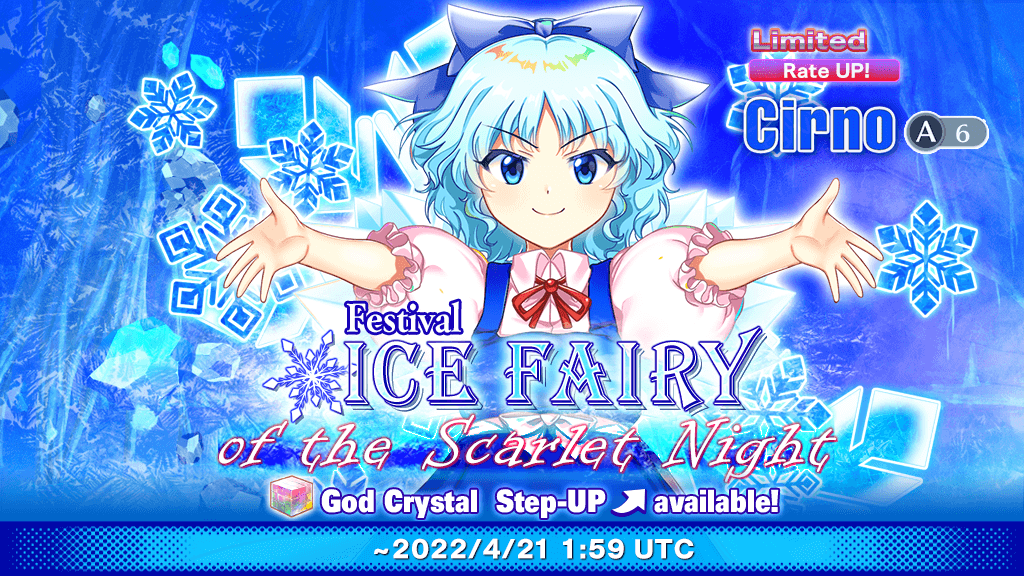 No. Cirno (Scarlet) is already running against very powerful contenders, and it doesn’t help that she is on the weaker side of A-Type Friends. While B2 Junko, Miko and Yoshika, Spring Festival of Swords, and 300 Seal Crystal Ultra Festival are just on their way out, that only means the dust settled for the better units available. B3 Reisen Udongein Inaba and Sanae Kochiya are around as the higher meta picks (with Sanae pulling off Cirno’s CRIT support in an unarguably better way), Byakuren Hijiri (Fantastic) is just a better Friend overall, and the Moon EX Festival is just more relevant in terms of picking up helpers for the Moon EX Battle Stage.

Some may think that A6 Cirno will be perfect for the eventual Water EX Battle Stage, but her Water really isn’t going to turn many heads, even if her elemental breaking is alright. This Cirno is still strong, but pales in comparison to what else is currently around. Perhaps go for her if you want a great amount of Freeze anomalies, or if you really like the fairy or the A-Type Multiverse Friends. 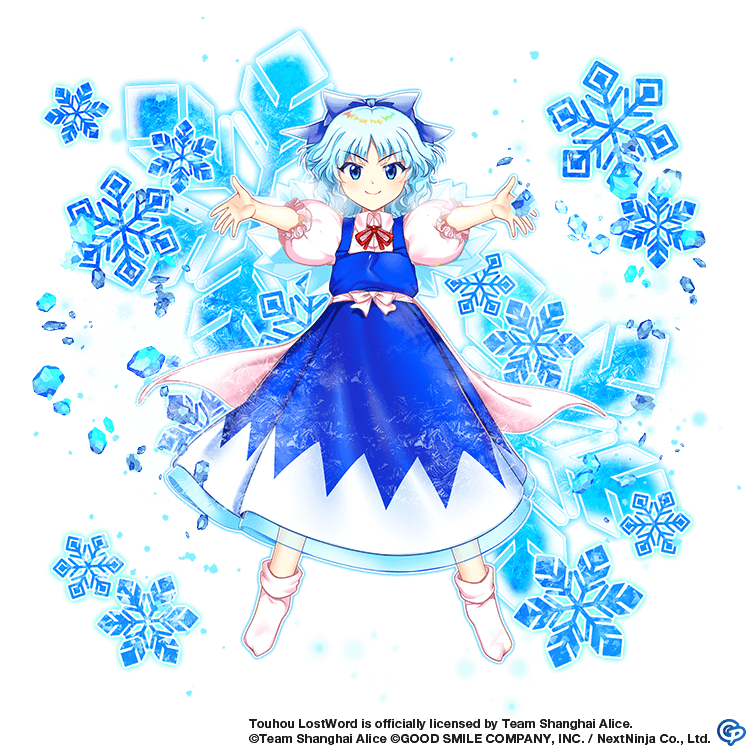 + 0P All-target Water on spread shot
+ 4 to 5 easy Freeze anomalies in a single turn
+ A good amount of debuffs: Yin DEF, CRIT DEF, and Evasion
+ Self-Quick makes her a reliable debuffer before the attack-focused Friends hit
- Freeze anomaly break locked at 3P of a Solo spell card
- Needs a lot of Spirit Power to function and just cannot make that herself
- Damage is underwhelming in general
- Last Word and Skill 3 debuffs lasting 1 turn can be annoying 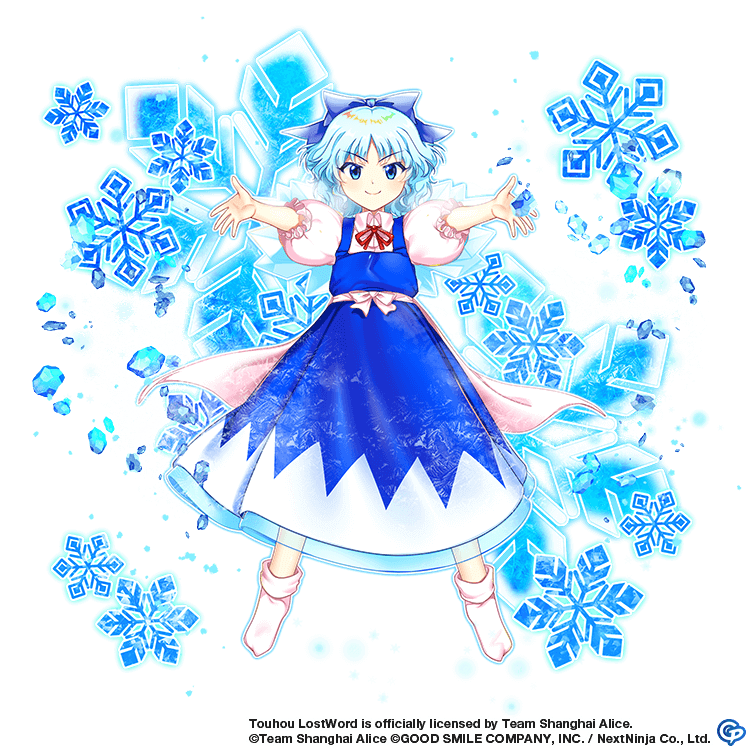 Cirno is one of the most iconic and popular faces from Touhou Project. It’s a bit strange, because while she did debut alongside Sakuya Izayoi, the Scarlet sisters, and other timeless characters in the first Windows game, Embodiment of Scarlet Devil (Touhou 6), she was merely a stage 2 boss that the incident resolvers stepped right over without a second thought. Cirno herself seemed more focused on being stronger than the humans over being worried about the Scarlet Mist Incident. Even when humiliated once, Cirno didn’t give up and struck back in Perfect Cherry Blossom (Touhou 7)... as a stage 1 midboss. Even with an endless winter and the elements in her favor, Cirno could not catch a break.

However, Cirno's popularity did not stay unrewarded for long, when Cirno starred in her own game, Great Fairy Wars (Touhou 12.8). After the Three Fairies of Light (Sunny Milk, Star Sapphire, and Luna Child) destroyed Cirno's igloo, Cirno declared war all by herself and challenged all fairykind, even her friend Daiyousei. What’s even more strange than that is that… well, she won, even surprising Marisa with how strong she was! Then, Cirno would also join the playable cast in a mainline game, Hidden Star in Four Seasons (Touhou 16)! However, let’s back up a bit, as A6 Cirno is purely based off of EoSD. We know her potential, so how far does she take it in LostWord?

Cirno starts off relatively strong with a 0P Water spread shot, Hail Core, that can even target all opponents! As for her spells, her first spell, Hail Sign: Hailstorm, inflicts 2 levels of Yin DEF and Evasion DOWN (2T), along with having Melting at 3P, allowing her to break any Freeze anomalies on the target. This synergizes well with the 2 Freeze anomalies (or 3 if you win a 50% chance) she casts on all opponents after using her second spell, Snow Sign: Diamond Blizzard. While it is unfortunate that Hail Sign: Hailstorm is a Solo-target anomaly break while the rest of Cirno’s kit inflicts Freeze to all targets, she can still break the anomalies decently and be supported by other Freeze anomaly inflicters. Last but on least, her Last Word, Permanent Red Ice Fog, takes some inspiration from the Scarlet Mist Incident, combining a mix of Water and Fire breaks alongside 2 levels of Yin DEF and CRIT DEF DOWN (1T) on all foes.

Cirno’s skills continue to solidify her purpose as a Yin and CRIT debuffer. Freshwater Iceberg is a helpful first skill that inflicts 2 more Freeze anomalies for anomaly breaking. Her second skill, Superfluidity, mainly stands out for its Quick status, allowing Cirno to go first and applying her Last Word’s debuffs before stronger Friends can finish the job. Zero-Point Motion, Cirno’s third skill, is another debuff-heavy skill, both increasing her CRIT ATK by 2 levels (2T) for her Killer bullets and decreasing Evasion and CRIT Evasion of all targets by 2 levels (1T). The debuffs are definitely helpful, but Permanent Red Ice Fog and Zero-Point Motion only lasting for a single turn can be somewhat inconvenient for dealing damage outside of a one-turn burst.

The rest of A6 Cirno’s kit is rather unimpressive. She is immune to Freeze anomalies and increases her Yin DEF by Grazing to slightly increase her Hard scaling on her Last Word, but the damage dealt is still just mediocre. Without a method to increase her Spirit Power by herself, it can be difficult for Cirno to access all of her elemental breaks or even her Freeze anomaly breaks outside of help from Friends or story cards. Still, Cirno is a decent source of support through debuffs and a few anomaly breaks, setting the foundation for someone who can be the strongest…another day, perhaps.