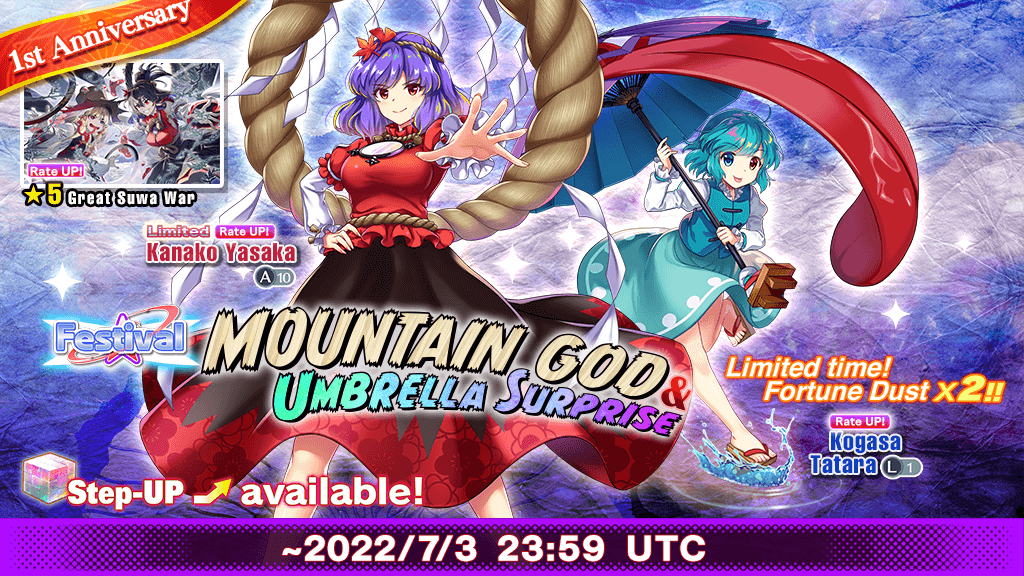 Maybe. Following the trend of releasing an A-Type Festival Friend along with a new General Friend, the two Friends with Ks- A10 Kanako Yasaka and Kogasa Tatara - make their debut along with a new 5* story card, Great Suwa War.

Kanako is mainly going to focus on attacking just like the Friends of the Attack Class Prayer, but considering she is a mountain god and the god of the Moriya Shrine, you can bet she will do her best to stand out. She covers several elements, especially Metal due to a 0P Metal Focus shot. She will even throw in team support in the form of Yin ATK buffs and CRIT ATK buffs and CRIT DEF debuffs to ensure all of the faith goes to her. Kogasa's uses are a bit lesser due to her lacking kit and selfish buffs, but she still makes as a good Water breaker. As for Great Suwa War, the card is mainly meant to provide extra Focus UP, but only for Defense Class Friends. This helps them take more attention off of weaker allies and even gives extra tanking thanks to an extra Barrier layer and defensive stat sticks.

The competition for this banner is relatively low, which makes up for the slightly weaker Friends this time around (sorry Kogasa, you're not that surprising this time...). The Ultra Festival Friends, B3 Watatsuki no Toyohime and B3 Kaguya Houraisan, are on their way out on June 24th, but E1 Sakuya Izayoi is definitely a solid contender that will be around until June 30th. This prayer somewhat has the benefit of being longer, lasting until July 3rd, but the value is still questionable enough that a future prayer could easily snipe this one's value.

As part of the 1st Anniversay, this prayer comes will all of the benefits. In other words, you have the classic combo of Ascending God Crystal Step-UP that provides 2x guaranteed Friends on the final step along with 2x Fortune Dust for an easy 20 Fortune Dust for only 60 God Crystals. Great Suwa War will be 50 Exchange Points to exchange for, Kogasa will cost 100, and Kanako will be 150. 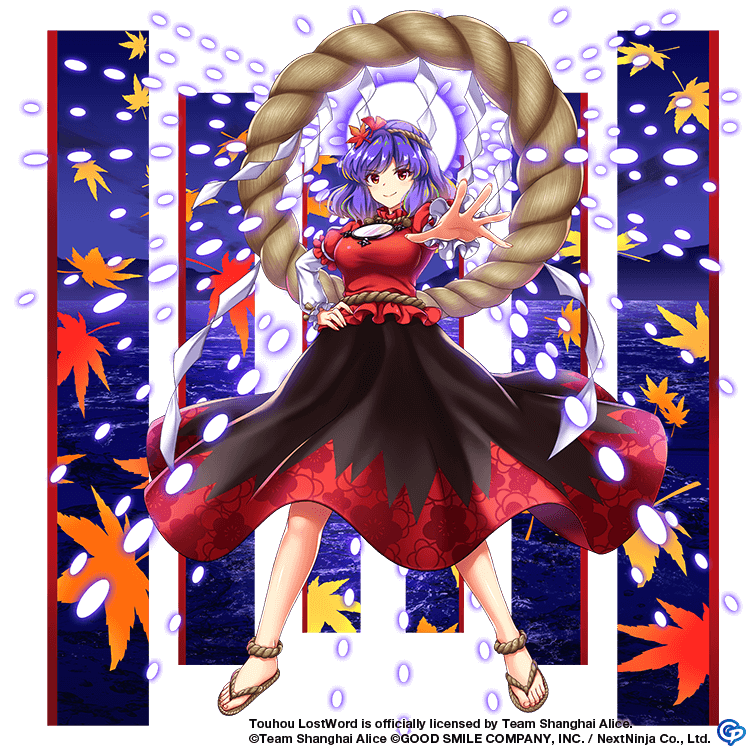 -Not much known story card farming she can currently do 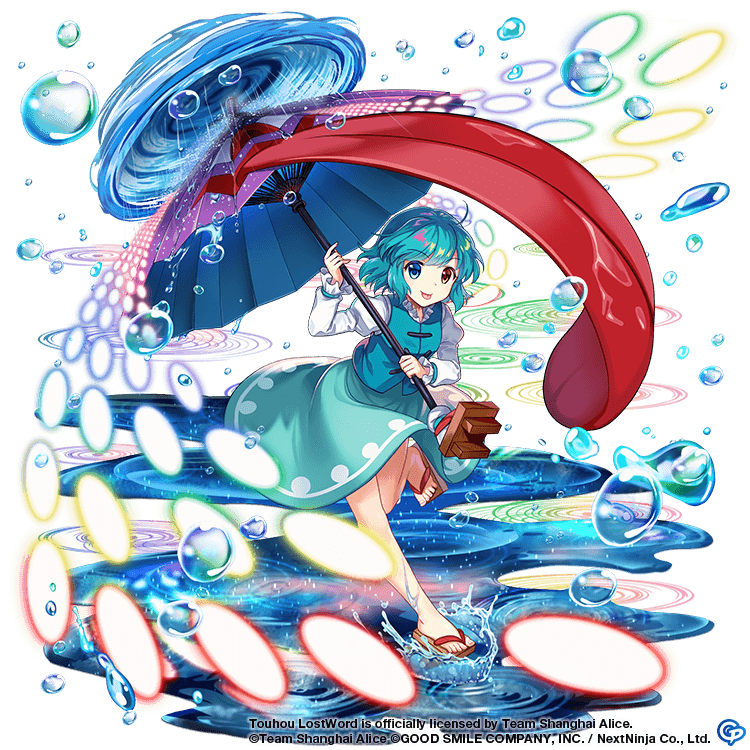 + Great Accessibility to Water Breaks including P0 Water on Spread Shot
+ Potential to break both Paralyze and Blind Anomalies of an Enemy via P0 Last Word.
+ Spirit P gain on both Spell Cards can be helpful
- Overall lacking a place in modern teams
- Struggles to make much use of self-inflicted anomalies on her own
- Killers are almost not present at all
- No team support 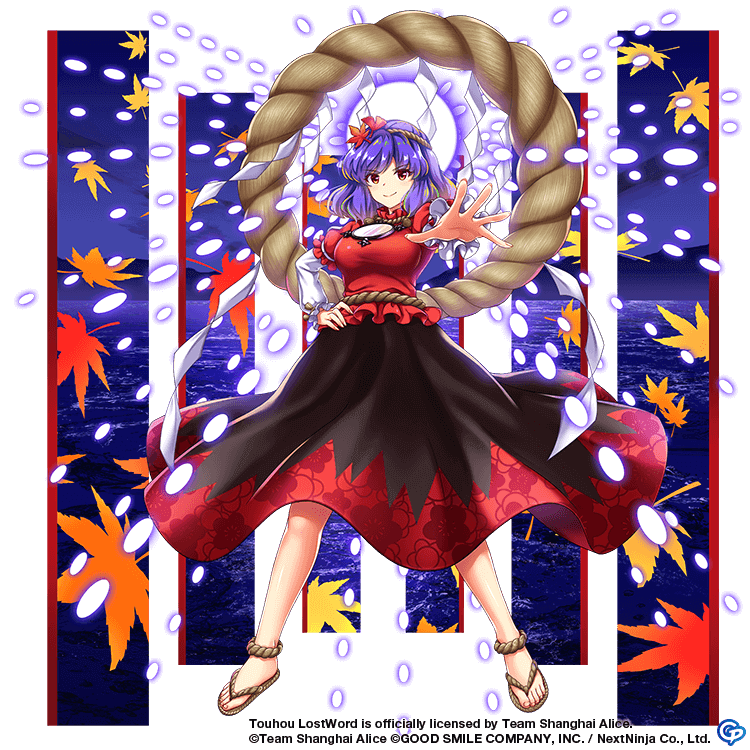 The Avatar of Mountains and Lakes, Kanako Yasaka(Faith) is a formidable god of Yamato who conquered Suwako Moriya’s kingdom by annihilating her opponent’s advantage of steel weapons through extending a vine to rust them away. However, Kanako was unable to tame the Mishaguji(curse gods) of the land, and was thus unable to garner the faith of the people, Kanako and Suwako settled on an agreement, Suwako acting as the true power of their shrine, while Kanako took over in name to gather faith. Kanako still commands Moriya shrine today with the same overwhelming authority and cunning with which she conquered it in the first place. She is a powerful leader and a strong friend.

Her value as a friend with Metal breaks also boosts her chances somewhat, as they aren't the most common outside of other Retro Festival and some Ultra Festival friends.

Her damage is great, and her Last Word Suwa's Dragon Faith is an absolute nuke at 3P, which also means she has 3 levels of Accuracy UP due to her Ability, Capable of creating Heavenliness which raises Accuracy as she boosts. Her Last Word therefore takes a turn to really shine, but her Yin ATK buffs are incredible, and on turn one with the right story card can reach 10 levels of Yin ATK UP. Alongside this are her CRIT ATK paired with her Killers, which include Human, God, Religous, Youkai Mountain, and Hakurei Shrine, all respectable targets. Her Hard scaling somewhat balances out her Last Word's back loaded nature, as its layout is 60%-80%-100%-0%-0%-100%. With this, she definitely proves that she has earned her title as the Avatar of Mountains and Lakes.

The breaks she provides are also valuable, as she has a 0P Metal All Focus shot, Satobiki, her Last Word has 4 All Metal breaks, and her second Spellcard has 2 All Wood breaks at 2P. Her spread shot has its elements allocated further back in terms of power and therefore won't be as useful, but they can't be dismissed. Her first spell card is Solo, but also provides 4 lines of Metal breaks. She also has Water, but it is very secondary to most her Metal breaks and slightly so on her Wood lines.

For an Attack unit she has some decent team-wide buffs, and applies a CRIT DEF 2 levels DOWN to the enemy team, with Rich Harvest Ritual. Her buffs to the team from her third skill High and Low Tide are Yin ATK 2 levels UP(2T) and CRIT ATK 3 levels UP(1T), making them short but sweet.

Kanako is an exemplary Attack Unit, with decent breaks, and middle of the line CRIT support. Her drawback is that she cannot buff the CRIT Accuracy of her teammates, or their Accuracy in general, so these CRIT buffs may fall to the sideline without some assistance. 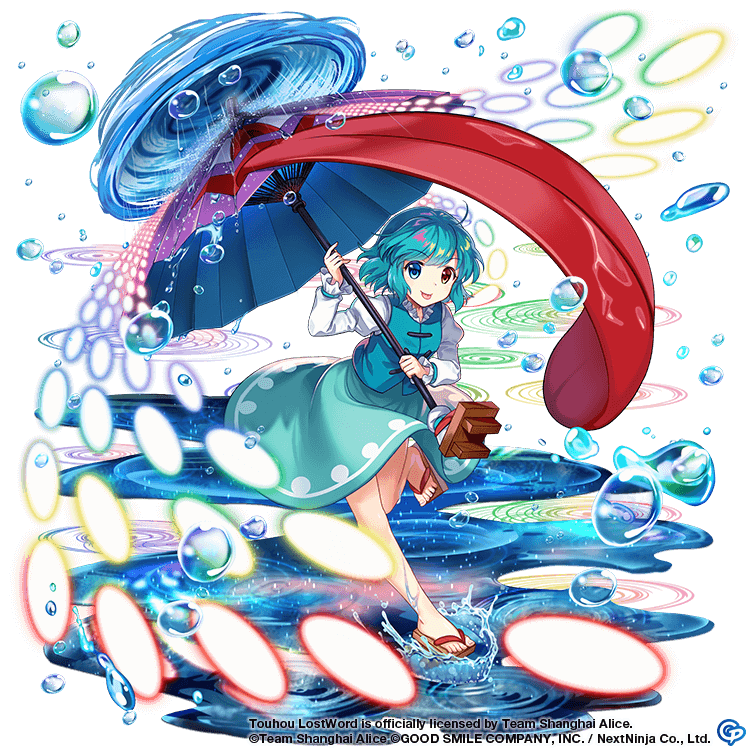 Kogasa Tatara is a karakasa obake who first appeared in Touhou 12: Undefined Fantastic Object. A karakasa obake is a kind of Tskumogami who are umbrellas with one eye and a massive tongue. Kogasa found herself in Gensokyo as a normal umbrella left deserted in the outside world and is known for her (mostly unsuccessful) attempts to scare and surprise others (mainly humans), and when they don’t work in her favor, it can be quite a downer for our turquoise haired friend. In a past incident, Kogasa attempted to scare the heroine, whether it be Reimu, Marisa, or Sanae, but this umbrella ended up being nothing more than a distraction from the heroine’s goal to track down a mysterious flying object. This karakasa obake might seem like a nuisance with her attempts to scare others, but she means well and wants to find purpose in life, so give her the opportunity to shine, and she will appreciate your acceptance of her!

In Touhou LostWord, Kogasa has a few surprises she can make use of, like her access to Water Breaks, which are very prominent in her kit, including P0 Water on her Spread Shot, Dripping Umbrella. While her Last Word, One-Eyed Dragon of Mt. Tado, isn’t quite as effective for particularly Water Breaking sitting at 2 lines of Water, it can do more in the breaking department, as it provides an extra 2 lines of Metal and the potential to break the Blind and Paralyze anomalies of an enemy of choice, without even needing to boost. Kogasa cannot inflict these anomalies onto an enemy by herself, but it’s handy with other teammates inflicting the appropriate anomalies. Kogasa does have an interesting way of garnering her own Spirit Power, as it can come from her Pre-ATK effects, rather than her Skills. Both Umbrella Sign: Lightly Falling Large Raindrops and Surprising Rain: Guerrilla’s Typhoon can increase Spirit P by between +0.50 and +1.00, depending on Awakening status. As for her Last Word, One-Eyed Dragon of Mt. Tado, it has the Pre-ATK effect of increasing both Yin DEF and Agility by +3 stages, regardless of Awakening status and lasting only 1 Turn. In terms of damage output, these buffs are actually beneficial for 2 of 6 bullet lines, as lines 2 and 3 both have Hard and Slice, all with a 100% Scaling conversion.

When it comes to Kogasa’s skill set, we have Storm Skipping that boosts her Agility by +3 Stages and gives herself a single layer of Paralyze, and Rain Forecast, boosting her Yin DEF, also by +3 Stages. Note that all of these effects so far last for 3 whole turns. White Fox Protection however, isn’t the same. It provides Kogasa a boost in both Yin and Yang ATK stats by +3 stages, but only lasting 1 turn, so you will have to be careful with how you go about this skill.

Ultimately, we can see that Kogasa is a very selfish buffer and lacks team support, but that’s not all bad. She can still do good damage for a turn with the perfect setup on her Last Word, with even some slight anomaly break potential. Speaking of anomalies, Kogasa likes to benefit from them thanks to her ability to scare humans, which she does make a bit of use of with her skills. With quite a handful of Water breaks, she can definitely be helpful when contributing to fullbreaking an enemy weak to Water, if the situation justifies it. Kogasa may not have any farmable Story Card stages in the books, but she definitely has the potential to be surprisingly helpful!

I need advice about GSSR
Hi!! I kinda want to roll on the GSSR but I’m not sure if it’s worth it for me,…
N-Drop Farming
Does drop here mean turns? I came across it reading servants reviews usually with 5 or…
Level 120 glowy particle effects missing on Saint Graph in NA?
Hey guys, is it just me or is it a bug? When a Servant reaches Level 120 in FGO JP,…
Ooku?
Now that Anni is officially here, any guesses on when Ooku will be? Are we estimating…
:bangbang: General Support Thread the 4th - Open to All
I’m glad that these threads are still doing well, even when I’m too busy to…
Read More