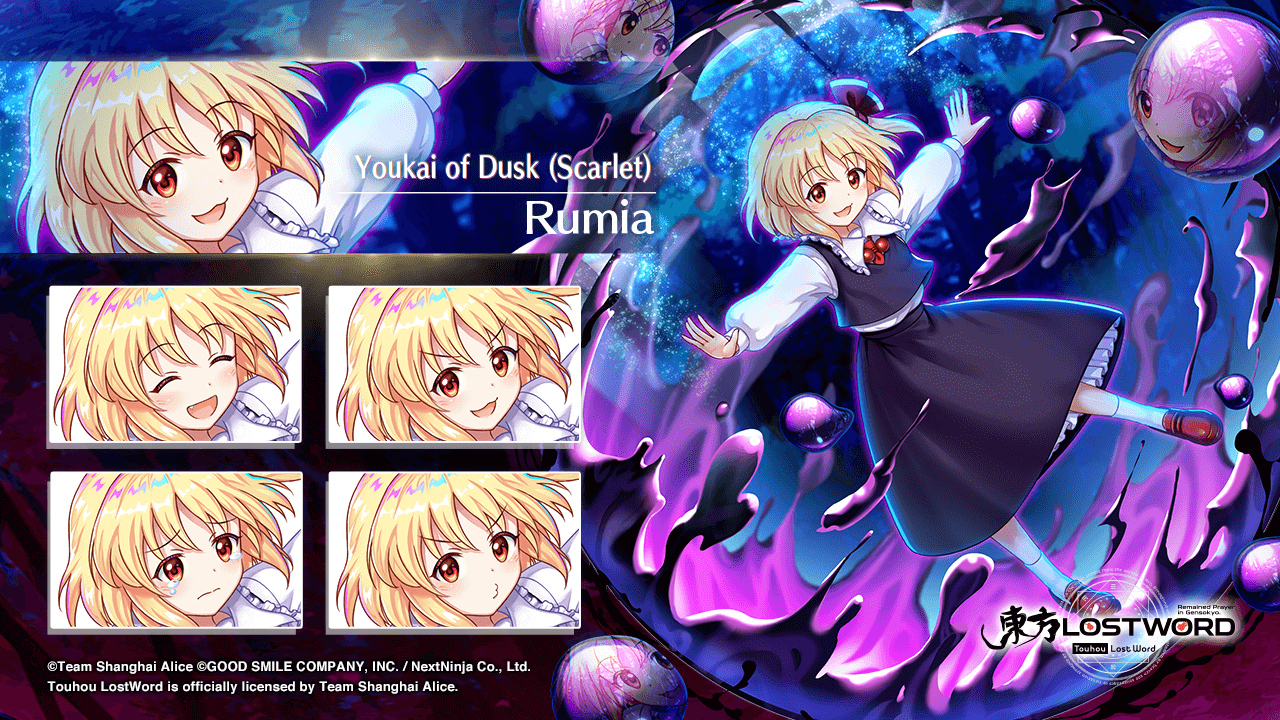 If you need a powerful AOE breakers who debuffs Crit. There’s something addictive about a Friend who can instantly erase up to 4 barriers without even factoring in Elemental weaknesses with nothing but her Blind devouring bullets. Rumia will quickly lay waste to teams that aren’t immune to Blind while also laying down plenty of Crit debuffs for others to mop up. In a pinch, she also functions as a tank who can take hits and come out unscathed, especially with good RNG.

She’ll need a lot of personal support to do the mopping up herself, as she lacks Yin ATK buffs and killers to guarantee those Crits. Her Accuracy situation is also somewhat shaky, with innate buffs built into her Spell Cards that require some Spirit P investment. If you like T-Posing friends with a dash of Scarlet madness, Rumia’s the waifu for you. 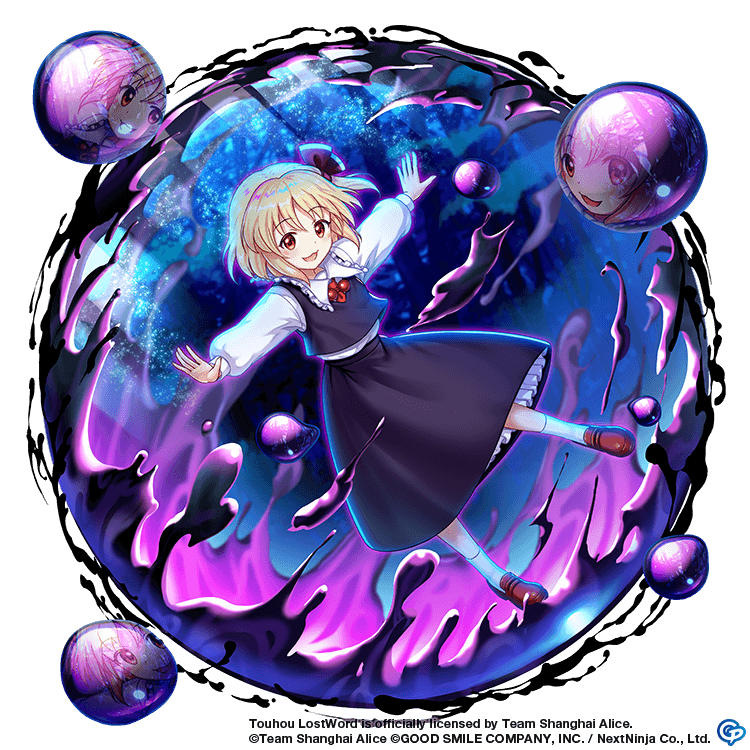 Rumia’s darkness now comes tinged with a spot of blood magic, manifesting in a Destruction-Class Friend who focuses on spreading her Blindness to her foes with an extra serving of Crit debuffs, allowing her allies to feast well upon the remains of her enemies.

Her second Spell Card takes the cake when paired with her first Skill, allowing her to break 4 Blind Barriers instantly when boosted twice. Blind breaking also features in her Last Word and Focus Shot.

Rumia has several layers of damage nullification, depending on how lucky she is with her passives. Her ability to recover both Barriers and HP allows her to stay healthy in prolonged battles.

Unusual for modern Friends is Rumia’s slow Accuracy gain, which is locked behind her Spell Cards and mostly require Spirit P expenditure to unlock. Keep some Acc support handy in the form of Story Cards or Friends.

Although Rumia can debuff to high hell, her kit lacks any buffs to Yin ATK, as well as meaningful killers, meaning she’ll need additional support to increase her personal output.