Yes. Defense-oriented Friends are in a somewhat strange part, partially thanks to the Focus rework that increased the damage that Focus UP Friends take from All-target attacks. This made quite a few Friends such as Mamizou Futatsuiwa and Kanako Yasaka somewhat outdated (and Byakuren Hijiri even worse), with Friends like Reimu Hakurei and Yukari Yakumo being fine due to restoring Barriers for defense. B5 Reisen, the Lunatic Space Youkai, is an insanely strong Defense Friend that not only hits hard, but has vast elemental breaking utility and insane endurance.

As with other current 1st Anniversary banners, the competition mainly boils down to E1 Flandre Scarlet, A7 Yukari Yakumo, and A7 Alice Margatroid. Fortunately, both Flandre and Yukari will end shortly, leaving less options to compete against “meta” reasons to select Reisen, if being one of the greatest defense Friends wasn’t enough for you.

There might not be a God Crystal Step-UP, but just like the other Ultra Festival 1st Anniversary Prayers, you get 2x the Fortune Dust if you do a God Crystal pull, doubling your Fortune Dust collection if you want to pull with a better chance of getting a Friend. 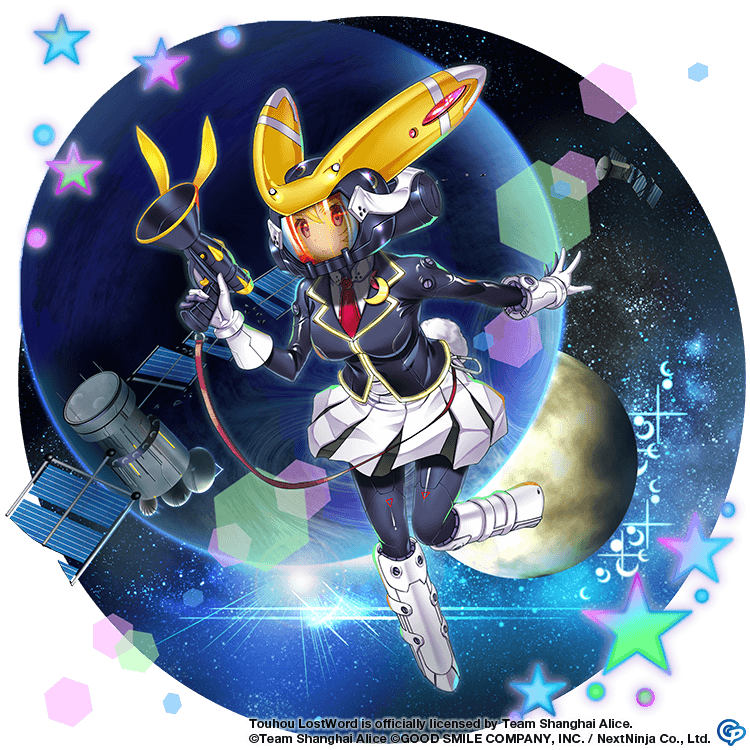 + 0P Star Focus shot
+ Amazing Yin tank with 10+ levels of Yin DEF UP; with for herself and party
+ Devastating set-up damage potential thanks to heavy Hard scaling
+ Rich in Moon and Star breaks on spells
+ Extra utility due to Blind anomaly breaks on SC1 and LW
- Team buffs are solely defensive, not really benefiting party’s nuking potential 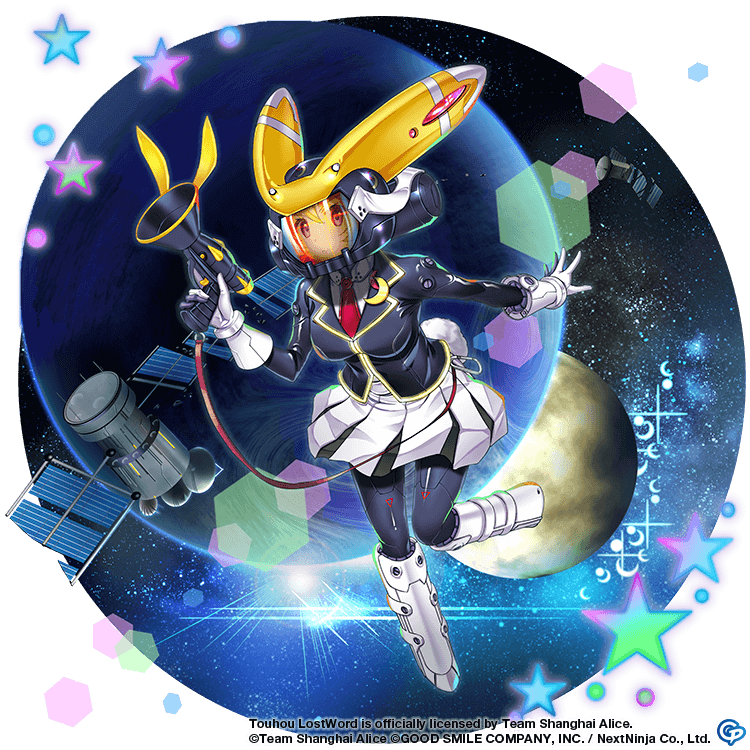 Currently, we really do not know much about Reisen Udongein Inaba from the B5 Multiverse. She seems to be working together with B2 Junko, sure, but why are they even from different diverging worlds? In mainline Touhou, Reisen’s only connection comes from Touhou 15: Legacy of Lunatic Kingdom, in which Reisen protected the Lunar Capital from the threat of Junko, who was searching for revenge on Chang’e. After showing her strength to both Junko and her friend, Hecatia Lapislazuli, it appeared that Junko began to take an interest in Reisen’s strength. In LostWord, this interest has gone full-circle, having this alternative version of the lunar rabbit collaborating with B2 Junko as they cast fear throughout the vast reaches of space.

The attacks that Reisen shows off makes you glad that this threat is on your side. Every shot and spell that Reisen uses has a small bit of Absorb at the start, allowing Reisen to absorb the fear (...and HP) from her foes and regain health. This is a detail that becomes very important when combined with a Characteristic that will be mentioned later. As for what else her attacks do, her Focus shot is a simple yet useful Solo-target 0P Star break. The rest of her breaks on her spells have the same overall spread of Moon and Star, making Reisen a very efficient breaker for both elements. All of their pre-ATK effects have practical applications as well. Her first spell, Lunar Surface Ricochet (Lunatic Double), can debuff a target’s Yin ATK by 3 levels (3T) to help her survive more hits while her second spell, Earth’s Surface Ricochet (Lunatic Echo), grants the entire party 3 levels of Yin DEF UP (3T) along with applying 2 layers of Blind on all foes after the spell. Finally, her Last Word, Light Wind Lunatic Moon (Lunatic Rays), grants her a heaping 4 levels of Yin ATK UP (1T) and 3 levels of Yin DEF UP (3T) to ensure itself a powerful attack when paired up with its Hard scaling. If that wasn’t enough, Reisen has the ability to use Flash bullets, which can break Blind anomalies, via Lunar Surface Ricochet (Lunatic Double)’s 2nd and 6th bullet lines and Light Wind Lunatic Moon (Lunatic Rays)’s 6th bullet lines.

When it comes to skills, Reisen solidifies her defensive and survival prowess. Her first skill, Electric Armor, is a 70% HP heal, as well as 4 levels of Focus UP (3T) and 3 levels of Yin DEF UP (3T). This skill allows Reisen to shake off any damage she previously took while preparing to tank some more. Mind Dope, Reisen’s second skill, takes a more offensive turn by raising her Spirit Power by 1.50, increasing her Yin ATK by 2 levels (1T), and increasing her Accuracy by 3 levels (2T) to help boost her damage output. Last but not least is her third skill, Defensive Invasion, which gives 3 levels of Yang DEF UP to the team (3T) while restoring 1 layer of Barrier for the entire party. Thanks to Reisen’s heavy endurance, it is very easy for her to last a long time in a fight and constantly activate these skills for defense, Barrier restoration, and Spirit Power regeneration.

One final aspect to point out about Reisen’s kit is a very peculiar Characteristic, her second one to be exact: Replaceable Reactive Armor. To sum it up, every time Reisen is at Max HP and gets hit by the enemy, she will take 75% less damage from their attack. This is already a very nice one-time decrease of damage, but its value becomes even higher when considering the rest of her abilities. As previously mentioned, she Absorbs HP for every attack she hits, meaning she will regain HP and potentially be at 100% HP once again to trigger Replaceable Reactive Armor. Not only that, but you can obviously use Electric Armor to reach Max HP as well, along with her ability, Capable of manipulating madness (Erased), to restore 5% of her HP from being inflicted with Burn or Poison, anomalies that can potentially be given from others members in a party. If you weren’t scared of Reisen’s defensive potential due to her high buffs already, this should definitely put you over the edge.

…or not. I mean, she is helping us at the moment.