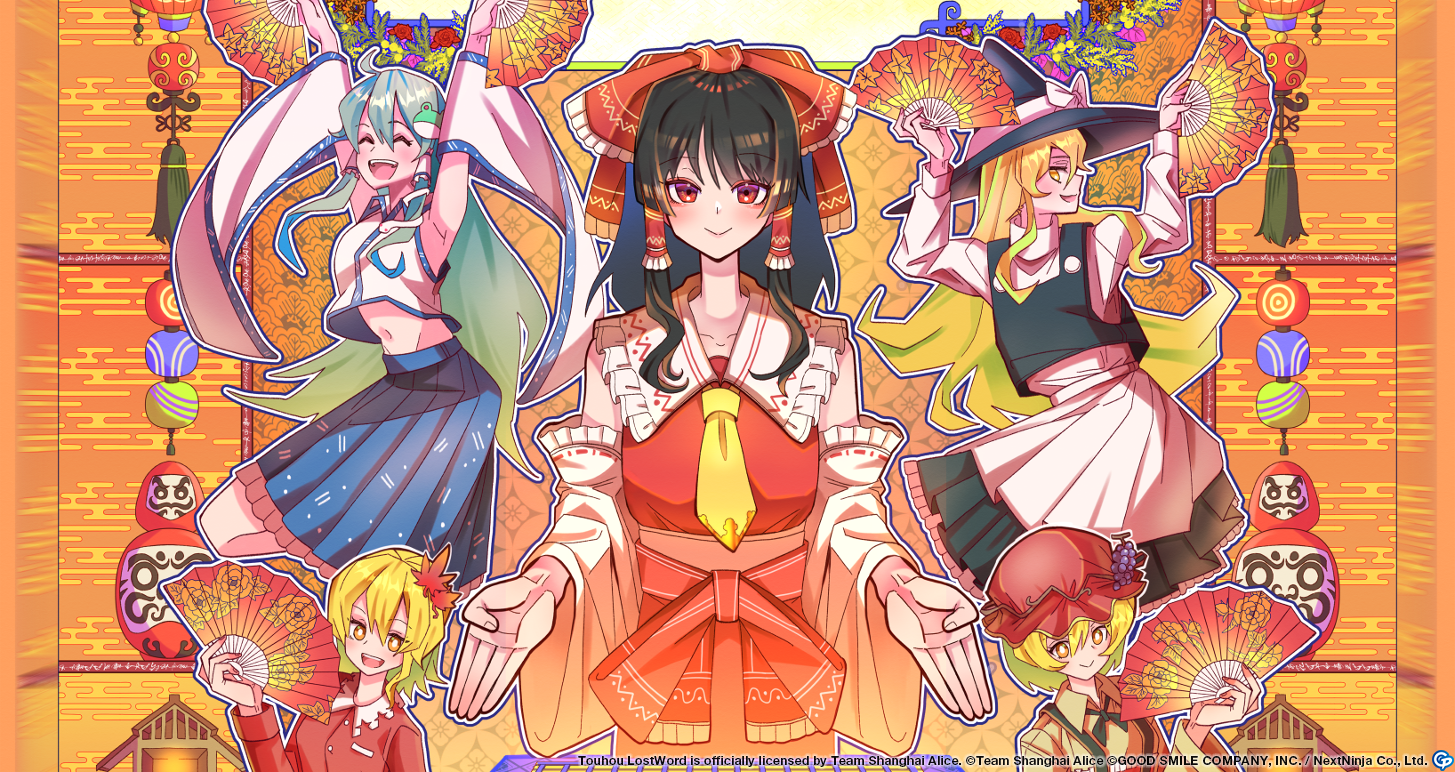 Story 1
It is that time of year again. Marisa is on the roof looking down on Hakurei Shrine with a smile. It is much more active than usual, with Reimu flying about in the air and the komainu running around the shrine grounds. From far and wide, from other shrines to deep in the mountains, people have gathered within the shrine. Hakurei Shrine's Reitaisai has begun.
Story 2
Once per year, festivals are held for deities and on days of historical significance to the shrine. These are called Reitaisai because they are the grandest of the festivals that are held in religious service. Officially, they are called Taisaishikireisai (literally meaning "a regular festival in the form of a grand festival" in Japanese), but they have come to be known as Reitaisai among the general populace. For shrines that worship gods who are deified people, these festivals are held on that person's birthday or day of passing. However, some other shrines hold Reitaisai to celebrate one of the four seasons.
Story 3
To the gods who live in Gensokyo, festivals are similar to a battle. Or maybe the opposite is true. Perhaps the distinction is so unclear because battles have become like festivals in the world of youkai. Even battles of bullets done for fun become battles over faith if performed in front of an audience as worshippers will flock to the victor and abandon the loser.
Story 4
Humans are not the only ones to grow restless with the seasonal festivals, nor are the Goddesses of Autumn. To the many gods and their ardent religious supporters, Reitaisai, like no other, is a festival to earn religious favor. Because of that, it is looked on with great importance. As a result, the more believers that gather, the more colorful the bullet-covered sky of Gensokyo becomes.
Story 5
Throughout Gensokyo, those with exceptional strength hold their breath in anticipation of the announcement that will start the festival. The most appropriate one to lead such a grand festival (one that encompasses the whole of Gensokyo) is a girl with a shrine to the far east. Reimu opens her arms wide and gives her announcement to the visitors of her shrine. "The offering box is right here!"